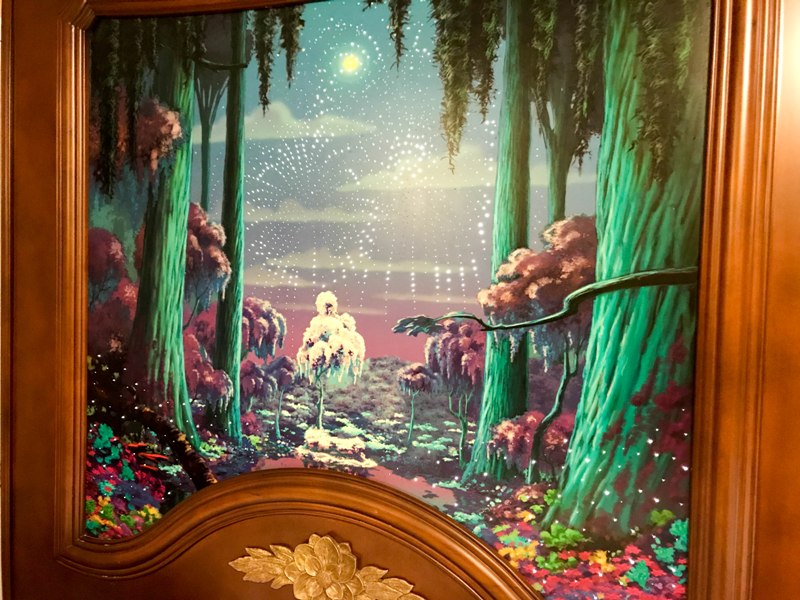 Deciding where to stay for our Walt Disney World visit earlier this year was a challenge. For my first visit I was spoiled by staying at Disney’s Yacht Club Resort for Disney Social Media Moms conference and being in walking distance to my favorite park, Epcot. But, the regular rates are pretty steep, so I decided to book a room off-property at the Swan and Dolphin hotel. The rate was much more affordable, and while I was bummed to be staying at a non-Disney hotel, I was happy to be close to Epcot.

But, I kept checking hotel rates and availability as we got closer and closer to our trip, and one day I noticed something magical. A Royal Room at Disney’s Port Orleans Riverside popped up, and the rate was even lower than the Swan & Dolphin rate I had already reserved. It was a chance I couldn’t pass up! So I switched the reservations and I’m so glad I did. The Royal Room was absolutely charming and the grounds of Disney’s Port Orleans Riverside were beautiful. 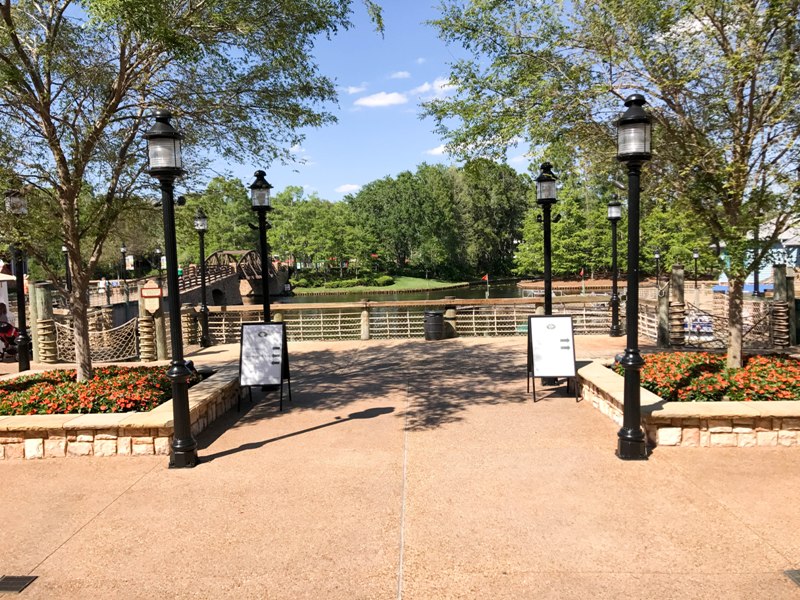 The Royal Rooms are princess-themed hotel rooms located in the Magnolia Bend section of the resort. There are several Royal Rooms available but they are in high demand, so if you want one it’s best to book it early (or get lucky, like I did!). 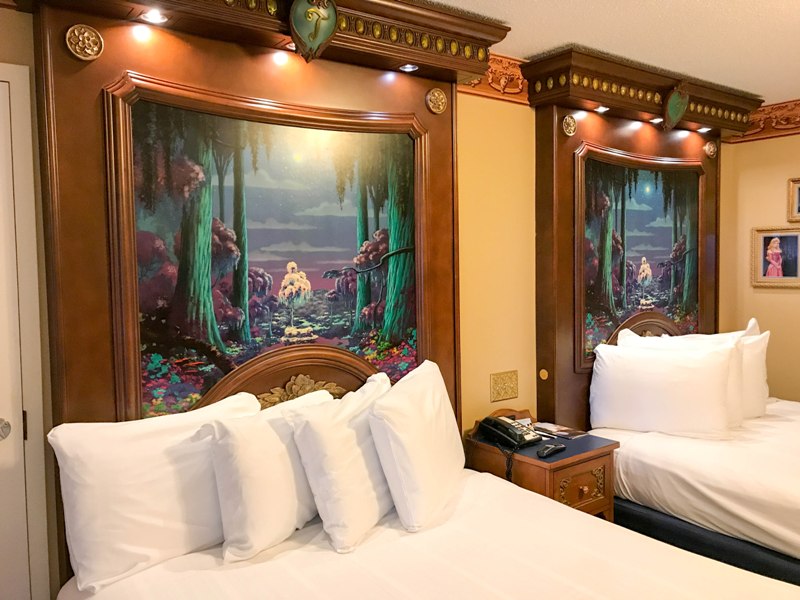 The Royal Rooms pay tribute to the princesses but the rooms aren’t feminine. The rooms are decorated with dark wood and gold accents that are perfect for the whole family. The real fun of the Royal Rooms are checking out all the little details from the wallpaper border, to the pictures on the wall, to even the sink faucet. 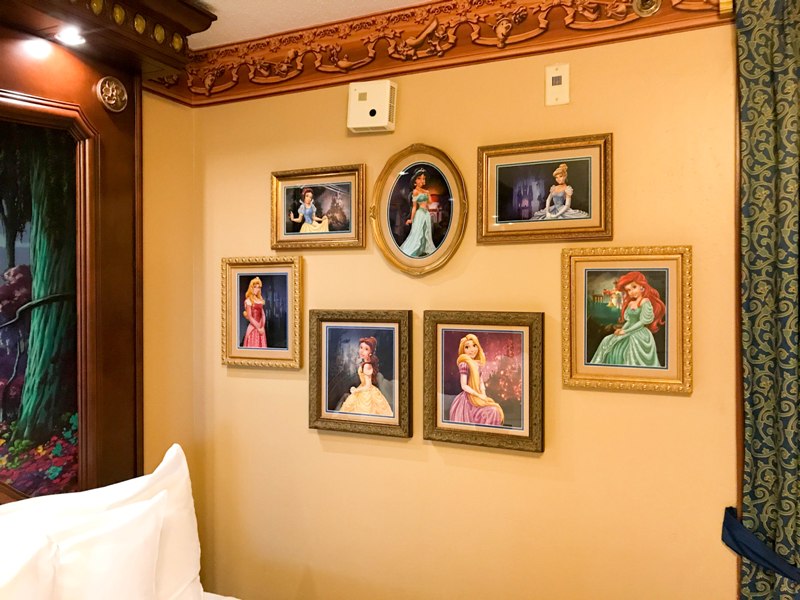 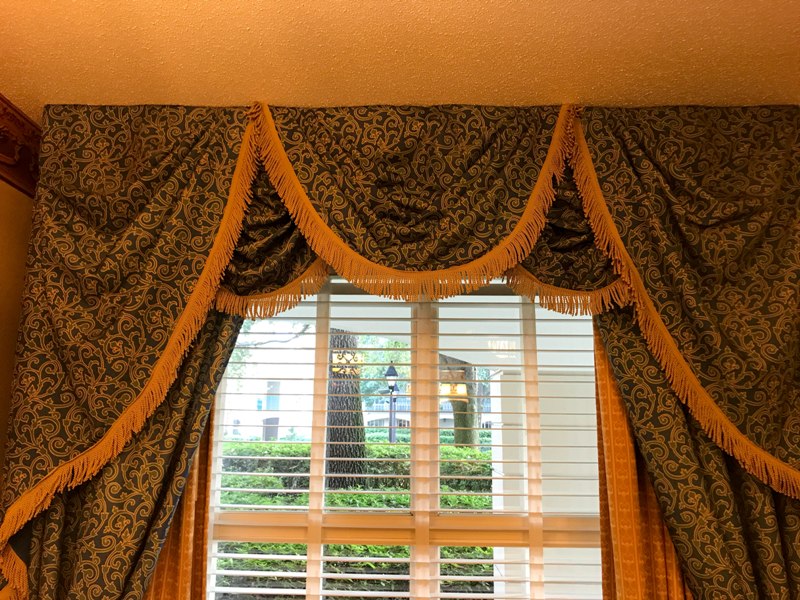 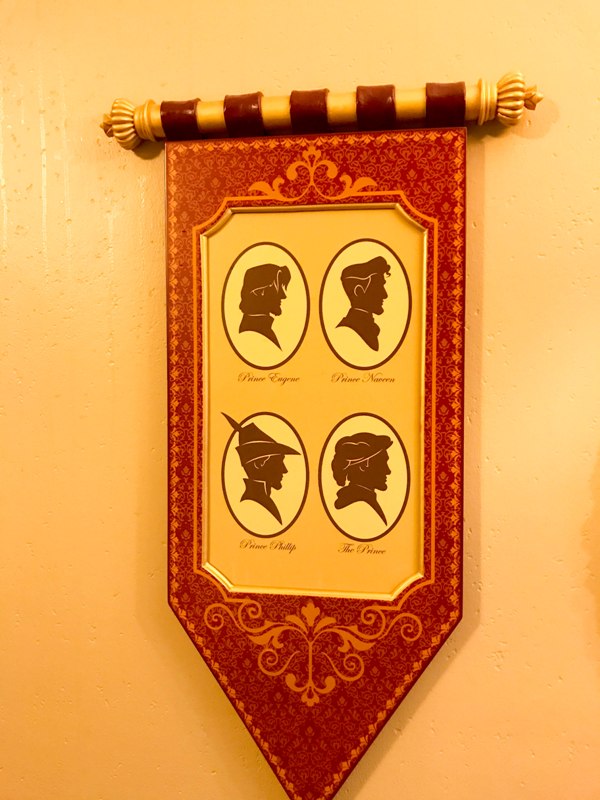 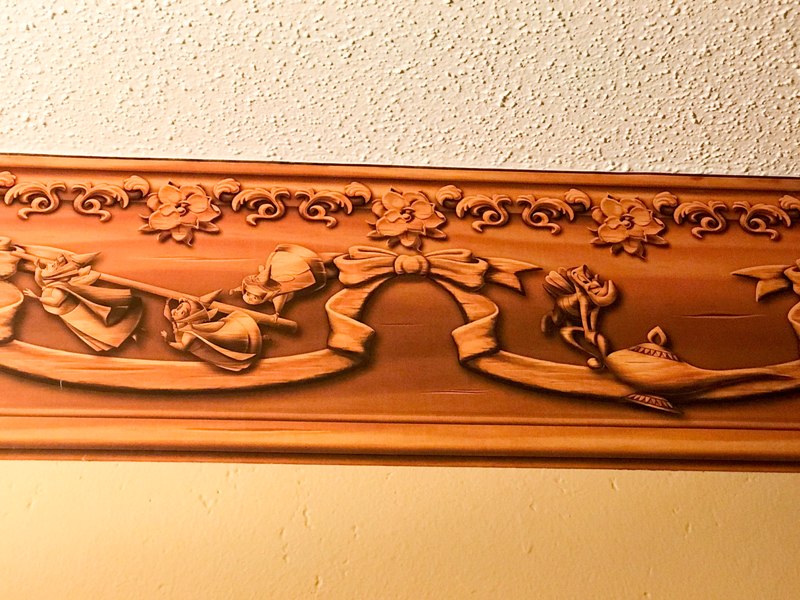 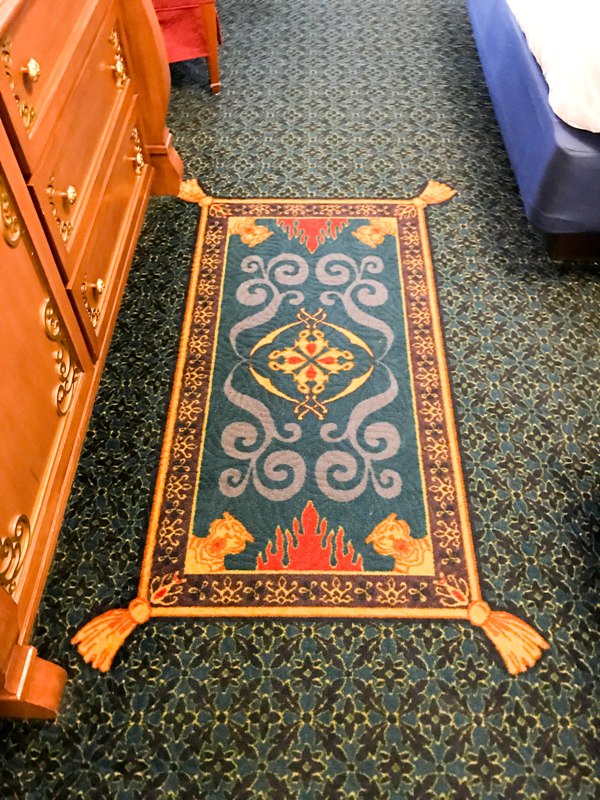 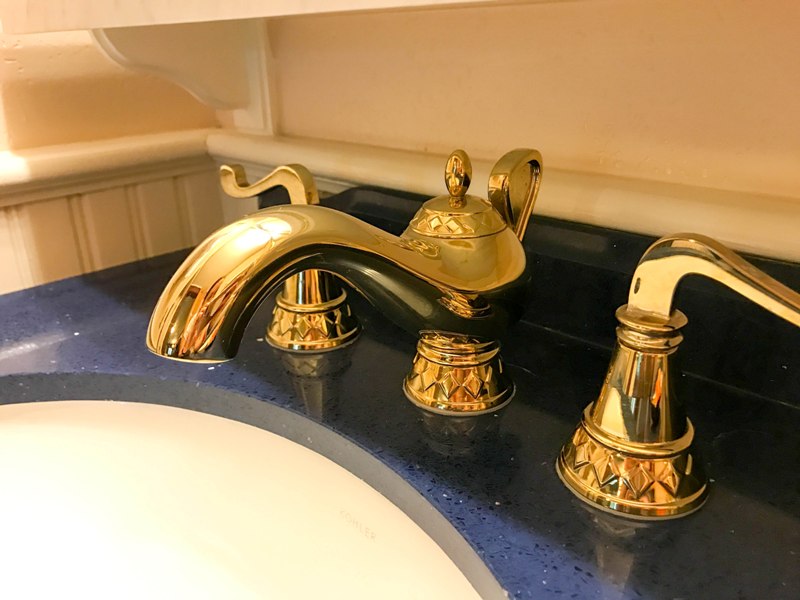 Port Orleans Riverside is a Moderate Resort so the rooms are on the small side, but plenty adequate for two adults. We had a room with two queen beds which is the only option for Royal Rooms. It actually worked out well for us since I had to wake up early for two mornings of our vacation due to RunDisney races. I had my own space to fall asleep early and wake up early without disturbing my husband.

There is a split bathroom, with the vanity separate from the bathtub and the toilet. There is no formal closet but there is a closet rod adjacent to the vanity. There are also dresser drawers below the TV. To be honest, I wish we had a little more storage space considering we were there for a whole week, and I had a lot of extra stuff due to my races. I ended up using my suitcase for additional storage, which isn’t ideal but worked out fine. 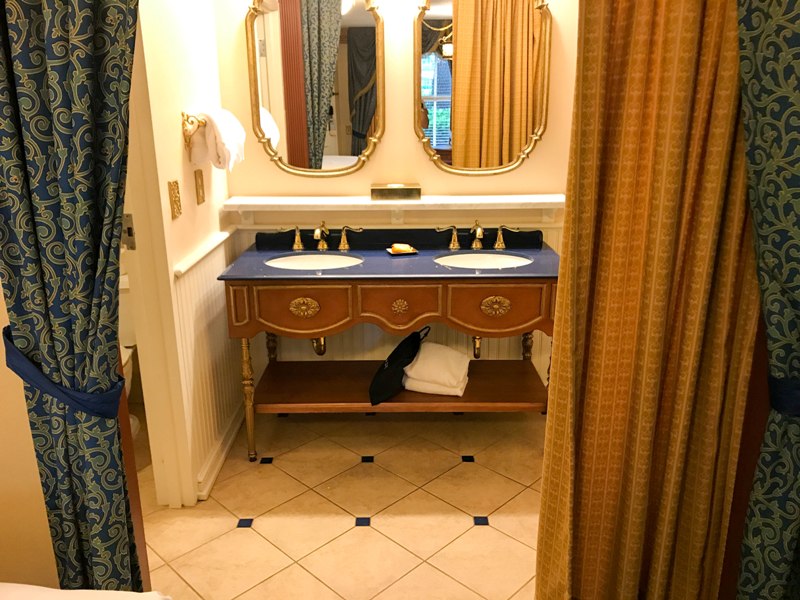 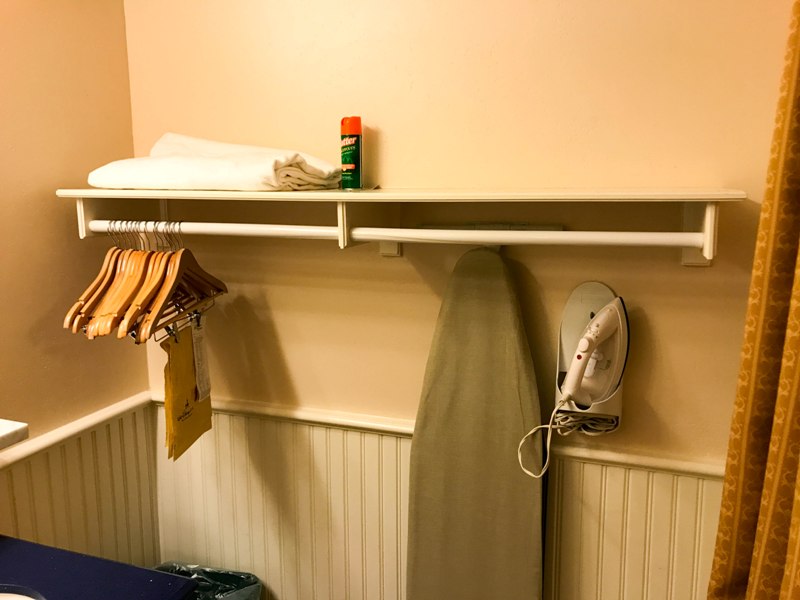 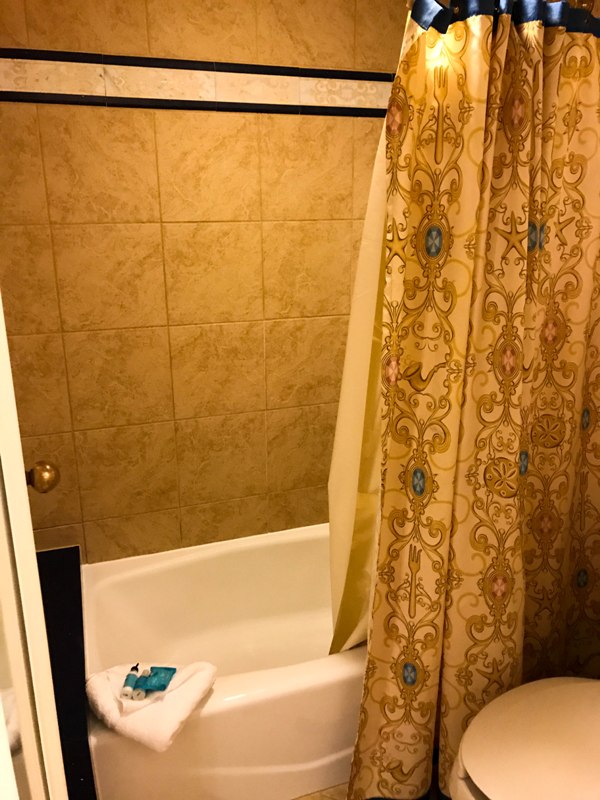 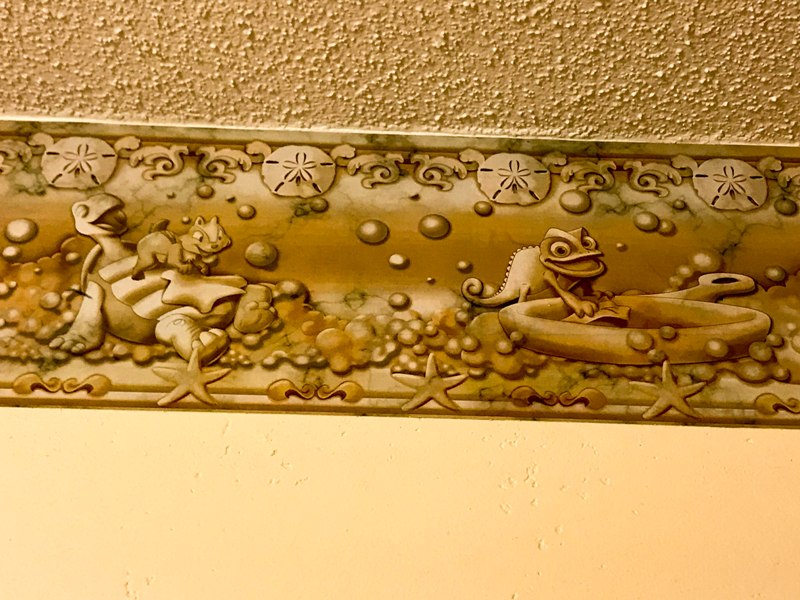 The room comes with the standard amenities – a mini-fridge, coffee maker, iron and ironing board, etc. With all of our devices, I wish they had more outlets by the bedside table. I always travel with an extension cord and USB adapters, and they certainly came in handy here. 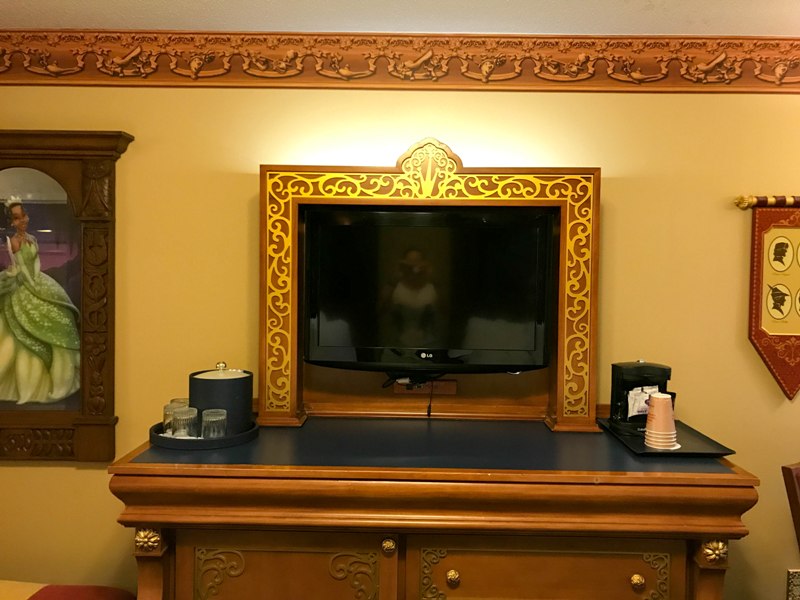 One of the most magical aspects of the room are the headboards. The headboards depict a pretty scene straight out of The Princess and the Frog, but it also includes little fiber optic lights that create a firework show when you flip the switch (watch the video below for the full effect).

As for the resort itself, the grounds are very pretty. We had a ground floor room with a “Garden View” but honestly we weren’t in the room too much to even pay attention to the view. But it made for a nice backdrop for post-race photos! 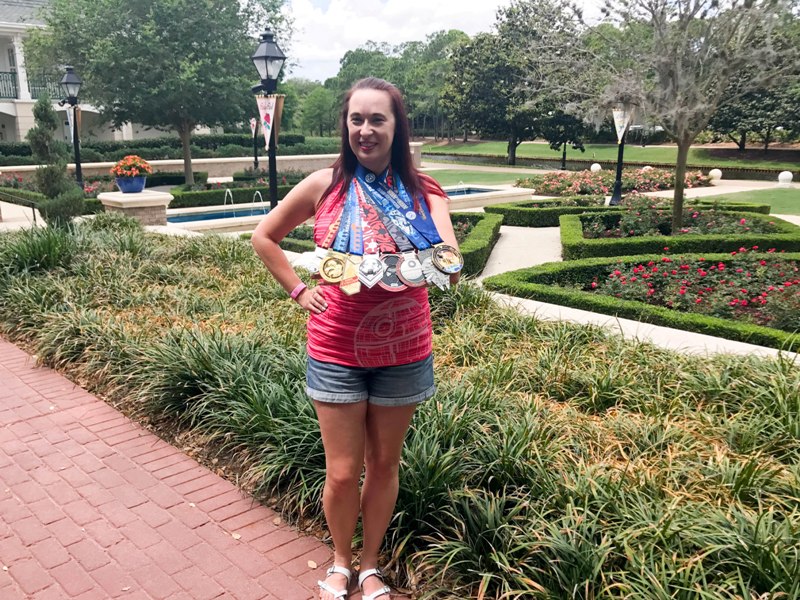 We didn’t spend too much time exploring the resort because we were simply busy with other things. While we waited to check into our room we did have a Hurricane cocktail at the River Roost lounge and it provided a nice cozy atmosphere. We never ate at the Boatwright’s restaurant, but I actually ate at the restaurant when I stayed at Walt Disney World a couple years ago and can confirm the gumbo is delicious. 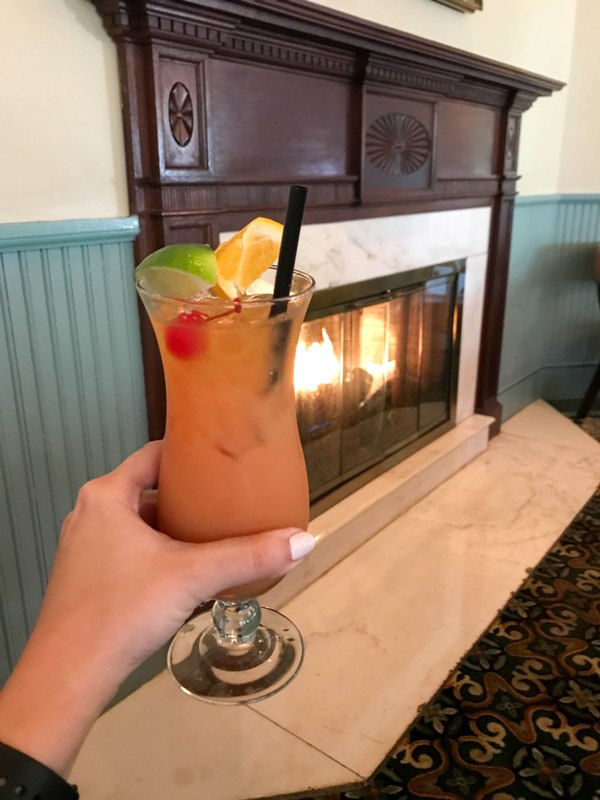 The resort has a meandering pathway along side the Sassagoula River and the pathway connects to the Port Orleans French Quarter resort. You’ll often see horse drawn carriages or surrey bikes along the path. We took the boat to Disney Springs once, which was fun even though it started pouring during our trip (and then in typical Florida fashion, it was sunny again five minutes later). The boat ride on the river is convenient and a bit romantic. In fact, I think the Port Orleans resorts are great for couples since the grounds are so charming. We didn’t have a chance to check out the pool area so I can’t comment on what it’s like. 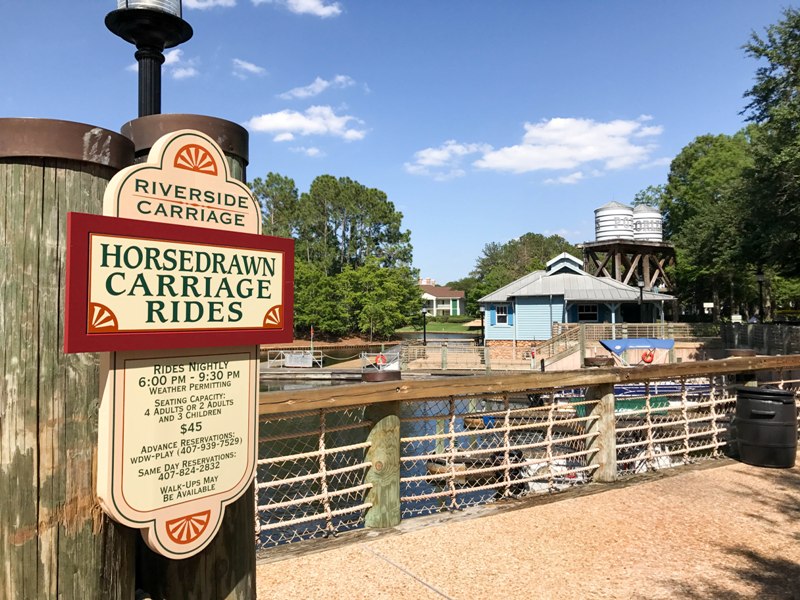 Here is a view of the Magnolia Bend “mansions” where the Royal Rooms are located, from the Disney Springs boat. 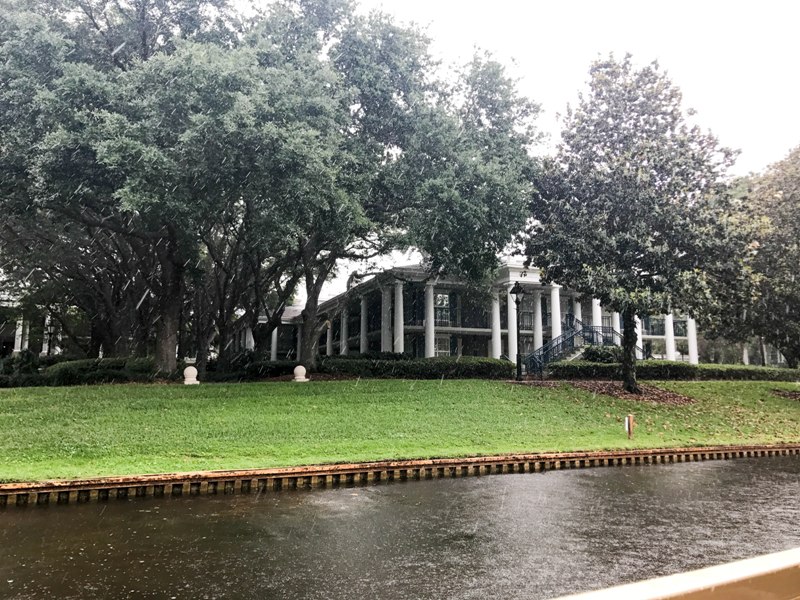 Port Orleans Riverside is a large resort and it has four bus stops, so be aware that you might be waiting on the bus a little longer than a resort that only has one bus stop. Due to this, we treated ourselves to using a ride share service a few times, especially when coming back to the hotel late at night. 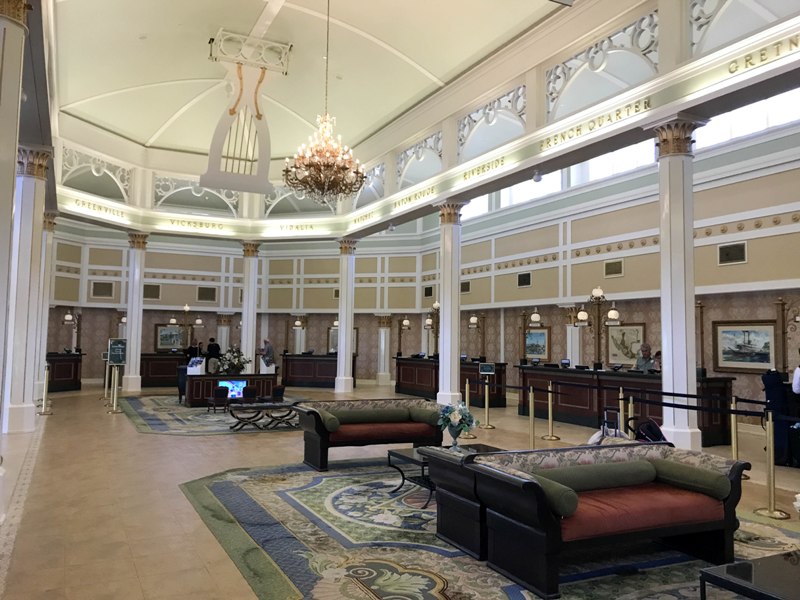 I did a video room tour, which you can watch here. Be sure to watch all the way to the end so you can see the headboards in action!

Overall I really enjoyed our stay at the Port Orleans Riverside Royal Room. Disney did a really great job with all the details and I wouldn’t hesitate to stay in a Royal Room again in the future (unless I can get a really good deal at an Epcot resort)!