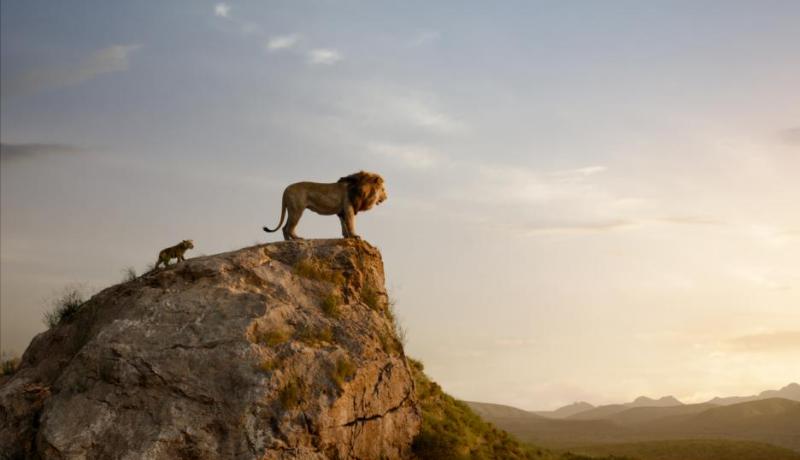 I can still remember the first time I watched the original The Lion King. The opening, with the sunrise and the first note of Circle of Life blaring through the theater, was like nothing I had seen. It gave me chills, and when I saw the “live action” remake earlier this week, I had the same feeling of anticipation and excitement when that first note filled the theater.

For everyone that grew up with the animated classic, this new The Lion King will send you down a river of nostalgia. It’s not a shot-for-shot remake, and there are plenty of surprise moments, but when a movie is as perfect as the original The Lion King, you truly don’t want to mess with it too much. Director Jon Favreau and team did a great job of upholding everything we love about the original animated film and mixing it with aspects of The Lion King stage musical, to create a new classic for the next generation. 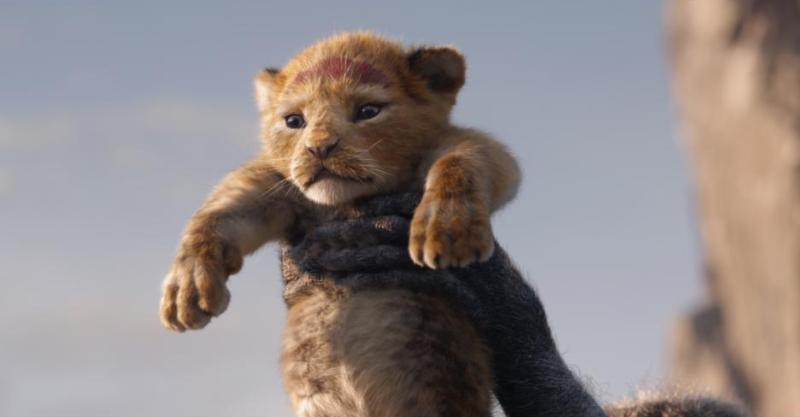 Official description:
Disney’s “The Lion King,” directed by Jon Favreau, journeys to the African savanna where a future king is born. Simba idolizes his father, King Mufasa, and takes to heart his own royal destiny. But not everyone in the kingdom celebrates the new cub’s arrival. Scar, Mufasa’s brother—and former heir to the throne—has plans of his own. The battle for Pride Rock is ravaged with betrayal, tragedy and drama, ultimately resulting in Simba’s exile. With help from a curious pair of newfound friends, Simba will have to figure out how to grow up and take back what is rightfully his. Staying true to the classic story, Favreau utilizes pioneering filmmaking techniques to bring the iconic characters to the big screen in a whole new way. Disney’s “The Lion King” opens in U.S. theaters on July 19, 2019.

My video review of The Lion King:

The star of the show, honestly, is the animation. Nearly the entire film is CGI, which is astounding. There is only one scene that Favreau said is a real scene, but I couldn’t figure out which one it was! The technology is simply breathtaking and I found myself having to remind myself that the gorgeous landscapes I was looking at were animated. Go see this movie on the biggest screen you can, IMAX if possible. 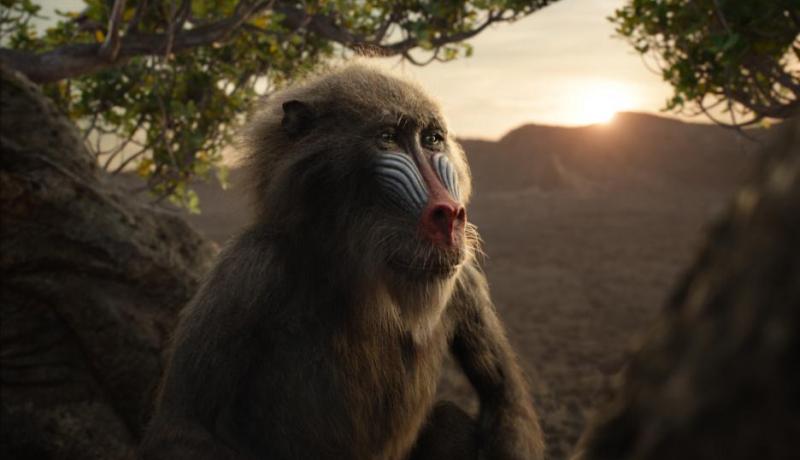 Like I said earlier, this version of The Lion King follows the original story pretty faithfully and has most of the same dialogue. The music is fantastic and well produced. Beyonce’s new song, Spirit, fits in well.

Most of the differences in the film come from the comedic relief. Billy Eichner and Seth Rogen are fantastic as Timon and Pumbaa, perhaps my favorite characters in this remake. You can tell they had a lot of fun with the roles and were given some leeway for improvisation. During interviews they confirmed they recorded together (which is rare in animation) and they also weren’t sure which of their lines were going to end up in the final film until they watched it at The Lion King world premiere! 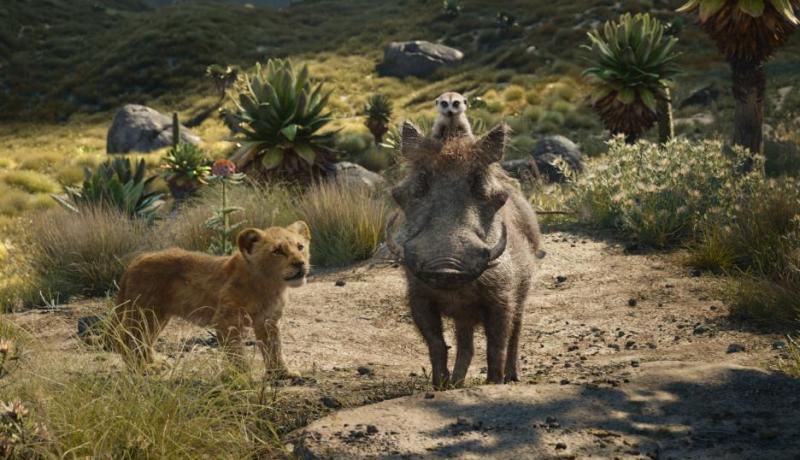 Another great comedy duo in the film, who did not get enough screen time, were Keegan-Michael Key and Eric Andre as hyenas Azizi and Kamari. These two had a fun buddy routine going on and I dug it.

Another highlight for me was John Oliver as Zazu. As a big Rowan Atkinson fan, I was skeptical about this casting decision. But John does a fantastic job as the uppity hornbill.

As far as Donald Glover and Beyonce as adult Simba and Nala … well … let’s just say I don’t think either of them have a future in voice acting. I found their performances to be a bit dull and emotionless. But, the casting was worth it alone to have their version of Can You Feel the Love Tonight, which is absolute perfection. Glover also sounds great during Hakuna Matata, but for sure Rogen and Eichner steal the song (keep an eye out for Baby Pumbaa during this song … so cute). 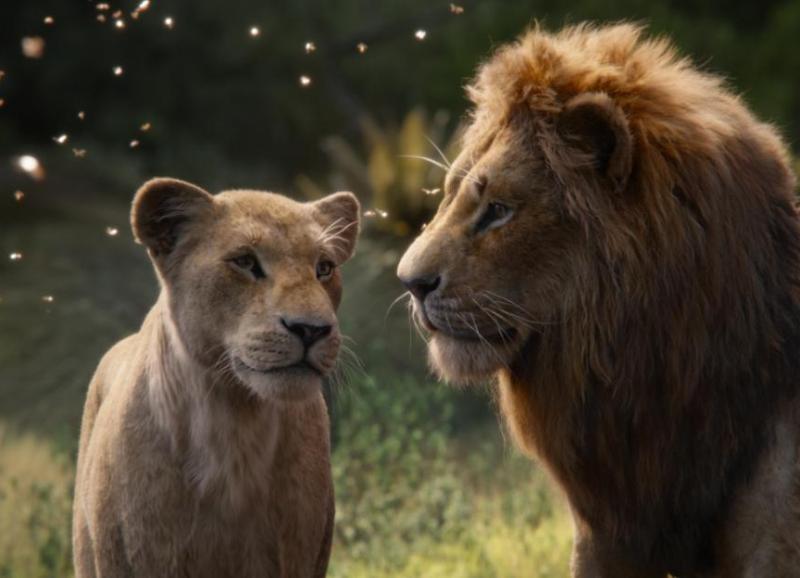 One other major issue with the film is the challenge of conveying emotion. While the animation is stunning and the animals look great, we all know animals don’t emote the way humans do. And the reason why Disney animated films about animals are so compelling is because the animators can cheat a little bit and add those physical emotions to the characters, making them more relatable. With a “live action” The Lion King, where the characters faces remain mostly static, you had to rely on dialogue and nostalgia to bring those emotions to the surface.

While on the subject of how visually realistic this movie is, if you have sensitive kiddos they may find some of the scenes to be too much (elephant graveyard, the stampede, the finale). It’s kind of like watching a documentary or Disneynature film; it’s tough to watch these “real” animals suffer. 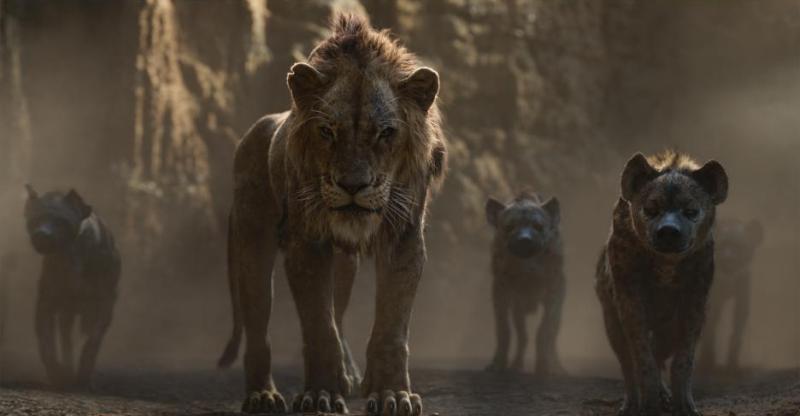 The Lion King remake is truly a cinematic triumph and is worth seeing on the big screen for the animation alone. The big laughs from Timon and Pumbaa balance out the slower moments during the film.

I would rate The Lion King as my second favorite remake, with Aladdin as my #1 favorite. 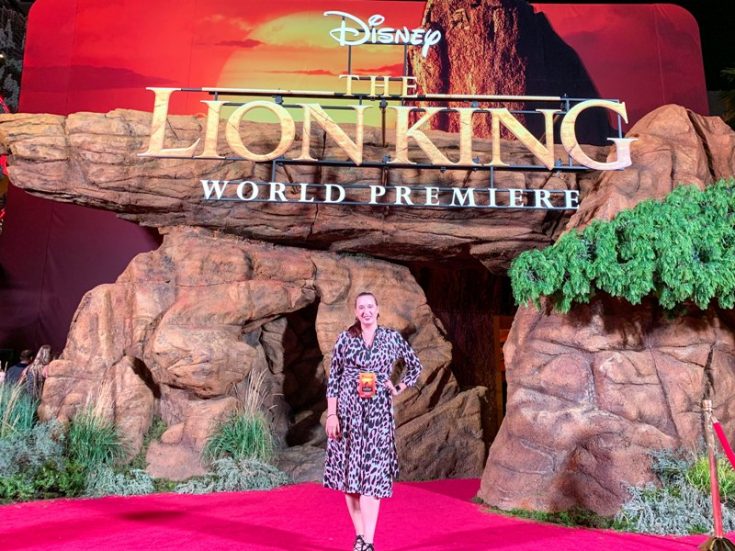 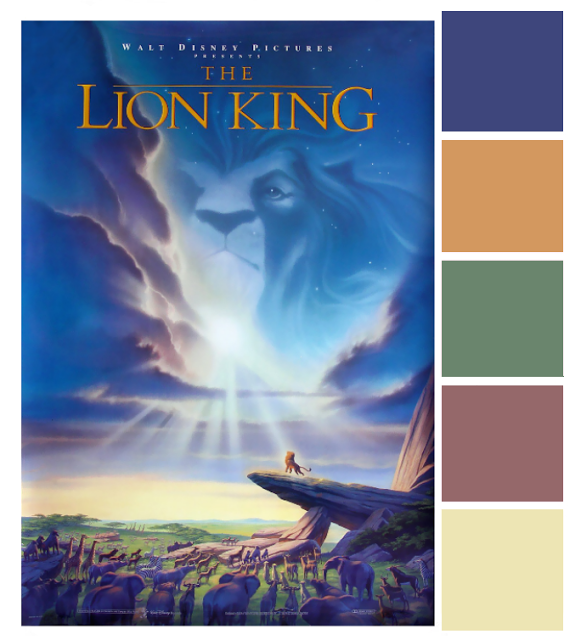 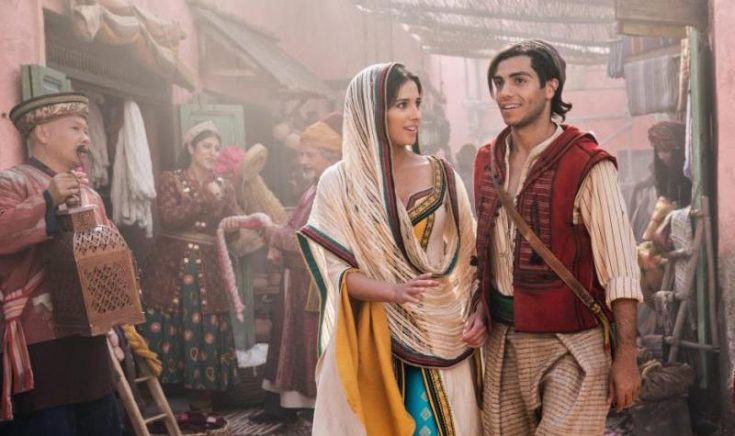