I love a unique and special Disneyland engagement, and this one certainly fits the description!  Nadia and Danny were visiting Disneyland on Bat’s Day – an unofficial annual event where guest dress in their goth finest.  FUN FACT – We were at Disneyland on this exact same day, which was the day after our wedding! 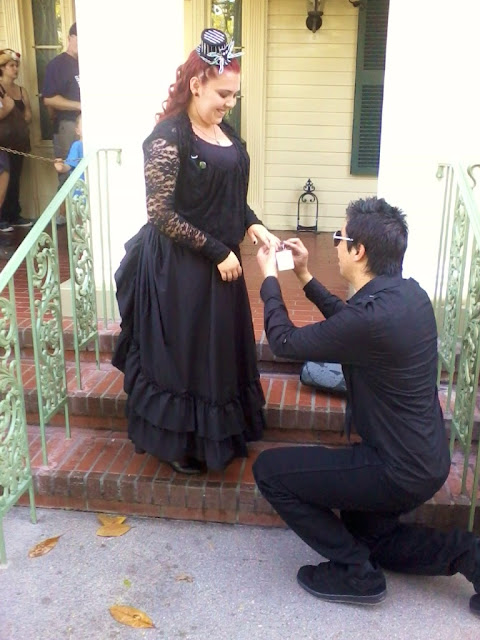 Danny and I met during middle school but didn’t really become friends until we met again in high school. In my senior year in 2008 we quickly became best friends and then started dating. Our first trip to Disneyland together was that summer and he’s been hooked on Disney since. I was already a big fan, and now he has surpassed me in Disney knowledge!

Around the time of our first trip to Disneyland we already knew that we wanted to marry each other some day. We thought it’d be the coolest thing to get engaged in front of the Haunted Mansion. We always say our top two loves is Horror and Disney and the Haunted Mansion is a great mix. Fast forward a couple years and we start to seriously talk about this.  He started to pay for the ring and I casually mentioned that getting engaged at Bat’s Day on May 20, 2012 would be really cool.  So on Bat’s Day, we got dressed up in our goth best and headed out. All day I kept waiting for it to happen. When we’d be in an area of one of the ideas I have him my stomach would get butterflies but then nothing happened. Then in the afternoon he had to leave to check us into our room at the Disneyland Hotel leaving me with my sister who was there with her choir, coincidentally. Suddenly she tells her friend and I that she wants to go to the Haunted Mansion, but she starts recording on her camera. So in my mind I’m thinking, “This is it!” We get there and Danny is waiting outside the queue. He led me up to the front and got the attention of a cast member named Glo. She unhooked the chain for us and Danny led me to the steps. He started in on his speech of how we’ve waited for this for so long and how much he loved me and then got down on one knee. Behind me I could hear some people gasp. I of course said “yes” and he put on the ring while everyone clapped and cheered. I basically jumped him with kisses which is his favorite picture. Then Glo gave us the thumbs up and let us on to the ride, no waiting in line!  Later he told me when we got to Disneyland he had a few proposal ideas but didn’t know which proposal he was doing. I’m glad he choose the Haunted Mansion because it’s a throw back to our early relationship. 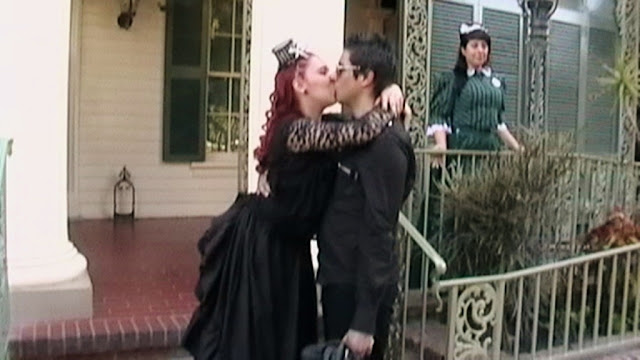 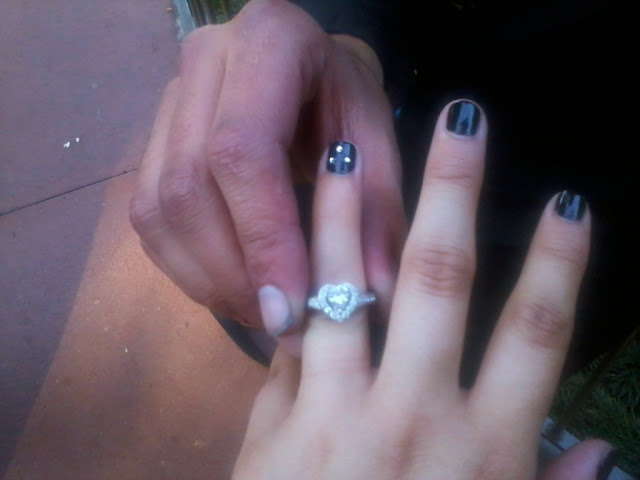 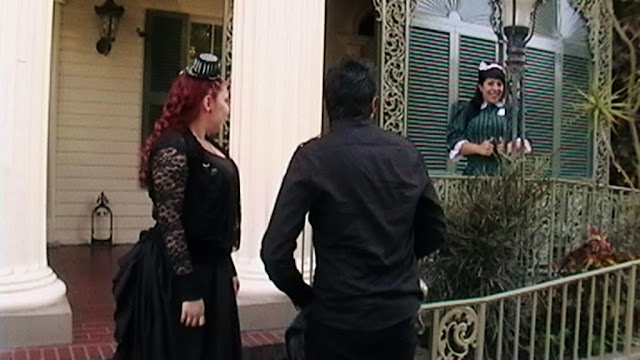 Now we are planning our Disneyland wedding!  Our families knew that it was always going to be at Disneyland. We did some research and found that we could afford it with some help and last year we got our contract. We’re getting married on October 30, 2013 at the Rose Court Garden with a reception at the Wisteria in the Grand Californian with a Haunted Mansion theme (of course)! 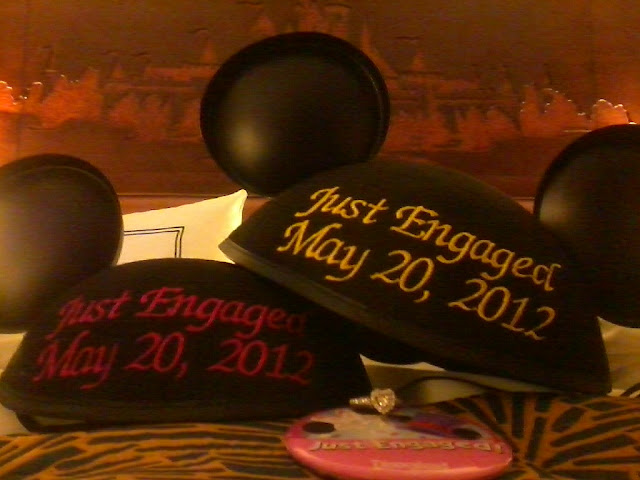