Wow, what a week.  As I alluded to in my last post, our honeymoon cruise was cancelled.  Here’s the whole story:

On Tuesday I was at work (actually in the office) and checking Facebook on my lunch break.  As I was scrolling through my Facebook feed on my phone, I saw something that made my heart sink – a preview of a long status posted by Carnival Cruise Line ambassador John Heald with some “bad news.”  As I waited for my slow phone to load the entire status, I got more and more anxious and more and more sure of what I was about to read, which ended up being the following:

MIAMI (March 19, 2013) – Carnival Cruise Lines has announced the first implementation phase of its fleetwide comprehensive operational review, focused on Carnival Triumph, as well as Carnival Sunshine, which is currently undergoing a previously scheduled dry dock for product enhancements. The cruise line is making significant investments to enhance the level of operating redundancies and the scope of hotel services that can run on emergency power, and further improve each ship’s fire prevention, detection and suppression systems.

Given the necessary lead time to source needed materials and implement the enhancements, Carnival will extend the current out-of-service period for these two ships. Carnival Triumph will now return to service on June 3, 2013, with a total of 10 additional cruises being canceled. Guests on the affected voyages will receive a full refund, reimbursement for non-refundable transportation costs and a 25 percent discount on a future four- to five-day cruise. Carnival Sunshine, which is currently undergoing a multi-week dry dock to complete a comprehensive full-ship makeover, will now enter service May 5, 2013, following the cancellation of two European cruises. Guests on the canceled Carnival Sunshine voyages will receive a full refund, plus reimbursement for any non-refundable travel costs. Additionally, they will receive a 25 percent discount on a future cruise. The additional time out of service will allow for implementation of the enhanced operating redundancies and other measures. “We sincerely regret canceling these cruises and disrupting our guests’ vacation plans,” said Gerry Cahill, Carnival Cruise Lines’ president and CEO. “We are fully committed to applying the recommendations stemming from our fleetwide review and to make whatever investments are needed despite the difficult decision to impact people’s vacations.”

On my hour + drive home from the office, my mind was reeling.  What were we going to do now?  And can we possibly figure out a way to go to Paris?  (I’ve been thinking about Paris a lot lately.)

I came home to a crowded apartment with Mr. BFT’s parents staying with us this week.  We talked about it for a little bit, discussed ways we could salvage our vacation (another cruise? Land trip?) and generally moped around until I announced I needed a drink and some comfort food and we went out for dinner.

That evening (Tuesday), after the in-laws retired to their room for the night, Mr. BFT and I really got into emergency planning mode.  First I checked possible replacement cruises.  There was one cruise on another line that was almost our exact same itinerary and was leaving a few days later but still kept us in our April-only window.  BUT it was sooooo much more expensive than the cruise we were currently booked on.  There were shorter, seven day cruises but nothing seemed to really fit with what we wanted, for the price we wanted.

So then we moved to discussing a land trip.  We wrote down all the places we most would want to go to: Venice, Lake Como, Amalfi Coast, Greek Islands, Paris, London.  We mapped it out and immediately crossed Greece off the list due to traveling logistics.  We then started looking at hotels.  Based on what we paid for the cruise, we needed to find places to stay for under $190 a night.  We spent about an hour researching hotels in Venice, Lake Como, and Paris and getting severe sticker shock before I realized it was midnight and I announced “I think I’d rather just pay the difference for that cruise that’s similar to our cancelled one, than deal with the stress of trying to plan a land trip in three weeks.”  We agreed to revisit the topic in the morning and got ready for bed.  But I couldn’t sleep and cuddled up to Mr. BFT, and he said “Don’t worry, we don’t know what we’re going to do yet but we are going to go on a honeymoon and it’s going to be awesome.”  And I said, “Let’s just do that cruise.” And he said, “You want to seriously look into it further right now?” And we both pulled up the cruise details on our phones, checked dates on the calendar, and inspected our bank accounts.  (Thank you, Apple products.)  I checked the inventory and noted there were about 20-30 balcony rooms still available.  We agreed that in the morning I would check with my boss about rearranging my days off from work, and Mr. BFT would contact his frequent flyer program about changing our flights.

I had an extremely restless night and got about two hours of sleep total. Once out of bed, I pulled up the new cruise and checked the inventory for balcony rooms and noted it was down to about 15. Yikes!  Displaced cruisers must be booking this sailing in droves.  My work day started with calling my boss and getting the okay to reschedule my time off, so step one done.  Meanwhile Mr. BFT was on the phone getting new flight options.  He ended up with two new travel options, both of them seriously inconvenient but at no extra charge.  We put one on hold.  Step two, done.

Before we could book the new cruise, I thought to check to see if I earn a commission with Norwegian through the travel agency I work for part time.  I learned that I can, but I would have to create a new account that takes weeks, so one of my fellow agents agreed to book the trip and give me the commission.  Seriously, so nice of him.  I emailed him all the info, he booked it in a matter of minutes and sent me the confirmation.

By 10am, our new honeymoon was booked.

By noon, all the cabins on the Norwegian Spirit were sold out. We made our decision just in time.

Around 1:00pm, I finally cried.  I cried a lot. I was really exhausted.

There are a lot of “Sunshine Castaways,” as we’ve been calling ourselves, on our new sailing, and we are scrambling to arrange new port tours together.  It’s NOT what I want to be doing right now.  The only thing I should be focusing on is trying to cram two weeks of clothing into a carry-on suitcase and calculating how many Euros I’ll need to buy a bottle of wine in every port.  But, it is what it is.

Here is our new itinerary:

Our new stops are Toulon, France and Mykonos, Greece.  I admit I’m very excited about both of these.  I will be able to say I’ve been to France, and I was bummed we weren’t seeing any of the small Greek islands on our previous tour.  We are losing two stops I had become very excited about – Crete, Greece and Dubrovnik, Croatia.  But not much we can do about that.

So now, we move forward.  We start our research all over again.  We try to get new tours arranged.  We try to get our heart rate back to normal.  Okay, that’s just me.  Mr. BFT seems fine.

A lot of you reached out to me when I broke the news of our cancelled cruise, through social media, texts, emails, etc.  I really appreciate it.  I struggle with one of side of my brain saying, “oh boo hoo, my expensive vacation that most people never get to experience was ruined, my life is tough” and “omg, this trip I’ve been planning FOR A YEAR just got wiped out by a single announcement on Facebook.”  So thanks for being on my side and not making me feel like a total a-hole about this.

Now I’m off to spend a weekend in Newport Beach thanks to my generous in-laws, and due to being out of town and the cluster that was this week, I don’t expect to have much by way of blog posts next week.  Being away from my blogs creates a pain in my stomach that I can’t begin to describe, except to say it really hurts.  I love connecting and sharing with all of you, and when I can’t, it makes me very sad; it even makes me physically ill.  I hope to be back on track soon.  And then leave again for three weeks, and then come back stronger than ever. 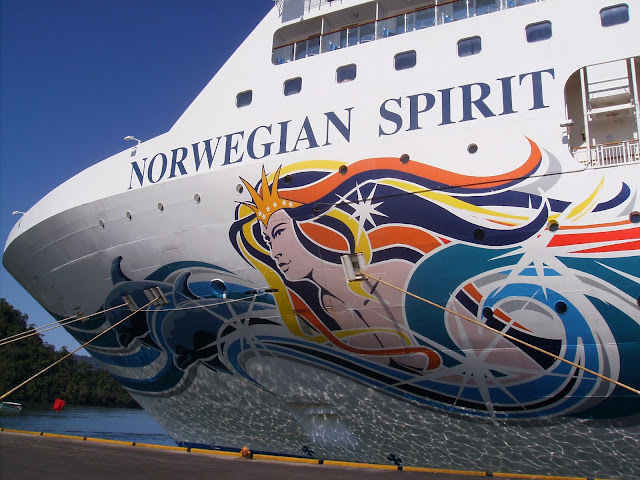