To wrap up our Ultimate Disney Wedding Centerpieces posts, we have the very special head table, decorated for The Little Mermaid.  I want to thank Jamie very much for sharing these details with us (see Part One and Part Two here) and I hope she comes back for more guest posts!

Head Table: The Little Mermaid. Last, but not least, was our head table. This one took the longest to put together, just because there were so many details that went into putting it together (details like … keeping animals alive … haha!). My sister and I spent weeks and weeks gluing starfish, seashells, pearls, and “dinglehoppers” onto fishing nets, which we draped over the front of all the head tables. They were lit from underneath, which provided a really cool effect. We scattered the rest of the shells all over the table, and our table marker was likewise a shell. On either end of the table we had a candelabra with a knife, fork, and spoon in it like Ariel had in her grotto (this was my mom’s idea…she’s pretty brilliant, because that was probably my favorite part of our table.) Chris and I brought home three live beta fish which we named Harry, Ron, and Hermione, and they were part of our head table as well. We brought them home as pets afterwards … Hermione is, in fact, still alive and flipping. She is the longest lived Beta fish I have ever, ever seen! We then had other various glass bowls with stones and lighting in them placed along the front of the table. 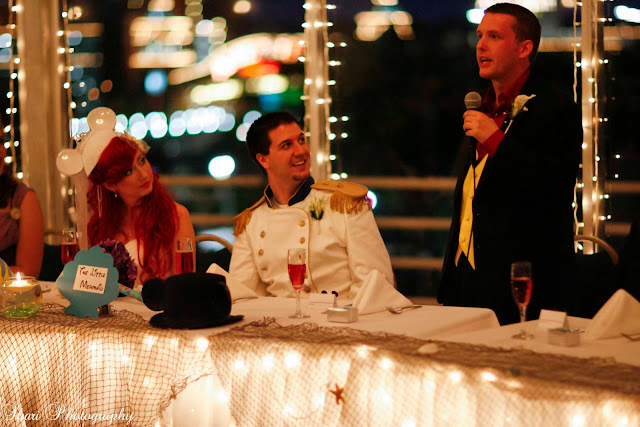 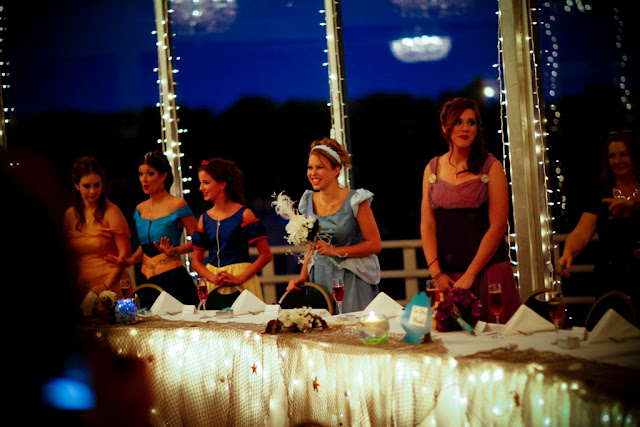 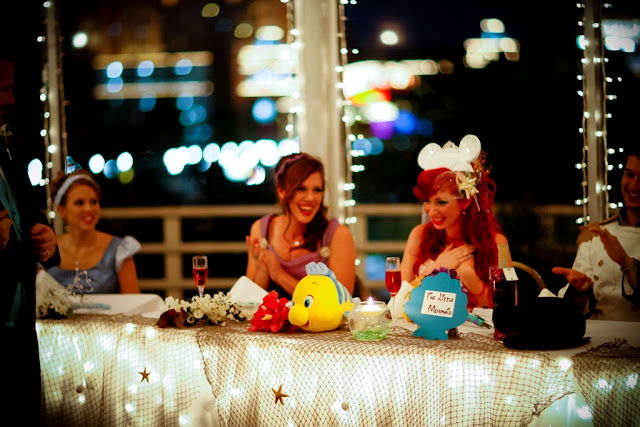 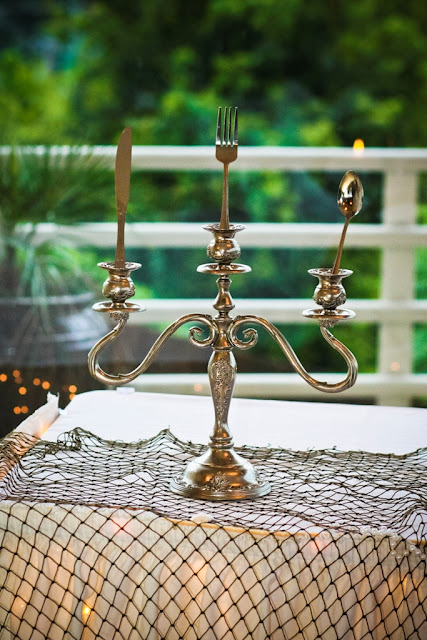 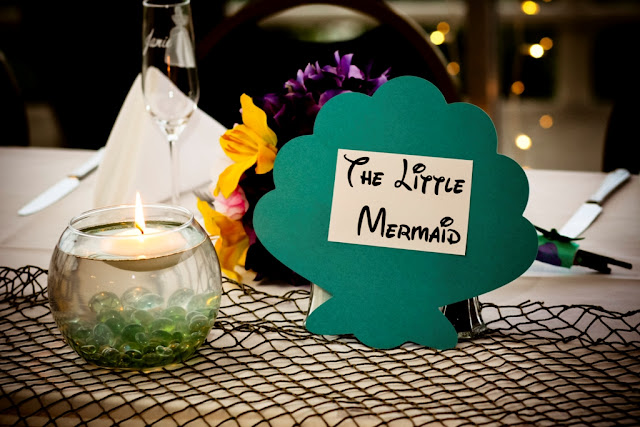 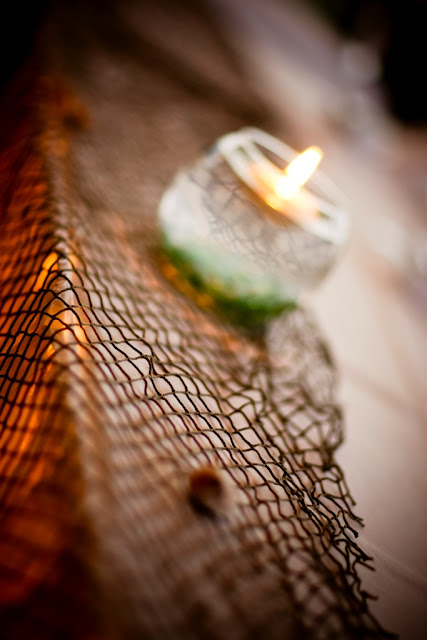 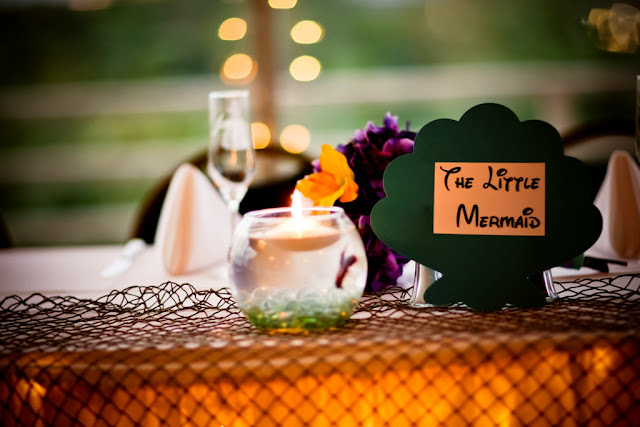