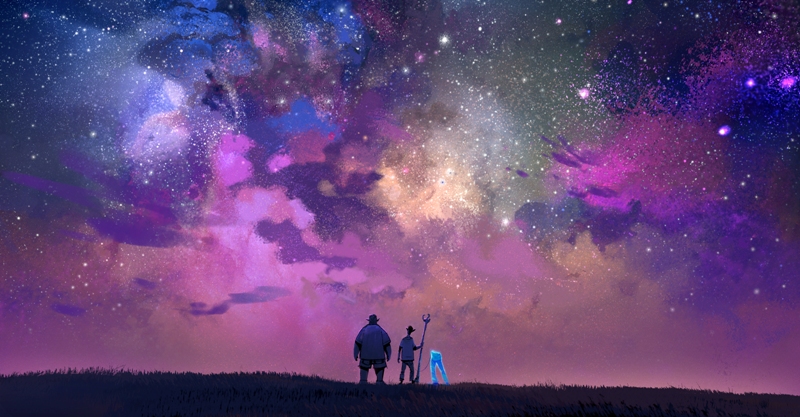 Do you have a Disney bucket list? I certainly do! Staying in the Dream Suite, seeing Walt’s office recreation at the Studios, and traveling to all the international Disney Parks are just a few items on my Disney list.

But I’m very happy to say that Disney helped me cross of one of my MAJOR bucket list items last year! 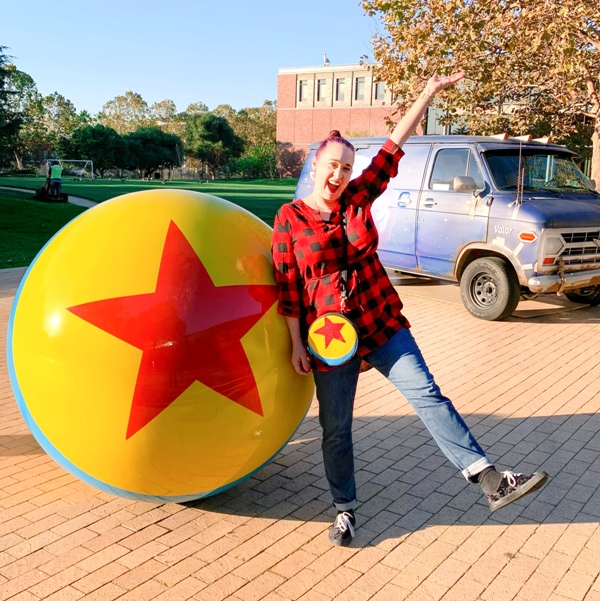 Back in October I was invited to visit the Pixar Studios for an early press day for the upcoming movie Onward, in theaters March 6, 2020! (Watch the trailer below to see if you can tell who I’m Disneybounding as!) This was a total dream come true for me to be selected for this opportunity and to get to visit with the Pixar staff and hear how they bring their fantastic stories to life.

Walking around on the Pixar campus was totally surreal! It really does feel a bit like a university, with large open common spaces, multi-story buildings with cozy nooks, and even a recreation area with a basketball court and swimming pool. Pixar really does create an environment where creativity comes first. Oh, and everyone was SO friendly, especially the folks at the campus cafeteria who made our lattes every day (thank you)!

While at Pixar, we got to screen the first 30 minutes of Onward and a few partially finished scenes. Then we had a full day of Onward panel presentations with various departments and really got a behind-the-scenes experience into how a Pixar movie is made. In this article, I’m thrilled to share the details of two of these presentations.

I’m so excited for this movie, because it looks like a really unique story and I love that it features two brothers. (Little kids need more male Disney role models!) Barley (voiced by Chris Pratt) and Ian (voiced by Tom Holland) are two teenage elf brothers living in a suburban fantasy world. On Ian’s birthday, their mother (voiced by Julia Louis-Dreyfus) presents the boys with a gift from their departed a father – a magic staff and a spell that can bring him back to life for one day only. A mishap during the spell causes the brothers and a partial version of their dad to venture out on an extraordinary quest the likes of which they have never experienced before.

The Journey to Onward

We started by hearing from producer Kori Rae and director Dan Scanlon. They shared the origin of the story and how it fit with a modern fantasy setting.

“The story is inspired by my own relationship with my brother and our connection with our dad who passed away when I was about a year old,” says director Dan Scanlon. “That was the jumping-off point. We’ve all lost someone, and if we could spend one more day with them — what an exciting opportunity that would be. We knew that if we wanted to tell that story that we’d have to set the movie in a world where you could have that incredible opportunity.”

Enter the world of magic. Well … maybe not so much anymore.

“Only certain people could do it,” says producer Kori Rae. “It was difficult, and you had to really practice. As technology was introduced, everyone found easier ways to do things. Magic is possible, it’s just that nobody really does it anymore.”

As the story progresses, we see that Ian has the special gift of magic, but he doesn’t know much about spells or quests. His brother Barley, on the other hand, plays a fantasy role-playing game called “Quests of Yore,” which is said to be based on actual ancient creatures and spells. While Ian is skeptical, Barley believes the game can guide them to the Phoenix gem, which will help complete their dad’s spell before the 24 hours is up. “Barley has spent his life studying how quests work, but Ian is the one capable of doing magic,” says Rae. “They realize that they need each other.”

The story focuses around Ian Lightfoot, a 16-year-old elf who never met his father. He’s logical, practical, and a little introverted. He is sweet and has the best of intentions, but lacks confidence and wishes he had his father’s guidance. During the quest he realizes he is stronger than he thinks. “Magic is a metaphor for their potential,” says Scanlon. “In order to do magic, you have to take risks. You have to believe in yourself. You have to trust yourself. You have to listen. No matter what magic Ian does, he always has to be challenged in a way that allows him to grow.” 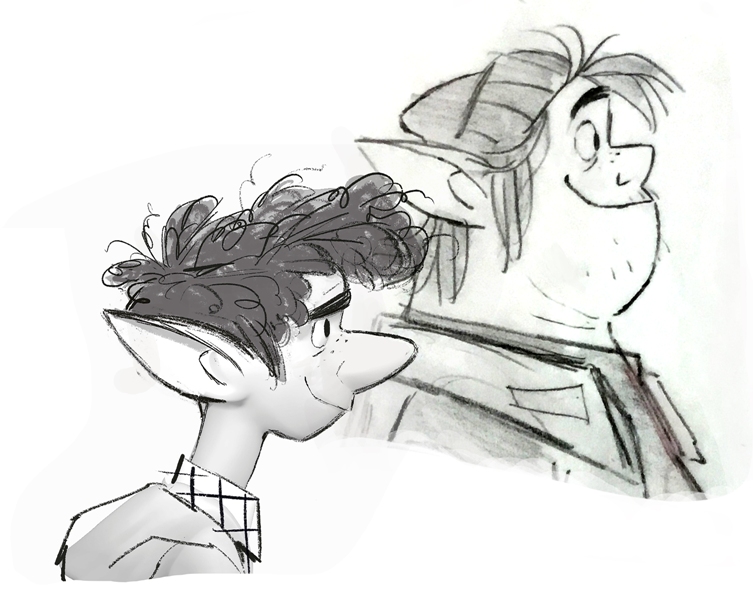 Ian’s brother is Barley Lightfood, a 19-year-old elf who is a free spirit and immerses himself in role-playing fantasy game play. So when he has the chance to help his brother with an actual quest, he is ready for the challenge. “Barley has been preparing for this moment his whole life,” says Rae. “And he’s confident—maybe a little too confident—that he can deliver.”

Their mother is Laurel Lightfood. She is hardworking and devoted, and loves her sons more than anything. “Her true gift is that she’s amazing at mothering each son — and they’re as different as they can be — in the way they need to be mothered,” says Rae. “She can be tough and crazy like Barley, and still be sensitive and subdued with Ian.”

The Fantastic and the Familiar

The creators of Onward had the difficult task of creating the fantasy suburban world of New Mushroomton, a unique world that mixes modern life as we know it with traditional fantasy elements like spells, unicorns, and magic. But it also had to be relatable to the audience and not distract from the story of the two brothers. Production designer Noah Klocek told us, “While it’s a fantasy movie, it’s not about being a fantasy movie. It’s a story of these two brothers and the journey they go on. Where we landed is that it’s the fantastic and the familiar — it’s the balance of those things.”

To do this, the Onward team created “The Fellowship” – a group of Pixar team members who lived and breathed the fantasy lifestyle. The group consisted of fans of Harry Potter, Lord of the Rings, cosplay, video games, role playing games, and even anime like Pokemon! The Fellowship was consulted for their insight into the world of fantasy to help inspire and shape the unique world of New Mushroomton.

One of the trickiest parts of creating this new environment was deciding how to balance the mix of modern reality and fantasy. Ultimately they decided on a mix of 70% real life and 30% fantasy. “The characters easily met that 30-percent fantasy threshold,” says Klocek. “So almost everything else had to be familiar. But if there were no characters in a shot, we felt we could introduce something like a mushroom-shaped house.”

As you watch the film, really pay attention to the details, especially the backgrounds. Everything feels very familiar, even though we are watching a movie featuring elves, centaurs, and dragons!

After watching 30 minutes of the film and hearing from all this creative talent, I couldn’t be more excited for this movie! After a few Disney sequels I’m craving original stories and this is as original and unique as it gets! Are you excited for Pixar’s Onward?