Skip to content
This Fairy Tale Life is reader supported. When you buy through links on our site, we may earn a monetary commission. Learn more.
I just love Disneyland at night … people think I’m a little crazy when I say I think it’s romantic but I know all of you know what I’m talking about. In today’s post, Guest Writer Haily shares six fun ideas for a date nite at Disneyland with your sweetie! 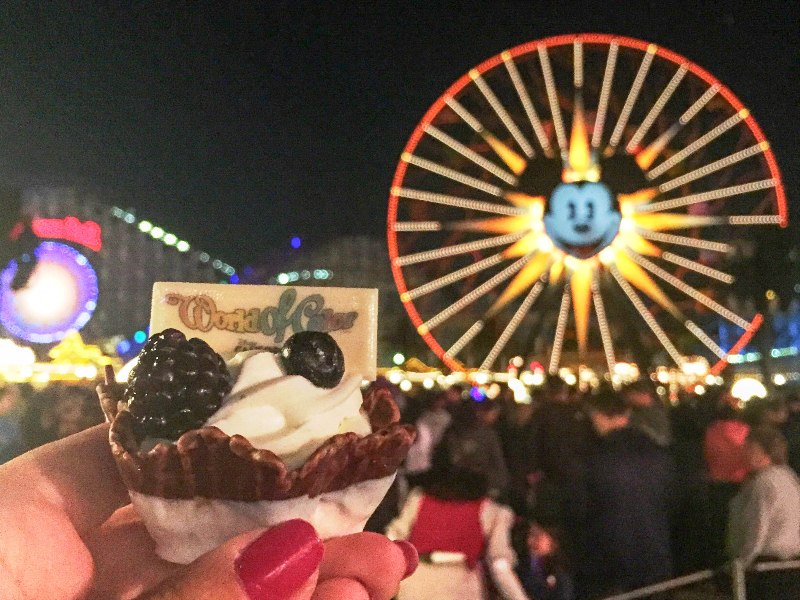 Did you know back in the 50s and 60s, Disneyland held an event called “Date Nites at Disney”? How cool is that? Imagine all the couples dressed up in their poodle skirts and saddle shoes, holding hands while strolling through a moon lit Disneyland. Doesn’t that sound romantic? While I prefer shorts and sneakers to the attire they wore back then, I still think Disneyland makes the perfect place for a date night. Here are several ideas for a fun date night (or day) at the park:

Fantasmic! or World of Color dessert party – Most Disneyland fans have probably seen these shows numerous times. Change it up with a dessert party! Enjoy your show with some sweet desserts, a glass of sparkling cider or champagne, and priority viewing.  A great option if you never seem to get a FastPass. Call (714) 781-DINE up to 60 days prior for reservations.

Do a guided tour – Some of us know Disneyland so well that doing a tour seems like kind of a silly idea, but there is always something new to learn and see at Disneyland. A Walk in Walt’s footsteps is a popular choice, particularly as it runs year round. You even get to see inside Walt’s personal apartment above the Main Street fire station (dependent on availability)! During the holiday season they also offer themed tours such as the Happiest Haunts tour and the Holiday Time at Disneyland tour. I’ve personally done the Happiest Haunts tour and without giving away too much, it’s something I will never forget! Not only did we get to skip the line for several of the most popular rides at both Disneyland and Disney California Adventure, but we even got to a take a quick peek backstage! If you really want to splurge, you can hire you own personal guide, also fondly known as a “plaid” (due to the plaid vests they wear). Being guided around by a plaid, onlookers will be looking at you trying to figure out if you’re someone famous!

Scavenger hunt – This would be a great group night date. Split into teams and take photos of some Disneyland specific sights! Most interesting Disneybound, five hidden mickeys, someone on your team high-fiving a character, etc. Losers buy the winners a Mickey Bar!

Have a fancy dinner – Think Disneyland food is all about junk and little kid food? Think again! There is plenty of fine dining at The Disneyland Resort! Dine on the terrace of a southern mansion at Blue Bayou or go back in time and experience some Disney history at Carthay Circle. Want an evening outside the park? Try Steakhouse 55 at The Disneyland Hotel or Napa Rose at Disney’s Grand Californian Hotel. For a real treat, book the chefs table at Napa Rose and have a dinner that is created just for you. Reservations recommended.

Pool cabana – While technically not a “date nite” idea, if you’re spending several days at The Disneyland Resort why not take a break and relax by the pool in your own personal cabana? This is a great option whether just the two of you or with your family (maximum of 6 people per cabana). Your shaded oasis will come with comfy lounge chairs, a TV, as well as a complimentary fruit plate and waters. You will also have your own personal waiter to take you order from the pool bar menu. You can call (714) 635-2300 (option 5) or visit Guest Services to make your reservation. Full and half days available. Doesn’t an afternoon by the pool sound amazing after those early magic mornings and late nights?

Food crawl – People are creatures of habit. I, for one, cannot go to Disneyland without having a corn dog from the red wagon cart and a Dole Whip float. But because I always stick to the same thing I also miss out on trying lots of new treats! I’ve never had a Disneyland churro, Mickey Bar or popcorn bucket! Make it a point to try a new treat or several! You could even try to go for a new treat in each land. A tiger tail at Bengal Barbecue in Adventureland, a chocolate twist at Maurice’s Treats in Fantasyland, a mint julep in New Orleans Square, and the list goes on and on! And be sure to grab some of the famous lobster nachos at Lamplight Lounge in Disney California Adventure. Don’t worry, everyone knows calories don’t count at Disney.

What is your favorite idea for a date nite at Disneyland?