I know, I’m long overdue for a post about Camp Mighty.  Would you believe that two months later I’m still trying to process everything?  My life has been nonstop go go go since I came back from Camp and I don’t see any end in sight.  It’s a good thing! 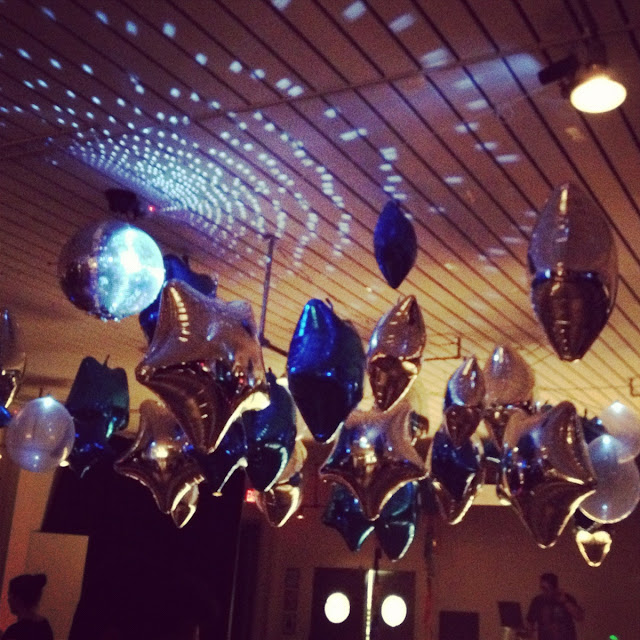 In my last Camp Mighty post, about meeting The Bloggess, I allude to being in an anxiety-ridden spiral on Friday night.  That is because I ruined the Space Party.

For only myself, but isn’t that enough?

I was super excited for the Space Party because I love dancing and booze, and it’s so much easier for me to interact with people when I’m drunk and there’s loud music to distract people from the dumb things that come out of my mouth.  Also, I bought a pink wig for it. 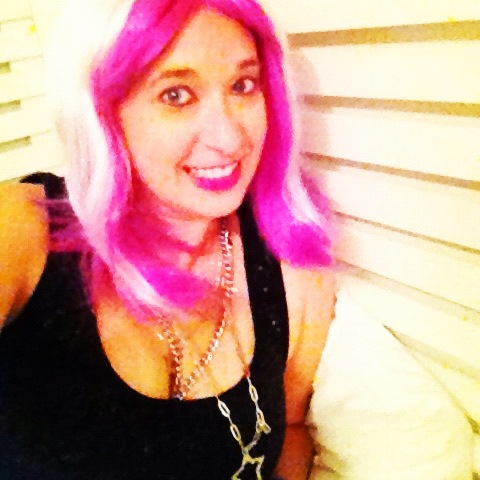 The party started off well enough.  I ate, I drank, I approached people, I started conversations.  I took pictures in the photo booth. 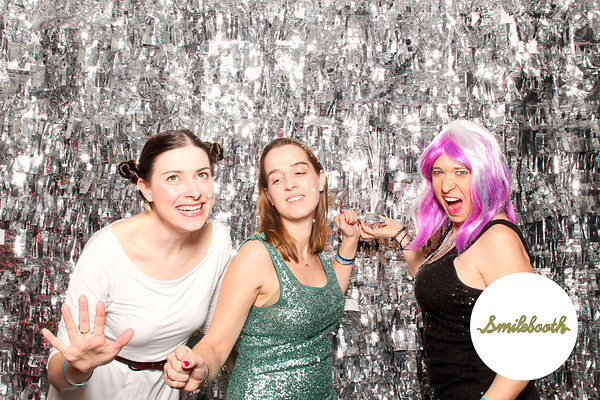 So everyone’s having a nice time, dancing and such, and, there were these large balloons, see?  From Geronimo Balloons, one of Camp Mighty’s sponsors. 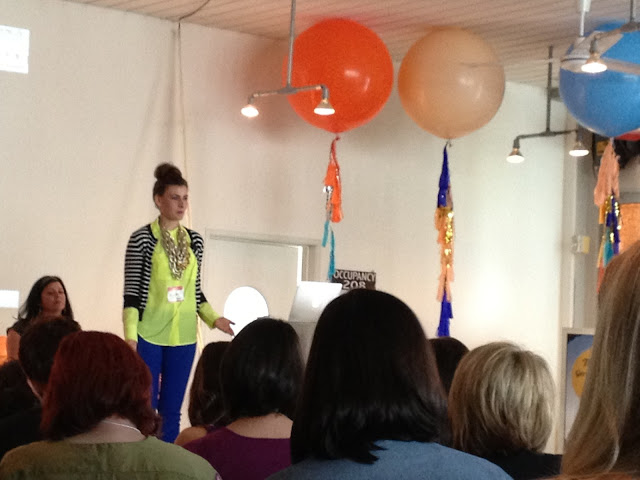 {Jihan, the founder of Geronimo Ballons, and her balloons}
People starting dragging the balloons onto the dance floor.  It looked fun, so I grabbed one.  But there are also these industrial lights hanging from the ceiling (see above picture).  Well, as soon as I grabbed a balloon and pulled it towards me ….
pop
POP
It was the loudest balloon pop ever produced.
You know how in the dumb teen movies, when the awkward but really sweet and smart heroine does something really embarrassing at the prom in front of her football-playing crush, and the DJ scratches the record and everything falls silent and everyone in the room looks at her?  Yeah, that.
Okay, maybe not.  But at least half a dozen people looked over at me.  I felt my face get flush and I just wanted to run.  But I didn’t.  Not yet.  I finished dancing to the song that was playing.  Then I ran.  I ran back to the hotel room and hid in the bathroom and cried.  Of course this would happen.  What am I doing? I don’t belong here.  I want to go home.  I miss my dead cat.  How much wine do I have left?
I’m not proud of it, but I downed another glass of wine, cleaned up my make-up, gave myself a little pep talk, refilled my glass, and headed back to the party.  Another camper was dancing with the remnants of my busted balloon strand around her shoulders like a boa.  I started to walk up to her when she exclaimed “I didn’t pop it, I just found it!”
“I know. I popped it,” I told her. “I’m the worst.”
She laughed and said it wasn’t a big deal.  She said she was just talking to one of the founders of Camp Mighty and she was cool with it.  “It’s not like we paid for them or anything,” she allegedly said.  Okay, maybe this isn’t the worst thing ever.  Maybe.
I tried to get back on the dance floor.  But I felt like everyone was staring at me, whispering about me.  They weren’t, of course, but anxiety lies to you.  So I left early, went back to the hotel room, took off all the makeup and the wig, changed into my swim suit, and hit up the hot tub.  I was hopeful that anyone who was already in the hot tub had not been witness to “the incident.”  Or maybe it was dark enough out there that no one would recognize me.
I lasted 10 minutes before insecurity took me back to the hotel room.
This is an embarrassing story and to be honest I’m not sure why I’m writing about it.  Maybe I over-share in case there are others like me out there.  Where are my insecure, anxiety prone peeps at?!?  But seriously, it’s so difficult for me to put myself “out there” and I retreat at the first sign of trouble.  I know the solution isn’t to hide in my apartment and only communicate with the outside world through blogging and social media, but I really want to, sometimes.  Like, all the time.  Anyone else feel this way?
I’m proud of myself for getting out there and taking chances, especially in the last couple of years.  I’m battling my demons but I realize I have a ways to go and there will always be set-backs and struggles.  Thanks for going along this journey with me.
My next Camp Mighty post will be all about what I actually LEARNED during the many amazing sessions, I promise.
For now I’ll try to keep smiling. 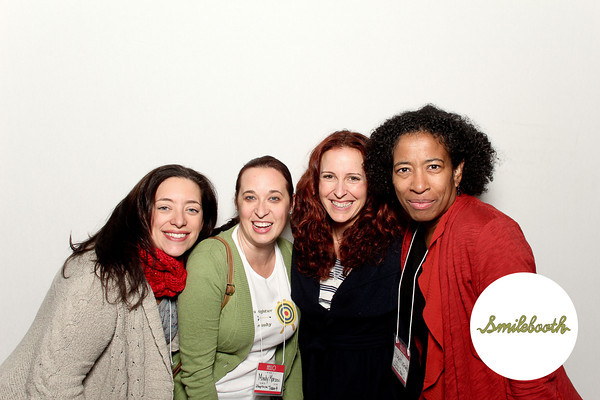