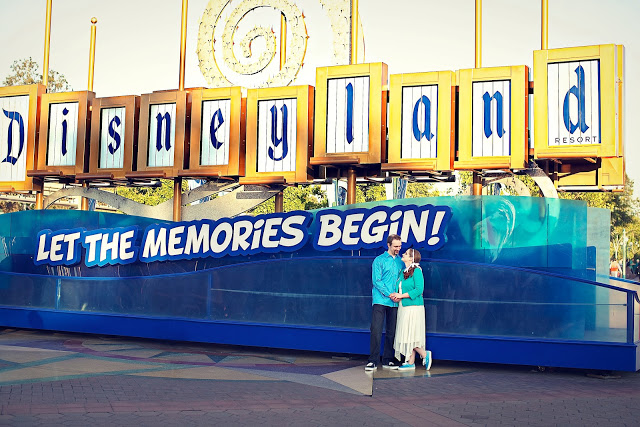 FINALLY, YOU GUYS!  We finally have a Disneyland wedding to feature!  Not that I don’t love my WDW couples, but variety is the spice of life.  Next on my Real Weddings Bucket List is a Disney Cruise Line wedding (anyone out there?!?!?!).


Katelyn and Geoff were married at Disney’s Grand Californian Hotel in December 2011.  They chose the Escape package, and had the cutest little Up-themed DIY wedding you have ever seen (we even featured some of her DIY tutorials)!

Why did you choose a Disney wedding?   I’ve always loved Disneyland.  For my 5th birthday we stayed at the Disneyland Hotel and I saw a wedding going on.  I told my mom that I wanted to get married at Disneyland someday and she said “Okay, Baby.”  (She told this story in a toast at the wedding and there was not a dry eye in the house.)  More practically, I chose Disneyland because they make it easy to plan a wedding from far away and in a short amount of time.  Our wedding was 6 months after we got engaged and 5 months after we started planning and I never felt rushed during planning because DFTW really makes it simple and stress free to take care of all of the major stuff so you can focus on the fun little details. 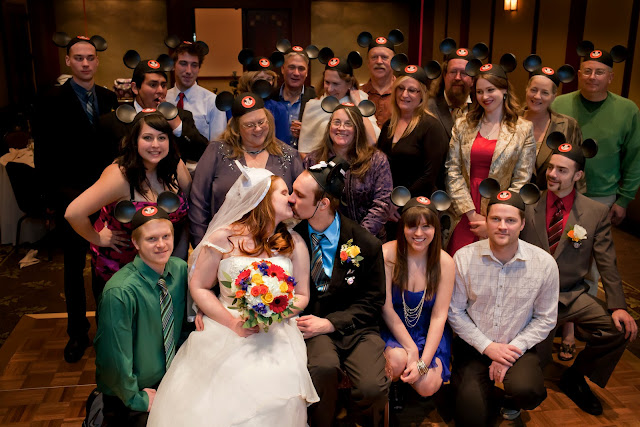 How did your family/friends react to your Disney wedding? My mom was so happy we decided to do a Disney wedding, especially when I told her about the Escape package and the (relatively) low cost, as far as having a wedding goes.  She is also a lifelong Disneyland fan (She sat on Walt’s lap on opening day when she was 5 years old!) so she definitely understood that I was not considering any other venues.

My husband has a really large family and because of the short notice, most of them were not able to make it down to California for the wedding.  Because we live closer to his family than we do to my family, I wanted to make sure they didn’t think we were trying to exclude them from the wedding.  Also, his grandparents are in their 90s and unable to travel even if they wanted to, so we decided to have a small wedding with just his family at their church about a month before our Disney Wedding.  I wore a pink dress and no makeup and we used a standard ceremony so that I wouldn’t feel like my Disneyland Wedding was just a second wedding for us.  However, we also signed our marriage license with his grandparents as our witnesses and had champagne and an ice cream cake at his Aunt and Uncle’s house after the ceremony.  It was a great small wedding and I’m glad I decided to do it to include his family.

What was your theme?  We both love the Pixar movie Up because the most depressing montage in the history of animated films reminds us so much of us and our relationship, so I thought it would be really fun for us to incorporate the movie into our wedding.  Using the Up theme also enabled me to save some money by not having to upgrade our linens or chairs because the standard ones would fit our theme!  😉 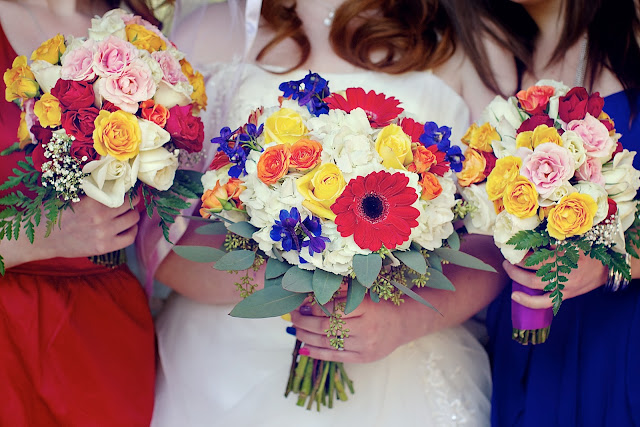 What was your biggest challenge in planning your Disney wedding? – I think the two main challenges I came across during planning were limiting my guest list by making A and B lists (because of the strict size limits on Escape Weddings) and staying within my budget.  When you’re having an Escape wedding, the low base price can make it seem like you can add all of the add-ons they’re offering you, but that can add up really quickly!  Be realistic about your budget and remember that photography and extra beverages aren’t included, so you need to factor that in before you get too crazy adding Mickey and Minnie or a full bar!

Tell us about your ceremony.  Did you include any Disney touches? – Our ceremony was very personalized from the music to the bridal party’s outfits.  In sticking with our theme we asked the two Maids of Honor to pick something to wear that was in a bright color, and I bought the Best Men and groom dress shirts with coordinating ties to wear with their suits for the wedding.  I also did my own floral (except for what was included in the package) and used white flowers with brightly colored accent flowers to pay tribute to the beautiful use of colors in the movie Up.  For music, we used a mix of songs from video games, Up, The Muppets, and even a heavy metal version of the bridal march for our entrance!  Some of my favorite pictures from the ceremony are of us doing the “muppet walk” back down the aisle with our officiant laughing hysterically in the background.  She later told me that it was one of the most fun weddings she’s ever officiated.  Our ceremony also included a short retelling of how we met (we met 6 years ago playing World of Warcraft, and the Guild Master that introduced us was at the wedding) and our proposal (on a hike through a 1 mile long underground lava cave at the base of Mt. St. Helen’s).  Our officiant also included “I will be your video game partner for life” in our vows, which was a really sweet and funny moment for everyone. 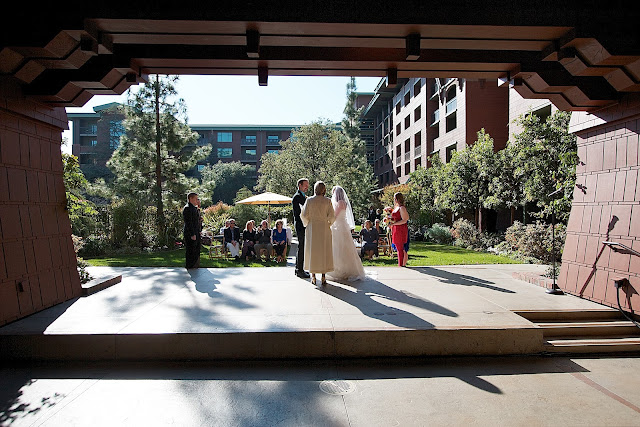 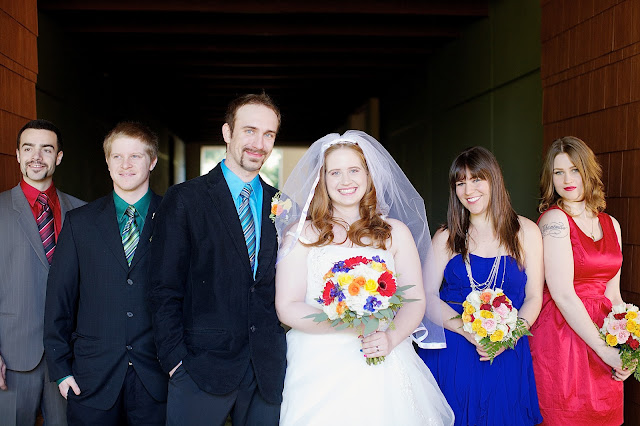 Describe your reception.  Was it completely traditional or did you do anything unique? We definitely went non-traditional for our reception.  I used a laptop with iTunes to run our music that I had picked out, which included “Weird” Al and songs from The Labyrinth.  I also designed and arranged our centerpieces for the reception.  When I first decided on the Up theme, I had a really crazy vision for centerpieces that had giant car dealership sized balloons coming out of the middle of them.  This vision totally came to life.  I loved how whimsical our reception room looked when I walked in and saw the balloons, the flowers, and the big glass vases filled with coins … It was perfect!  We also made our cake topper by painting little wooden figures to look like each other and framing them with little plastic bunches of balloons.  Our cardbox was a mailbox painted with our names and handprints and our guestbook was an “Adventure Book” that I made out of a scrapbook I found at a local craft store.  Also, every guest’s place setting had a mickey mouse club ear hat with their name on it as both a favor and a place card.  All of our guests loved the little touches that we had included, and I thought that our theme really came together. 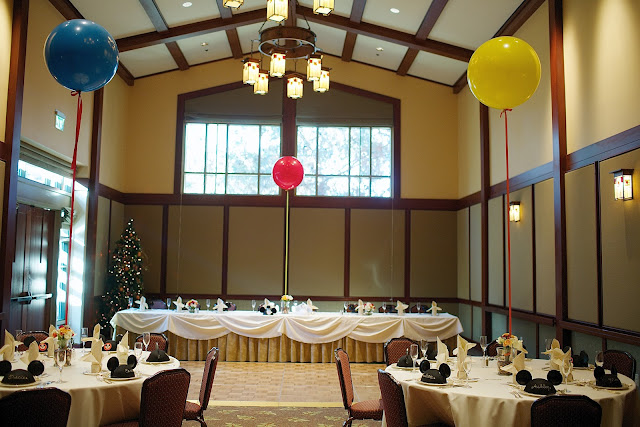 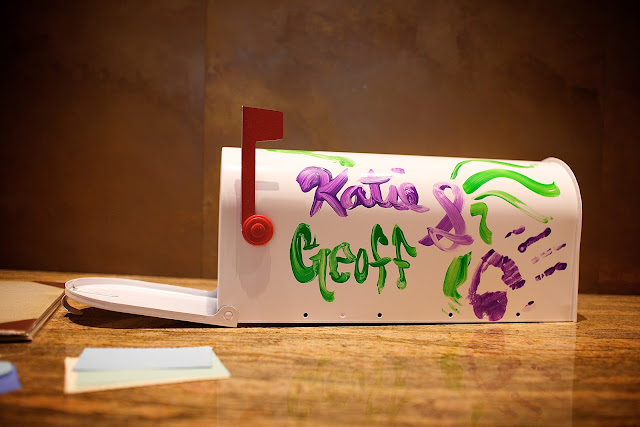 What did you splurge on?  Where did you save money? My main splurge was our photography.  It was really important for me to have great pictures of our day since my husband’s family was not able to make it down to Disneyland.  I also have never seen any pictures of my parents’ wedding and wanted to make sure my children would be able to look at pictures from our most magical day.  We also hired a photographer that loves Disneyland as much as we do and was thrilled to be shooting her first Disneyland Wedding, so she really understood the magical feeling I was going for.  We also added a “Just Married” Park Shoot to our photography package the afternoon of our 10am wedding so that we could get some beautiful pictures in the park without having to spend an extra $3,000 to be able to wear my wedding dress in the park for an official shoot. 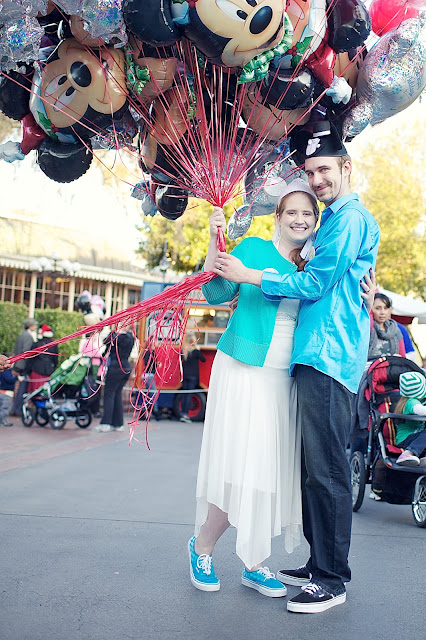 I saved money by doing as much DIY as I possibly could.  I think the major thing that saved us money on that end was doing my own floral.  It only took me about four hours total work from receiving the flowers from a UPS driver to having completely arranged flowers in vases ready to go.    The other main way I saved money was ordering my wedding dress from an online retailer overseas.  I know a lot of brides frown upon this, but I had a great experience and saved a ton of money.  If you aren’t the kind of girl that wants to save your dress afterwards and know you probably won’t wear it again, I think this is a really good place to save a lot of money.  And, I ended up loving my $125 dress so much that after the wedding I cut it down to knee length and added some pink accents and plan on wearing it for a photo-shoot in a few weeks, so it has definitely paid for itself! 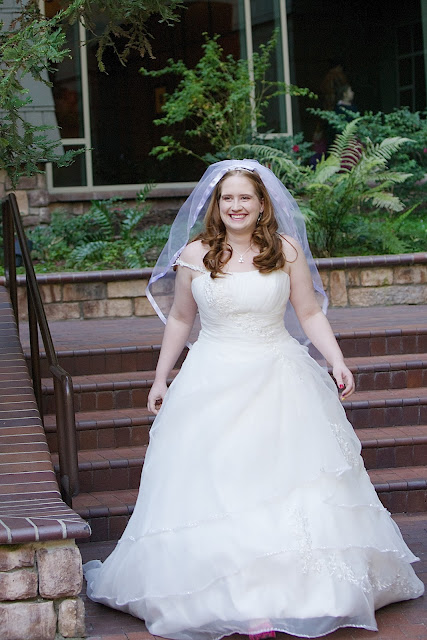 What was your favorite moment of the day? I had so many amazing moments that day, but if I had to pick one, it would be when I was walking from our “First Look” over to our ceremony location staging area. As I was passing through the Disney’s Grand Californian Hotel lobby I overheard a little girl ask her mom which princess I was.  Because I first decided I wanted to get married at Disneyland at 5 years old, it was a really special moment for me to maybe be the catalyst for another little girl’s dream wedding someday.

What would you change if you had to do it all over again? I think the main thing I would have changed is adding Mickey and Minnie to my reception.  I decided not to because I was trying to save as much money as I could, but looking back on it now I wish I had just gone for it and splurged on that one thing.  It’s something you can’t get at any other venue other than Disney, and in retrospect I think it would have been worth the memories that would have been made!

What advice would you give to couples that have just started planning their Disney wedding? Set a budget and try to decide what you can and can’t live without.  It’s a lot easier to cut a lot of things you are not that attached to than to have your heart set on something and find you’re out of money in the budget!  And if your heart is really set on a Disney Wedding, don’t let anyone else talk you out of it! 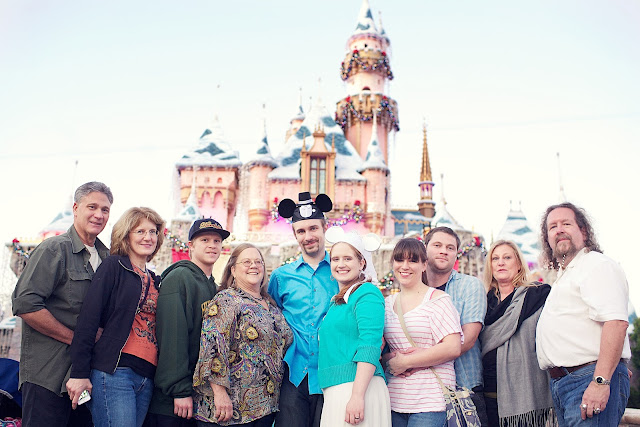 Any other details you want to share? If you are having a morning wedding, you should try to plan something special later in the day for you and your husband to do, just the two of you!  We got up on our wedding morning at 5:00am and from then until our park shoot ended at 6:00pm we were around friends and family without a spare minute for the two of us.  However, I had booked reserved dessert seating for Fantasmic! at 10:00pm on our wedding night and we had the most incredibly magical experience that night.  The cast members set up two chairs away from everyone else in reserved seating for us so we had the perfect view of the show and got to enjoy some time together alone in Disneyland even though all of our guests were in the park, too!  I definitely recommend booking some special activity for the two of you! 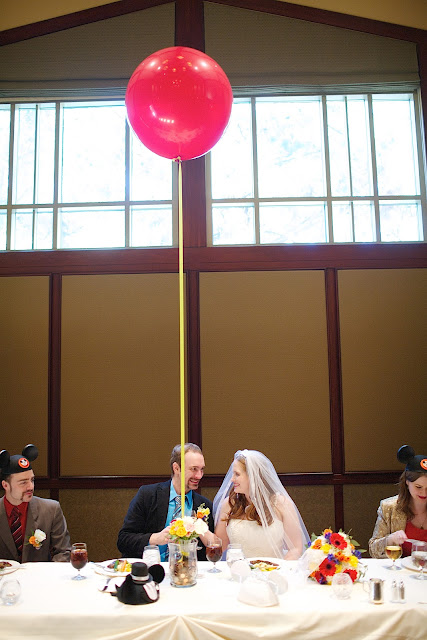 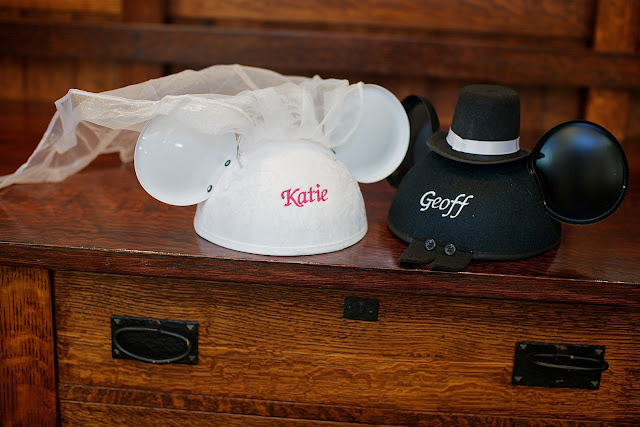