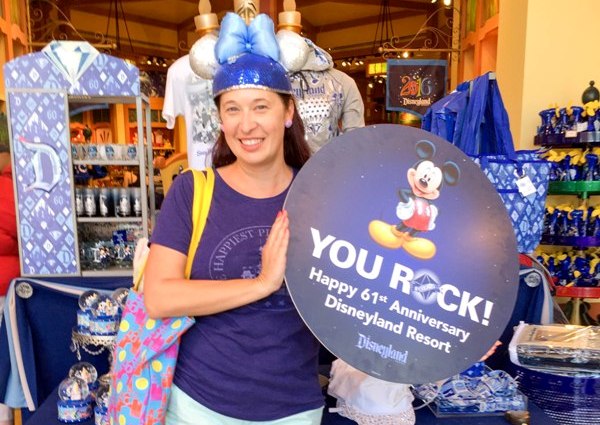 Yesterday marked the 61st anniversary of Disneyland’s opening day. It’s tough to believe it has been a full year since the big 60th celebration, when Disneyland really went all out, with photo opps, free cupcakes all over the Resort, and a re-dedication that included Richard Sherman singing “Feed the Birds.”

Year 61 has less of a ring to it and this year’s anniversary celebration was noticeably low key compared to last year. Still, it’s nice Disneyland does anything special to mark the anniversary of its opening day; I’m not sure any other parks do something similar.

As they have done at big events recently, they had photo op signs that read “You Rock,” a punny play-on-words that fits in with the Diamond Celebration going on right now. The signs were right at the front of both parks and also at World of Disney.

The big event was a special re-dedication at the Main Street train station, which was the culmination of a parade that kicked off near It’s A Small World at noon. The small parade consisted of the Disneyland Band, Dapper Dans, The Fab 5, and a few Cast Members carrying flags and balloons. Once at the train station, the gathered crowd was treated to 61 characters, including some rare-to-Disneyland critters including Marie and The Country Bears. 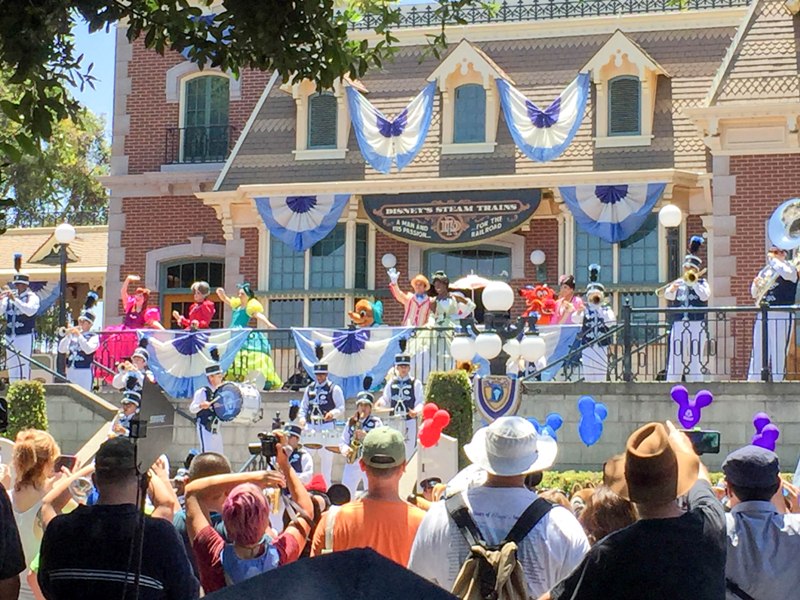 After a song by the band, and an introduction from the Disneyland ambassador, the Dapper Dans led the crowd in a rendition of Happy Birthday, complete with dove release and confetti blasted into the air.

The celebration was short and sweet; it was the perfect way to kick off year 61. My vantage point wasn’t the best, but if you’re interested in watching the show you can visit my Facebook page and watch the live stream! 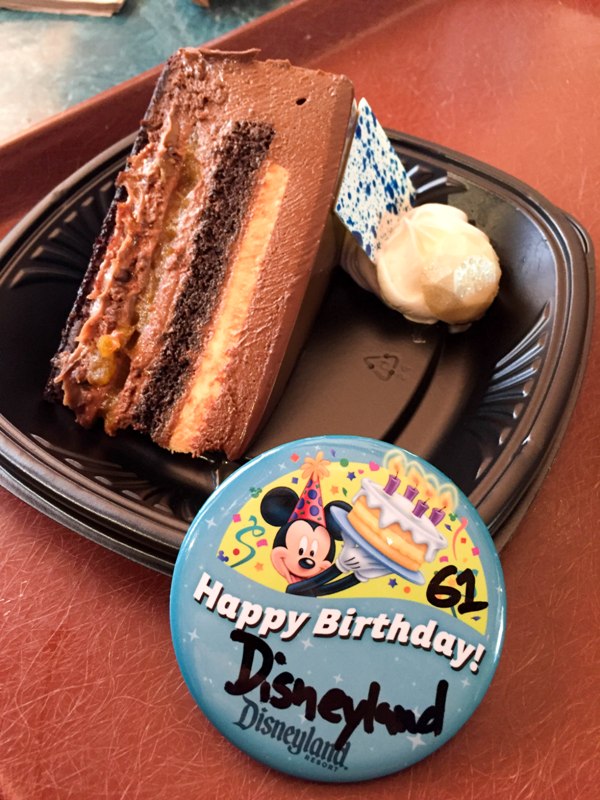 Naturally I couldn’t let the day go by without having some birthday cake! You can pick up this beauty at Rancho del Zocalo, but only for a couple more months as it’s one of the special 60th anniversary menu items. The description: “A rich layered Chocolate Cake with Caramel Ganache, Chocolate Crunchy Pearls, Fleur de Sel, Apricot Compote, Pabana Mousse and Chocolate Truffle Mousse topped with Chocolate Ganache and a glitter silver Chocolate Diamond.” It’s downright amazing.

Disneyland has some big things in the works the next few years, including a fourth hotel and a new land – Star Wars Land! It’s so much fun to watch Disneyland evolve and develop. I can’t wait to see what the next 61 years will bring! 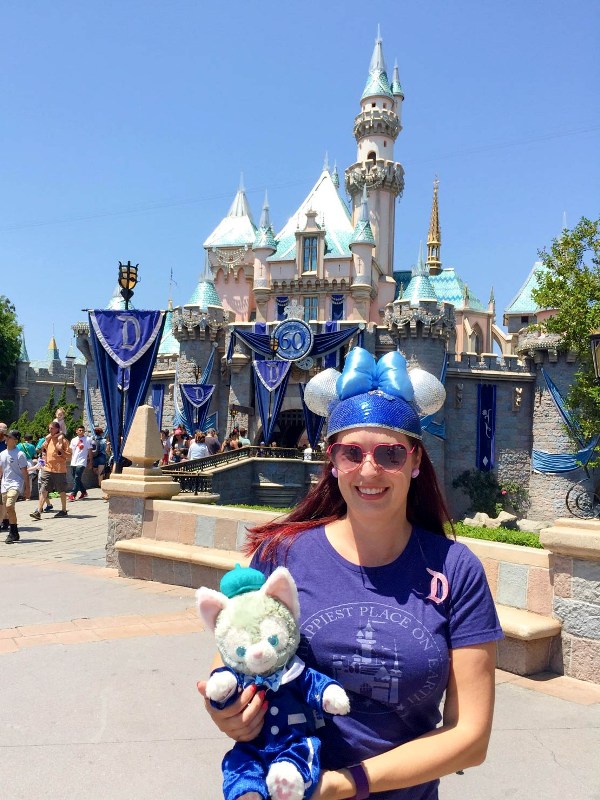