It’s the day I never thought would arrive.

It has been 7 years since Star Wars/Disney announced a new Star Wars trilogy was coming, continuing the story of the original trilogy and the prequels. I remember the ripple of excitement that ran through me. I’ve loved Star Wars since high school, I saw the original trilogy re-release during midnight showings in the 1990s. I camped out all day for the prequels. I have read dozens of now-Legends and expanded universe novels.

Different from most movie critics and the toxic section of the fandom, I loved the prequels. They weren’t perfect, no. They don’t hold up as well over time as the original trilogy stories. But I loved seeing Obi-Wan grow up, and I loved “young” Yoda, and I loved Padme. I even loved Podracing, okay?!? But most of all I loved having new Star Wars movies to watch, and discussing theories with my friends.

I remember anxiously watching The Force Awakens at the Arclight Cinerama Dome on opening night in 2015. I gasped when Rey first held a lightsaber, I sobbed during THAT one scene, and I got dizzy because we were too close to the screen.

I watched The Last Jedi at a media screening at the Disney Studios, with my jaw dropped open half the time and tears in my eyes as Luke looked into the setting suns.

And suddenly, as if no time had passed at all, I was ready to view the final episode The Rise of Skywalker. I had trouble falling asleep the night before. I spent all morning with a nervous pit in my stomach. As I sat in my seat at El Capitan theater in Hollywood, just a few hours after the world premiere took place across the street, I soaked up the moment. There will be more Star Wars movies in my future, of course. But this … this trilogy was special. This was Disney’s first trilogy, this was the one that continued the story of Luke and Leia, and gave us new heroes Rey, Finn, and Poe. This was the end of a small era for me.

Haha, NO pressure at all, J.J.

Caution: This review contains no major plot spoilers, but it does contain my opinions which, in themselves, could be considered spoilers. Proceed with care!

Going into The Rise of Skywalker, I had an idea of how I wanted the story to go. Did I get my wish? Not at all. Everything I thought was going to happen, did not happen. I did not get any of the plot exposition I hoped for.

What I got from The Rise of Skywalker was so much more. Things I wanted, and things I … did not want. But all in all, I got what I ultimately wanted – a Star Wars movie, and all the emotions that came with it. I cheered, I sobbed, I gasped, I sneered, I rolled my eyes, I laughed, I applauded. What other franchise can fit that many emotions into two and a half hours?

But did I like it? Did I leave the theater satisfied? I’m still mentally wrestling with that. I’m 50/50 at this point. (And, to be fair, I did not know what to think of The Last Jedi, and only grew to love and appreciate it after multiple viewings.)

The truth is, J.J. had an impossible task with concluding this trilogy. Anything he created would be scrutinized by some fraction of the fandom. And while I loved The Last Jedi, I know a section of online fans were very angry about the direction of the story. And it feels like J.J. took that to heart, and tried to cram two Star Wars movies into one. Major plot points from The Last Jedi were ignored, and in many ways the story feels like it picks up from The Force Awakens.

I read something on Twitter, and I’m paraphrasing since I now can’t find the tweet, but it was something like “The movie is as if they took complaints from Twitter and Reddit and fed it into a machine and spit out a script.”

There is … a lot happening in this movie. And my brain still is recovering from plot whiplash, moving from one adventure, one planet, one new character, to the next in rapid succession. Which is a shame, because there are lots of rich, nuanced, interesting characters to discover and the movie sort of glosses over them. (Good thing there are literally endless platforms for new Star Wars tales about minor characters, right? Looking at you, Disney+.) 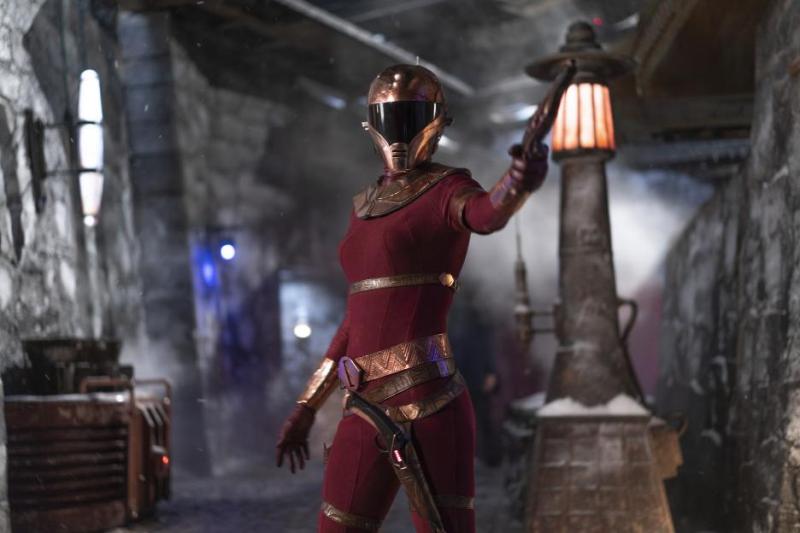 Two strong new female additions to the movie are Zorii Bliss (Keri Russell) and Jannah (Naomi Ackie). Bounty hunter Zorii makes a brief appearance when Poe takes the gang to her planet during one of their many “find the thing, break the code” scavenger hunt missions. It’s clear they have a history (sorry, Finn/Poe shippers) but what that history contains is not explored. (Dear Kathleen Kennedy, might I suggest a new Poe trilogy next? Thank you.)

Jannah appears on yet another planet during yet another scavenger hunt. Her appearance is brief, and I long for more of her and her companions.

Another strong newcomer is Richard E. Grant as General Pryde, a member of the First Order who is legitimately creepy. Love his character, but again, who is he? Where has he been? I want to know more.

But the scene stealers of this movie, for me, are two new little creatures. Babu Frik is the Baby Yoda of The Rise of Skywalker, an adorable pint-sized alien who doesn’t speak English but still manages to win over the audience’s hearts. And D-O, a little rolling droid pal who joins the group during one of their many (many, many) planet-hopping quests.

There’s so much more I want to write about when it comes to The Rise of Skywalker, but I’ll stop here and leave it up to you if you want to seek out more spoiler-y reviews before you see it.

If you’re a Star Wars fan, both hardcore and casual, you’ll want to see this one as soon as possible. Remember trying to avoid the big spoiler in The Force Awakens? It’s like that, but x5. 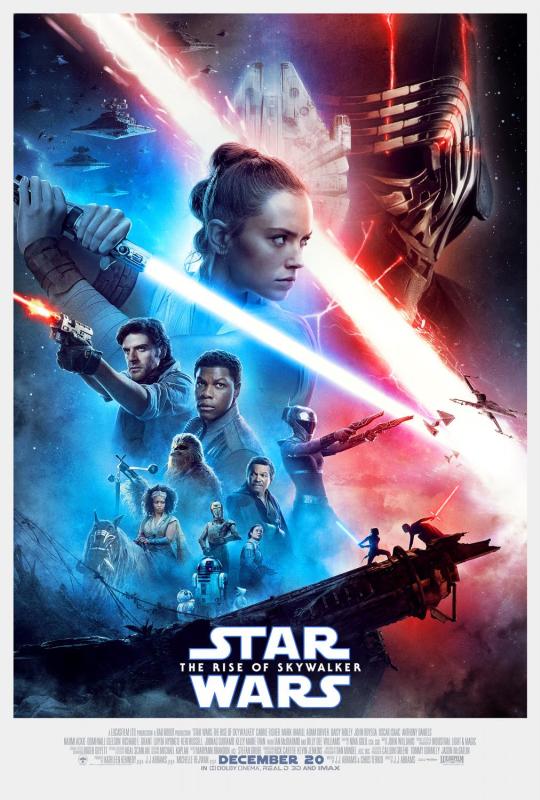