Whew, what a week, am I right?  Hopefully everyone had less of an eventful week than I did.  But I’m happy to say that, as of yesterday, I’m officially a homeowner and carrying massive debt.  Yay?!?  Homeownership is crazy, y’all.  And not for the faint of heart.  I’m really hoping it’s worth all the struggle (I have a feeling it will be).

Reading Disneyland proposal stories always make me feel the warm fuzzies so today is a perfect day to share one.  Krista and Michael have a really cute story, complete with celebrity assistance!  Thanks for sharing your story with us, Krista!  (And look at their cute matching tops … how do I get my husband on board with this???  So adorable.) 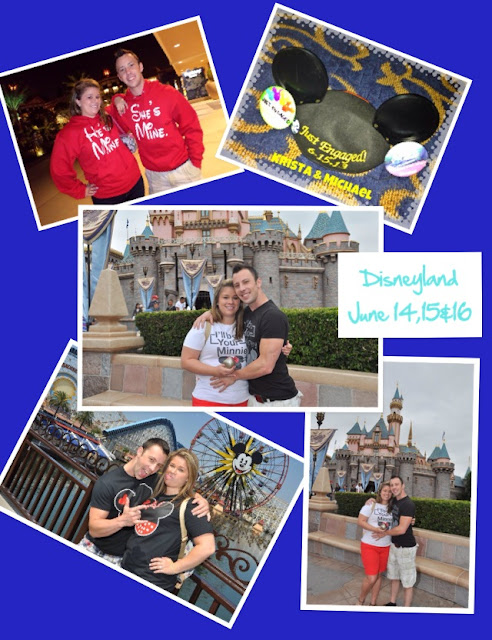 Michael and I had only been dating for 4 months. Completely and totally in love; we both knew we wanted to spend forever with each other.  I hinted for a Disney proposal of course and Michael swore up and down that it would not be a Disney proposal.

June was right around the corner and we were getting ready to head for our first trip together to the happiest place on earth, Disneyland. However, I did not realize that Michael was laying some ground work of his own. He went and got a friend of his who used to do the voice of Donald Duck to call and leave him a voicemail. The ball was in motion to set me up for the perfect Disney proposal.

On Saturday, June 15 of 2013 the big day had arrived. Headed to the most magical place for the day. Once we had arrived to the park we had breakfast at the Plaza Inn with Minnie and Friends. After meeting and greeting some of our friends, Michael insisted that we go do the one thing my mom asked, to get our picture in front of the castle.

Walking towards the castle, Michael’s phone rang. He couldn’t answer it in time and someone had left a voicemail. He listened to it and said ” babe did you give my number out?” He then preceded to hand me the phone and said “Listen to this message.” I put the phone to my ear and heard Donald Duck. I said, “It’s Donald Duck, it’s probably just the Disneyland Hotel calling or something.” Donald can sometimes be a little hard to understand however he is my favorite Disney character. Michael handed me the phone back and said “No listen to the message again, Donald is talking to you!”

After it was said and done. I told Michael “You got me, you swore you wouldn’t propose in Disney.” He laughed and said “I had to convince you of that so you wouldn’t expect it!”

Now we are planning a Disney Fairy Tale Wedding and will be getting married at Disneyland on September 2013. 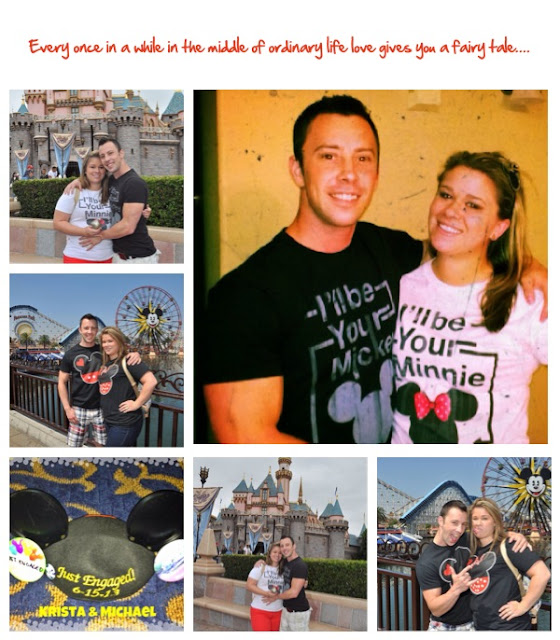