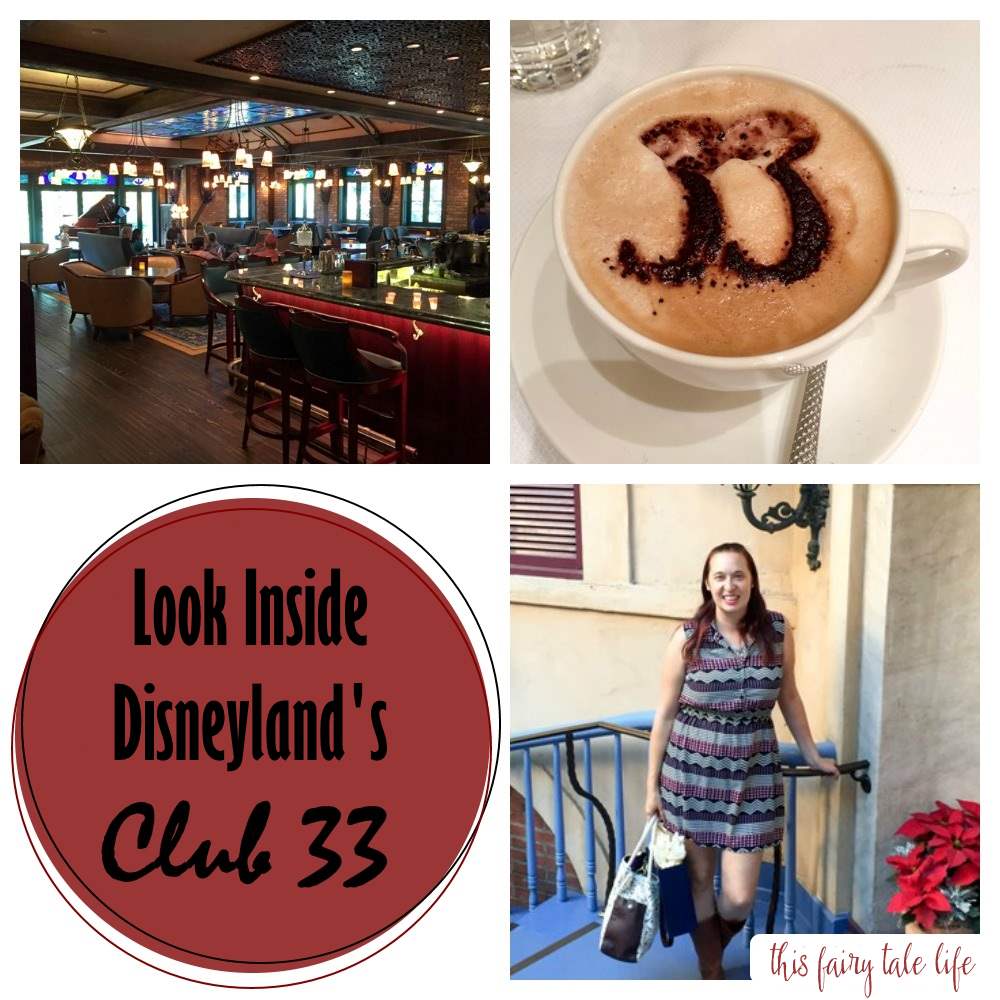 Over the weekend I received a really big surprise! A long-time friend of mine told me she had a last minute seat at her reservation at Club 33! Oh my!!!! 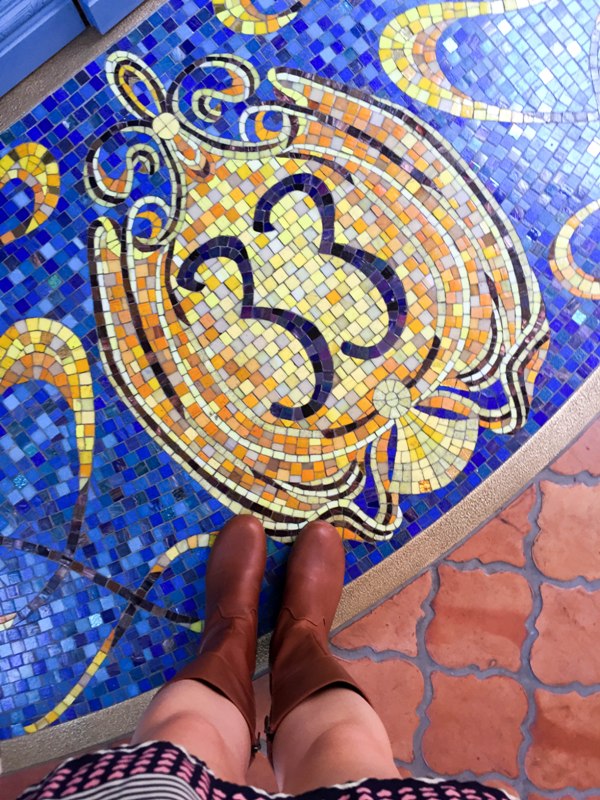 This was my fifth time inside Club 33 but the first time since the remodel. It was exciting to experience the shiny new Club and visit the Court of Angels again, one of my favorite spots in Disneyland. 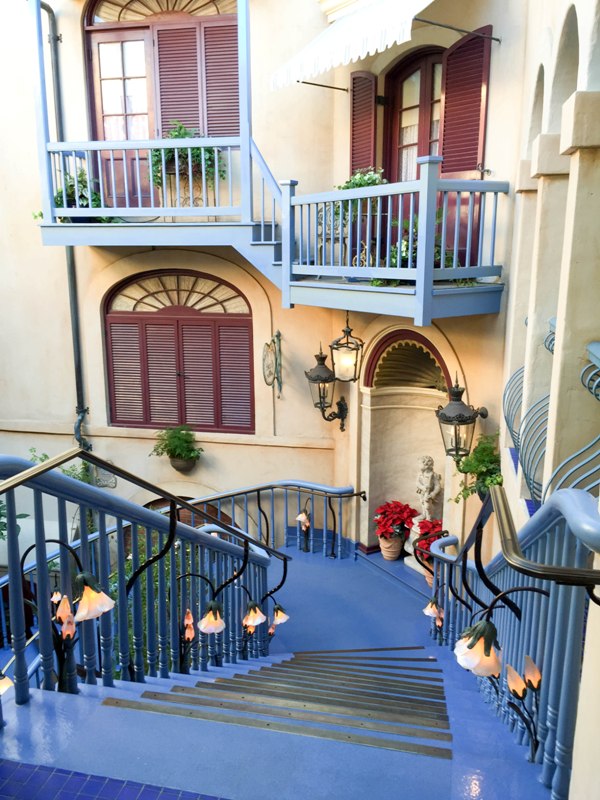 The new stained glass doors … from the other side! 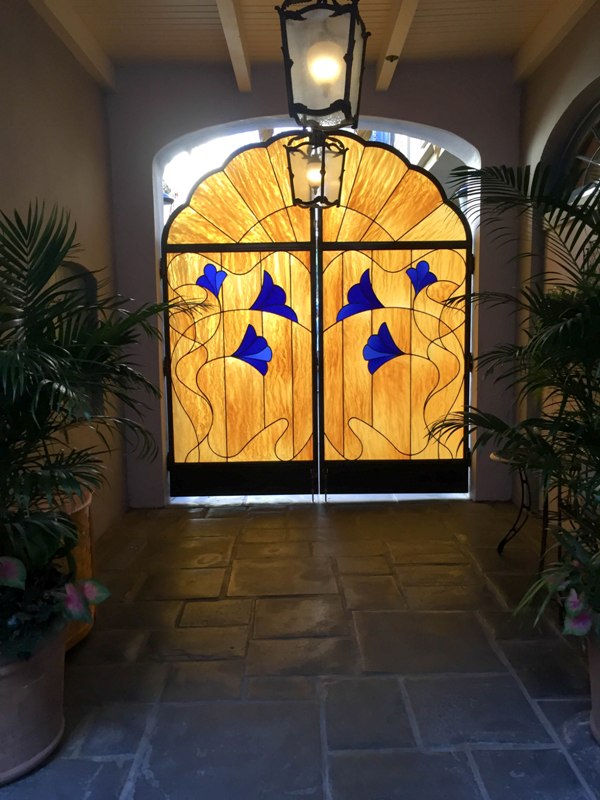 Looking up from the stairs, you can see the wrapped balcony is now enclosed and acts as a corridor for the Club. 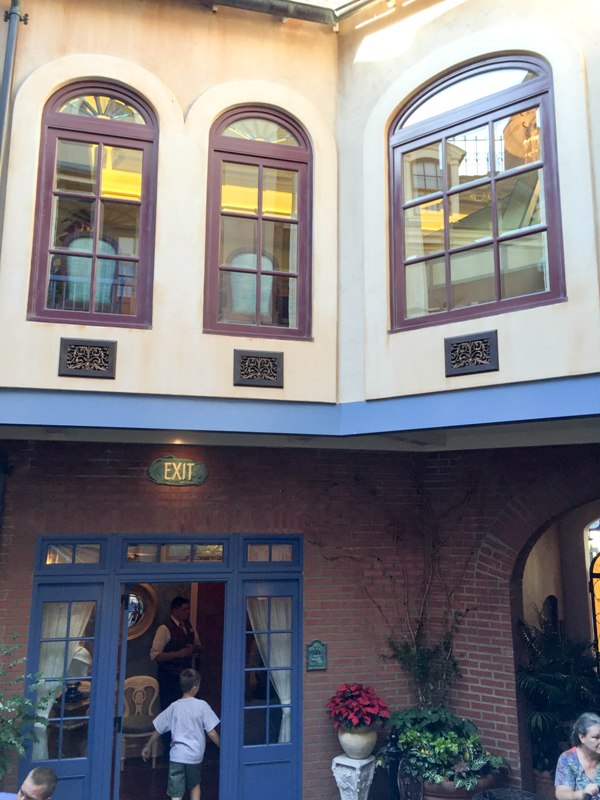 The interior of the club looks really nice and elegant. There is a lot more light coming in thanks to all the new windows. The old Club had a retro charm about it, like a “good ole boys” club, and the new Club has a brighter, lighter, more modern feel. If you want to see some pictures of the old Club, you can view a very nice collection on the Root Photography blog!

The old Club was divided into two dining rooms – the larger main dining room and the smaller Trophy Room. The Trophy Room was infamous for the “hidden microphones” in the chandeliers (you could still see the mics but allegedly they were turned off years ago due to California privacy laws) and the animatronic vulture which perched in the corner and allegedly interacted with guests (via a Cast Member hidden behind the wall). The Trophy Room is now gone, remodeled into part of the kitchen. The vulture is still there, though, right by the door. And I received a little surprise when I got close to take a picture! The vulture welcomed me to the Club and said it was nice to see me … hehe! 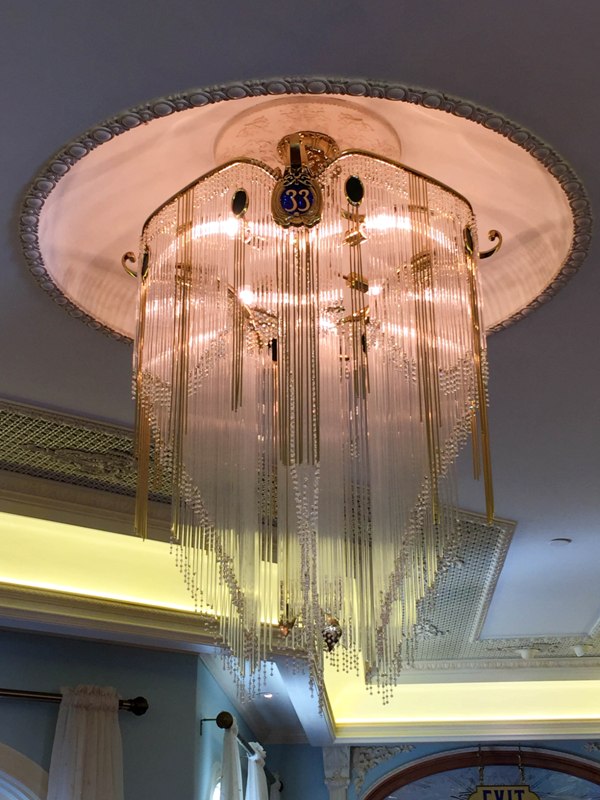 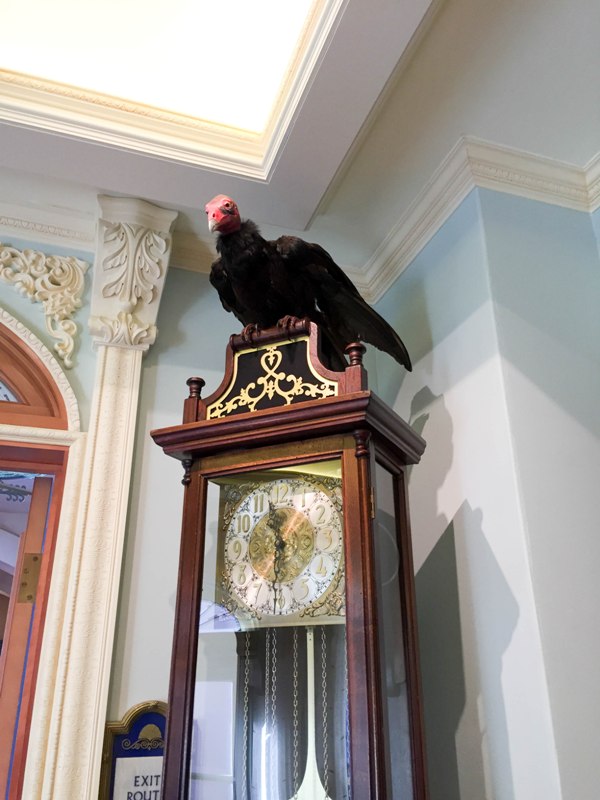 The Club is separated into two sections – Le Grand Salon (the original Club) and Le Salon Nouveau, a brand new lounge. Every time I leave Club 33 I instantly regret not taking more pictures. However, if you want to see a ton of pictures of the renovated Club 33 interior, check out this great post from Babes in Disneyland.

We were seated in the main dining area (Le Grand Salon) at a large roman table for the 10 of us. We placed our drink orders: at our table we tried the Diamond Martini (special for the diamond anniversary), the French Martini, the Mint Julep, and the Honey Julep. I had to send the Honey Julep back because it was tooooooo strong for me – all whiskey! But the rest of the drinks were very good! 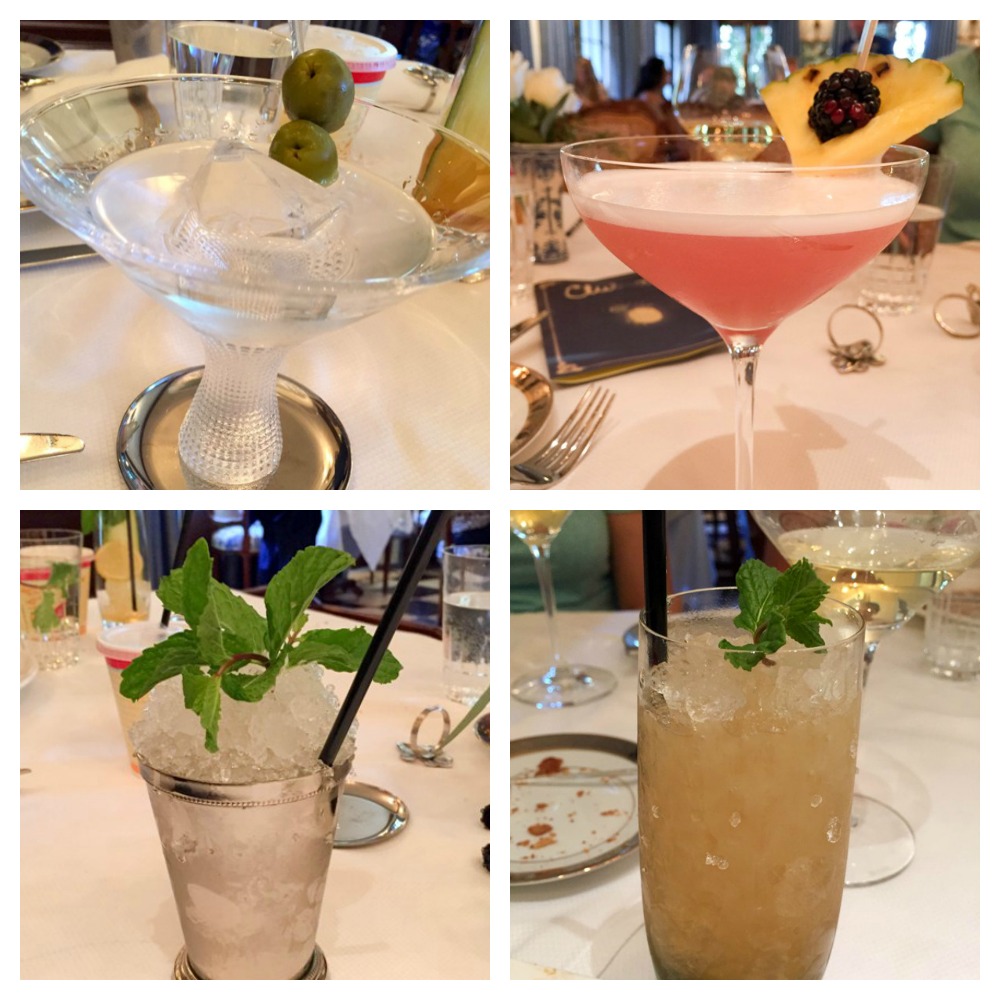 For lunch, we were given the option of a three or four course meal. I opted for the four course meal and I tried the zucchini blossom, apple-chestnut soup, lamb medallions, and hazelnut velvet. Also pictured is opera cake and coffee ice cream! 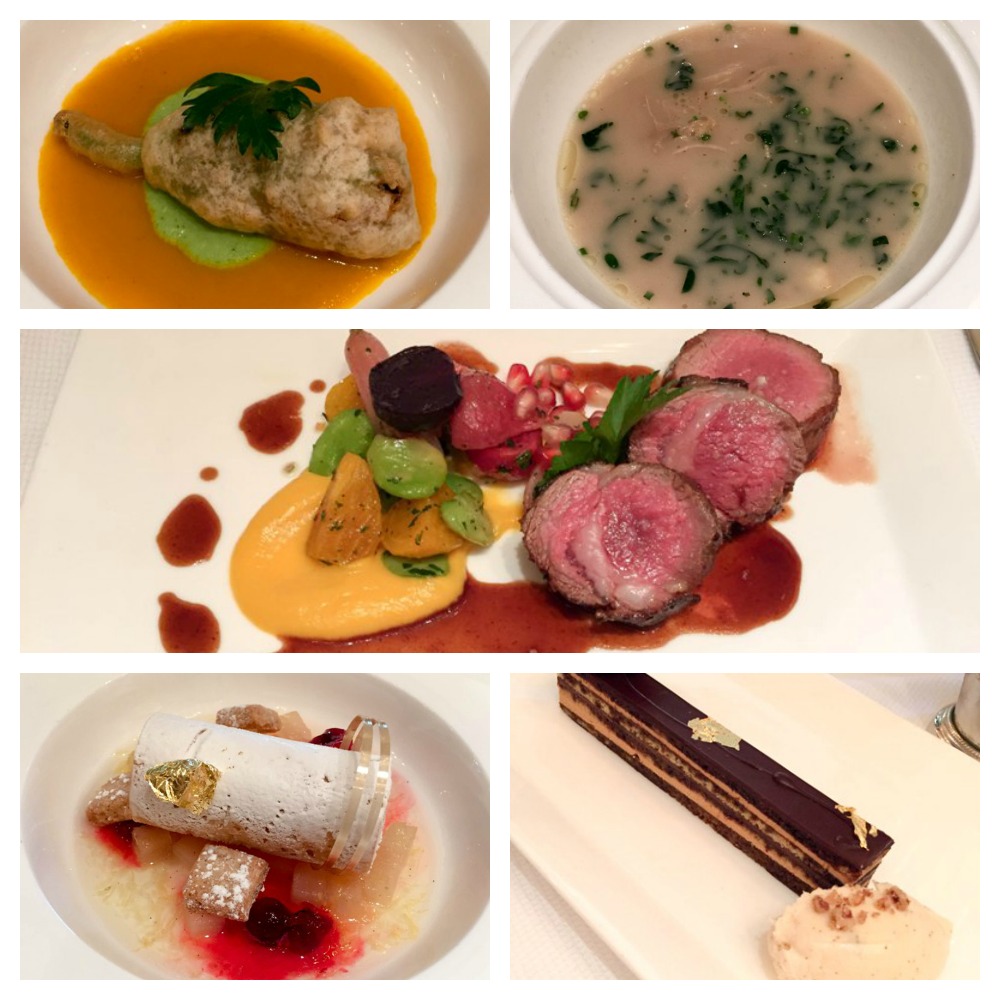 You can certainly see Chef Sutton’s influence on the menu here. The meal felt very much like I was eating at Napa Rose’s chef table. Before the remodel the menu at Club 33 was much simpler. I have read that a lot of people didn’t think the food at Club 33 (before the remodel) was very good, but I always enjoyed it. While this recent meal was very good and I enjoyed it very much, I have mixed feelings about every new, swanky restaurant at Disneyland having the same style of food preparation. This is my only very small complaint. 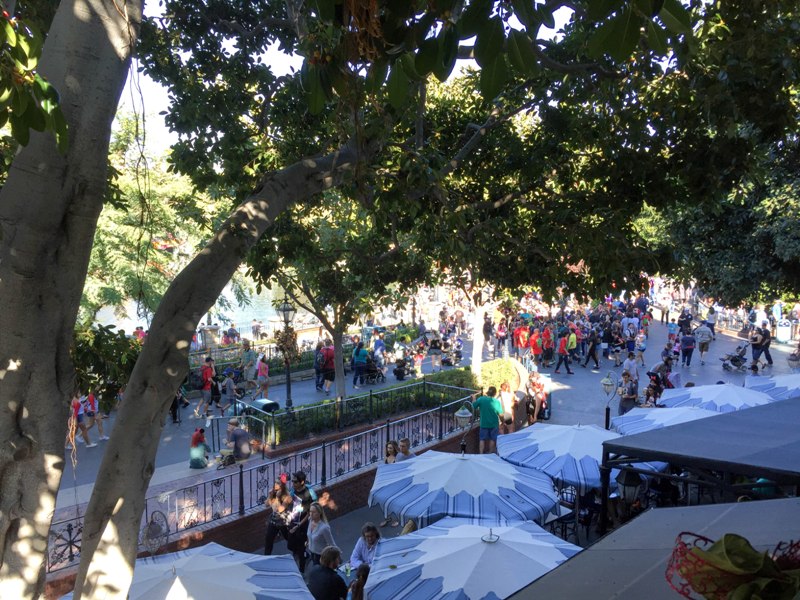 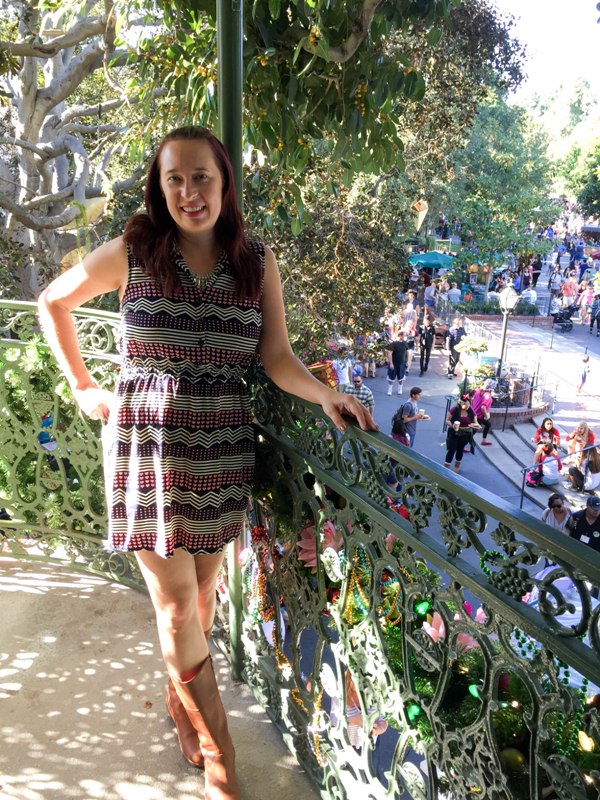 … and we took some photos around the lounge area (Le Salon Nouveau) of the Club. This section is for card carrying members only, so we weren’t allowed to linger here but they let us take a few pictures! 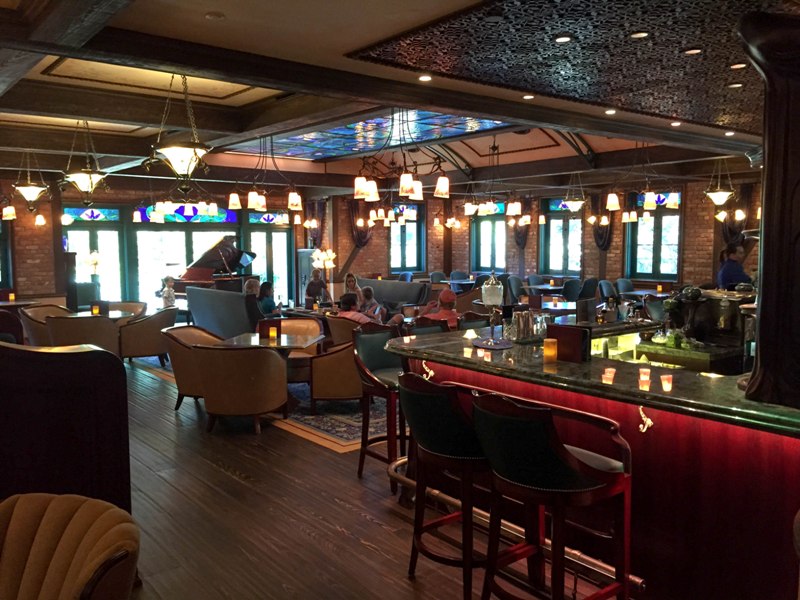 There are four booths themed to different areas of New Orleans’ Square. 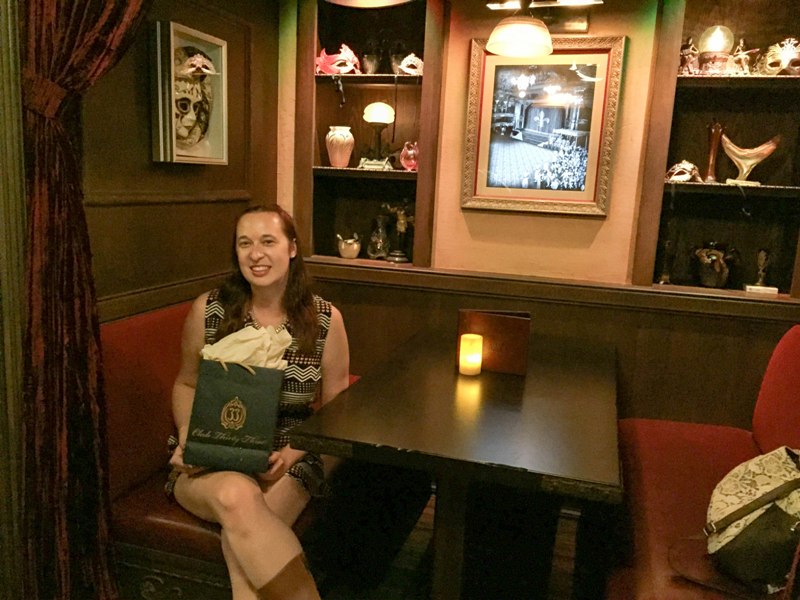 This little table was the original hand-operated elevator (lift) from the Club. As you can see it is very tiny and is not ADA-compliant, which was remedied with a new elevator during the remodel. I rode this original lift once and I’m so glad I had that opportunity before it was taken away! I remember only up to three guests plus the Cast Member could fit inside! And it was very cozy! 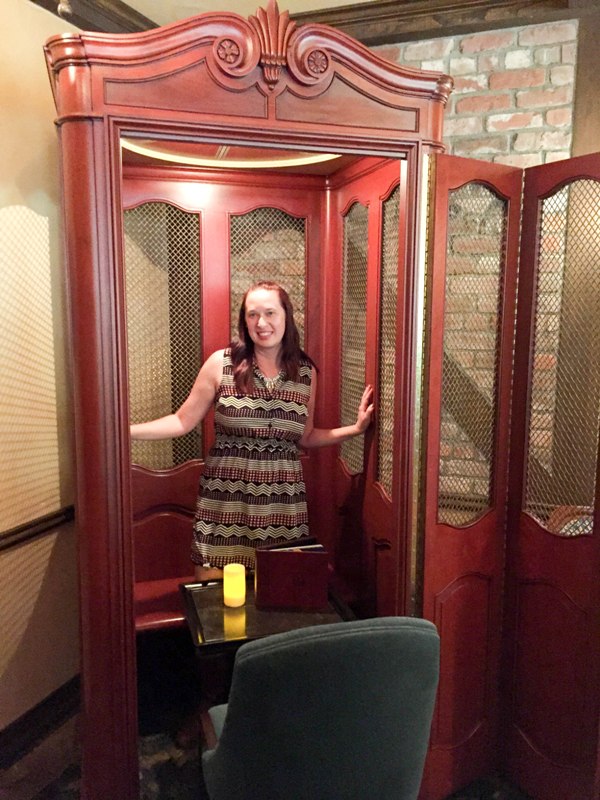 Of course I couldn’t leave without a souvenir! I picked up two logo tulip glasses, so I can feel very fancy when I’m drinking my morning orange juice. 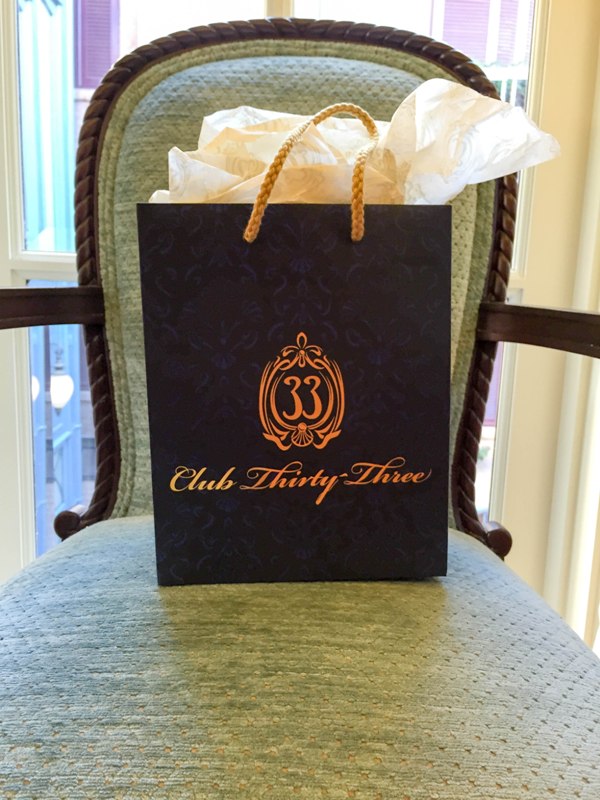 It was a really wonderful experience. Even though I have been five times, I treat each visit like my last because you never know, it could be! I know I’m so lucky to have been as often as I have, and now I am pleased to now say I experienced the remodeled version of the club. 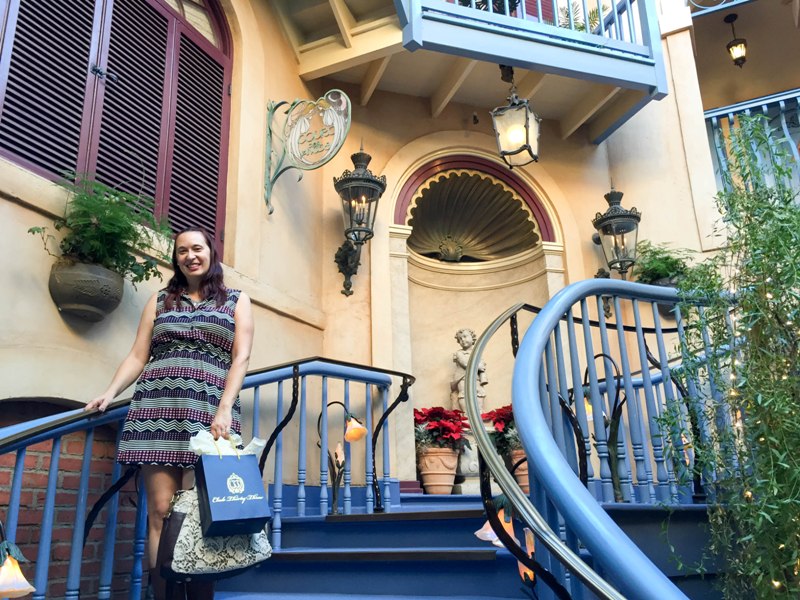