Hello friends!  Today is a very special day, because it is my friend Courtney’s wedding day!  Her and her soon-to-be husband are saying their “I Do’s” this evening at the Disneyland Resort and I’m SO BEYOND EXCITED to be in attendance!  It will be the first (and hopefully not last) wedding I have attended at the Disneyland Resort.


In honor of Courtney and Calvin’s big day, I bring you their amazing Disneyland Resort engagement scavenger hunt (yes – scavenger hunt), arranged by Calvin to surprise Courtney.  What a guy!  Here is the low-down, in Courtney’s words:

Calvin and I started dating on March 19, 2006. The funny thing is that Calvin and I go way back and did not even know it! We attended rival elementary schools, the same high school, and the same college. We did not know of each other in elementary school and only knew of each other in high school. It wasn’t until college that Calvin and I officially met and hung out with the same group of friends. While we were dating, we decided to watch one of my home videos of a Cross Country race from my elementary school days. Calvin jokingly said, “Wouldn’t that be funny if I was in your home video?” Sure enough at the starting line, there he was! He was standing a couple of people away from me. We were in shock! We continued to watch the video and it gets better. As I see myself coming up to the finish line, guess who came in immediately before me?! Yes, you guessed it… Calvin! It was fate!

Fast forward four years to December 2, 2010. I am a HUGE Disney fan and Calvin, like the trooper he is, has joined me in my love for Disney. He decided to take me to Disneyland for my birthday along with two of our friends. The two of us started our day with breakfast at Storytellers Café and then met up with our friends in Disneyland. Shortly after we entered the park, Calvin said that he needed to do something and he’d be right back. My friends and I headed to Big Thunder Mountain Railroad and once we were off the ride, my friend hands me a card. The envelope was titled “Disney Challenge.” My friends said to open the card and would not give me any other information. I couldn’t stop smiling but was really confused. What Calvin had did was set up a scavenger hunt with challenges based upon our many previous trips to Disneyland. He picked certain highlights from each trip and sent me to each place where another clue would be waiting. In the end, I was reunited with my love at Disney’s California Adventure. The last clue sent us to our favorite ride, Toy Story Mania. As we walked to the line entrance, Calvin was acting weird and kept walking behind me. At first I assumed the scavenger hunt was just something sweet he did for my birthday, now I was started to get suspicious and nervous. Sure enough, he stopped me and started to tell me how much he loved me. I quickly caught on as to what was happening and my heart began to beat faster and faster. He then started to grab something from his pocket and slowly got down on one knee. Tears immediately started streaming down my face. There he was, my prince charming on one knee with a custom made Toy Story 3 ring box. In the box, my favorite character from the movie, Lotso, was holding my custom made Mickey Mouse engagement ring. I immediately nodded yes, as I was too choked up to say it, and gave him a big hug. As we embraced, I will never forget what he said. He said, “ Don’t worry, babe. I will take care of you.” (I am tearing up as I write this!) [ed. note – Me, too!]

(Photos are from the couple’s personal collection unless otherwise noted.) 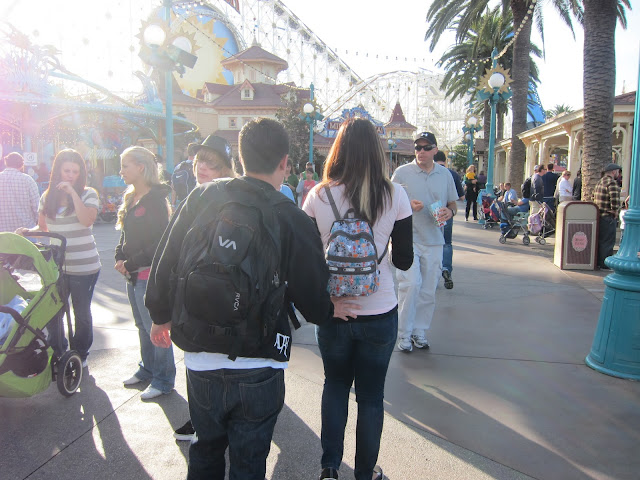 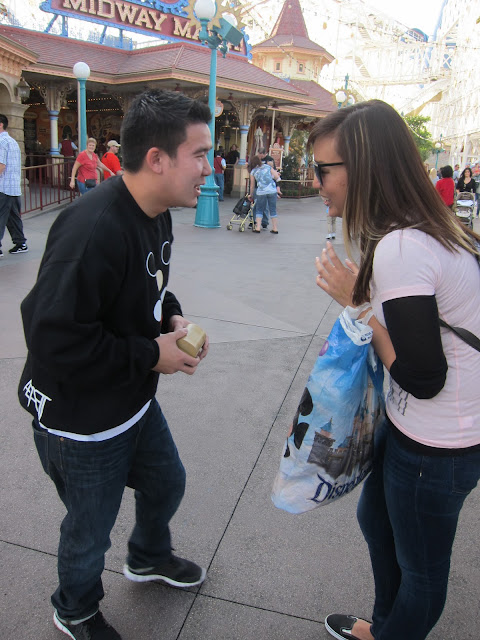 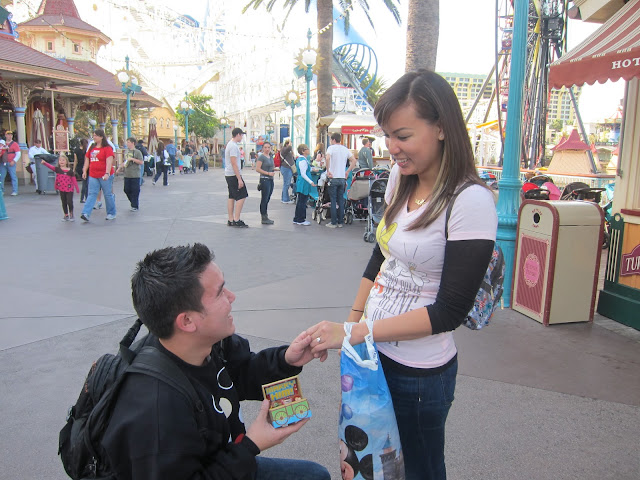 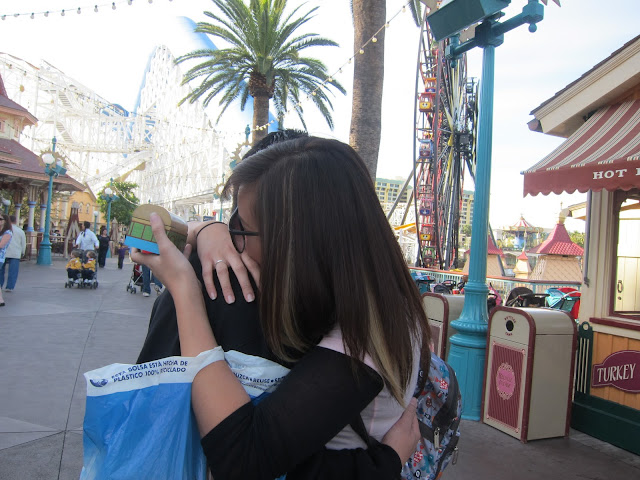 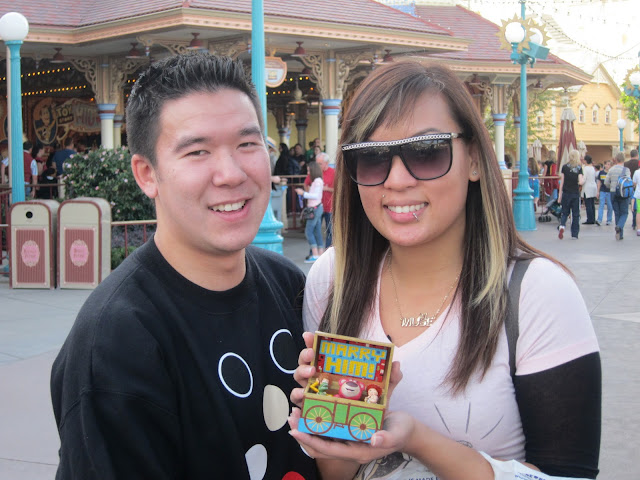 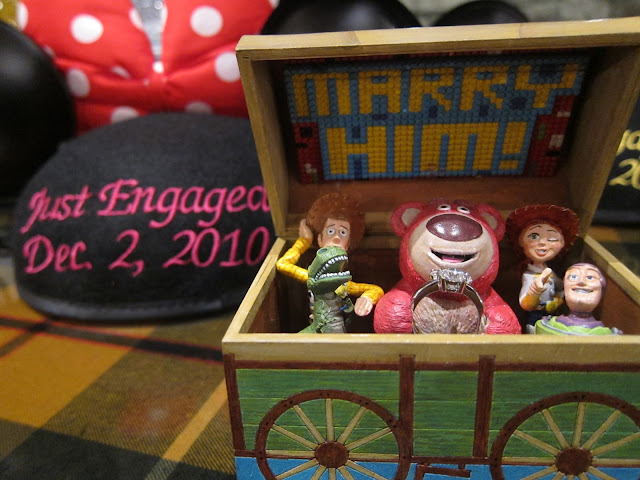 And that is my proposal story! Our wedding is currently planned for January 19, 2012 at the Disneyland Resort. Why Disney you ask? Well, why not? I have loved Disney ever since I was a little girl. Our first trip together was to Disneyland. We have continued to go to Disneyland time and time again. Even our friends know how big our love for Disney is. There is no where else we would rather commit to each other in front of our closest family and friends than the Happiest Place on Earth!

Thank you for sharing your engagement story with us, Courtney and Calvin, and HAPPY WEDDING DAY!!!!!