As you know, we here at Budget Fairy Tale are huge, HUGE, fans of DIY, not only for the (usually) money-saving aspect but because our general philosophy is that weddings should be unique, personal experiences.

I am a major sucker for all those wedding reality shows and I especially love David Tutera’s My Fair Wedding.  I don’t necessarily agree with the opulence he displays in his designs, but I like that he tries to embrace the couple’s style and ideas and make it “BIGGER.”  I was lucky enough to meet David a few months ago at a book signing, and he is SO magnetic.  When he’s talking to you it’s like you’re the only one in the room.  So basically, I heart David Tutera.

But, something I always find discouraging is how he poo-poos bride’s DIY projects.  Whenever a bride busts out the spray glitter, Tut’s eyes start rolling.  Can’t a girl have some fake spray painted flowers in her bouquet sans judgment?!?

This past weekend’s episode started similarly.  The bride, Danica, had TONS of amazing DIY projects for her picnic/BBQ themed wedding.

(Pardon my ghetto pictures – yes, I took pictures of my TV with my phone.)

These were my favorite: DIY boutonnieres! 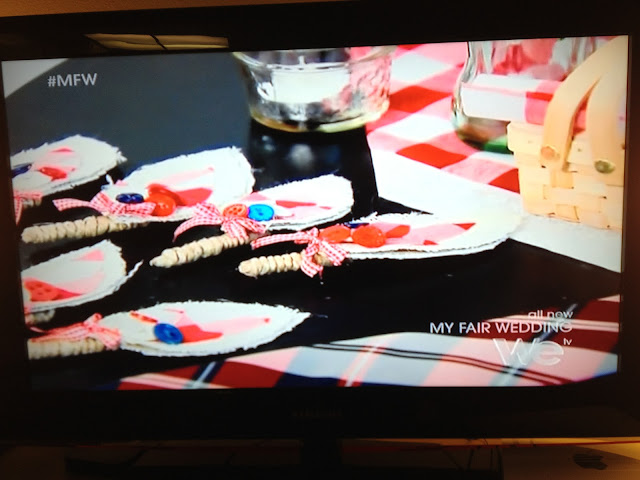 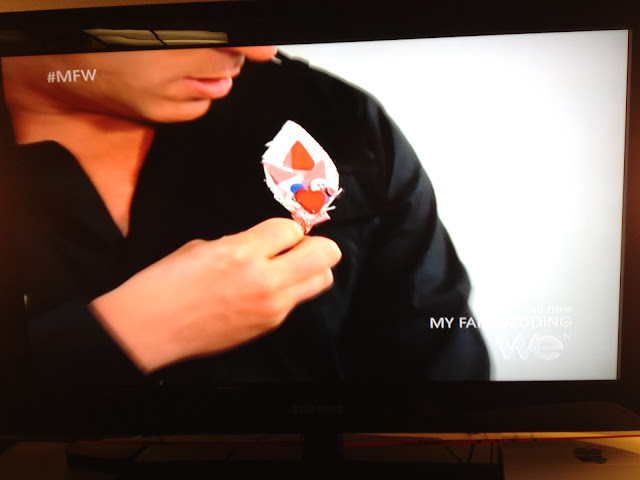 To my TOTAL surprise, David didn’t hate it!  He seems to hate anything that acts as a substitute for the usual floral.

Here’s what David looks like when he realizes he doesn’t hate something that has been DIY’d: 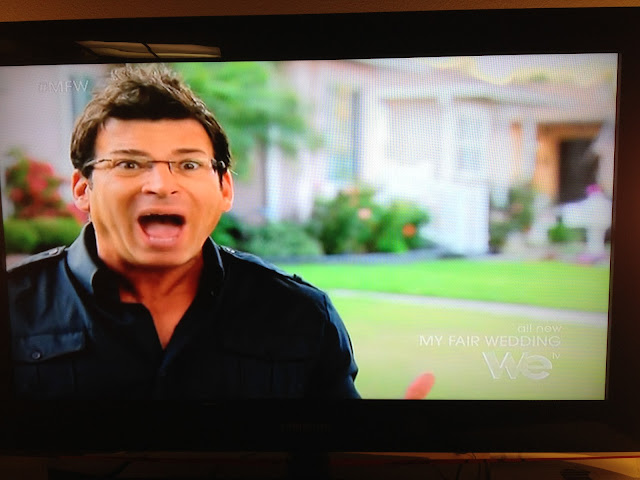 While we are at it, let’s gaze upon the many faces of David: 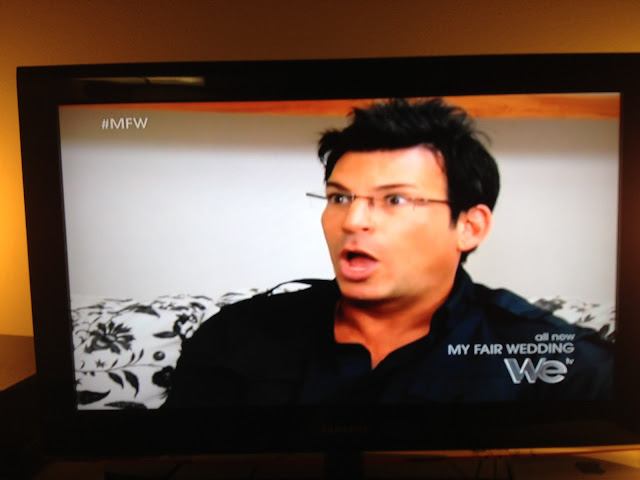 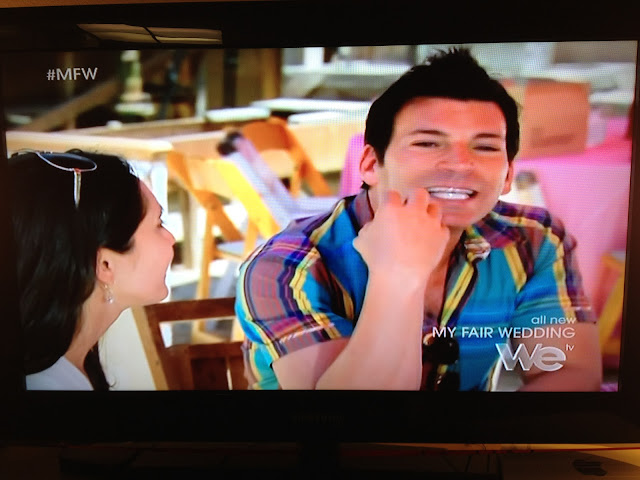 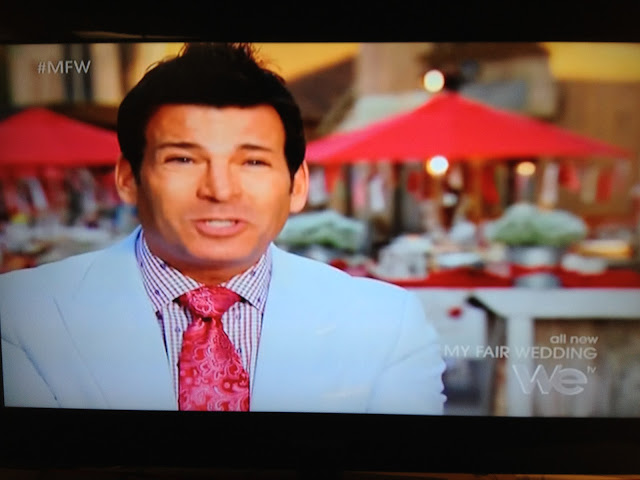 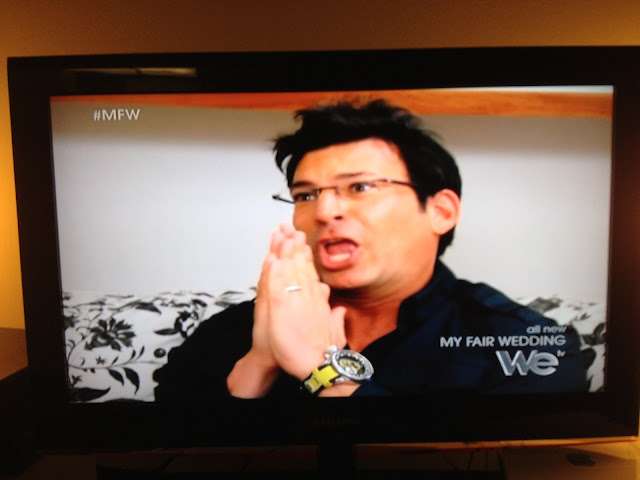 Anyway, I love that David embraced the DIY aspect of the bride’s vision and made it “BIGGER” for wedding day. 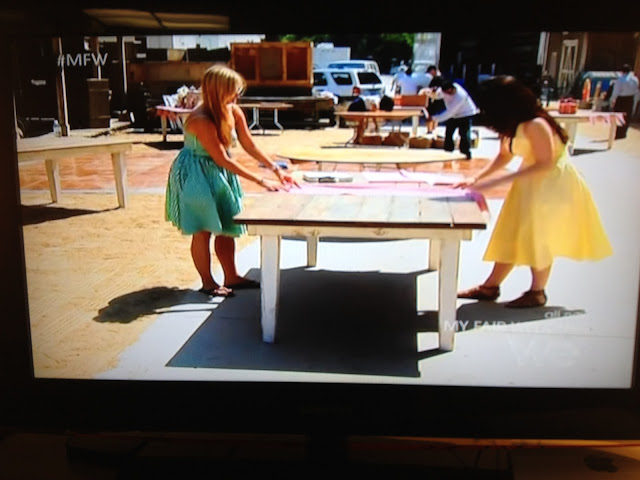 AAAAAND David kept the DIY bouts!  He added a flower (sigh) but what a big step for David.  I’m proud of you, Tuts. 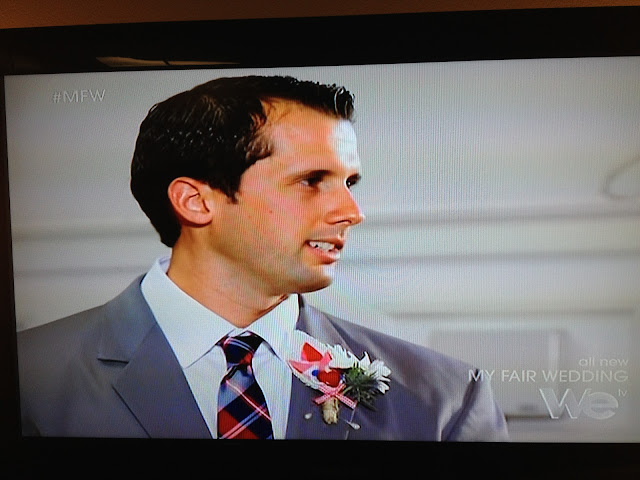 Last but not least, do these remind anyone of a certain place? 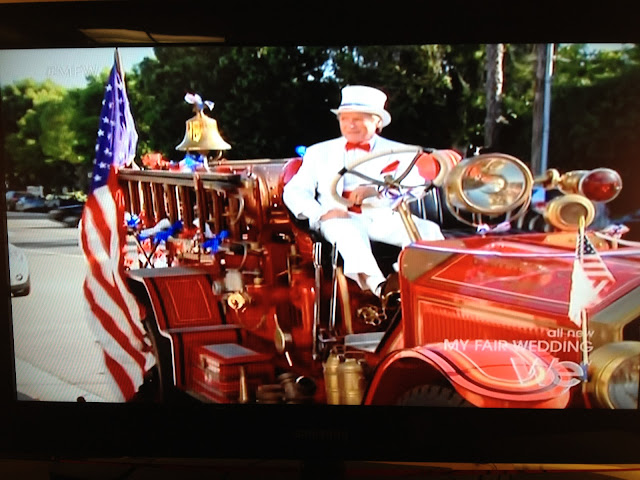 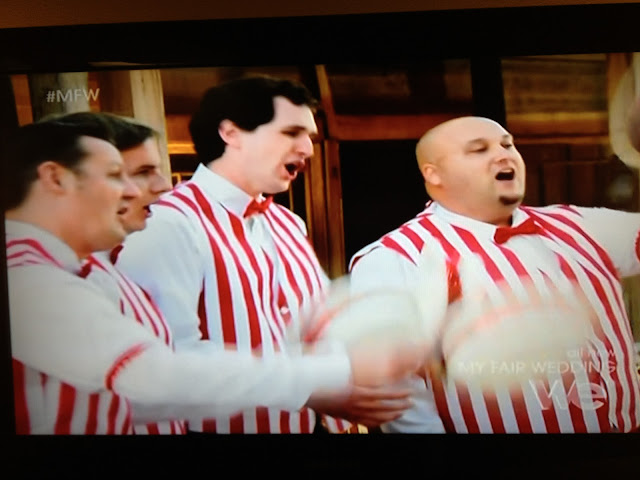 The bride Danica is actually a blogger and you can follow her posts about her time on MFW at her blog, Chic Runner!