A week ago, my friend Hope and I went to the My Fair Wedding season 5 premiere party hosted by WeTV.  We won tickets to the premiere and thought we were special, but it turns out around 800 people were invited.  It was an evening of waiting in lines, waiting in chairs, and waiting in mobs, and a tiny bit of actual fun thrown in there.  Sorry to say, this event was poorly planned and extremely unorganized.  Regardless, I’m happy we went and despite the bumps it was definitely an evening to remember!

(The following is a combination of pictures taken by myself and Hope – but they are mostly from Hope.  Thank you, Hope!)

The event took place at the Park Plaza Hotel, which is near Downtown L.A.  We arrived a little early for the 7:00PM start time, but we weren’t let in until almost 8PM.  I know everything in L.A. starts late but this was a bit ridiculous.  The crazy thing was, there were hundreds of people still in line behind us!

While in line, we met up with the ladies from Fairytale Hair and Makeup! It was great to chat with them again and get to know them better (and we certainly had a lot of spare time to chat).

The Park Plaza Hotel is BEAUTIFUL and would make a spectacular wedding venue. 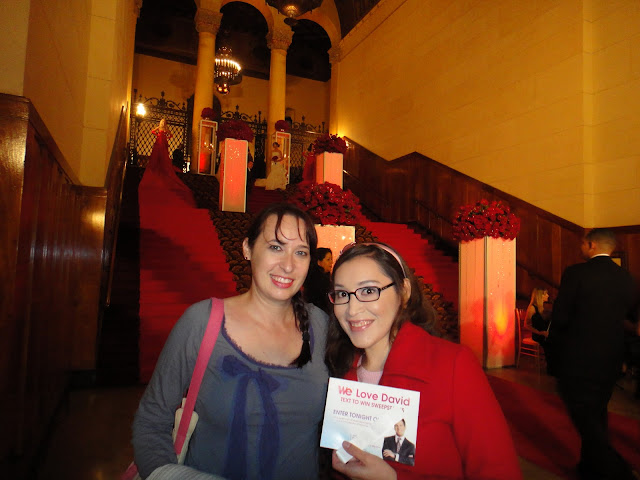 Check out the “living red carpets” at the top of the stairs! 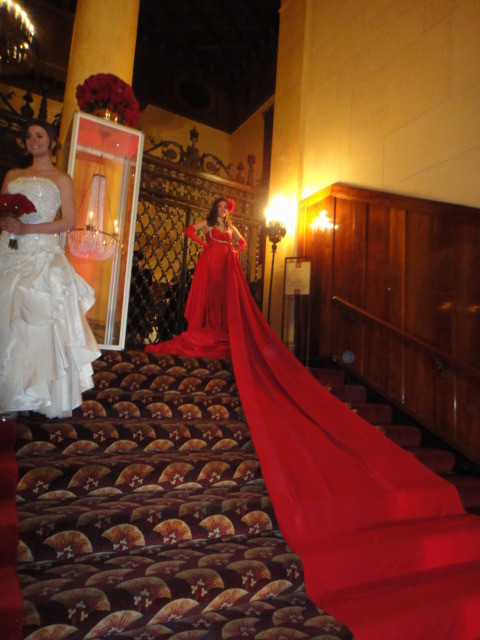 We made our way up the stairs and were ushered into the screening room, which was huge!  There was a DJ, beautiful lighting, and chivari chairs.  The fanciest!  There were also butler-passed glasses of champagne, but we never got any!  Boo! 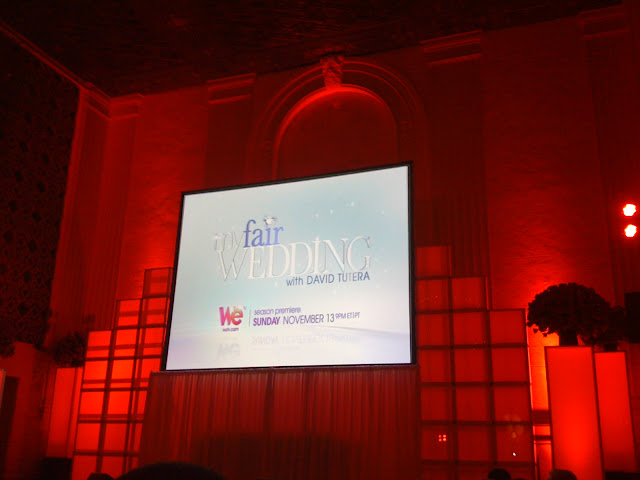 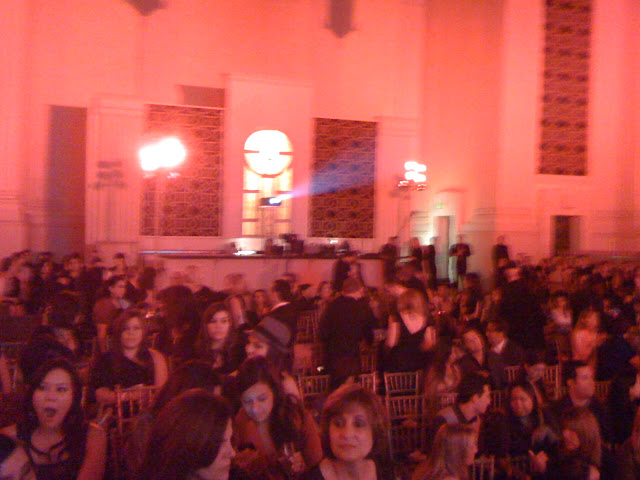 While we were waiting (and waiting, and waiting) for the premiere to start, my celebrity radar spotted Miss J in the audience.  OMG I LOVE MISS J SO MUCH.

Finally, about an hour behind schedule, Frenchie Davis came out to start the show. 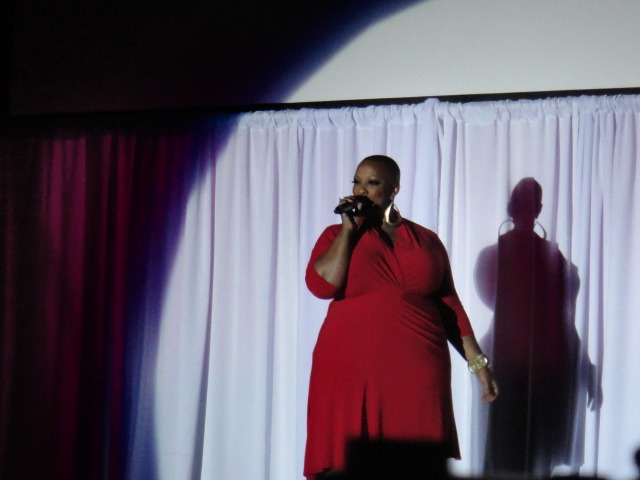 She sang a couple songs and then David came out to introduce the show. 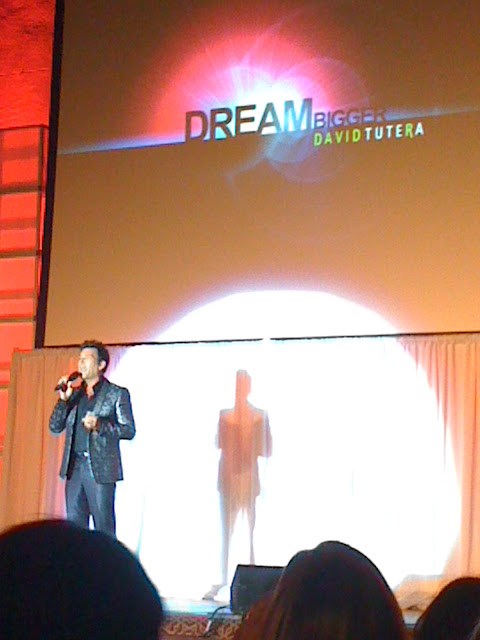 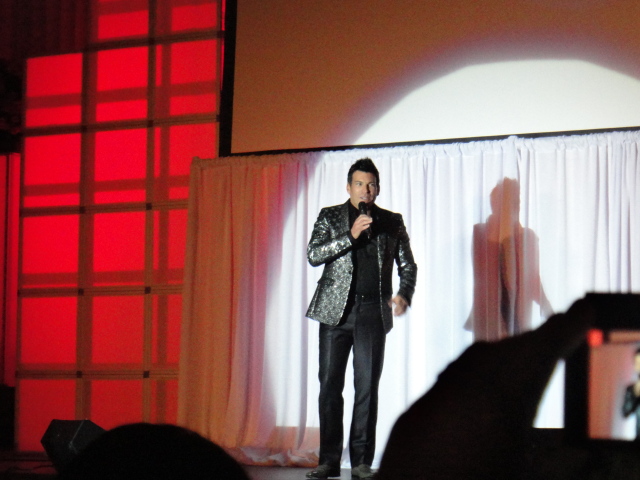 He introduced the first episode of the fifth season, which was spectacular!  I won’t give anything away, but I recommend you watch the season premiere on November 13th.  It’s a real tear-jerker, and I actually took away some decor inspiration from it.

After the episode ended, we were told there was an after party across the hall where food, drinks, and dancing would be waiting for us!  So we waited (and waited, and waited) to exit the screening room.  When we got out into the hall it was a total mob scene and we were directed to go down the stairs.  When we got downstairs we FINALLY got some booze and picked up a swag bag. 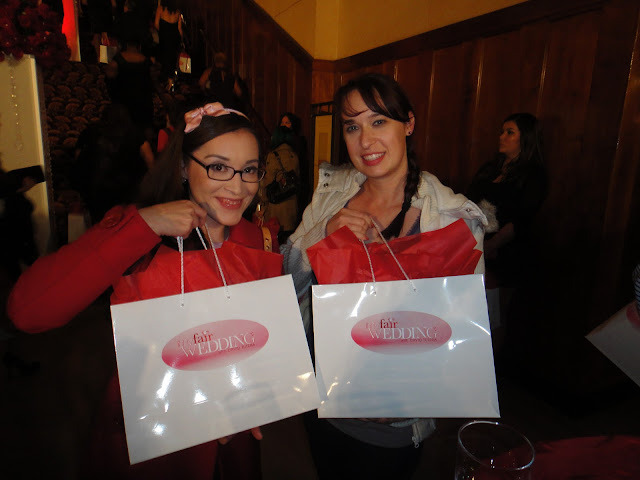 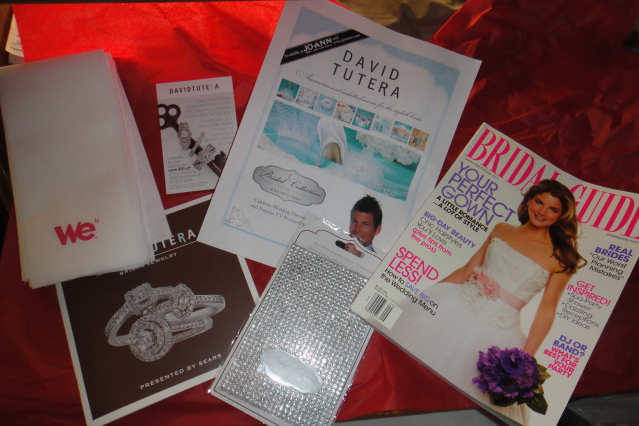 The swag included a Bridal Guide magazine, some David Tutera brand bling stickers, and a bunch of adverts.  Hope pointed out the bag included some sweet red tissue paper, just in time for Christmas!

From here we tried to figure out where the after party was.  We asked a staff member who said it was indeed upstairs and she pointed to a line.  We got in line and waited (and waited, and waited) until we realized the line we were in was in fact NOT the line for the after party.  Hope and I made our way upstairs and got in ANOTHER line (more like a crowd) and waited some more.  There was a lot of confusion: first someone said the party was at capacity and they weren’t letting anyone else in .  Then 30 seconds later, the “bouncer” would let 5 or 6 people in.  After waiting some more, I realized that it was already 10:30PM and I had to get back to the subway to get home.  As soon as I said my goodbyes to Hope and started to walk away, they let everyone in!  Hope said she would give me a ride home so I could stay and party a bit. 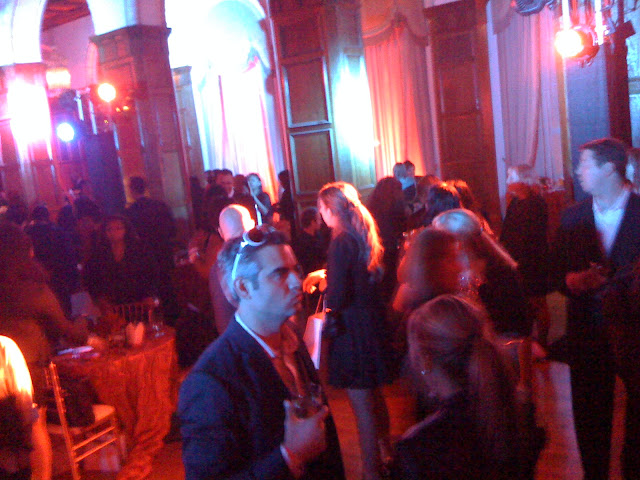 I’m really glad we finally got into the after party because it was SO FUN.  The wine and champagne flowed freely, there were super fancy and tasty passed hors d’oeurves, and a combo DJ/band called Infusion Xperience.  They were AMAZING.  (I sent them a request for a quote because I like to torture myself like that.) 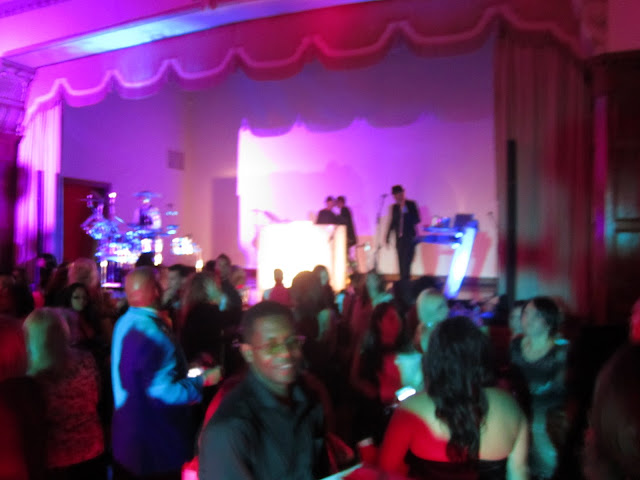 At some point, the man himself, David Tutera, come out and was instantly mobbed by fans wanting pictures. We knew there was no way we’d be able to fight the crowd for a picture, so we improvised.