It’s a very exciting time at Disneyland right now! January 2023 marks the start of the Disney100 celebration, and also the premiere of a new attraction called Mickey and Minnie’s Runaway Railway!

Located in Toontown, Mickey and Minnie’s Runaway Railway is the first ever attraction to feature Disney’s main characters, Mickey Mouse and Minnie Mouse!

The attraction was first unveiled at Disney’s Hollywood Studios in 2020, and was an instant hit with Guests. And now, this innovative all-ages attraction is coming to Disneyland Resort on January 27, 2023!

If you’re looking forward to experiencing Mickey and Minnie’s Runaway Railway when it first opens, you should be aware there will not be a traditional stand-by queue for this ride.

Instead, there will be two ways to ride Mickey and Minnie’s Runaway Railway:

Let’s take a closer look at both of these options so you can be prepared and ready to ride when you arrive at Disneyland!

If you aren’t already using the Disneyland app, follow the below instructions BEFORE you arrive at Disneyland Park to save time:

If you do not have a mobile device or access to the app, please see Guest Services prior to 12 noon. They may be able to assist you.

When Do You Join?

Guests have two chances to join a boarding group – at 7am and at 1pm.

The 7am opportunity will allow guests to try for a boarding group while still at your home or hotel, as long as you have a valid park ticket and park reservation for the day you are making the boarding group selection.

For the 1pm opportunity, guests must be scanned in to either Disneyland or Disney California Adventure. (You can leave the park once you are scanned in, but you must have scanned your ticket and entered the park prior to 1pm.)

If you are lucky enough to grab a boarding group, you will have one hour to return to the attraction once your group number is called.

Once your group is called, proceed to the front of Mickey and Minnie’s Runaway Railway, located inside Mickey’s Toontown.

Directions on How to Join the Virtual Queue

So how does it all work?

You need to be ready, with your app open, *before* the queue opening time, and follow these instructions:

Now that you’ve confirmed your party, you can come back to the app a couple minutes before 7am (or 12 noon) and follow the instructions below:

If you weren’t successful in getting a boarding group, you’ll receive a message that reads something like “Boarding Groups have reached capacity for today.”

If you were successful, as the day goes on your status screen will be updated with a green bar. The green bar grows as you get closer until finally … success! Once you get the notification that it’s your turn, return to the entrance of “Mickey and Minnie’s Runaway Railway” where a Cast Member will scan your boarding pass. Remember, you will have one hour to return.

**NOTE – Everyone in your group can try for a boarding group at the same time! If someone gets through, the rest of the people in the group will get an error message saying they are already in a group.

If you don’t get a group in the morning, you can try again at 1pm as long as everyone who wants to ride is scanned into the park. (Meaning, they entered either Disneyland or Disney California Adventure and had their ticket scanned before 1pm.)

Will Everyone Who Tries to Join the Virtual Queue Get In?

Just a word of warning. Everyone who tries for a boarding group will not get one. You could follow these instructions to the letter and still not be quick enough, or have technology fail you. Here are some difficult truths about the virtual queue process:

It’s not a perfect system by any means, but I do believe it’s better than waiting in an 8 hour line.

What are some tips for getting a boarding pass?

Other than the tips I shared above, I would recommend the following:
– Skip the Disneyland WiFi, which is notoriously unreliable. Use your cellular data instead.
– Stand in an uncrowded area, away from other people using their phones. (But also make sure your signal is strong. You can run a speed test to check.)
– If you do not see the Join Boarding Group red button right away, DO NOT OPEN AND CLOSE YOUR APP. Simply pull down to refresh. Do not restart the app unless it freezes, or it will cost you valuable time.
– If you are in a group, put your faith in whoever has the newest, fastest phone with the best cellular connection.

Can I go to Disney’s California Adventure and still get a Boarding Group?

If you have a park hopper ticket and your starting park is Disney’s California Adventure, you can try for a Mickey and Minnie’s Runaway Railway boarding group during the 1pm opportunity as long as you have already scanned into the park.

Can I scan into Disneyland, then leave and go somewhere else (like back to my hotel or to Downtown Disney) and still join a Boarding Group?

This *should* work for the 1pm opportunity. But I highly recommend staying inside the park.

Can I cancel a boarding group?

Yes, you can cancel a boarding group under the Virtual Queue section of the app.

I have Boarding Group number xx. What time will my Group be called?

Boarding Groups are not called at a specific time. Group numbers will be called as space in the physical queue becomes available. Also, if the attraction breaks down, this will affect when Groups are called. My best advice is to check the Disneyland app periodically for updates on how the queue is moving along.

How does Disability Access Service pass work with this attraction?

Everyone needs a boarding group, even if you are using the DAS pass. The queue is fully ADA compliant. If you need additional assistance, please visit a Guest Services stand.

Yes. Again, everyone in the party will still need a boarding group.

Is there a single rider line?

Not at this time.

Don’t want to hassle with the virtual queue system? I don’t blame you! There is another option, but you’ll have to cough up some money to use it.

With Individual Lightning Lane (“ILL”), Guests can pay a fee to “skip the line” … or in this case, avoid the risky virtual queue process.

While we aren’t sure what the cost will be for a Mickey and Minnie’s Runaway Railway ILL yet, expect the price to be around $25 per Guest. 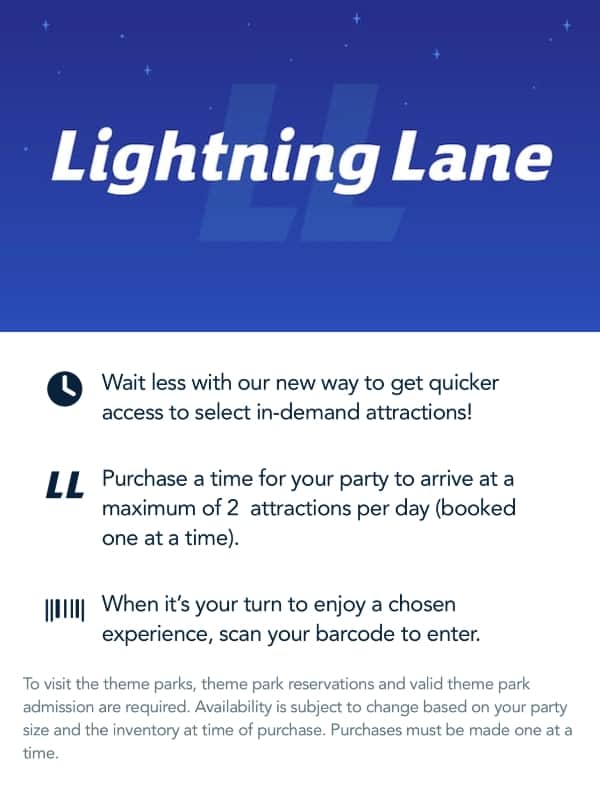 If you want to go the ILL route, be aware Guests are limited to two (2) ILL per day. The other attractions that use ILL are Star Wars: Rise of the Resistance at Disneyland Park, and Radiator Springs Racers at Disney California Adventure Park.

I hope this guide helped you with learning how to ride Mickey and Minnie’s Runaway Railway once it opens at Disneyland on January 27, 2023! Feel free to check out some of my other articles that will help you plan your trip to Disneyland Resort!

Everything You Need to Know About Visiting Disneyland in 2023

How to Use Disney Genie+ and Lightning Lanes at Disneyland