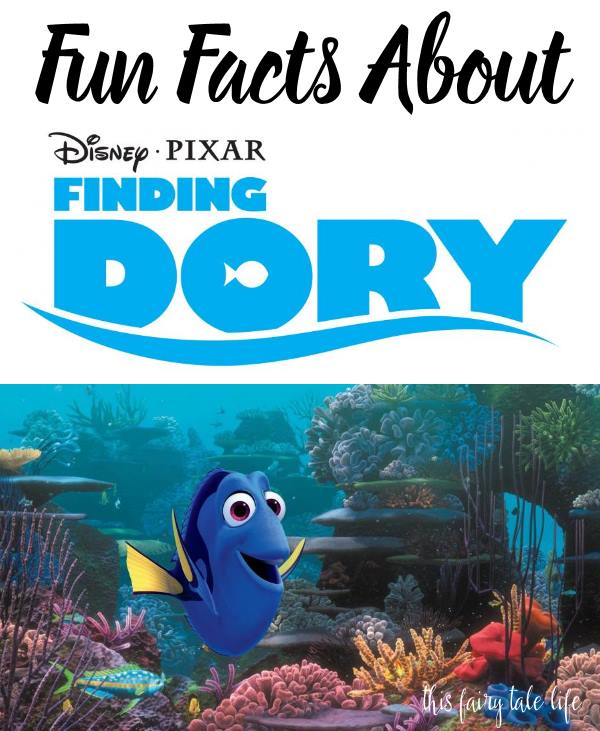 “Finding Dory” opened in theaters this weekend and it is on track to be a big hit! It already has the record for highest grossing opening weekend for an animated film with $136.2 million! I was among the masses who saw it opening weekend and I must say it’s super cute. If you loved “Finding Nemo” you’ll be just as enchanted with “Dory.” I love that we got to see a glimpse into Dory’s childhood and where she grew up, and we also met a lot of cute new characters along the way (did somebody say otters?). Be sure you also arrive in time to watch the always perfect short films that play before the Pixar movies. This one is “Piper,” and it’s adorable with breathtaking animation to match it’s cute story.

If you’re a fan of “Finding Dory,” I hope you enjoy these fun facts about how the movie was made. Be sure you also download the free “Finding Dory” printables I featured last week.

“Finding Nemo” is the first Pixar movie to win an Oscar® for best animated feature.

Dory’s Facebook page has the most likes of any Disney or Pixar character – 25,118,559 likes at the time of publishing. 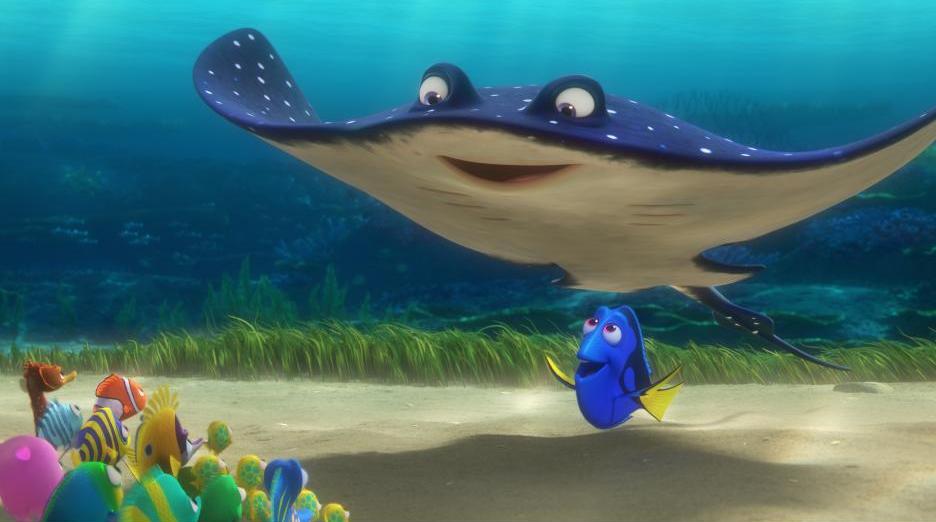 Even though Dory was already designed for “Finding Nemo,” filmmakers had to bring her design into current technology to use it. To achieve the specific shapes and expressions that fans would recognize as Dory, artists put images from the first movie side by side with images in production to ensure all was as it should be.

Destiny is a whale shark who is being cared for at the Marine Life Institute, but filmmakers weren’t initially sure what ailed her. It was Bailey, Destiny’s beluga whale neighbor, who opened their eyes—so to speak. Belugas are known for their echolocation skills — a biological sonar of sorts — that is described at the MLI as “The World’s Most Powerful Pair of Eye Glasses.” Filmmakers decided that if Bailey had an enhanced sense of sight, perhaps Destiny’s was compromised. A nearsighted whale shark was born.

Destiny actually taught Dory to speak whale. Of course, the fact that Destiny is a whale shark — not a whale — explains Dory’s limited understanding of the language.

Dory has found a home with Marlin and Nemo, who welcomed her into their family with open fins. Filmmakers studied the psychology of adoption to better understand how Dory might feel to be a part of an extraordinary adopted family, yet still wonder about her past.

Comedian Albert Brooks returns to the big screen as the voice of clownfish Marlin in “Finding Dory.” Filmmakers say Brooks is all about improv, infusing his iconic comedy into the character. While Marlin carried a big emotional load in “Finding Nemo,” he’s been freed up in “Finding Dory,” allowing Brooks a lot more improvisational leeway this time. 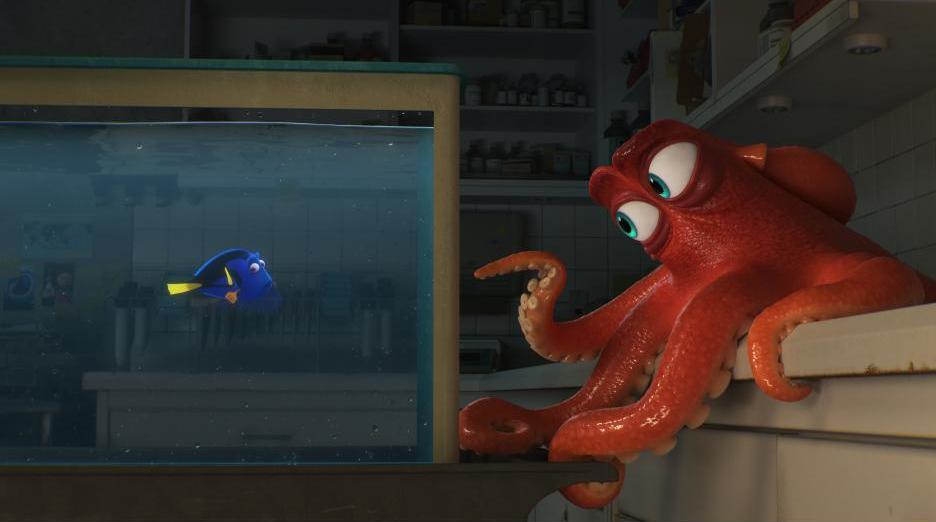 118 weeks were required of the team of technical directors who were responsible for building and articulating Hank.

22 weeks were spent shading Hank to give him extra texture and color, as well as making it possible for him to camouflage himself. (An average character takes less than eight weeks.)

350 suckers are found on Hank: 50 suckers on each of his seven arms.

Becky, an offbeat, kooky loon who takes a liking to Marlin, is named after production manger Becky Neiman-Cobb, who insists there’s no resemblance.

When filmmakers cast the voices of the lounging sea lions Fluke and Rudder, they decided to bring two actors from “The Wire” together again, tapping Idris Elba and Dominic West.

There are 16,091 fish are swimming in the Open Ocean exhibit at the Marine Life Institute.

51 minutes of the film include crowds characters (which is more than double that of an average Pixar film).

Alexander Gould, who originally voiced Nemo in 2003’s “Finding Nemo” is now 22 years old, so filmmakers had to recast the character, calling on 12-year-old Hayden Rolence to voice the junior clownfish in “Finding Dory.”

Gould, who won filmmakers’ hearts 13 years ago, can be heard in the new movie as the voice of a truck driver.