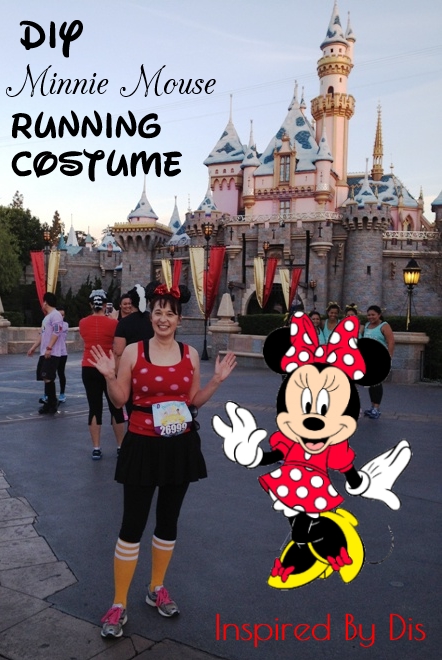 Over the weekend I completed the inaugural Tinkerbell 10k at Disneyland!  This was a 6.2 mile course through Disneyland, Disney’s California Adventure, and the streets of Anaheim, ending outside of The Disneyland Hotel.  I have done two runDisney half marathons and I did the first Disneyland 10k in September, and I think 10ks are my sweet spot.  When the Tinkerbell 10k was announced, I just couldn’t resist signing up!

Then, a few weeks before the race, I got really sick! So sick I couldn’t train or think about getting a costume together. I thought I was going to have to *gasp* wear normal running clothes for a runDisney race. But two days before the race I was cleaning up my office and I stumbled upon my Minnie Mouse clip ears and I had a rush of creativity – how about a DIY Minnie Mouse running costume? I had black shorts so I thought if I could find a red tank with white polka dots, I’d be set! 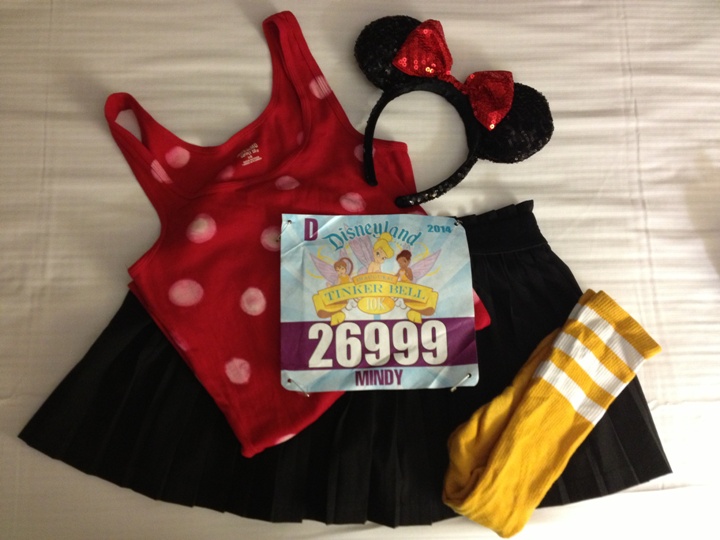 I set out and actually found a black running skirt at Marshall’s in my size. With pockets, too! A total score. (Similar one here)

At Target a found a red tank top, and decided on a whim to try bleaching white polka dots onto it. What was happening to me?!? (Similar red tank top here.) While at Target I picked up a Clorox Bleach Pen.  Then I had to go to Michael’s crafts store for the appropriate sponge brush. (Similar sponge brush here.)

Last but not least, I stopped at American Apparel for socks. Gold knee high socks to represent Minnie’s yellow shoes were perfect.

When I got everything home, I looked at my clip ears and realized the bow was pink, not red! D’oh! My husband said no one would notice/care, but I’m kind of a perfectionist (and I’ve been needing an excuse to buy these sequin Minnie ears headband for a long while) so once I got to the Resort, I picked up a pair!

But I’m getting a little ahead of myself. First I had to make the shirt. 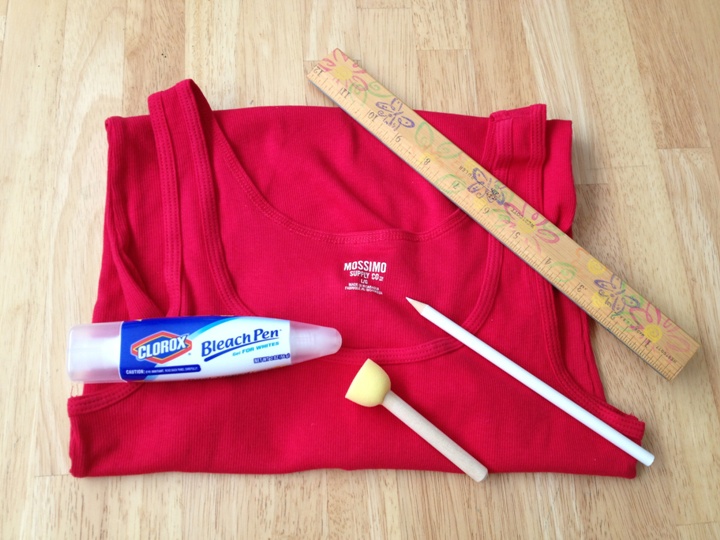 Step 1 – Prep your work area. Put down some paper (newspaper or junk mailings work fine) or cardboard to protect your surface.  Then put cardboard inside your tank top, so when you’re bleaching, it doesn’t leak through to the other side.

Step 2 – Decide where you want your dots and how far apart.  For the picture I was referencing, Minnie’s dots are staggered, so I did the same. Plus I think it looks a little more interesting that just putting your dots in straight rows!

I used the pencil and ruler to mark a dot every 4 inches vertically.  Then I did the same thing horizontally, using the first row of markings as a guide.  Then I measured two inches down and two inches to the right for my staggered dots, and I repeated the process, four inches apart, between the existing rows. Hopefully the picture explains it! 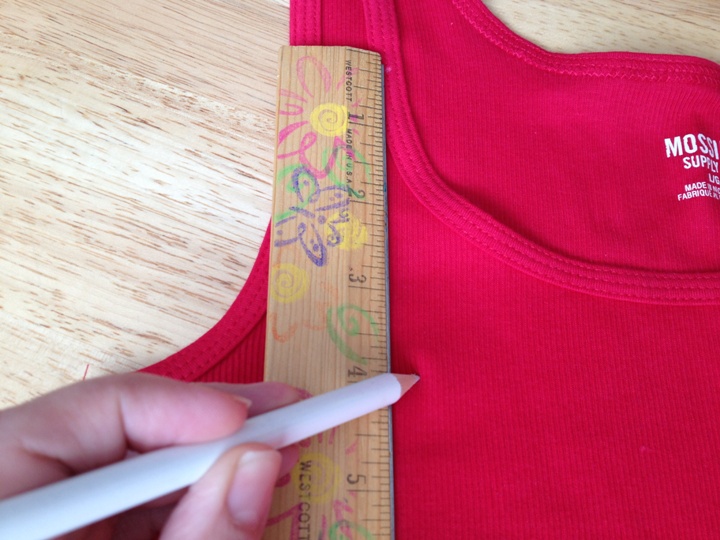 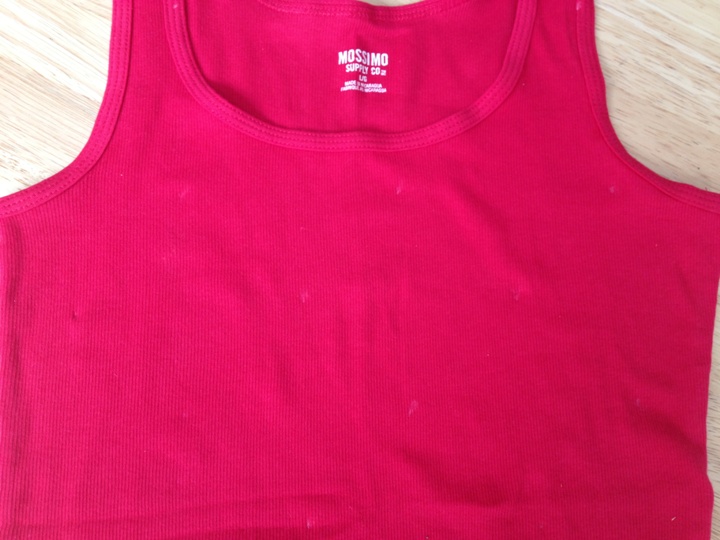 Step 3 – Once you have your pencil markings for where the dots go, it’s time to bleach! I used a piece of cardboard and squeezed some of the bleach gel out.  Then I dipped the round sponge brush in the bleach and made sure it was good and covered completely, then I placed the sponge brush centered over the top left pencil mark and pressed down. Then repeat until that side of the top is covered in bleach dots!  The result is not immediate so don’t worry if it doesn’t lighten right away. Some dots will come out crooked, and that’s okay – just reapply the sponge gel on top of it until you have a full circle.

Let dry until all the circles aren’t wet anymore.  You may have to use a napkin to test it but you should be able to tell just by looking. 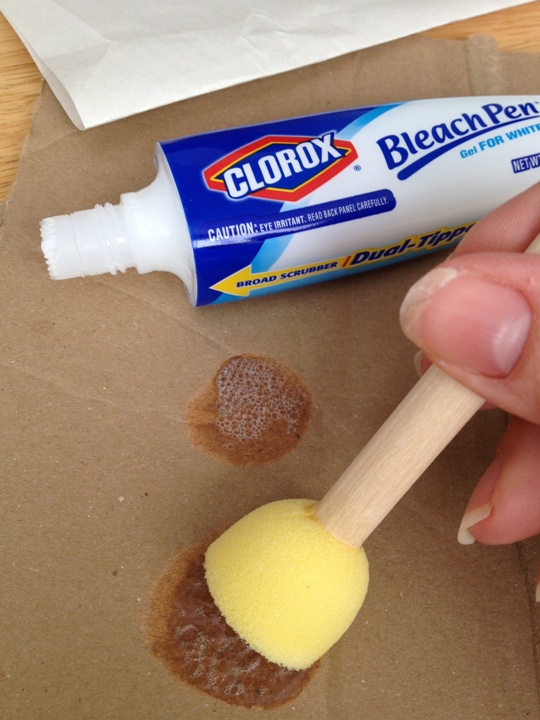 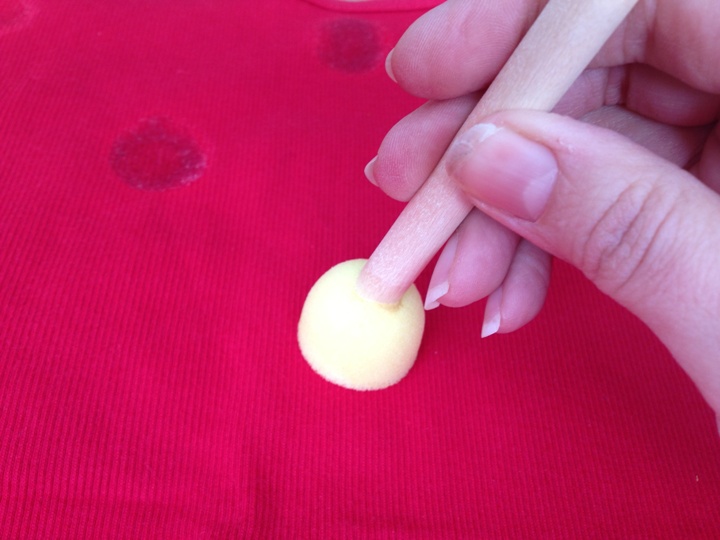 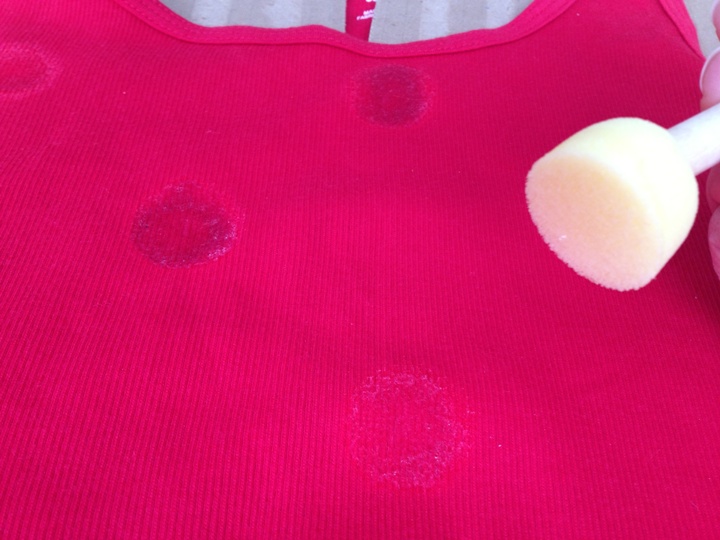 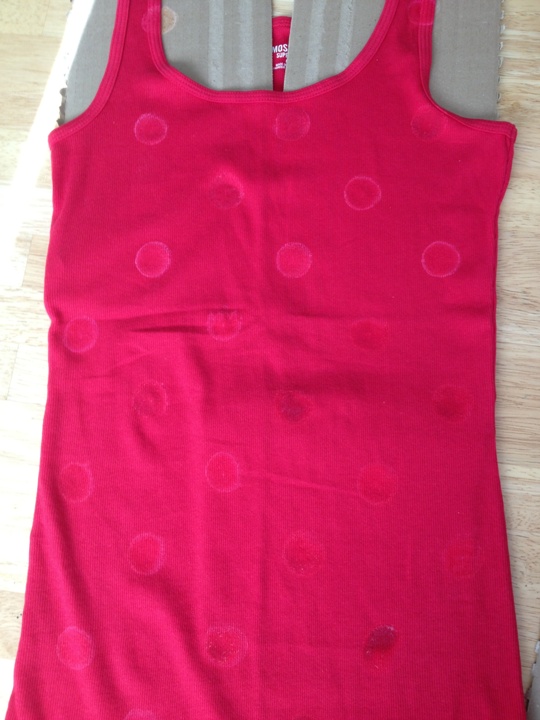 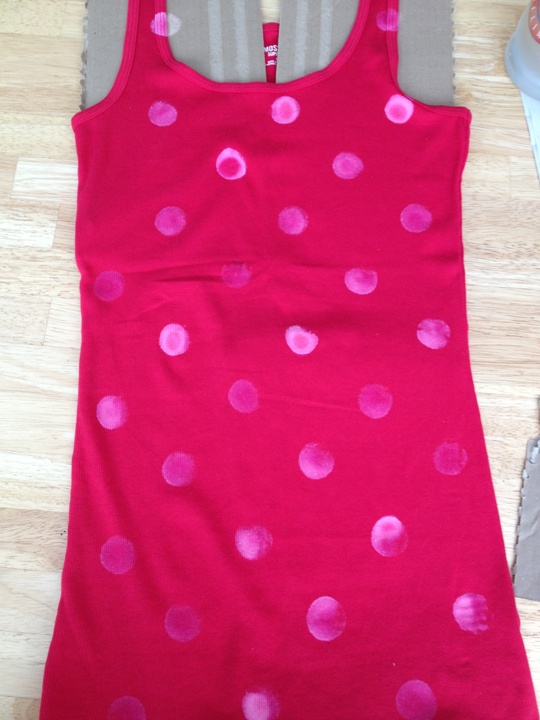 {After about an hour of drying}

When both sides of my tank were dry, I didn’t think the bleached dots where light enough, so I used the smaller side of the gel pen to fill in some areas I thought needed a little more bleach.  I did this on one side, let it dry, then flipped over and did the same on the other side. By the time everything was dry, I was very happy with the results! 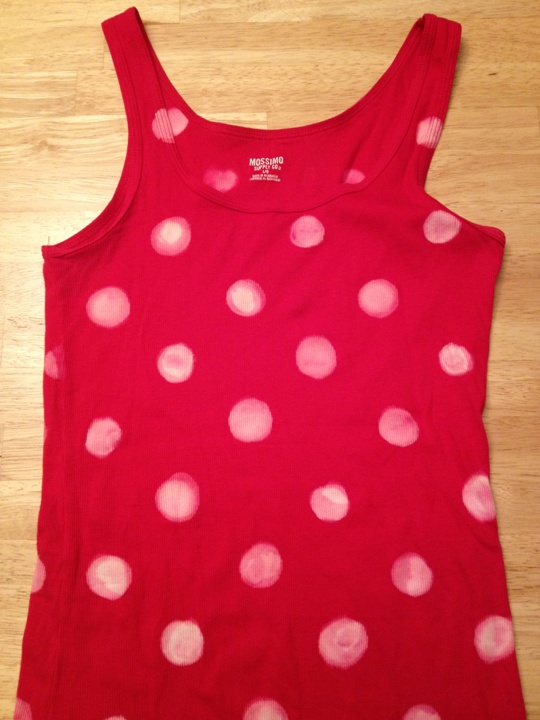 Step 5 – Wash the tank (by itself in the machine or in the sink) before you wear it.

Step 6 – Wear it to your runDisney race and collect your bling! 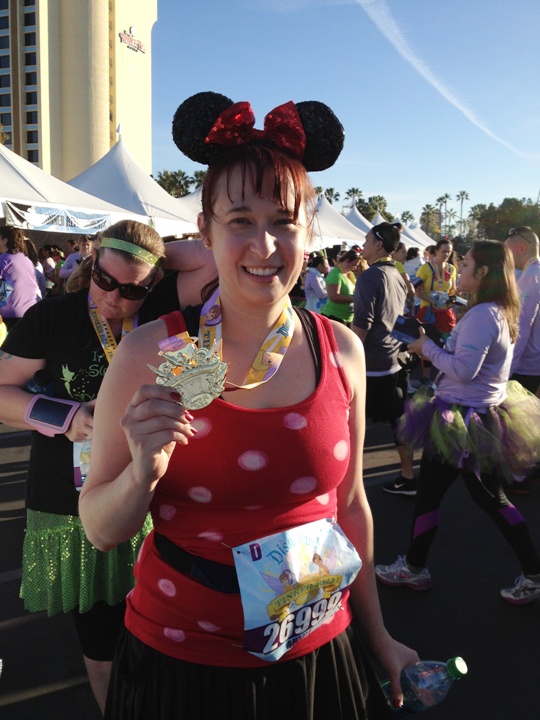 This project was really easy and fun to make, and I love the results! I have the urge to bleach polka dots on everything now.