Hey, remember my wedding week trip report?  If you’re new here, probably not.  It has been weeks since I updated my trip report, but my new goal is to finish before we leave for our next trip.  There are only three more chapters left, so let’s get this thing back on track! 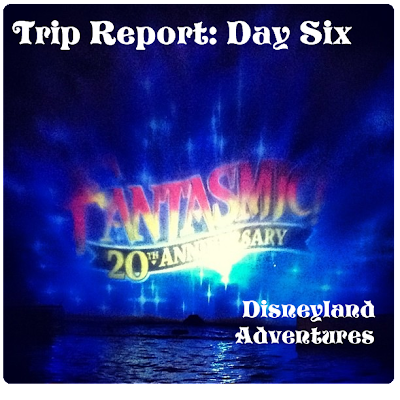 Day six of our trip (Tuesday) was the first day we didn’t have any obligations.  We still had to wake up a little early, though, to say goodbye to Mr. BFT’s family who were flying home that morning.  We walked over to the Paradise Pier hotel where Mr. BFT’s sister and her family were staying.  Then we hopped on the airport bus which swung around to the Disneyland Hotel.  His parents were pretty surprised when they saw us get off the bus!  I think they thought we were going to let them leave without saying goodbye – NOPE!  We said our goodbyes and thank yous and watched the bus drive away.

Here is where the trip took sort of an unfortunate turn.  A little backstory: The morning of our wedding, Mr. BFT found out his boss was fired from the TV show he had been working on.  There was some speculation of it happening the few days before but it was still pretty crazy.  Mr. BFT was able to put it aside so he could fully enjoy our wedding festivities but on Monday the emails and texts got pretty intense.  I felt bad for Mr. BFT because I wanted him to be fully present and able to enjoy our wedding week, but these things happen sometimes, I guess!  I better get used to this craziness and uncertainty as the wife of a TV writer.

On Monday his agent told him about an opportunity to interview to be a writer on a different TV show, but he had to interview on Tuesday.  So sadly, Mr. BFT had to drive back to L.A. on Tuesday morning and then drive back to Anaheim in the afternoon.  It was quite the bummer, for both of us.  Now you are all caught up.

After we said goodbye to Mr. BFT’s family, we grabbed a quick breakfast and hung around the hotel room for a bit until Mr. BFT had to leave for his interview.  I contacted my family to see what they were up to since they were leaving that day, too (driving).  We met up for lunch at Rainforest Cafe and then I said goodbye to my parents and one brother.  My other bro Matthew had scored passes to the AP Fantasmic party that night at Disneyland (and got passes for Mr. BFT and I, too!) so we said he could stay in our hotel room that night.  After lunch the two of us decided to hit up Disneyland and took the monorail into the park. 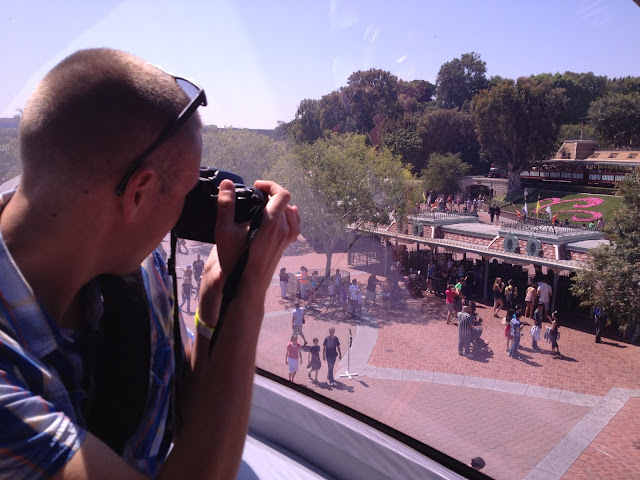 Merida had just started making appearances in the park (Brave wasn’t even in theaters yet!) so we waited in line to meet her. 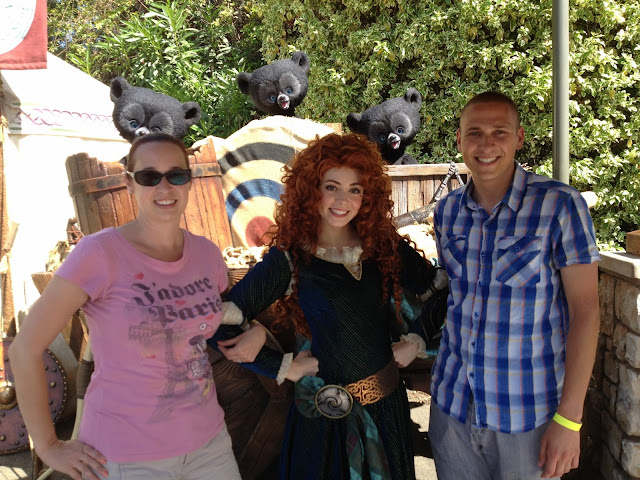 Hanging out with my bro at Disneyland was cool!  We went on the Storybookland boats since Mr. BFT hates that attraction. 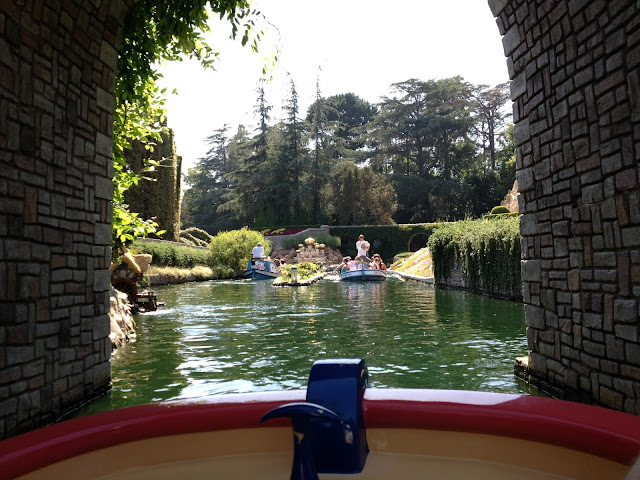 While in the queue for Peter Pan, I got a call from Mr. BFT that he was on his way back to Anaheim after his interview, BUT he had just got a call from his agent that the TV show he worked on previously hired new showrunners and they wanted to meet with Mr. BFT the next day!  UGH. So he had to go back to L.A. again tomorrow!  Such a bummer.

After doing a few more Fantasyland rides, Matt and I went back to the Disneyland Hotel and got snacks and drinks at Trader Sams.  Eventually Mr. BFT showed up and the three of us hung out on the Trader Sam’s patio for a couple hours.  Eventually we decided to go back to our room to clean up and prepare for the Fantasmic Party while Matt went back to Disneyland for a while. 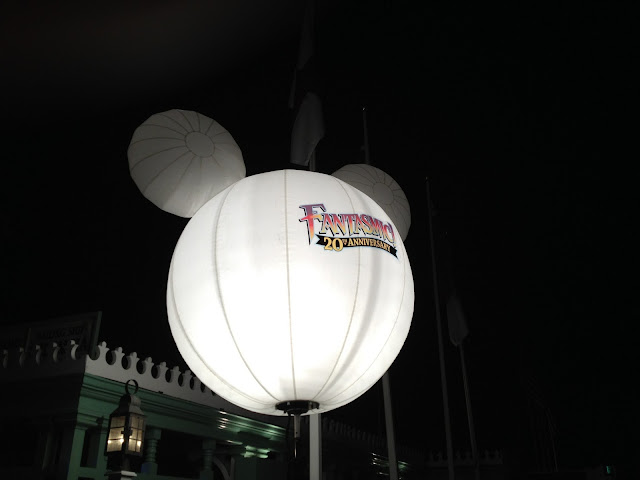 I think the Fantasmic Party started around 8pm.  A few attractions were open in Adventureland and Frontierland, so even though it was a small crowd, those lands were still packed and there were long lines for everything, including the special bacon mac n’ cheese hot dogs that I just HAD to try: 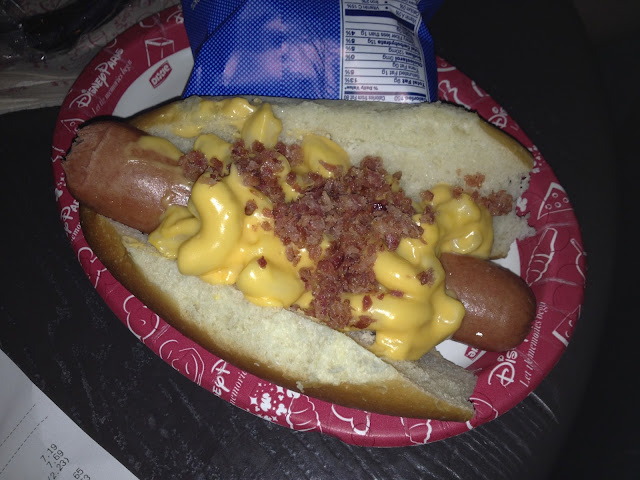 … and immediately was filled with regret.

We walked through Tarzan’s Treehouse, which I hadn’t done in years!  And yep, I wore my bridal ears everywhere that week. 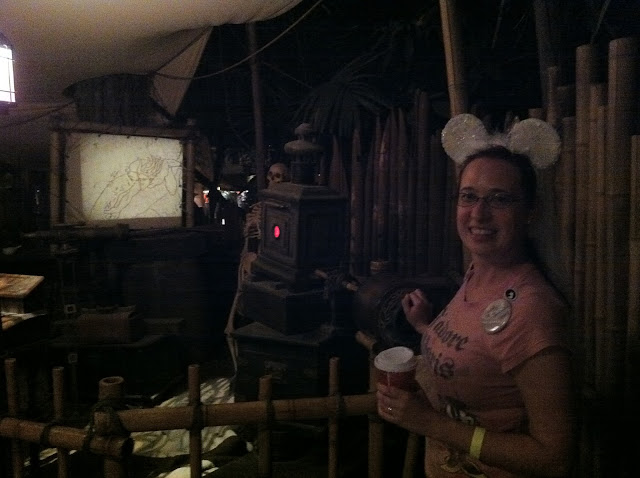 About an hour before the show was to start we secured spots along the Rivers of America.  I went to get the special Fantasmic cupcakes while the guys held our spots.  I bought two cupcakes and they were so top heavy, wouldn’t you know, I dropped one!  And when I bent down to clean it up, I dropped the other one!  After cleaning up the frosting so no one would slip (that’s the insurance investigator in me), I took the remnants of my cupcakes back to the restaurant and they gave me two replacements, and said it had been happening all night!  So embarrassing, but at least I wasn’t the only klutz. 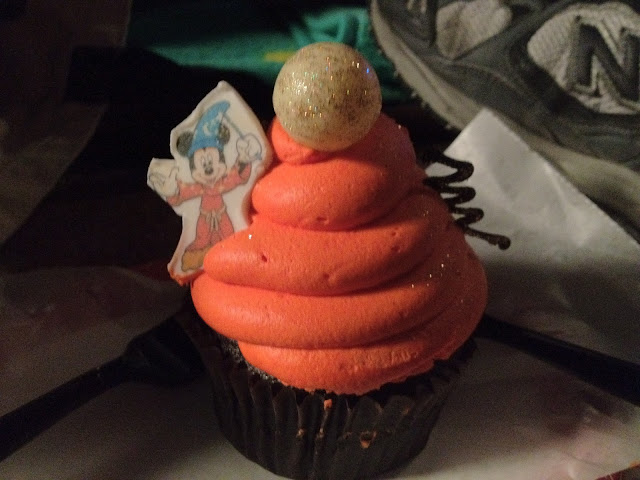 (After all that, the cupcakes weren’t that great).

It was fun to watch Fantasmic again; I hadn’t actually sat down and watched it in probably over five years!  Mr. BFT had never seen it and was really impressed. 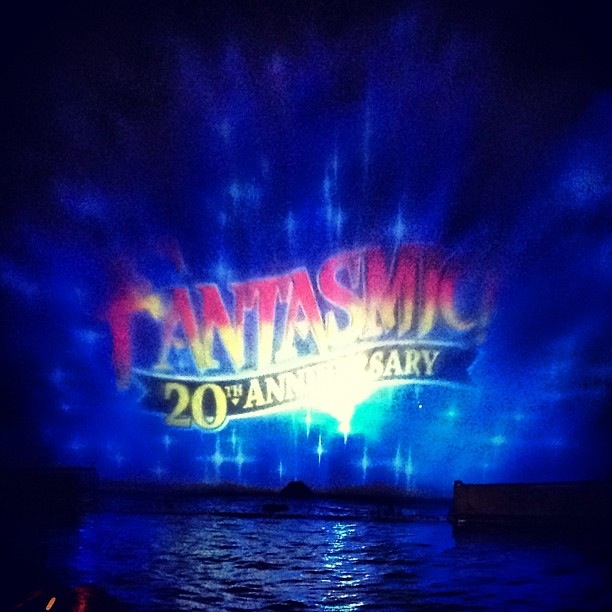 After Fantasmic, Mr. BFT and I were ready to head out but Matt wanted to stay and enjoy the park until it closed, which I think was 1am (it was around 11:30pm at the time).  Perhaps the best part about the Fantasmic Party was walking around a nearly empty Main Street on the way out! 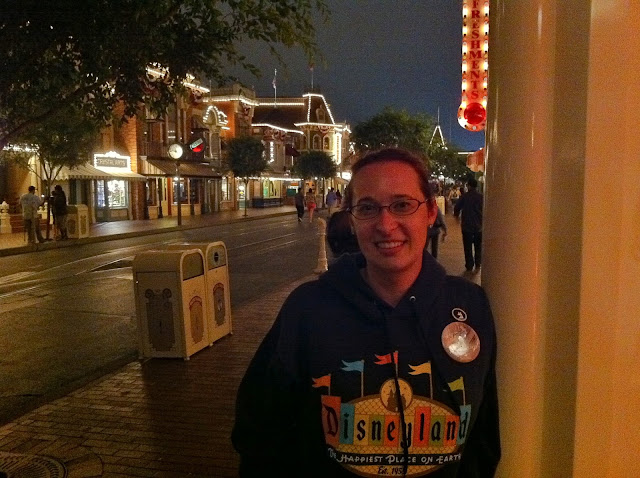 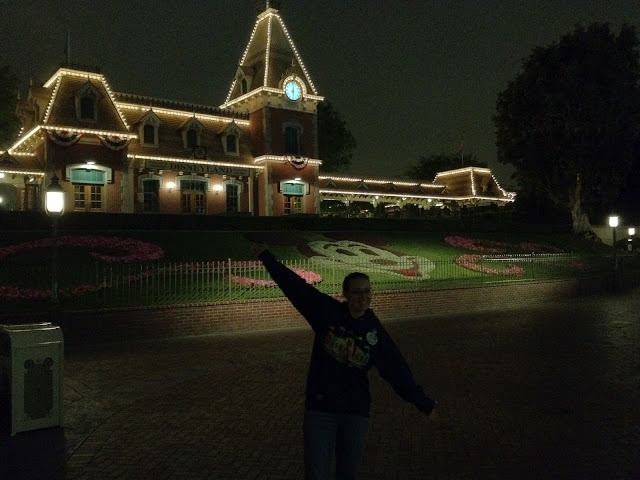 Once we exited Disneyland we noticed a lot of light, noise, and activity coming from the main entrance of DCA, which at the time had been closed for months due to refurbishment.  We walked over and some of the partitions were down, giving us a little glimpse of Buena Vista Street! 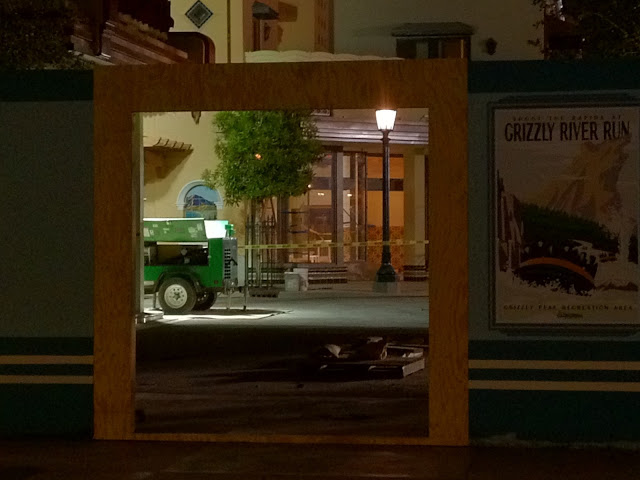 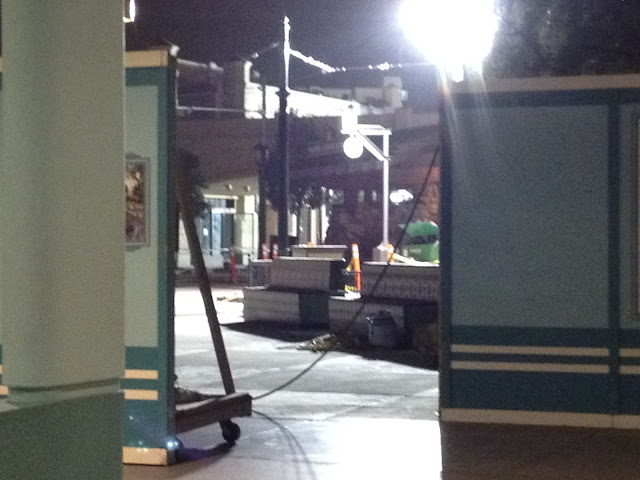 It’s not much, but it sure was exciting at the time!  (Fun fact that I’m just now realizing: Those are the same benches that I took pictures at last weekend during Dapper Day!) 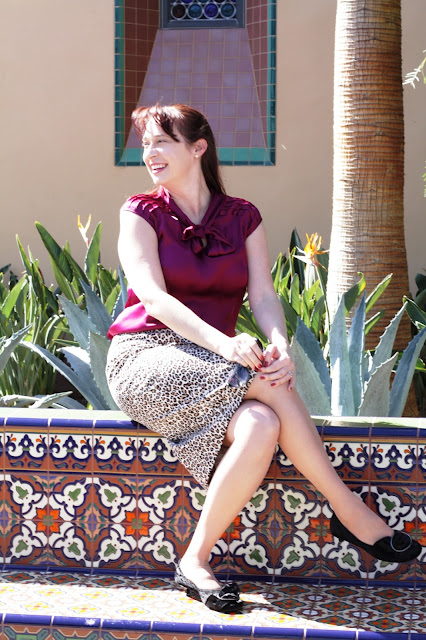 (♪♫ It’s a small world after all …. ♫♪)
It was probably around midnight when we got back to the hotel and we stopped at Trader Sam’s for a nightcap, as we did pretty much every night.  At some point Matt caught up with us and we all headed up to the hotel to call it a night.  Aside from poor Mr. BFT’s road trip, it was a really fun day!
Next Up: Day Seven – Poolside naps and a fancy dinner
0 Shares
Tweet
Share
Pin
Share