Happy Wednesday, dear readers!  It has been a while since we have featured some “Real Disneyland ____” pictures, hasn’t it?  I know I should probably be writing a recap of my own wedding but I’ll be very honest with you (because I love you so much) – I got some not-so-great news about my beloved cat Walter and I’m very distracted.  Luckily for all of us, I have had this really fun Disneyland engagement shoot in my back pocket that has been screaming to be featured for a while now, and I’m super happy to finally be bringing it to your eyeballs!

The bride, Falon, blogs at Pink Cupcake Weddings, so be sure to check out her blog and say “hello!” (Also, mmmmmm, pink cupcakes …..)

My now husband and I decided on a shoot in ToonTown at Disneyland because we felt it was a great representation of our personalities.  We are both goofy, silly, and love to have fun so it was a perfect fit.  I am a huge Disney fan, and while the same cannot be said for Matt, he tolerates my obsession well.  Matt was a member of the Disneyland All American College Band for one summer so he spent enough time in the park to become immune. :o)  I knew a Disneyland wedding was not for us because it would have been only about me, but I had to have some Disney involved somewhere so I settled for engagement pics.  After more than one photographer canceled on us, we borrowed a fancy camera from the school where I work (I’m a part time wedding coordinator and full time teacher) and coerced my best friend Kristen into taking the shots.  Seeing as she has no photography background, I think she did a pretty good job!  Overall the day was tons of fun; having Kristen shoot our pics made us both more relaxed.  Despite the setbacks, we had a great engagement shoot! 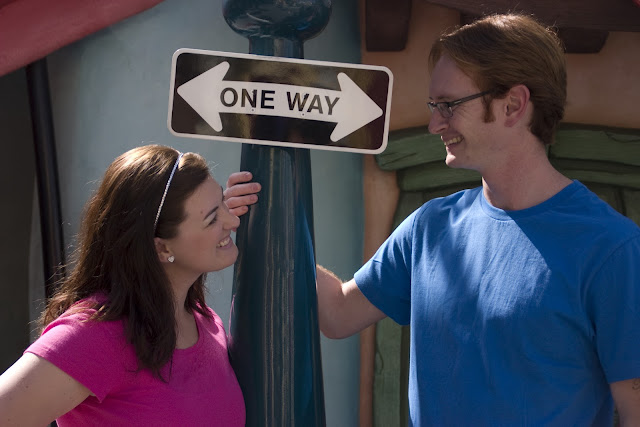 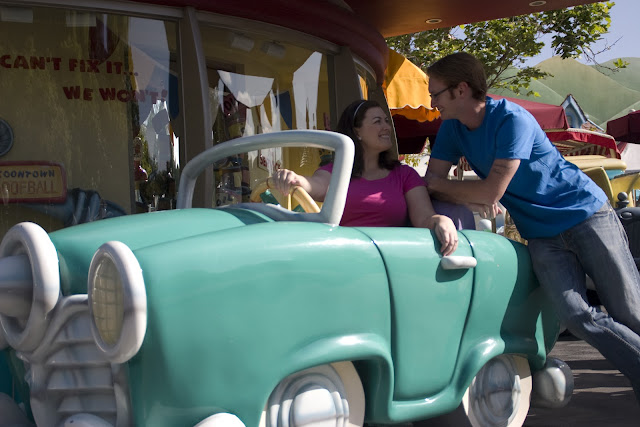 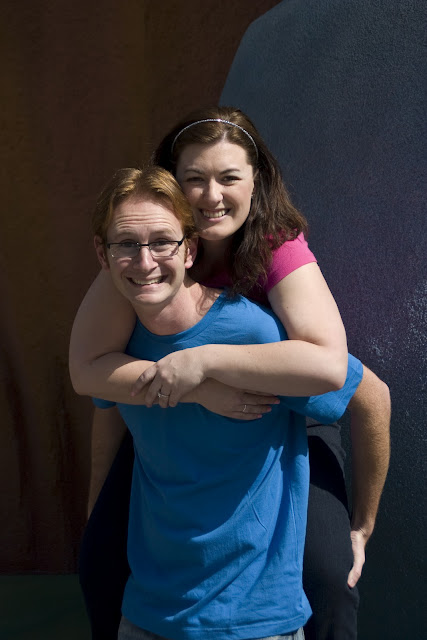 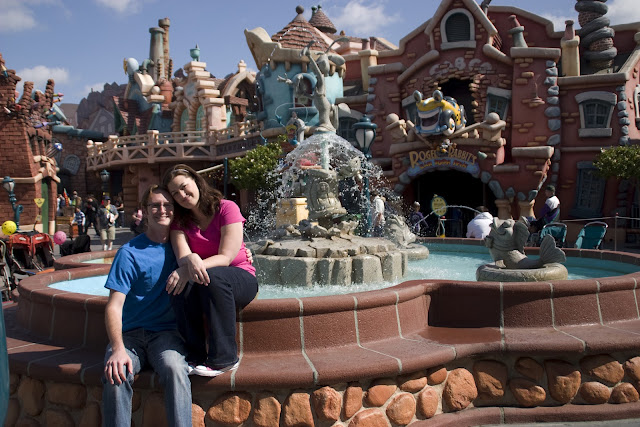 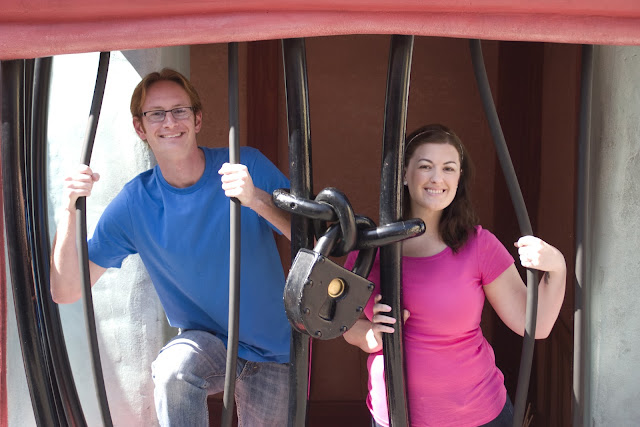 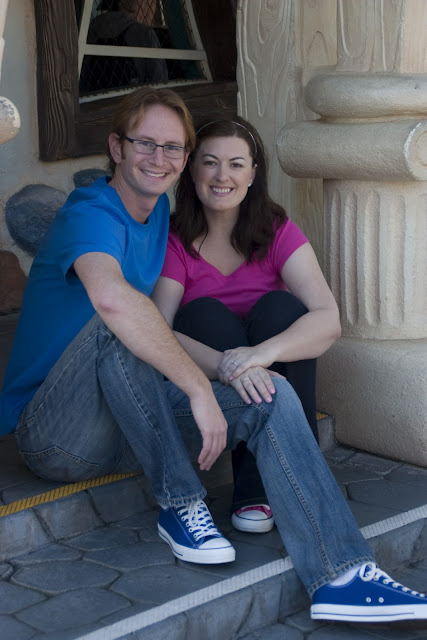 And how cute are their colorful signs for the Save The Dates?!? 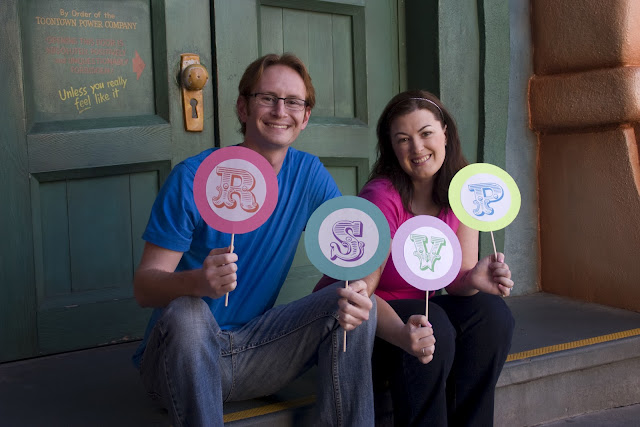 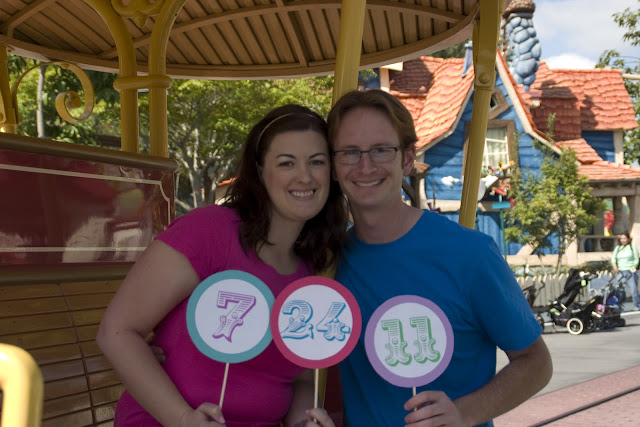 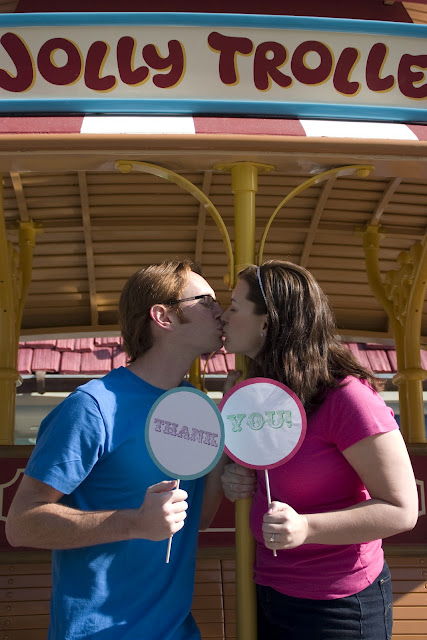 So cute, and the pictures are so much more meaningful since they were taken by a friend!  Congrats on your upcoming one year anniversary, Falon and Matt!