Courtney and Allen’s wedding is coming up later this month, so I thought I’d better hurry and share their proposal story! It’s a classic Disneyland proposal with a couple surprises for Courtney … Allen, you did a great job with your planning! Thanks to Courtney for sharing your Disneyland Snow White’s Wishing Well marriage proposal story with us, and best wishes for your “UP” themed wedding! (Can’t wait to see pictures … hint hint!) 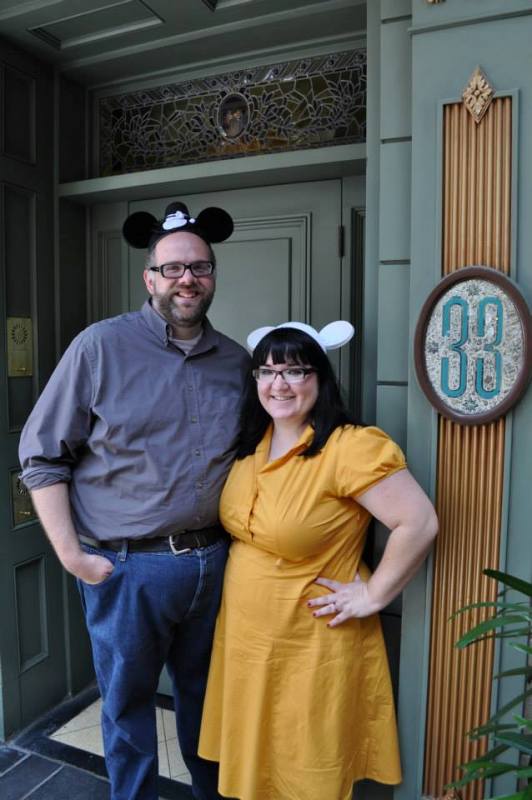 Allen and I met while working in a library together. He is a librarian and I’m currently getting my Masters Degree in Library and Information Science, so basically we are two librarians who fell in love at the library.

I’ve had a Disneyland Resort annual pass since 1992 and was not shy in letting Allen know about my love for all things Disney and Disneyland. He ended up buying a pass within two weeks of us beginning to date. We have spent many nights just going to the park for dinner or a walk. It’s our happy place.

I always told him that I would love to get engaged at Disneyland and he listened! On May 25, 2013 he woke me up, told me to get dressed and to wear something nice because we were going out. We ended up at Disneyland, which was not a surprise since we go all the time but we do sometimes like to make special reservations for dinner or lunch, or something at the resort as a surprise for each other. And boy was I surprised … as we were walking into Disneyland, Allen asked me if I was hungry and I said, “Sure! Where do you want to eat?” He said, “How about Club 33?” I think I told him to shut up. I had only eaten there once before and not with him and I had been really wanting to share that special experience with Allen. I didn’t question HOW he managed to get us in, I just went with it and enjoyed it. I had the chicken, he had the pasta and we both had drinks and desserts. It was magical.

After lunch, he suggested we take a walk around the park to walk off some of that food. It sounded good to me so I let him lead the way. We ended up walking through Adventureland, across the hub, up through Sleeping Beauty’s Castle and down the side entrance over by Snow White’s Wishing Well. I had no idea where we were going or why but as soon as we got there I saw our friend Dave with his camera. Allen turned around and told me that he asked our friend Dave to be here because he had something to ask me. He then got down on one knee and proposed! I have no idea exactly what he said but I’m pretty sure I said “yes.” 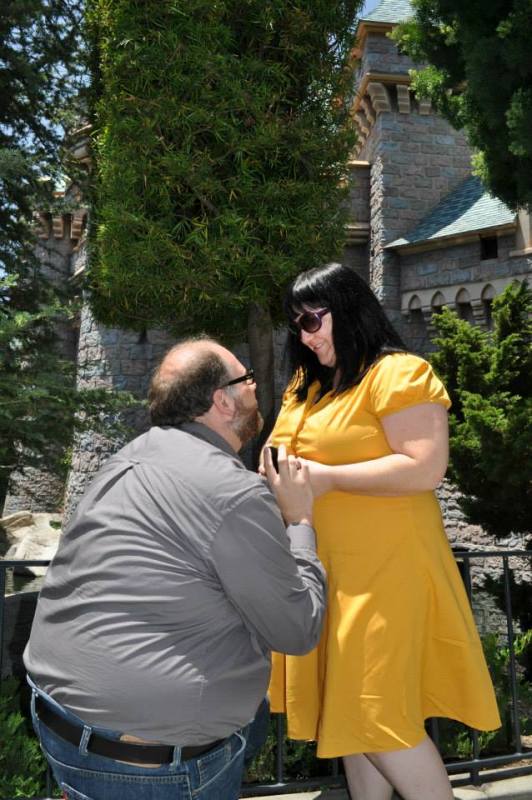 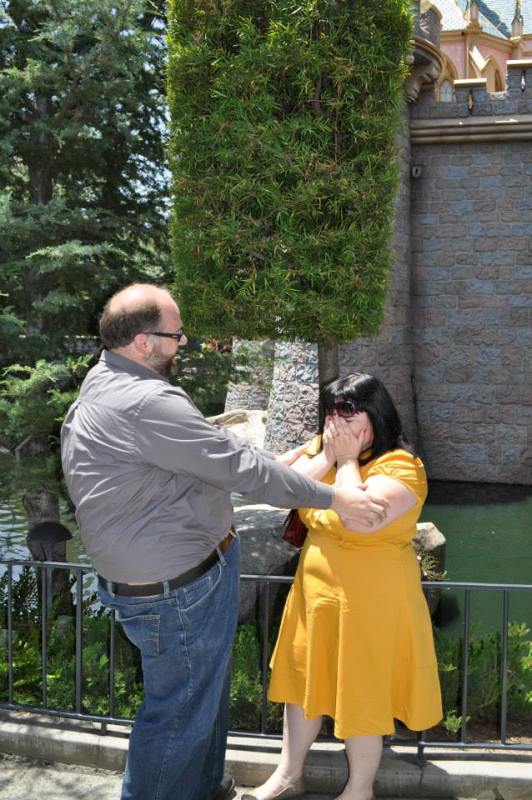 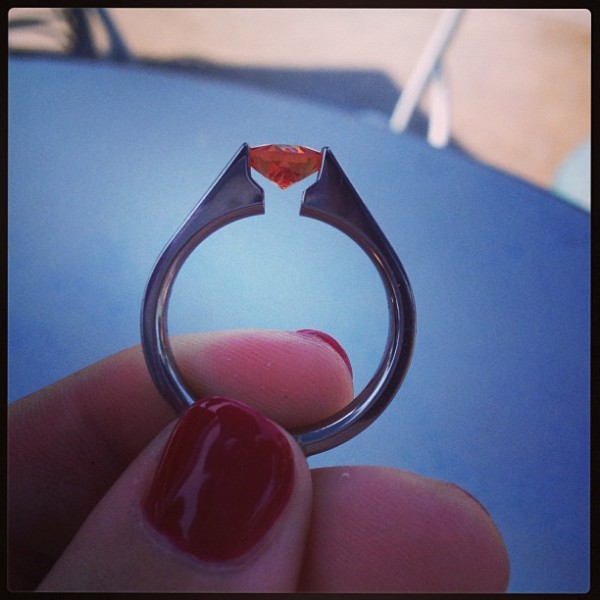 Allen then let me know that Dave was going to hang out with us and take pictures of us around the park, so that’s what we did! First things first though, we went to buy Bride and Groom Mickey and Minnie Ears. Dave was great and we had the best time running around the park with everyone congratulating us. 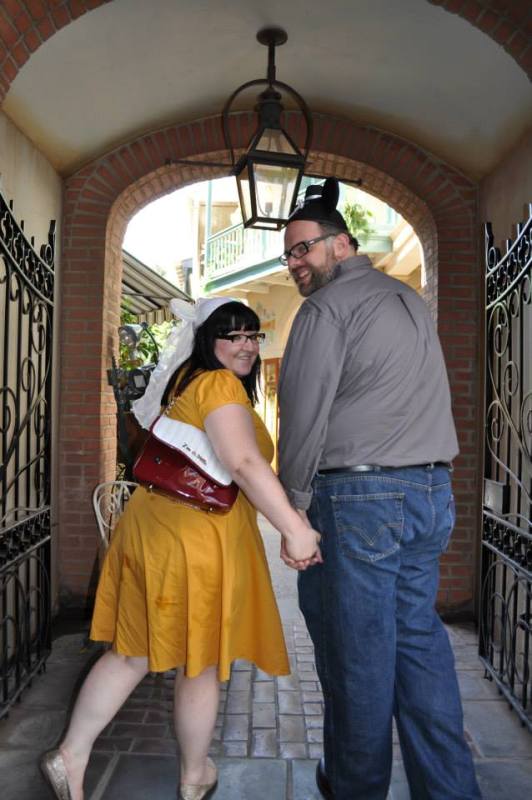 After Dave left, Allen had an even bigger surprise for me. He booked the Fairytale Signature Suite room at The Disneyland Hotel! It was beautiful and amazing and staying there made me feel like a princess. 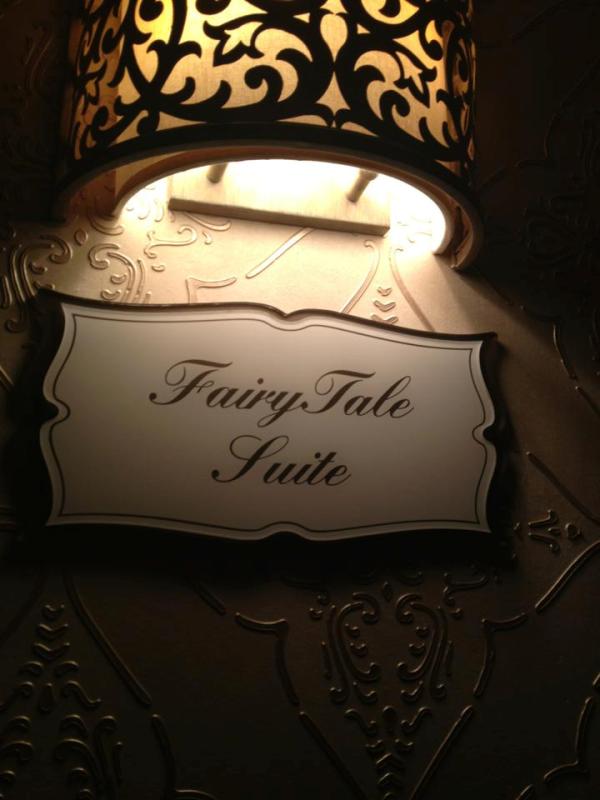 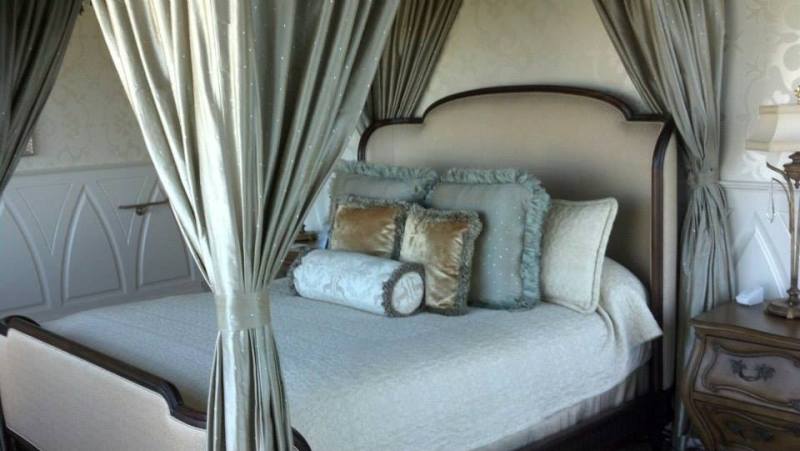 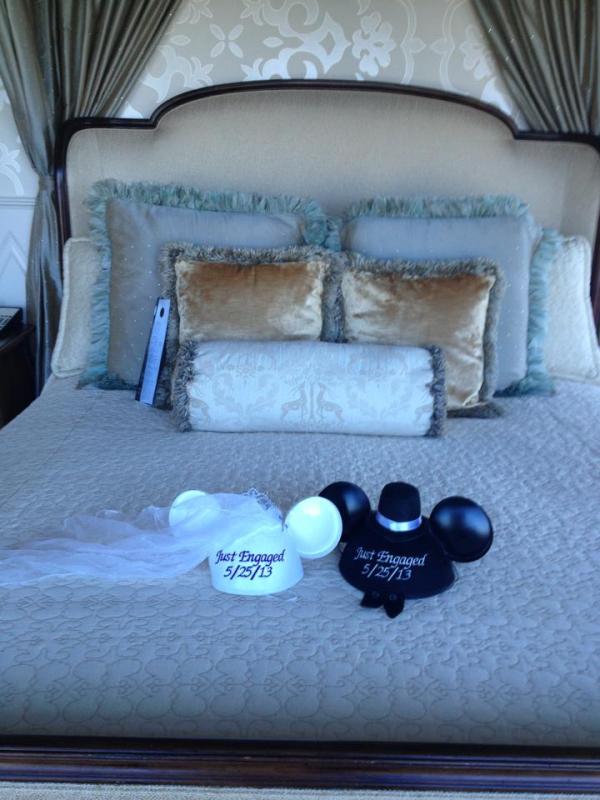 I can’t wait to marry my prince in October 2014. We’re not going to be married at Disneyland, but we will be having an UP themed wedding at a venue where we can see the Disneyland fireworks which makes us VERY excited! 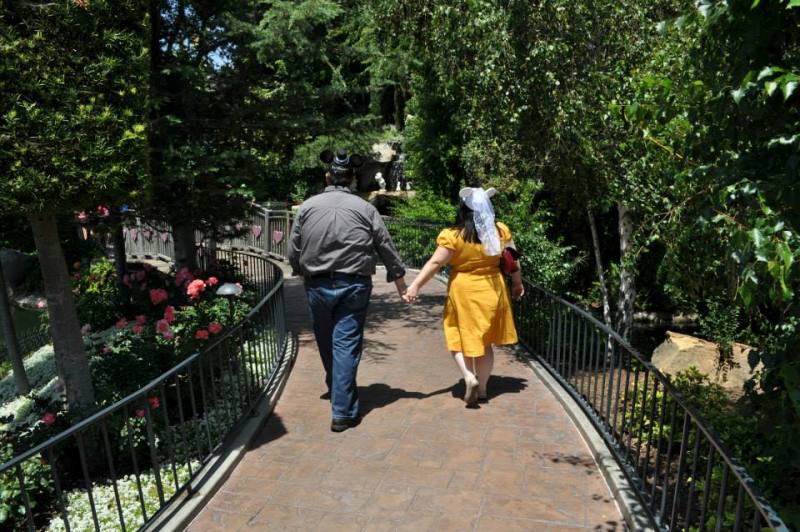 Engaged at Disney? I want to feature your story! Please contact me via my Submissions page.