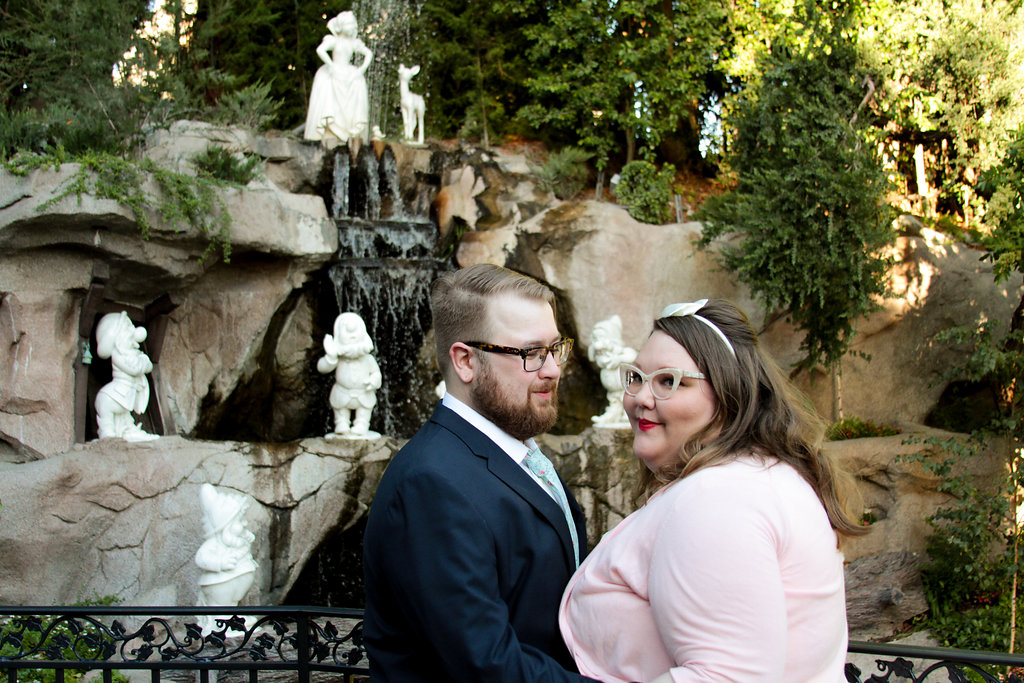 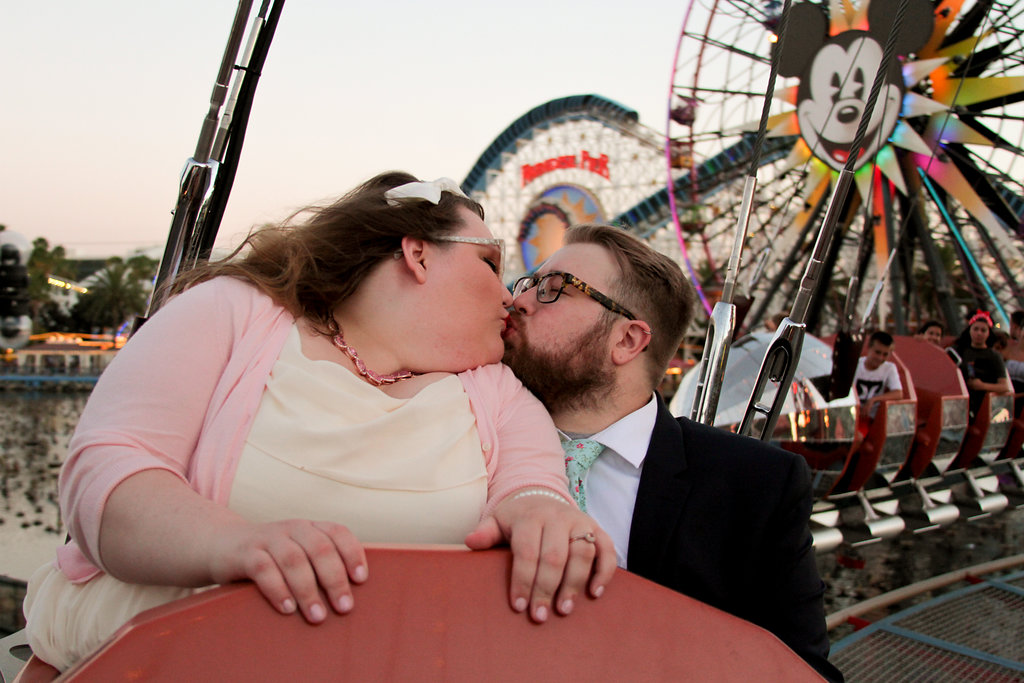 Steph and Shelby are from Vancouver, Canada and came to Southern California to elope and spend a mini-moon at Disneyland. They reached out to Trista at Altar Image Photography – who just also happens to be a big Disneyland fan! And turns out their chosen wedding day was ALSO Disneyland’s Dapper Day, so they ran with that theme! 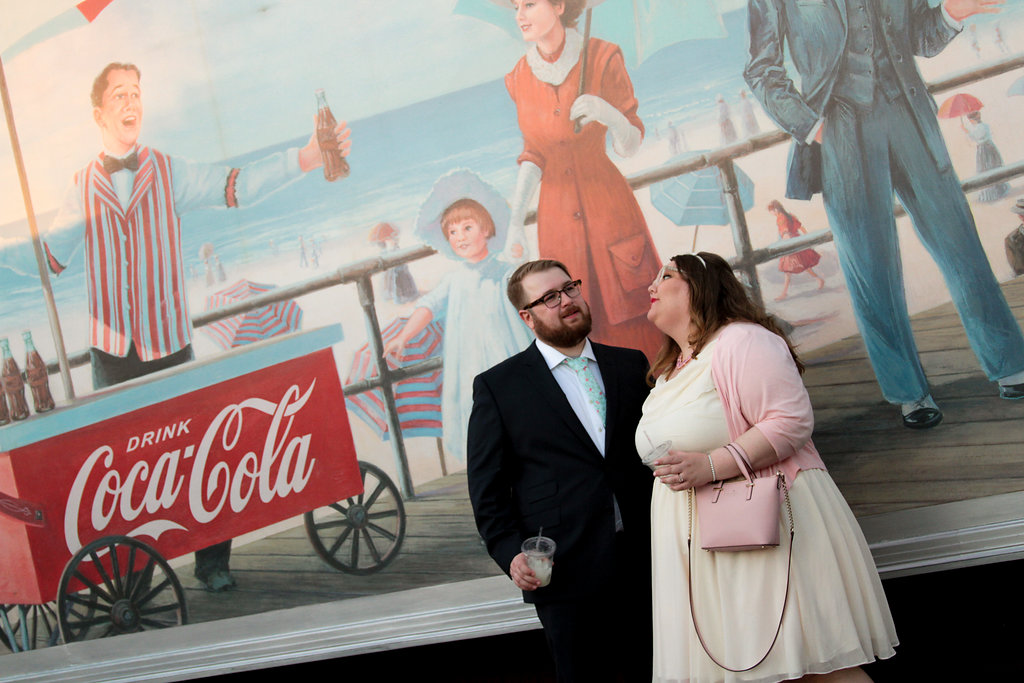 This cute couple eloped in a lovely park in Irvine, just a few miles away from Disneyland. After their wedding ceremony they celebrated at Disneyland and commemorated the day with a fun photo shoot. And of course I am loving all the bride’s pink details!

From Trista (Photographer): Steph emailed me and said she found me on Offbeat Bride and would I be up for shooting an elopement in Irvine. They were from Vancouver, BC and wanted to have their ceremony in a park and have their mini-moon at Disneyland. I let her know that I would totally be up for shooting their elopement, oh, and by the way, Dapper Day is the day they were getting married. In her email back to me she was freaking out and said, you’ll see why when you look at our engagement photos. They were vintage and her dress had castles all over it. I knew from that moment that this elopement adventure was going to be awesome. 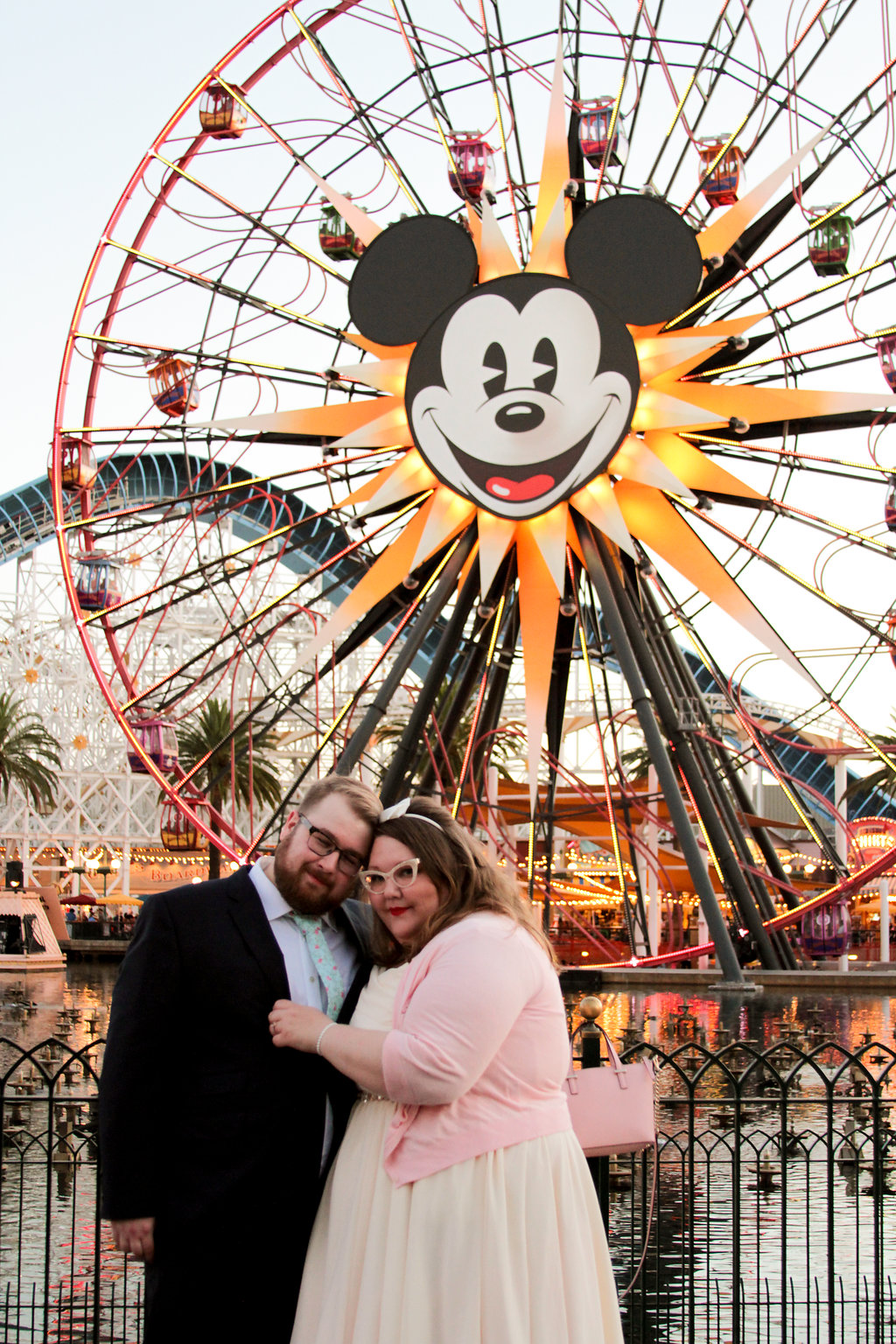 From Steph: Shelby and I had known each other from a small online community but only in passing. I was in his city and mentioned it so we set up a date and I missed the bus and was totally late. And didn’t even have a cell phone at the time so he left. So embarrassing. I called him that night and apologized so much and we made another coffee date to hang out. I got to the cafe half an hour early. When he walked over to me it was like … instant connection and we’ve been together since.

I had actually watched a really beautiful elopement video years prior and I had it in my head since that day that [an elopement] was so beautiful and intimate. When we actually got engaged, however, so many people were excited and asking about it but I completely froze. Then one day after a year or so of our engagement had passed, I suggested eloping to California and it clicked. We both got excited and managed to keep the secret for seven months until we went on holiday. Of course we both love Disneyland so being able to work around that was so important. Other than that, we didn’t want a fuss and just wanted to be together as we always do.

Congrats Steph and Shelby! Thank you for sharing your beautiful day with us! 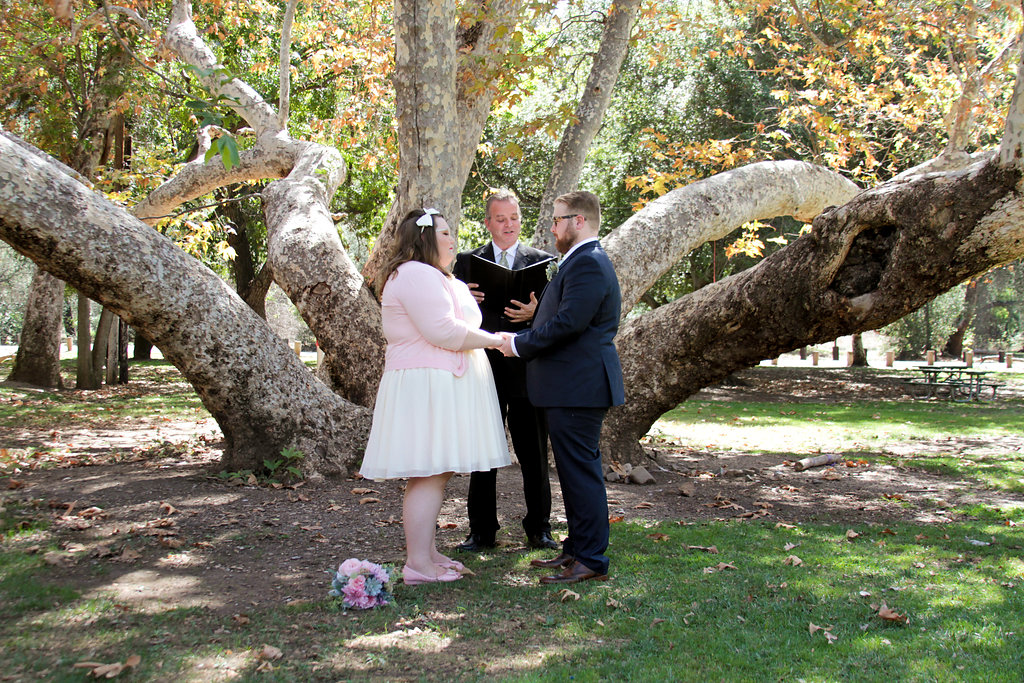 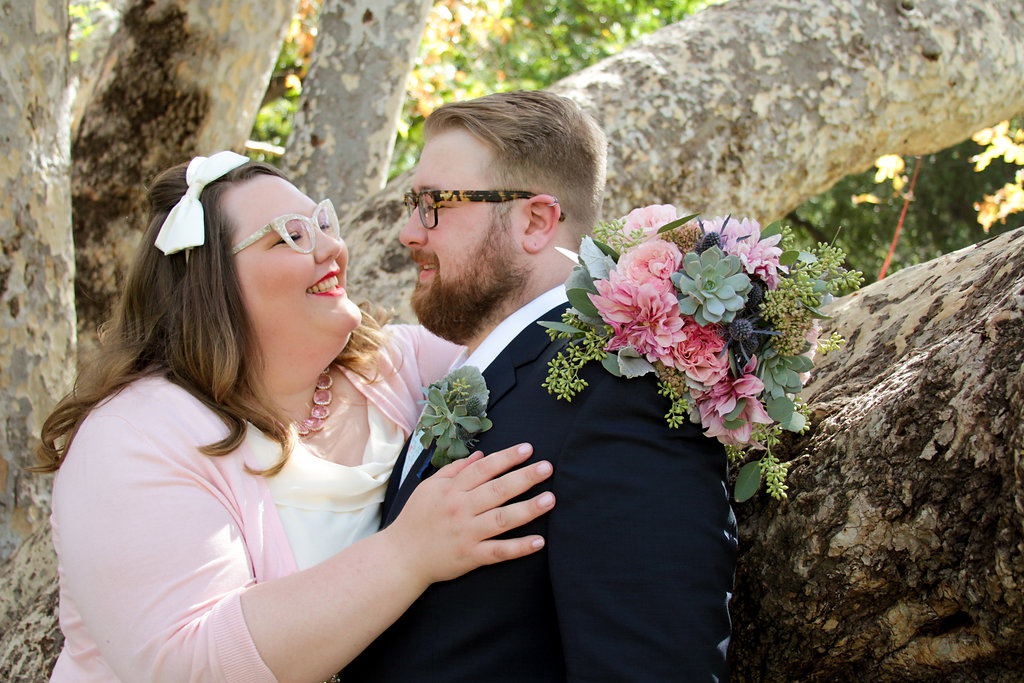 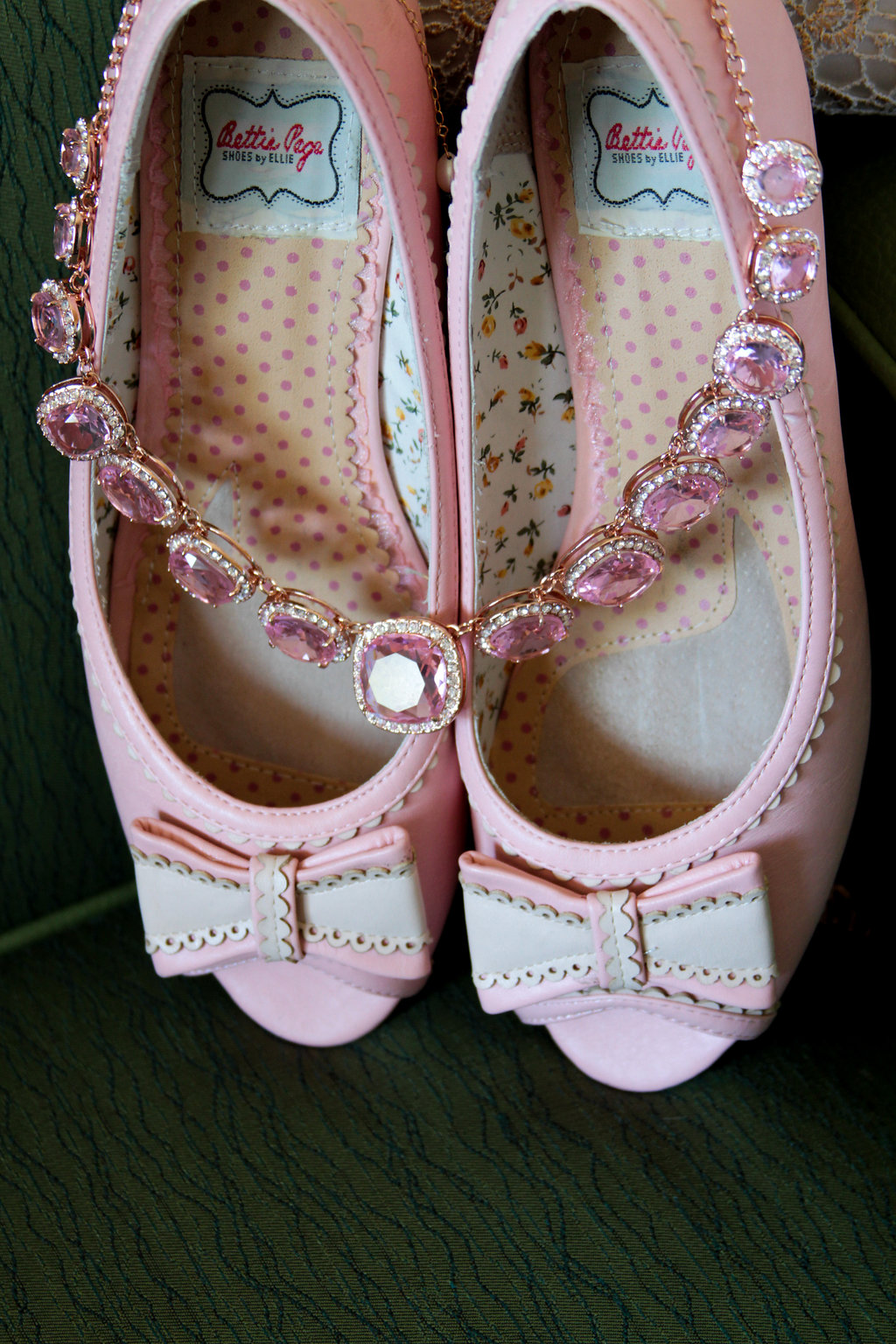 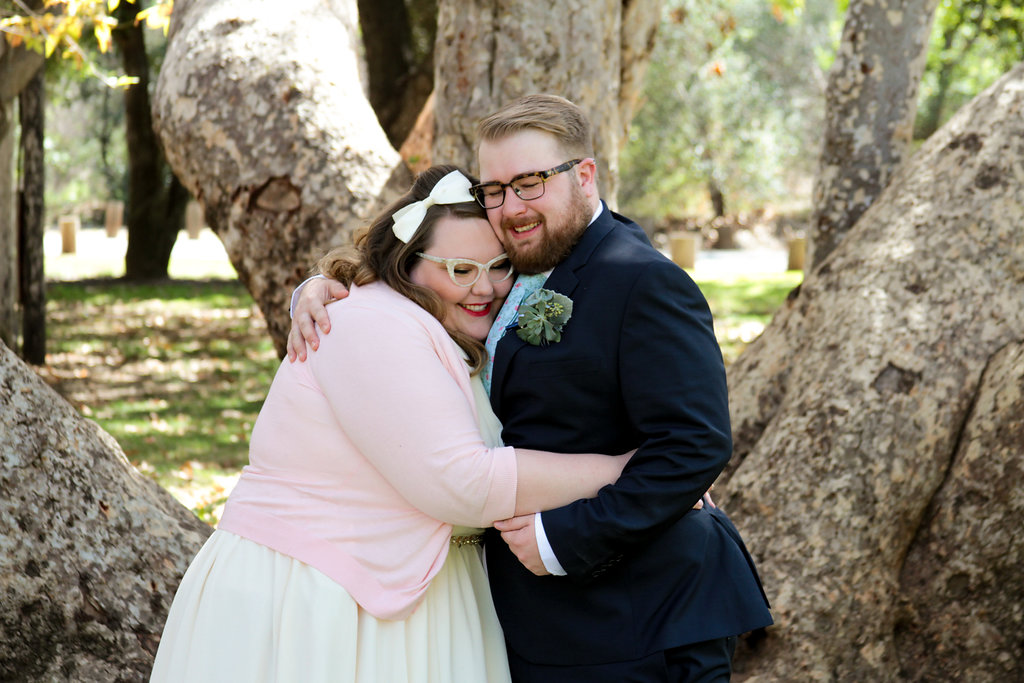 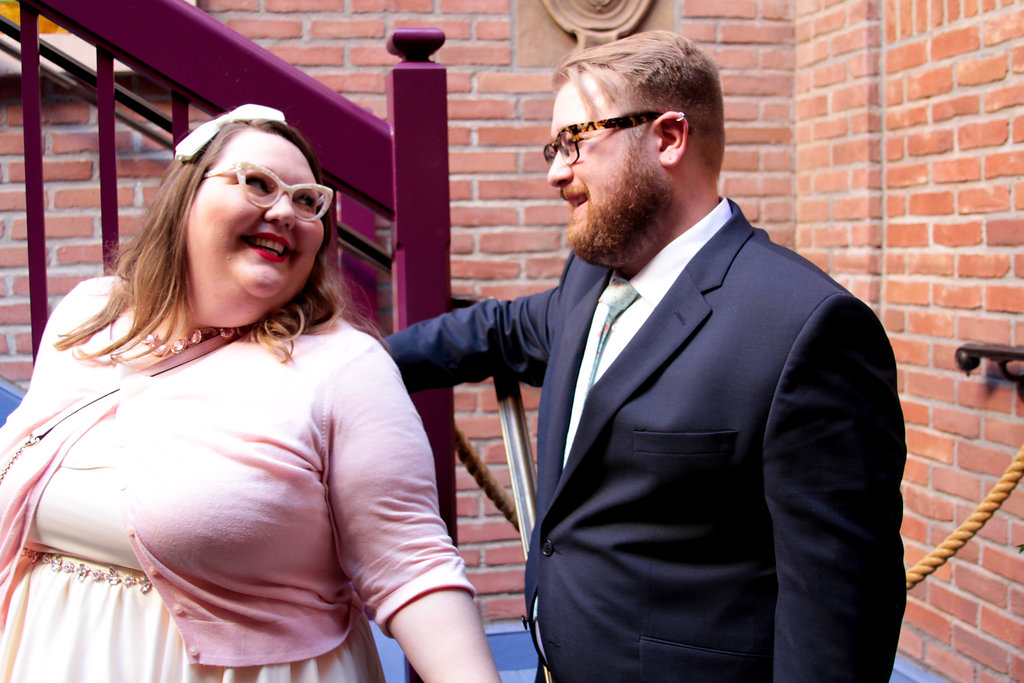 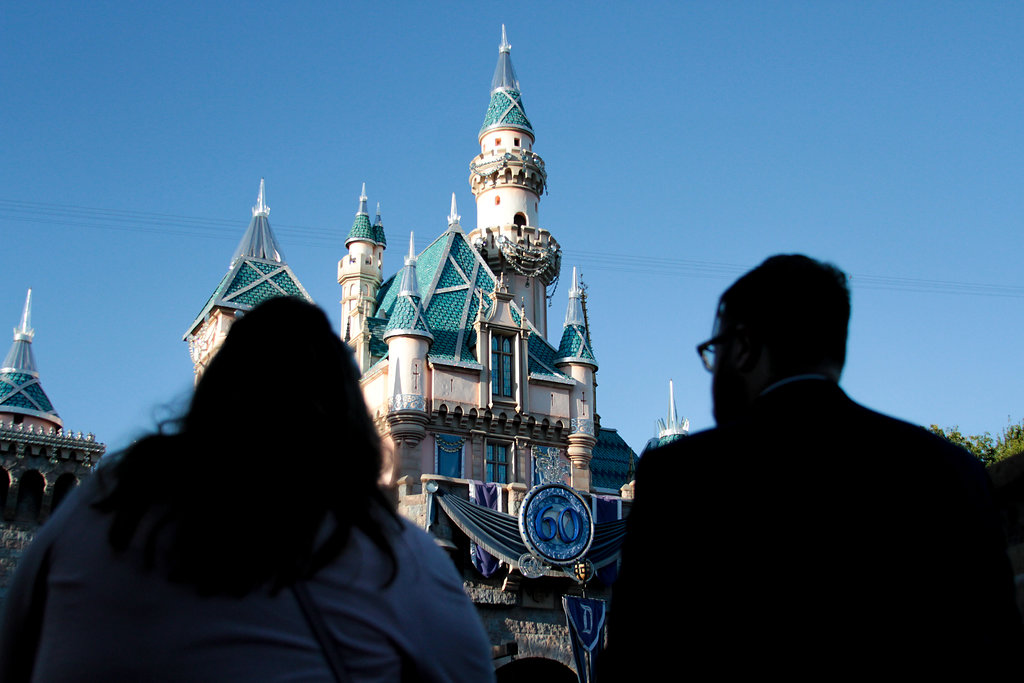 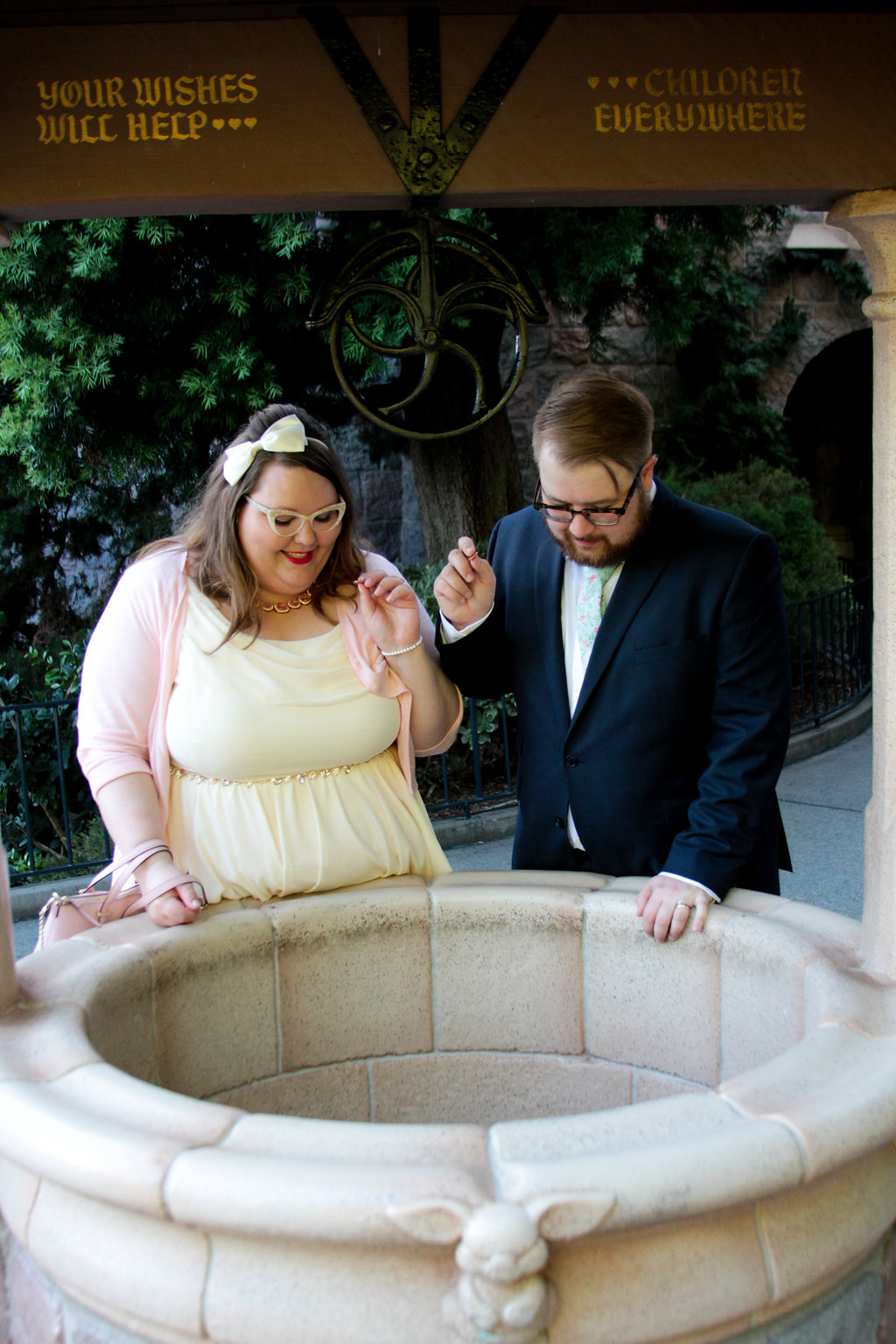 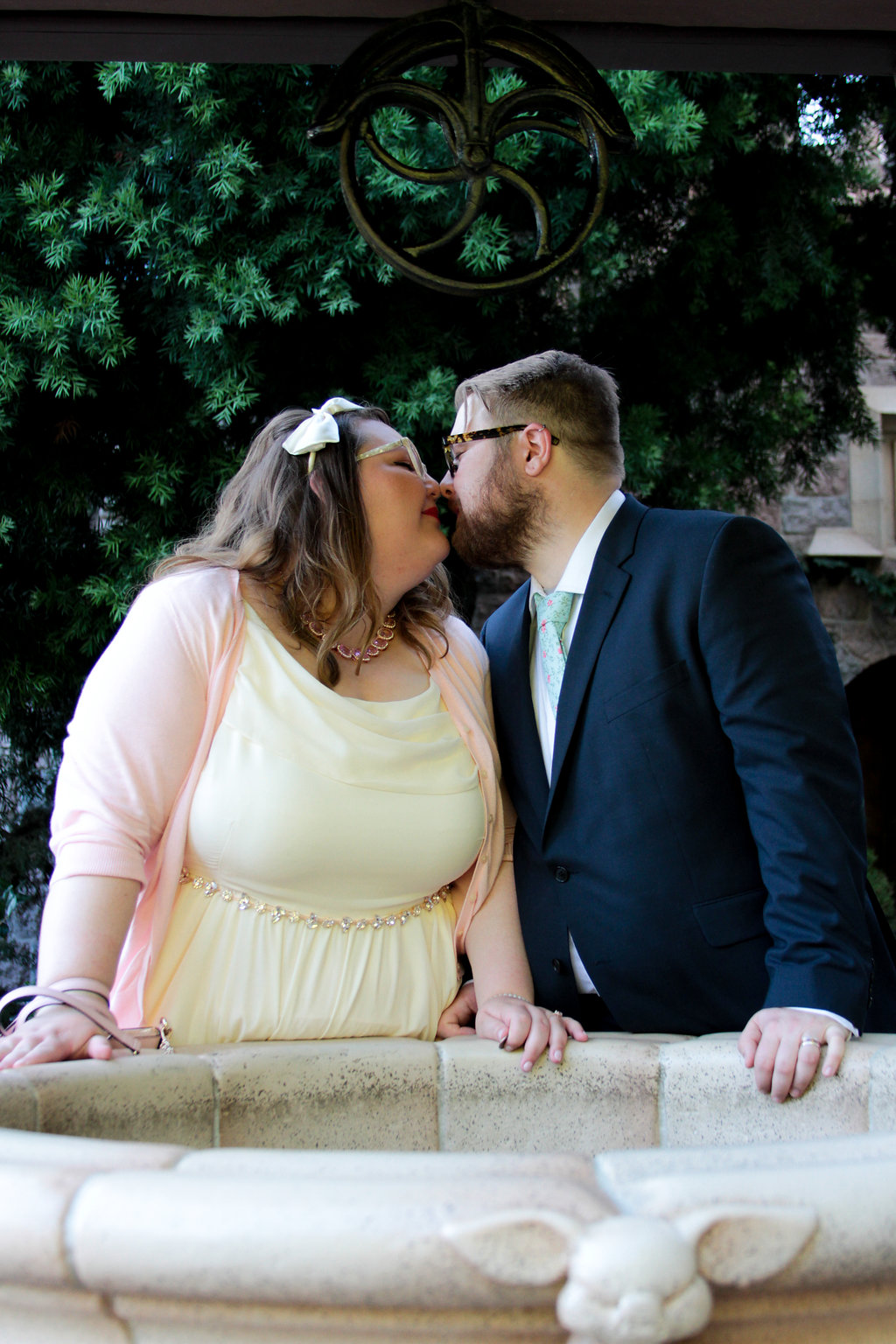 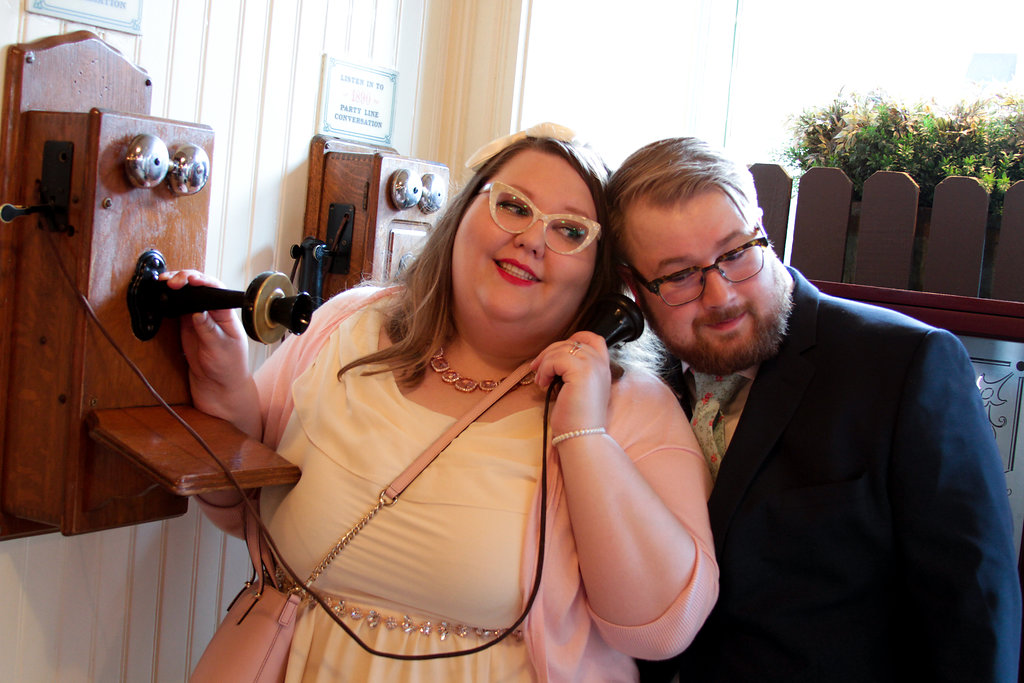 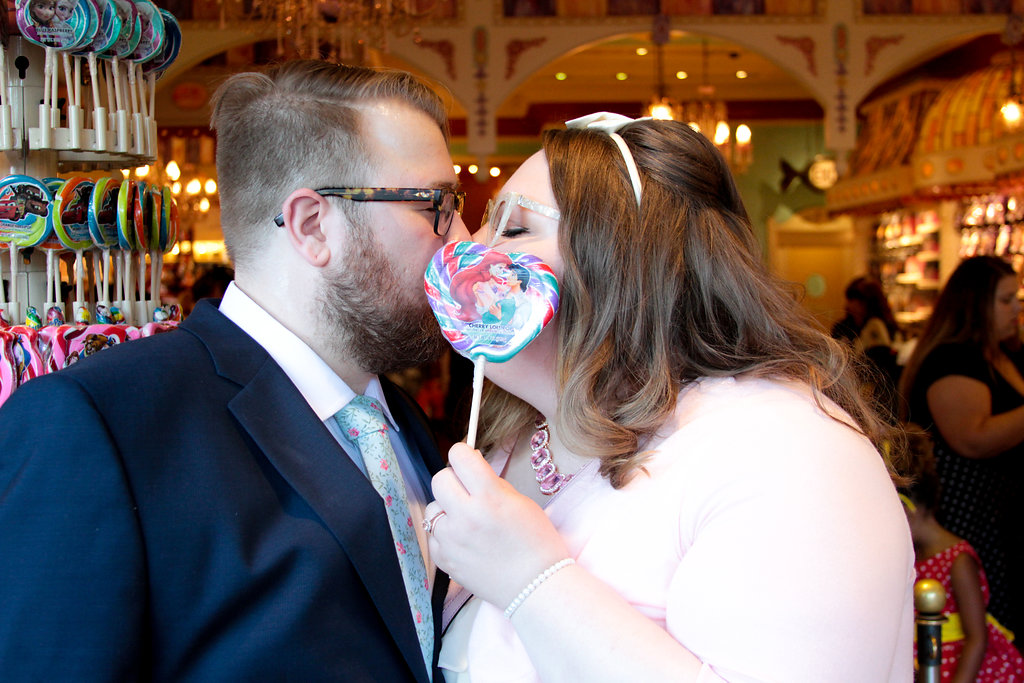 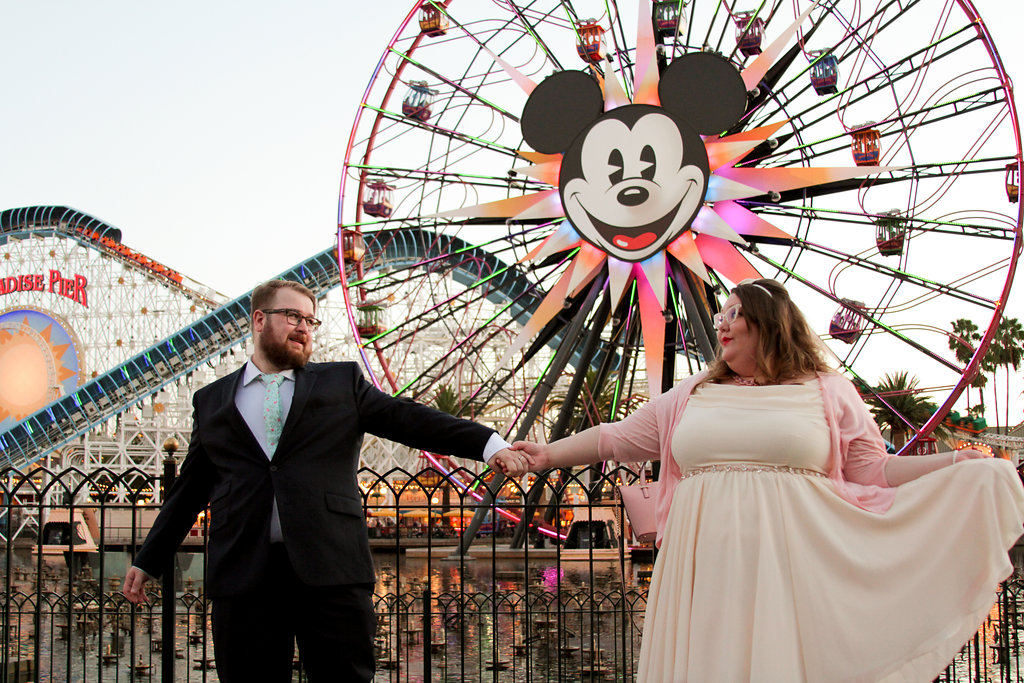 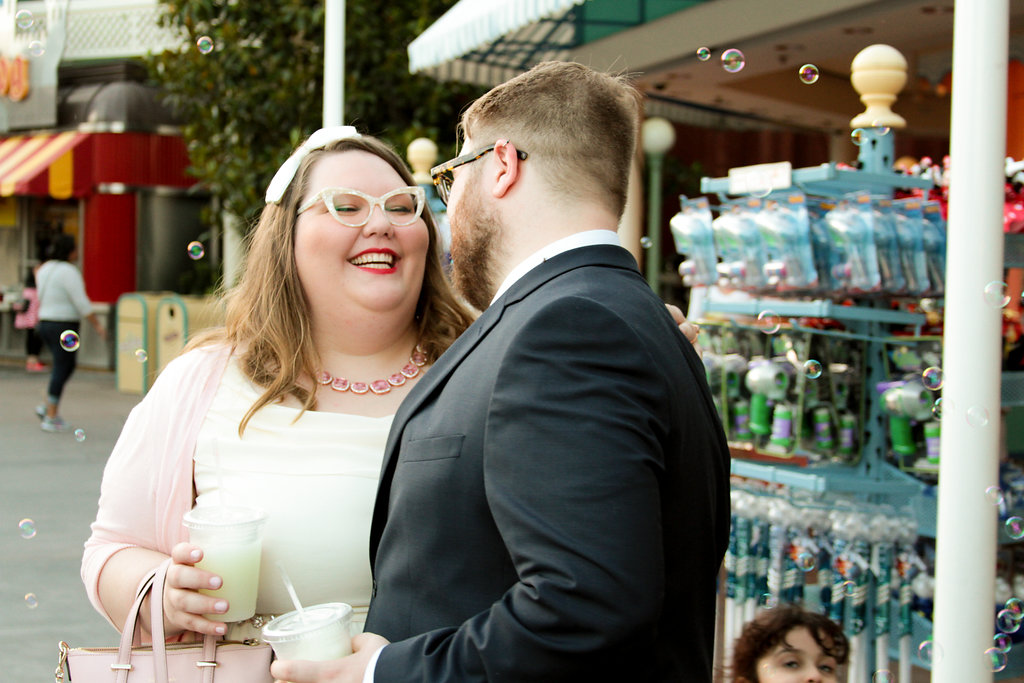 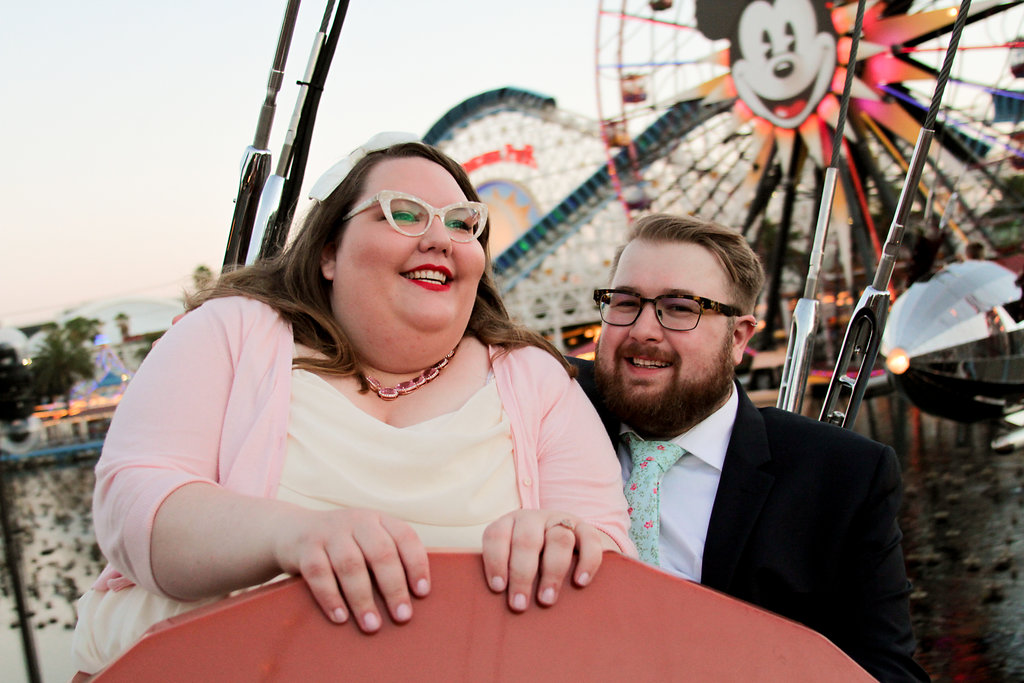 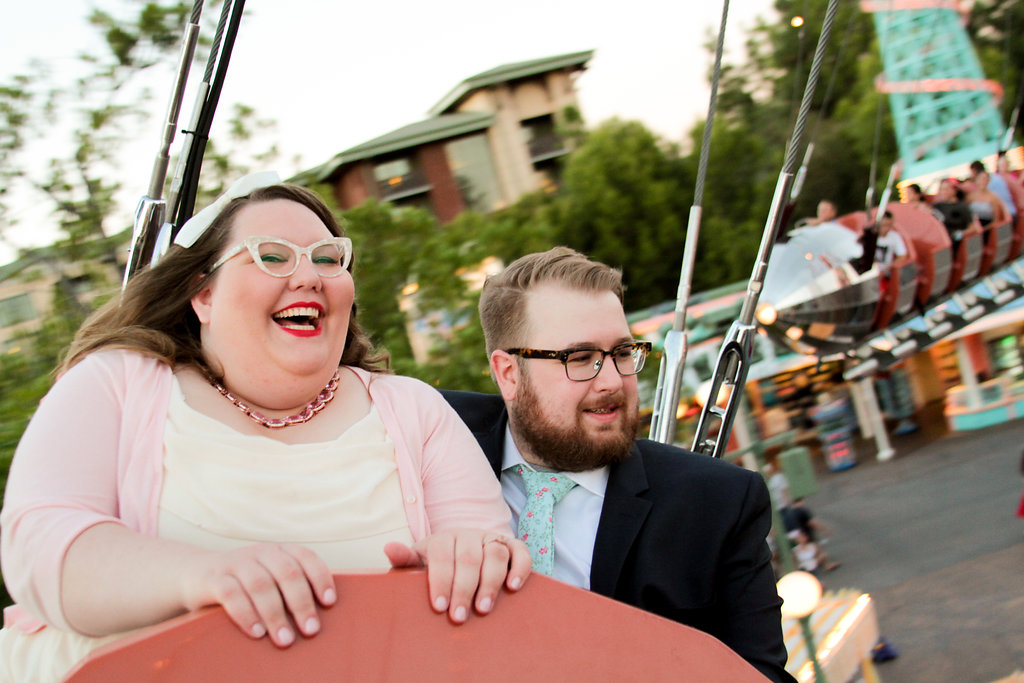 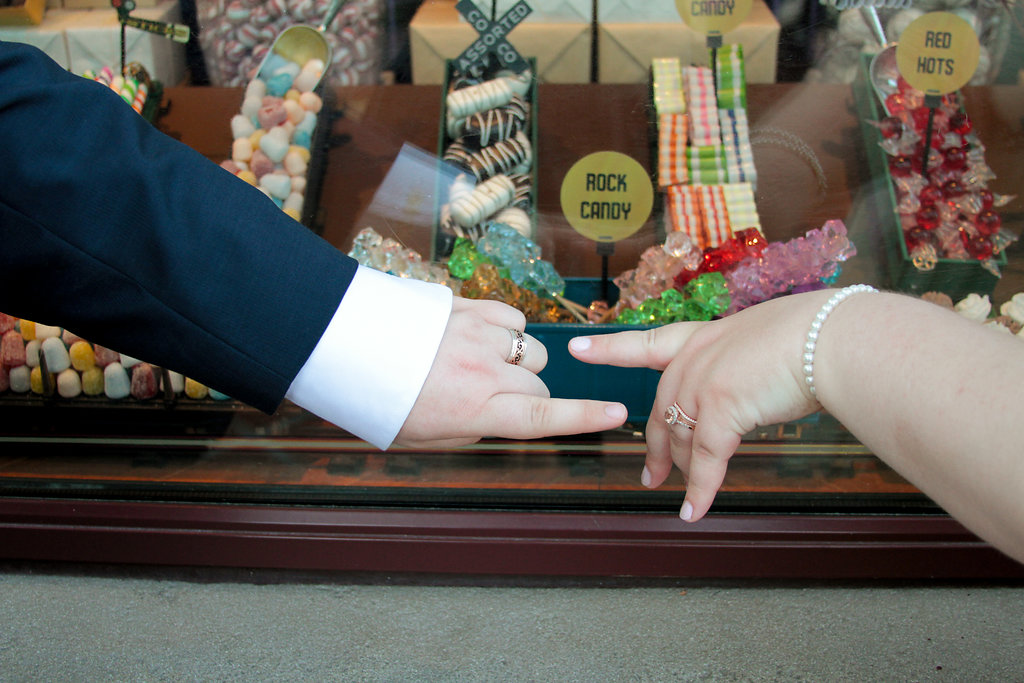 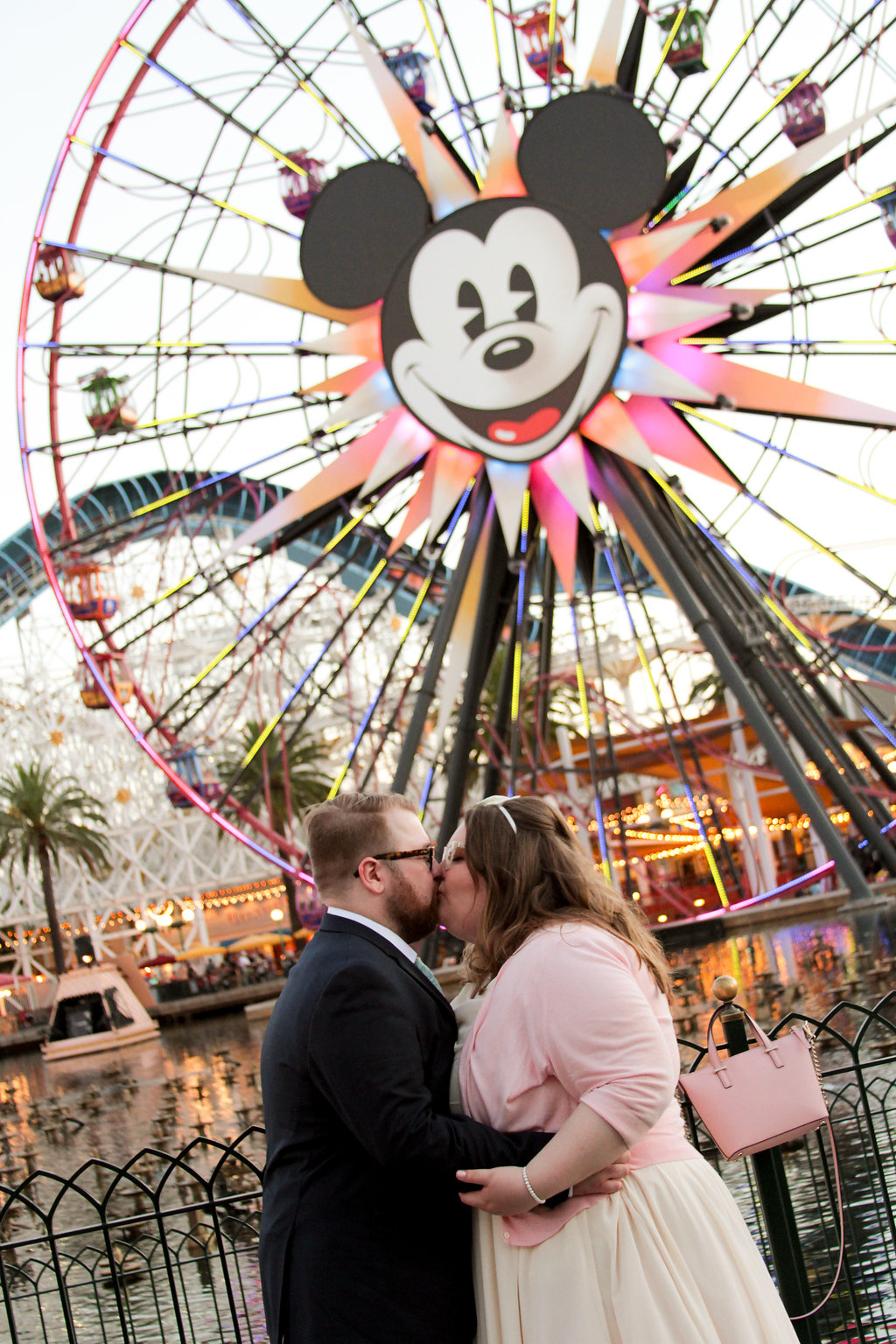 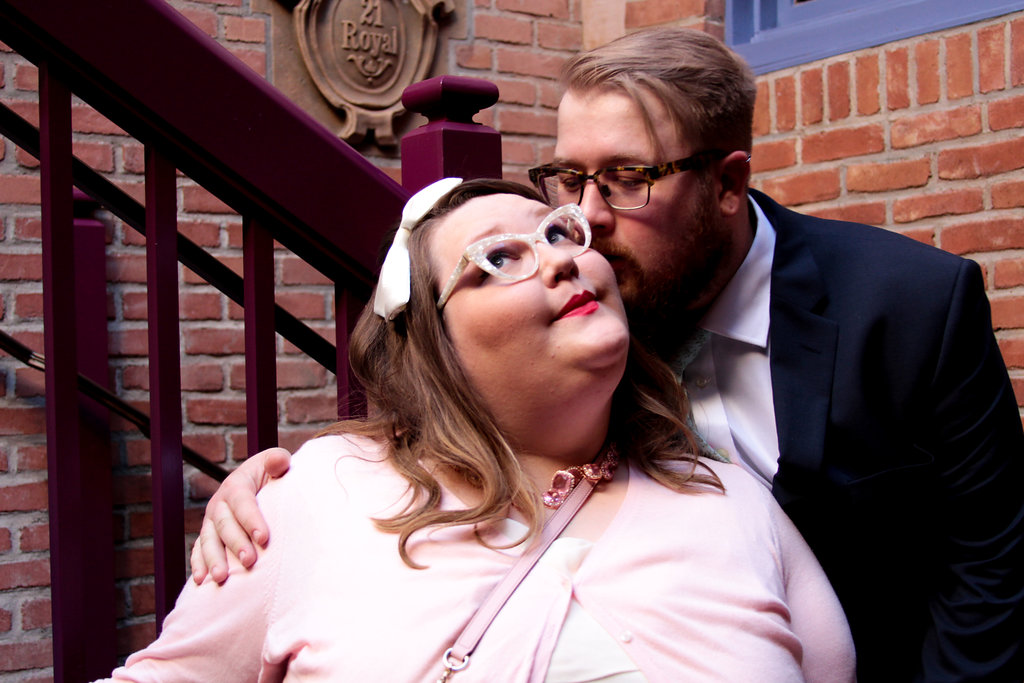 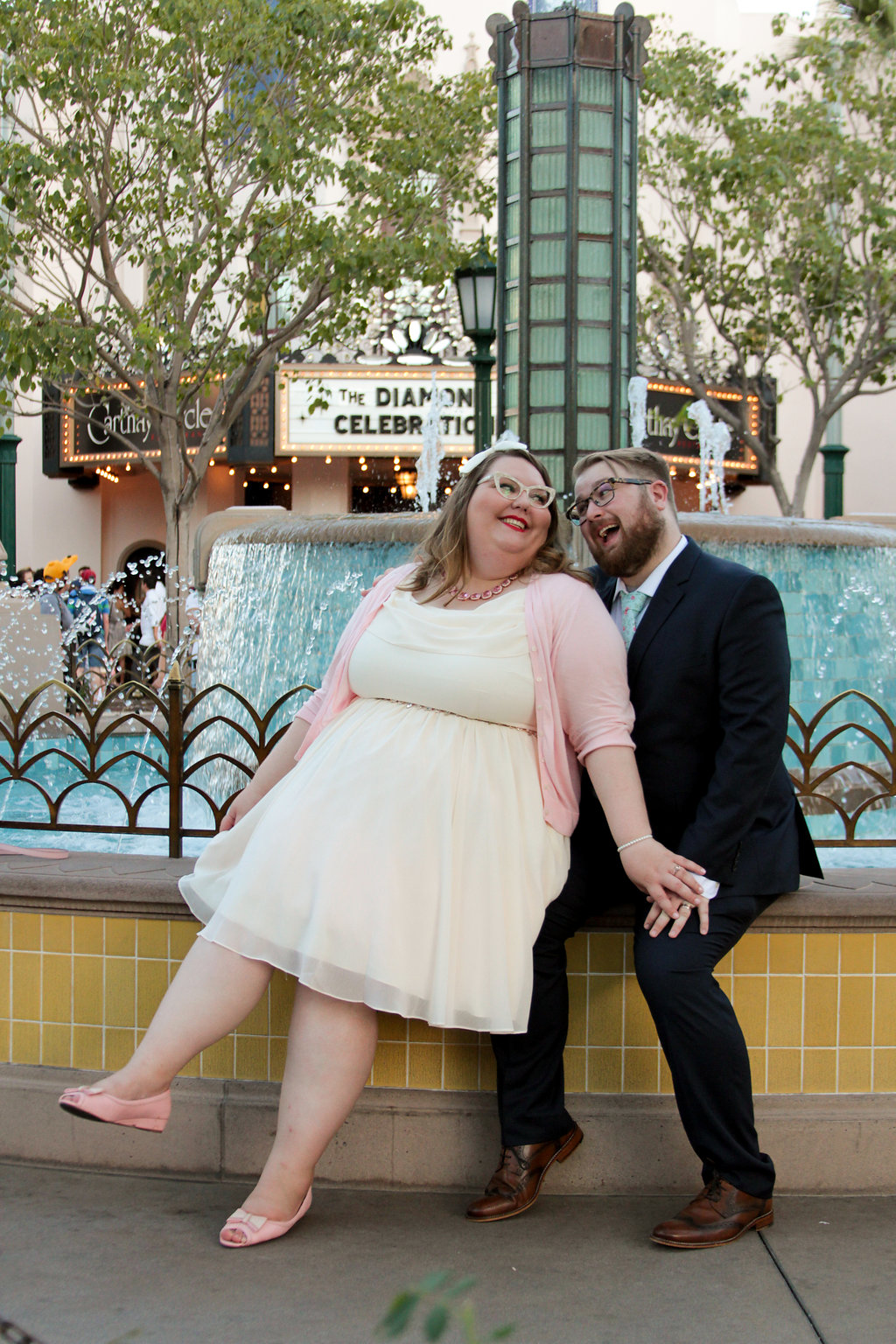