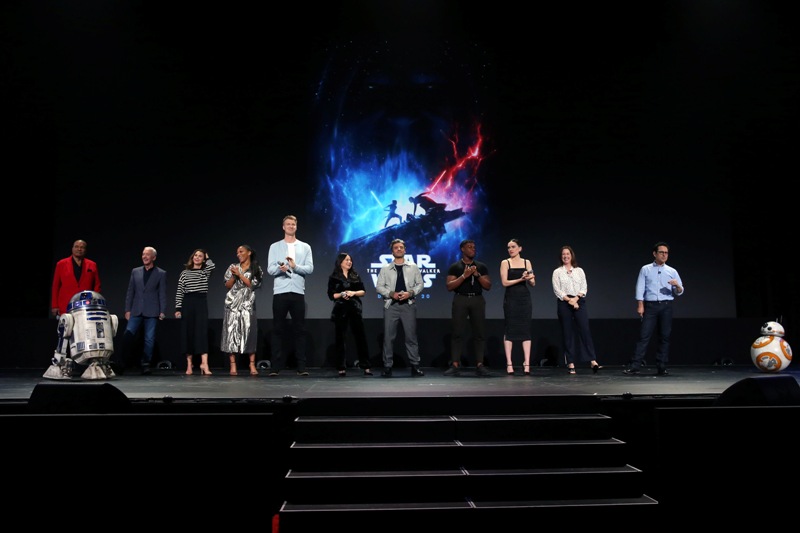 I’m back from D23 Expo 2019! And even though I wish I could sleep for a week, I’m gonna have a ton of blog articles coming atcha with all the best stuff from the convention (or, at least, all the things I found interesting).

First up, I want to share a few of my favorite Disney Studios moments from their big panel on Saturday morning. I was fortunate enough to receive a media pass so I could cover the panel without sleeping in the basement overnight. In the past I’ve avoided these big panels like the plague. Of course they look amazing and I would love to be in the room … but … catch me sleeping on concrete never. So to finally attend one of these big Hall D23 panels … okay, I get it now. The energy in the room was incredible! I had so much fun.

So let’s jump right into my favorite moments!

1. Star Wars: The Rise of Skywalker – Was there any doubt this would be #1???? The panel kicked off with LucasFilm where we got to see 1) a poster for TROS, 2) the entire cast on stage (yes, Poe!!!!!!), and 3) a sizzle reel with new footage from the movie! Yes, I sobbed and screamed through the whole thing. What an incredible way to start the presentation! 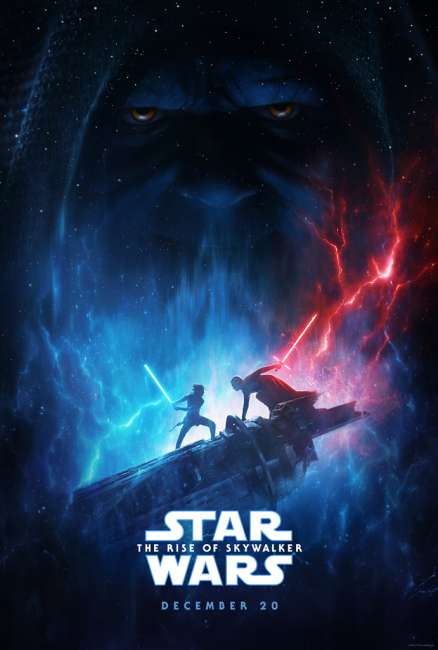 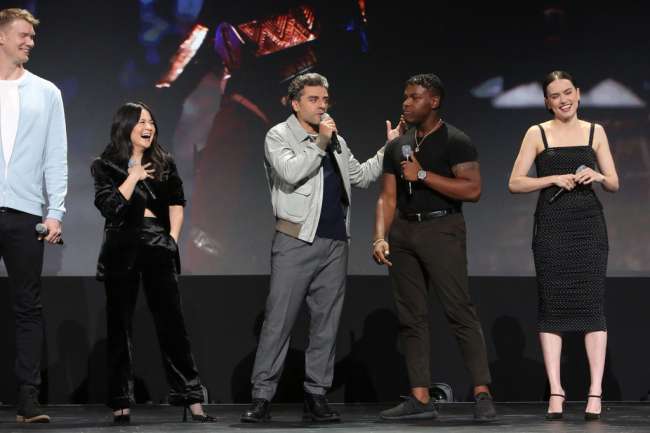 2. Black Widow trailer – Okay, you know I’m not really a Marvel gal (even though I have really enjoyed every movie I’ve seen), but we got to screen some footage from the upcoming Black Widow origin(?) story and it looks REALLY fun. Love my bada** female super heroes. 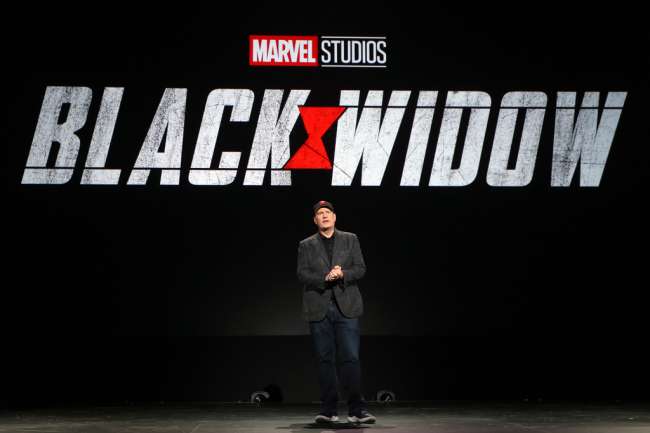 3. Jungle Cruise – The funniest moment of the panel came when Dwayne Johnson and Emily Blunt showed us dueling trailers for their upcoming movie Jungle Cruise, based on the popular Disney Parks attraction. It started with The Rock coming out on a motorized Jungle Cruise boat and showing us the first trailer for the movie, which focused very much on …. him. In fact, during the credits his name was much larger than Emily’s, which I thought was strange. Then, not to be outdone, Emily arrived into the hall and showed us her own trailer, which focused on … her! Then they jabbed at each other a bit. The Rock: “I’m literally a demigod.” Emily: “An animated demigod … I’m literally Mary Poppins.” (Crowd goes wild.) Anyway, while we didn’t get to see any *actual* trailers for Jungle Cruise the footage from the movie looks really great. Very reminiscent of Indiana Jones action-adventure movies. Jungle Cruise comes to theaters Summer 2020. 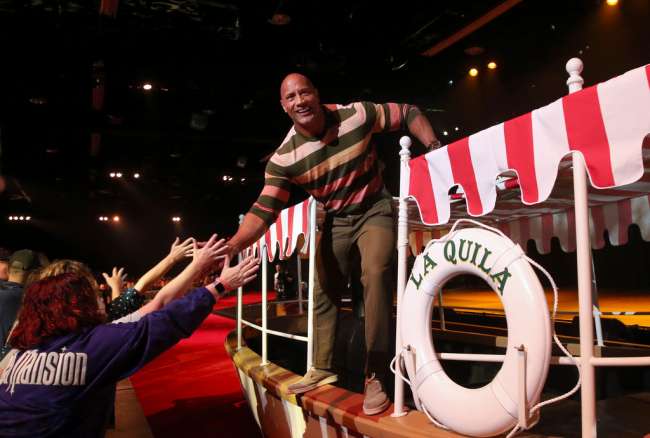 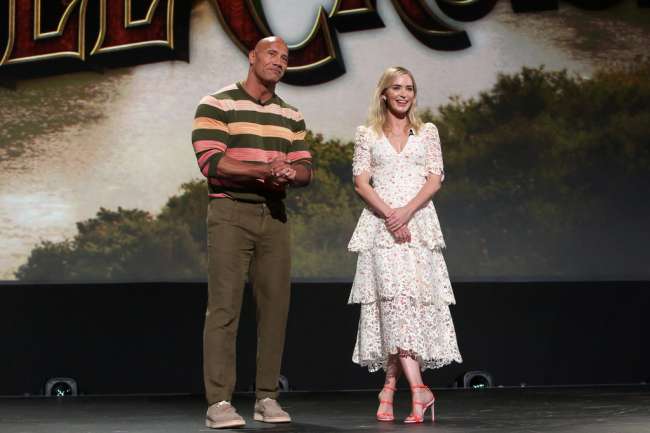 4. Onward & Soul – Okay, I’m cheating because I’m talking about two movies at once, but I’m absolutely stoked about these two Pixar movies coming in 2020! Pixar movies are always so unique and heartfelt and a little bit “out there” and these two seem no different.

Onward is a story about mythical creatures set in a modern world. It’s like, what is Magic the Gathering came to life in 2019? The two main characters are teenage elf brothers, voiced by Tom Holland (who got the loudest cheers of the day as a result of the recent Spider-Man news) and Chris Pratt. And Julia-Louis Dryfus makes her return to the Pixar universe as their mom! We got to see an 8 minute clip of Onward and, wow … just wow. The movie is funny, quirky, and clever. Can’t wait to see the whole thing in March 2020!

They also discussed Soul, coming in July 2020. Yes, we are getting TWO Pixar movies next year! Soul is about Joe (voiced by Jamie Foxx), a middle school band teacher who dreams of becoming a full time jazz musician. But just before he gets his big break, he has a … misstep and his soul gets transported to the You Seminar where souls get their personality. He meets 22 (voiced by TINA FEY!), a soul with a dim outlook on life, and must work with 22 and the other souls to return to his life on earth. The star power in this movie is unreal! Aside from Jamie and Tina, it stars Phylicia Rashad, Questlove, and Daveed Diggs, and music by Jon Batiste, Trent Reznor, and Atticus Ross (yes, Nine Inch Nails is writing music for a Disney movie).

5. Raya and the Last Dragon – Disney announced its newest animated feature they’ve been working on, Raya and the Last Dragon. It takes place in a southeast Asian fantasy world called Kumandra. We watched a few minutes of the beginning of the film and the animation is truly breathtaking. There was a scene with Raya carrying a torch and the fire looked SO REAL. Unbelievable. We also found out the talent involved in the movie: Cassie Steele as Raya and Awkwafina as Sisu. The movie is also being written by Adele Lim who wrote Crazy Rich Asians. Lots of girl power in this film!! I can’t wait for November 2020! 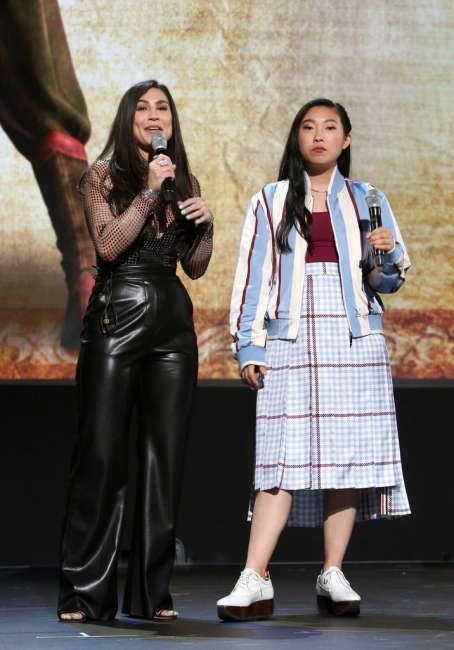 Want more D23 Expo coverage? Here are some articles from my blogger pals!

What Disney movies are you most excited to see next year?