We haven’t done one of these in a while!  I’m happy to bring you another real Disneyland proposal story.  This one took place at Club 33, the super-duper top secret exclusive club in New Orleans Square!


Here’s the story from bride-to-be Alissa:

Jason and I have been together for almost 2 1/2 years! When he proposed we had just celebrated our 2 year anniversary.

Our love story:
(It sounds cliche but it’s true!)  We actually met in high school our senior year in English class.  It was the first day of school and I had never seen him before.  My teacher has people team up and do a getting-to-know you type of thing.  Since he was the only football player and I was the only cheerleader my teacher teamed us together (we were really just sitting in the right seats to have us teamed together but all of our friends say that’s why we were put together)!  I was so excited because I thought he was very handsome!  We gradually became friends and learned that we lived around the corner in the same neighborhood from each other!  By the end of senior year we were great friends.  I had still liked him and thought he liked me too!

That summer we drifted apart and about three years ago we found each other again on Facebook!  We became friends on Facebook and he asked me out on a date.  We hung out a few times and then he decided he wanted to make it official!  We dated for two years before he asked me to marry him! Of course I said “yes!”

Disney plays a huge part in our lives.  I have worked for Mickey for six years now and have been going to Disneyland since I was a baby.  Jason was not as into it as I have been all my life but he has recently gotten into the “Disney” lifestyle!

We have friends who know members of Club 33, so all they had up do was make a call to them and we were in!  Club 33 is beautiful!  It doesn’t even feel like you are at Disneyland!

The wedding plans are not happening right now because we just want to enjoy our engagement! We will start planning in September or October.

Congrats Alissa and Jason!  Be sure to keep in touch with us regarding your wedding plans! 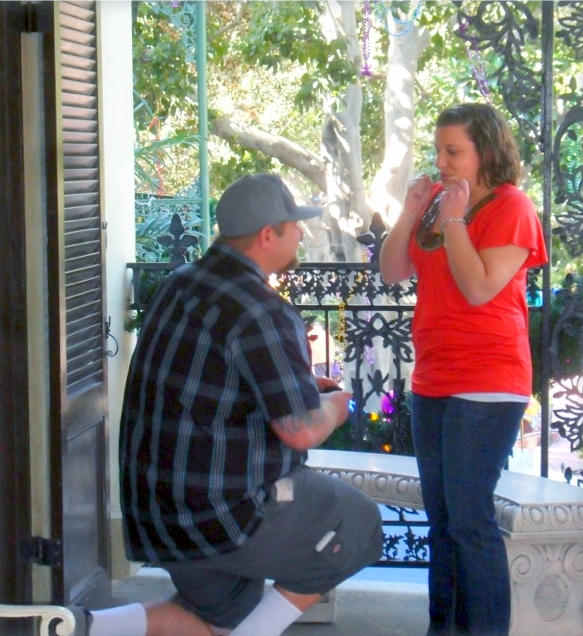 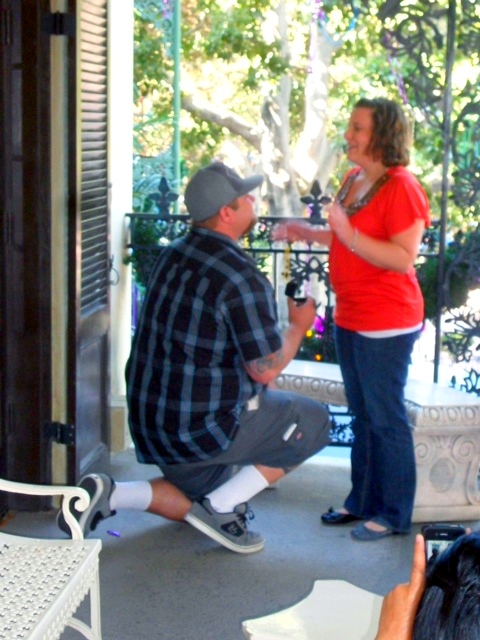 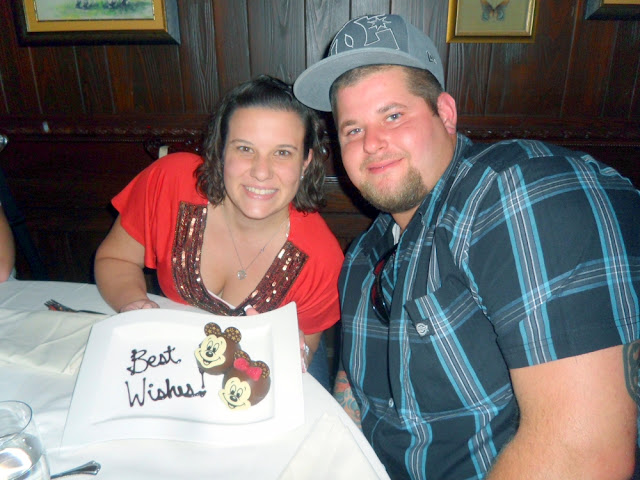