I’m so happy to have yet another new feature here on Budget Fairy Tale!  A bridal portrait session from Corinna, and it’s just in time for Halloween!

Corinna hails from England but came across the pond with her hubby for a 10 year vow renewal at the Crystal Cathedral in Garden Grove, CA, not too far from Disneyland.  Corinna was entertaining the idea of a Trash the Dress shoot, and ended up doing it at Mickey’s Halloween Party at Disneyland Park!  I’ll let her explain how this came about in her guest post.  Please welcome, Corinna!

I wish I could say that I have a life-long relationship with Disney, but this is not the case. I grew up watching Disney movies and reading Disney comics, but that was the extend of it. I was introduced to the parks by my now husband. He took me to Disneyland Paris for my birthday during the first year of our relationship. We then spent some of our honeymoon at Walt Disney World in Florida. After this, my love and passion for everything Disney was confirmed. We first visited Disneyland in 2002 and I was just wowed by the history of it. We went back twice after this, but then life took a different route. We experienced the Disney Cruise Line for the first time in 2008 and had also become DVC members so doing Walt Disney World combined with a cruise just seemed a better fit for us. I always dreamed of going back to Disneyland. When DVC villas were added to the Grand Californian Hotel and then it was announced that the Disney Wonder would be based in Los Angeles, it was clear to both of us that we would return to Disneyland once more.

The original plan had been to renew our wedding vows on the Disney Wonder, but for a variety of reasons this did not work out. So we renewed our vows at Crystal Cathedral, but I was planning to have as much of a tie in with Disneyland as possible. We had our celebration dinner at the Disneyland Hotel, Disney did the cake and even at Crystal Cathedral we found a little bit of Disney: when we visited to check out possible photo opportunities, I spotted a Walt Disney quote in the visitor center: “If you can dream it, you can do it.”
The ghost bride photo shoot was really an afterthought. I had read a lot about Trash the Dress photo shoots and decided that I liked the sound of this. So with about 3 months to go before the big day, I decided to contact our photographer about this. I had visions of the usual pool shots and even thought playing in a fountain would be fun, but it took a completely different turn. Jennifer thought it would be fun to do the Trash the Dress photos at Mickey’s Halloween Party at Disneyland Park. She struck a cord with me with that suggestion. When I first planned to attend Mickey’s Halloween Party, I had thought about wearing my vow renewal dress and going as a ghost bride but quickly discarded that idea. I mentioned this to Jennifer and soon a plan was born. I loved the idea of doing a Halloween themed photo shoot and the fact that it would take place inside Disneyland made it all the better. You cannot get more of a Disney tie in than that. It was great fun, but I was totally unprepared for the reaction that I would get. Total strangers asked me to have my photo taken with them and I felt like some kind of celebrity for the afternoon.

What an awesome idea and your photos turned out great, Corinna!  Thanks for sharing them and congrats on 10 years of marriage! (Wow!) 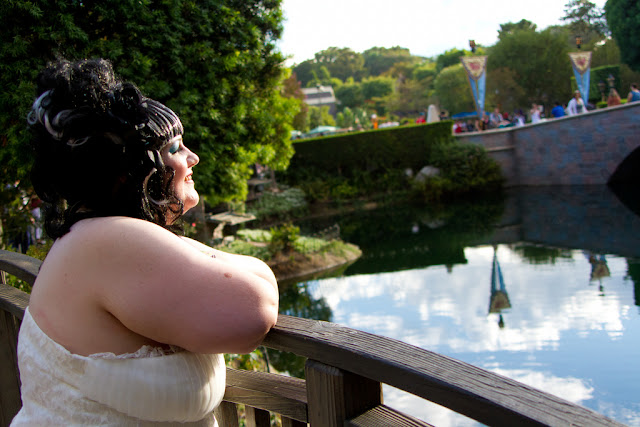 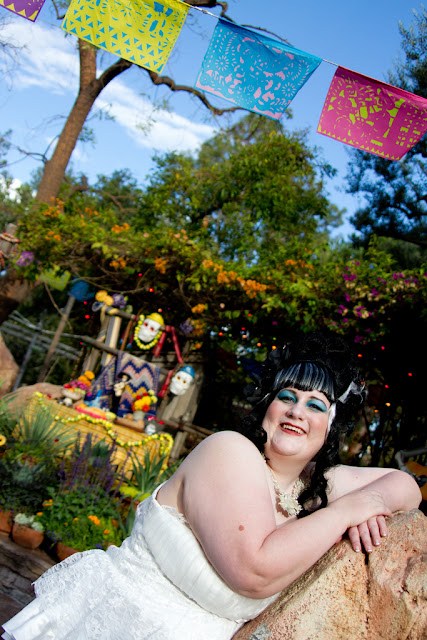 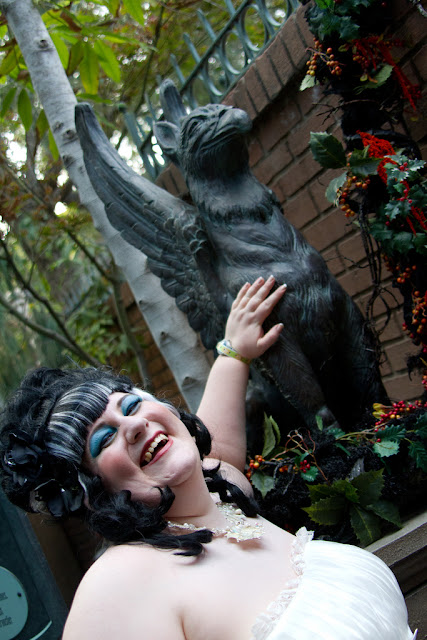 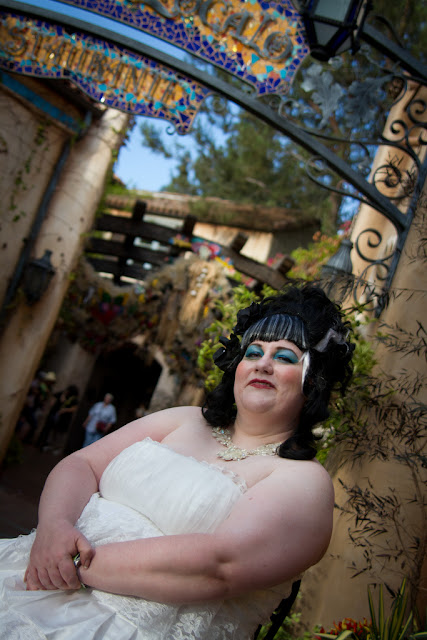 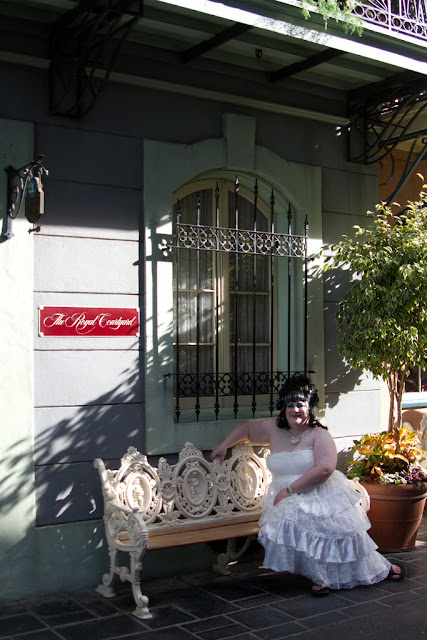 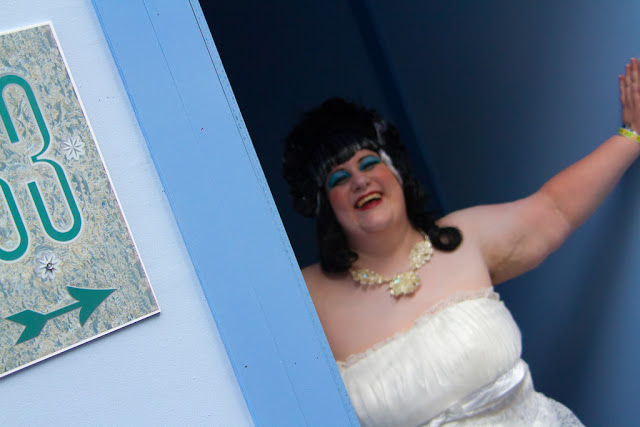 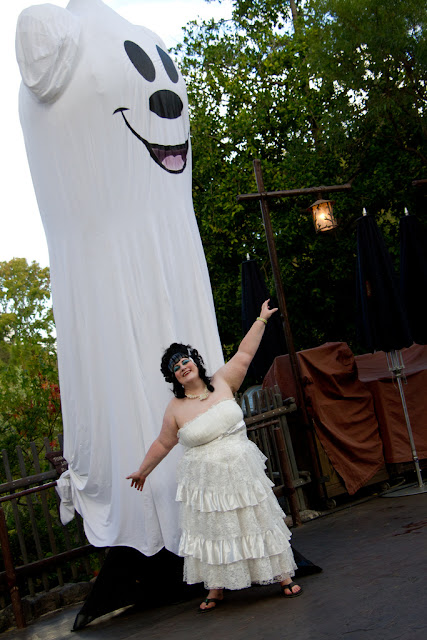 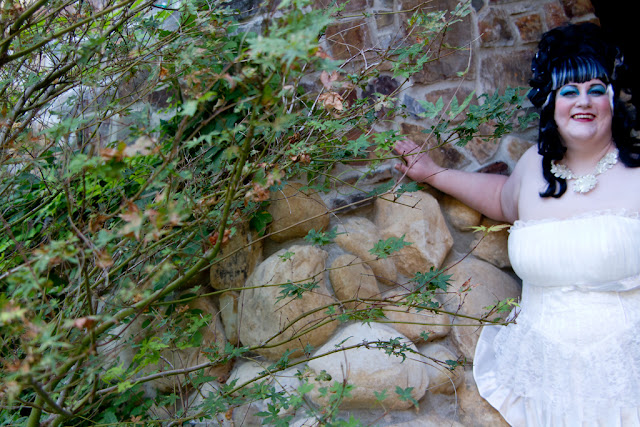 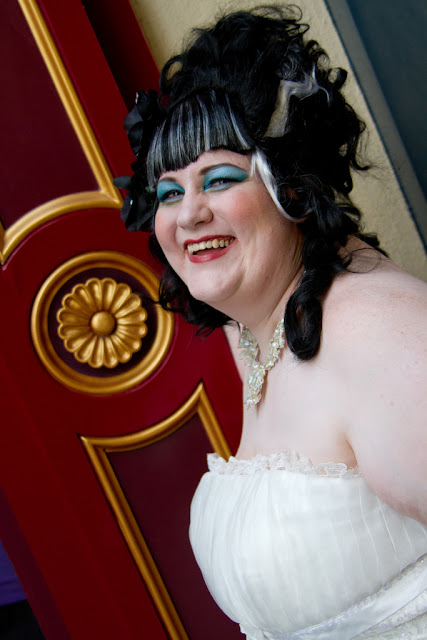 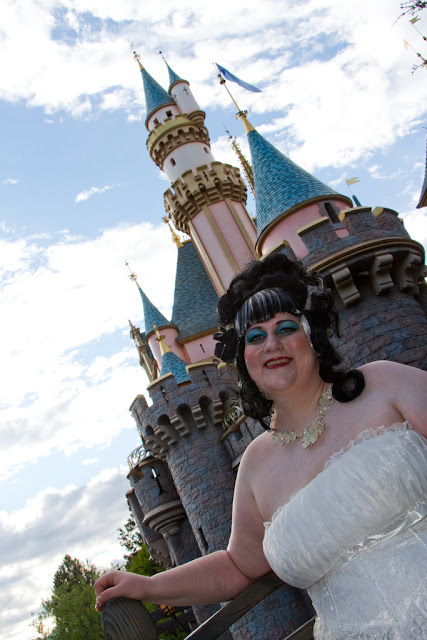