Hello everyone!  So, in a perfect world, this would be the space where I start writing up my Honeymoon trip report.  BUT, this week has been so beyond cray that I haven’t even had time to go through my photos.  And what’s a trip report without photos?  Snoozeville. 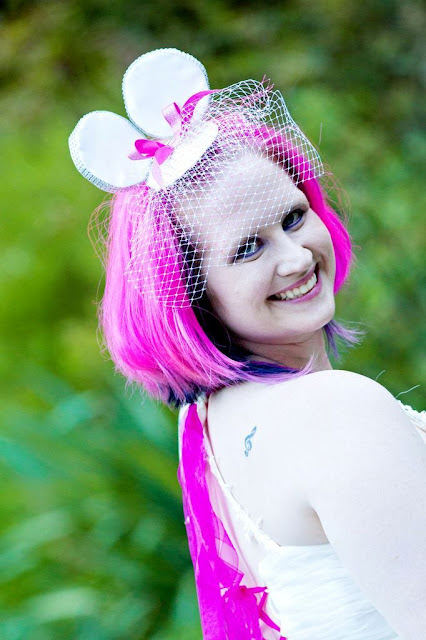 So I’m very excited today to bring you a photo session I’ve had sitting and staring at me for a while.  We featured Katelyn and Geoff’s Disney’s Grand Californian Hotel wedding a while back, and today Katelyn is back to talk about her one year wedding anniversary Rock The Dress photo session with White Rabbit Photo Boutique!  Katelyn altered her wedding dress herself, and it looks incredible.  She also made a bouquet of paper flowers, and a Minnie Mouse ears fascinator to match her dress.  Here’s Katelyn to tell you a little more about this great photo sesh! 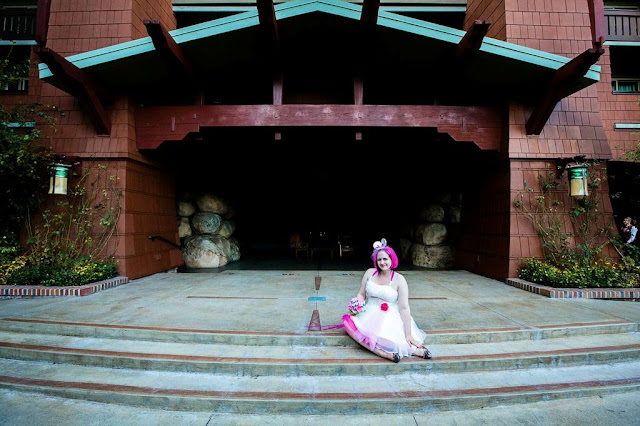 After our 2011 Disneyland wedding I decided I wanted to makeover my wedding dress into something a little more funky to match my post wedding hair cut and dye job.  When I had finished shortening it, adding pink accents, and changing the style of the back, I decided to try to schedule an anniversary/trash the dress photo session for the September road trip my husband, our best man, and I had planned. 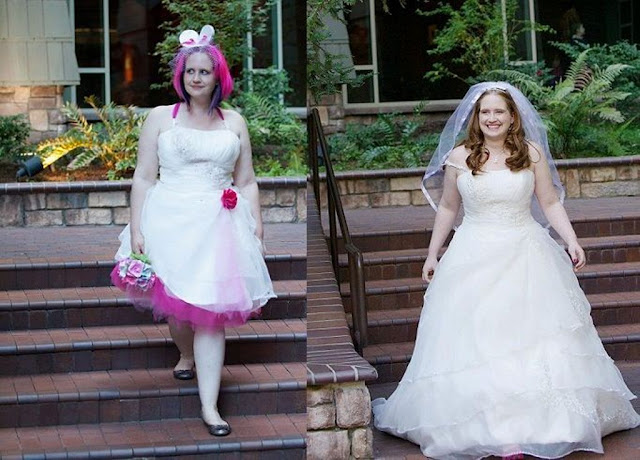 I was able to get in touch with Jenna from White Rabbit Photo Boutique and schedule a shoot for right around the middle of our 11 day road trip from the Seattle area to Disneyland and back.  The day before we headed to Anaheim we were hiking in Sequoia National Park, so I think Jenna must be a magician or something because she made me look amazing despite having been on the road and trekking around outdoors for almost a week!

I was excited to take some new pictures at some of the locations we used for our wedding and had a great time recreating our first look.  I’m so glad I took a chance giving my dress a makeover and that I decided to “Rock the Dress” a year after my dream wedding. 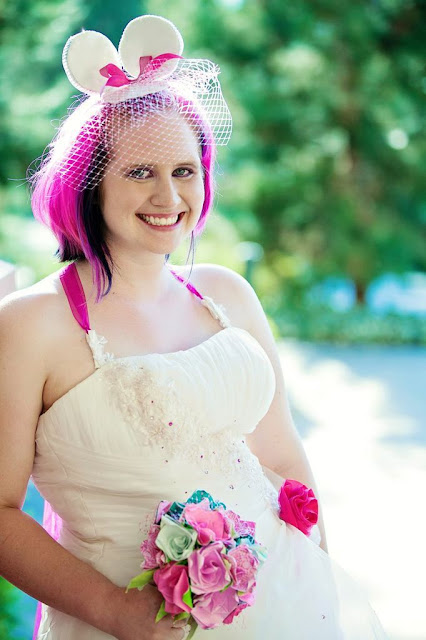 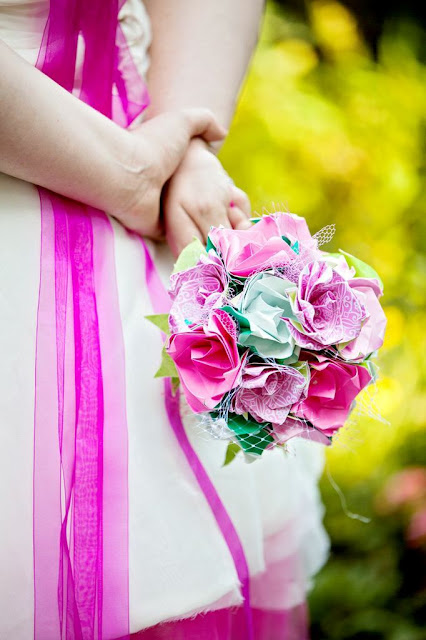 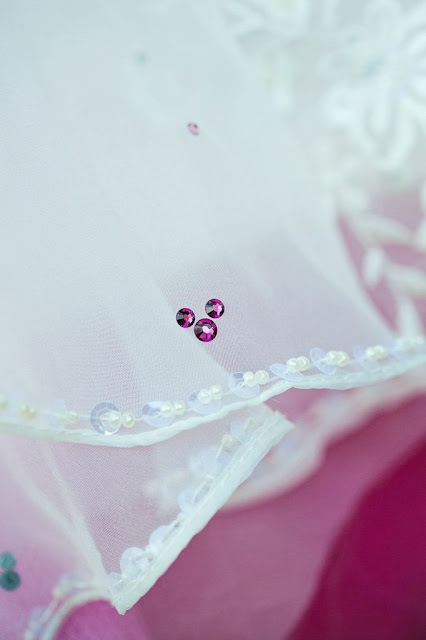 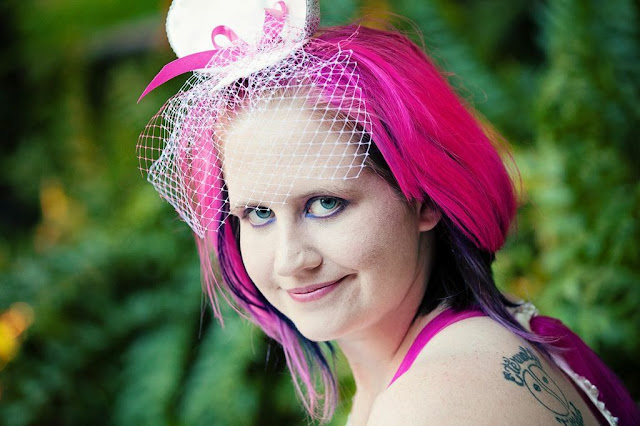 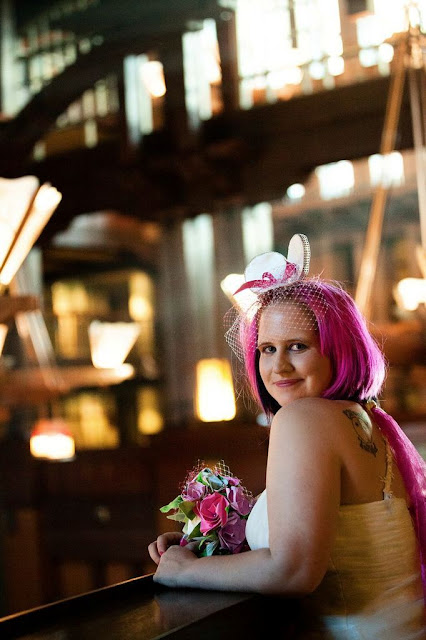 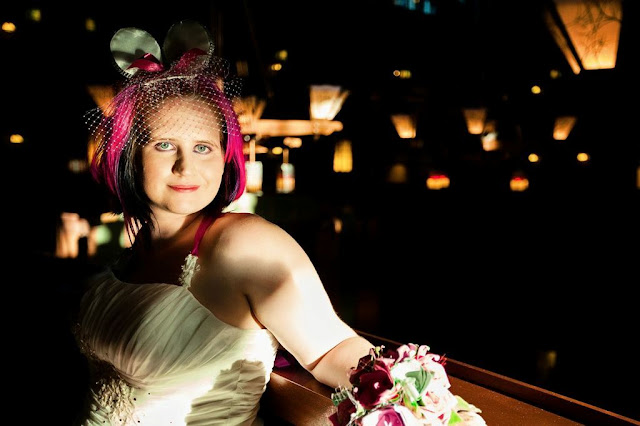 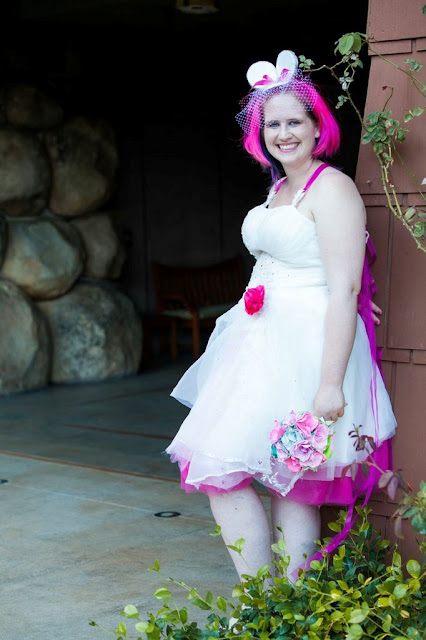 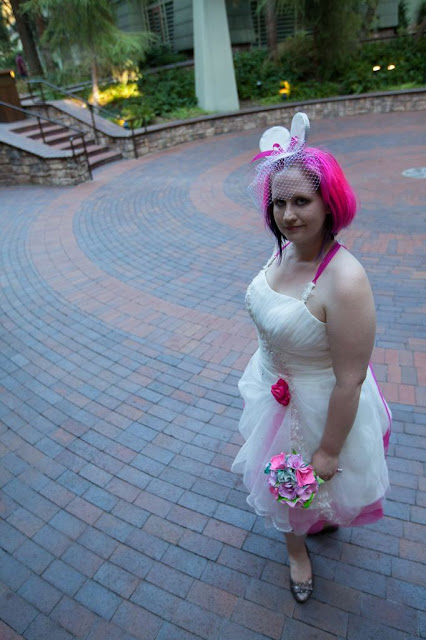 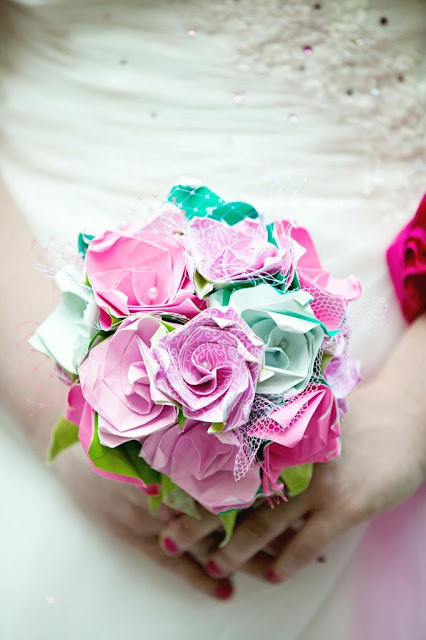 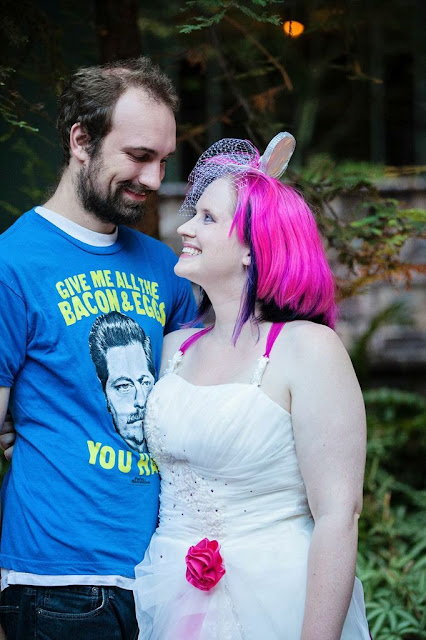