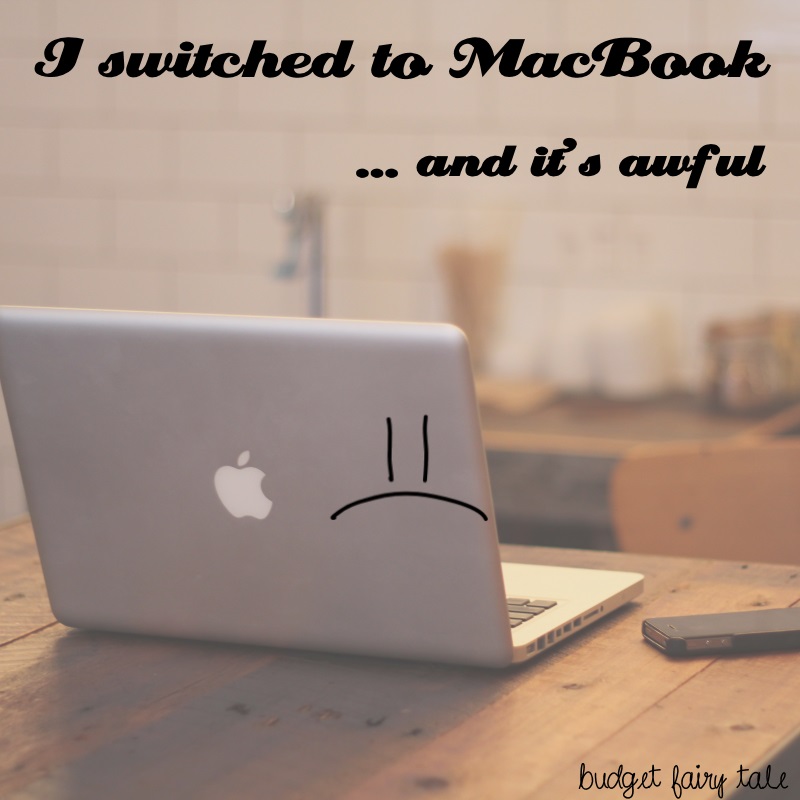 I’ve always been a PC. 30-ish years of using computers, starting with the IBM DOS PCs in the computer room at my elementary school. 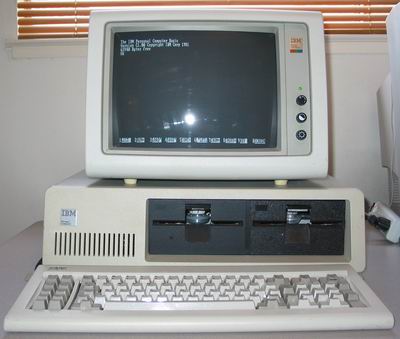 I made my first website in 1995 (well sorta, on Geocities), I typed my high school term paper, I learned how to use email, I visited my first chat room, I joined my first social media network, I played role playing games, I became a certified Microsoft Office Specialist, I built my blogs … and so much more … all on PCs.

My first foray into the world of Apple products was with my iPod. Then I got an iPhone, then an iPad. I gotta say, I love all those things. I know it’s totally trite but I can’t imagine life without my iPhone. I am one of those people who have it practically sewed to their hand. But, one thing that was extremely frustrating is that my iPhone did not play well with my PC. Specifically iTunes. iTunes on my PC was sluggish and temperamental, seemingly ignoring all my settings and just doing whatever the heck it wanted. Syncing one song took hours. And I’m not the only one. Several PC-using friends reported a similar experience.

Speaking of my PC, I’ve been using a cute little Sony VAIO laptop since 2008. The outer casing is baby pink and most of the keys are worn off, making it useless to someone who can’t type by touch. It was top of the line at the time, but six years later it’s pretty much a dinosaur. The battery doesn’t hold a charge, my hard drive is packed full, and everything is sloooooow. Every time I click there is at least a 5 second lag. It takes about 10 minutes to boot up in the morning, irregardless of whether I put it in sleep mode or completely shut it down. My beautiful little pink VAIO … it served me well, but it’s time to put it out of its misery.

I knew I needed to get a replacement laptop quickly before my VAIO completely fizzled out, and I was considering switching to a MacBook. My husband loves his, my mom loves hers, my blogger friends all love theirs. Seriously, as much as I loved my little pink VAIO it was getting embarrassing to be the only PC at blogging conferences. Practically everyone I know, network with, or follow on the internet uses a MacBook. Plus, I hear iTunes runs really well on Macs. I wanted to be a cool kid too! How hard could it be?

Around the time of my birthday in September, my husband told me he had set aside some money to help me get a new laptop. I researched MacBooks and we went to the Apple store to play with them and look at sizes. I picked out a MacBook Pro 13″ with all the bells and whistles. After placing the order I immediately started to have buyers remorse. My husband told me it might not be too late to get a refund but I thought I was just being my usual paranoid, anxiety-prone self. Everyone is using MacBooks and if I’m going to work in a creative industry, apparently I should use one, too. Again, how hard could it be?

When my MacBook arrived, my husband helped me set it up and play with the preferences. I played with it for about 20 minutes. Then I broke down in tears and went back to my PC.

I have a MacBook now. And I hate it.

Sure my MacBook has some good qualities. It’s so light and thin, I’m scared I might bend it if I pick it up the wrong way. It’s zippy – the result of a lightning fast processor and nearly empty drive. Lightroom and iTunes run well. I can respond to my iPhone text messages from my MacBook. That’s pretty cool, I guess.

Am I being unreasonable? Perhaps. Am I acting like I’m a gajillion billion year old grandma who refuses to learn something new? Sure. But honestly? My MacBook makes me feel like a complete idiot. Everything is backwards. If I accidentally touch the trackpad in the wrong place, my entire screen disappears. The “delete” key doesn’t do the same thing as the “backspace” key. When I try to CTRL+C, I get a jarring error noise. I can’t batch edit my photos. I spent an entire afternoon and evening trying to find a program that would do the simple editing I needed. All the things that have been second nature for decades now take deep concentration. But that’s okay, right? It’s a new system. Everyone told me I just need to use it for a while and get used to it. Then I’ll love it and wonder how I ever used anything else.

So here I am, two months later. And I can officially say, I switched to a MacBook and it’s awful. After a full day of using it I feel defeated, depressed, and mentally drained. Not to mention I’m about as half as productive as I used to be, because I’m so turned around and confused. I tried to explain it to a friend: “I feel like I suddenly have three arms and in theory my life should be easier but it’s so much harder because I now I have to think about what that extra arm is doing.” And I know I sound like a brat because there are literally millions of people who would love to take my MacBook off my hands for me. I’m very aware of this and, trust me, that adds to the depression/shame/guilt spiral.

I have reached the point where I don’t even want to learn how to use my MacBook. I don’t want to spend any time taking classes, or read more online tutorials, or exude any effort because my goal is to switch back to PC as soon as financially possible. I’m angry at myself for not listening to my instincts and I’m angry at myself for spending so much money on something I ultimately don’t want. And as frustrated as I am with myself, I take comfort in the friends who have quietly told me they tried Macs, too, and also hated it. In hindsight, I regret not heeding your warnings.

So that’s the story of my dumb MacBook. If I seem cranky for the next 4-6 years, now you know why.

Are you a Mac or PC? If you’re a Mac, what do you love about it?