Mariah can have her Fantasyland wedding.

When Holly Madison announced she was marring her fiance Pasquale Rotella at Disneyland, we all assumed she would have the perfect princess wedding in front of Sleeping Beauty’s castle, as celebrities are known to do. 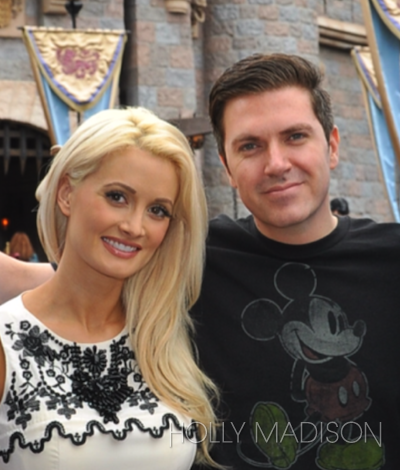 {Image Source: Celebuzz}
So imagine my surprise and delight when details about her September 10, 2013 wedding started leaking out.  Insiders report Holly and Pasquale had their ceremony inside Blue Bayou Restaurant (!) a couple hours after the park closed to the general public, while some sources say they were married outside Pirates of the Caribbean.  Guests were taken from the front entrance of Disneyland to New Orleans Square via the Disneyland Railroad, and Holly and Pasquale made their grand entrance riding in Cinderella’s Coach.  After the ceremony, guests were treated to a private ride on Pirates and a showing of Fantasmic.  Rumor has it the reception was held alongside the Rivers of America or perhaps on Tom Sawyer’s Island, with personal photos of the couple being projected onto the “mist screens” used during Fantasmic.  Special guests were reported to be on hand for the cake cutting: Mickey, Minnie, Donald, and Daisy.  According to Pasquale’s Twitter, Kaskade jumped in to DJ at one point.  Holly spent the day getting ready in the Dream Suite above the Pirates attraction.  Doesn’t it sound nice to be rich? 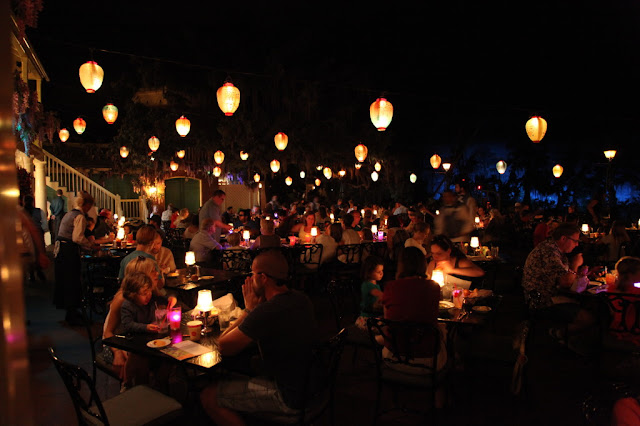 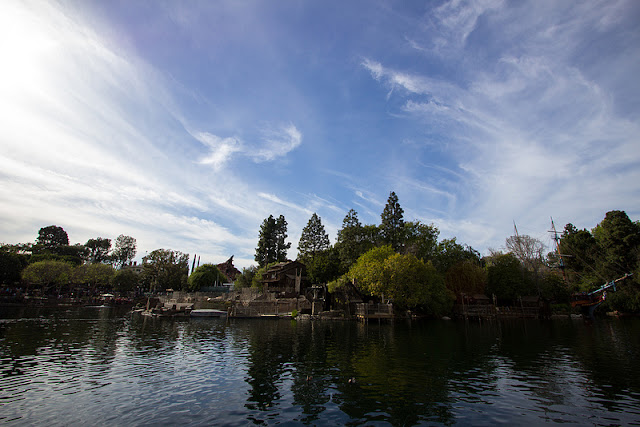 Of course, all of these details are from witness sources and have yet to be verified by Disney’s or Holly’s reps.  There aren’t too many photos out there either, and the ones that are posted briefly are swiftly removed.  Someone has paid big bucks for the exclusive rights to those photos (spoiler alert: It ain’t me, you guys).  At this point it’s all speculation, but it sounds amazing!

I did catch a glimpse of Holly’s gown on Instagram before the image was taken down.  The gown appeared to be a strapless ballgown, with a Grace Kelly inspired high lace neck and long sleeves and a row of white buttons down the front, and a large royal blue sash that tied into a bow in the back.  Similar in style to the gown pictured below.

{Image from Wedding Dress Online Shop UK}
Of course we will update this post when official pictures are released.

E Online now has these images of Holly and her bridesmaids standing on the balcony of the Dream Suite, with Chip n’ Dale gal pal Clarice.  Super cute! 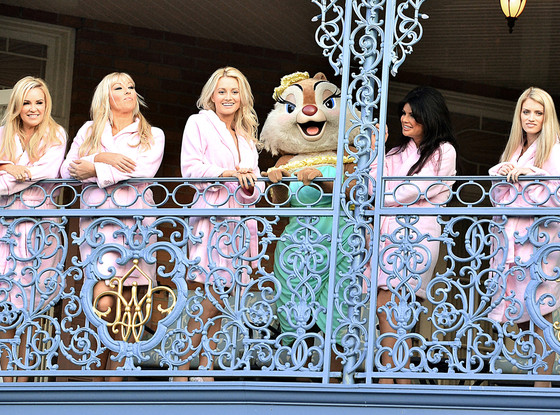 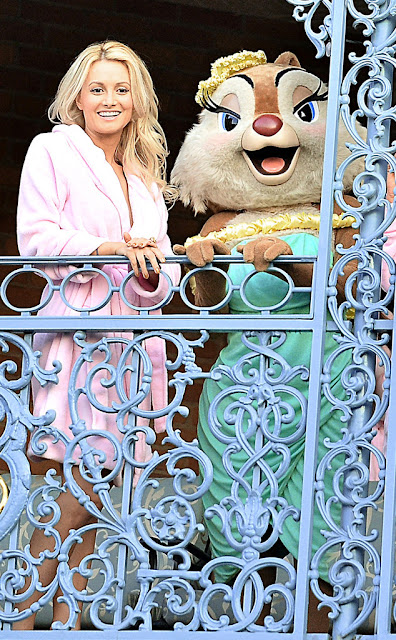 Looks like US Weekly has the exclusive photo rights.  They shared these two images as a teaser to their print issue. 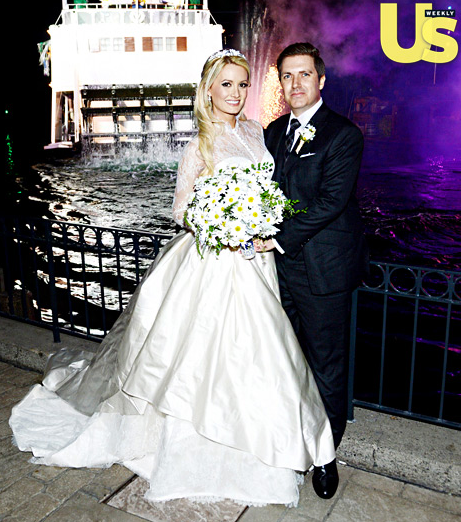 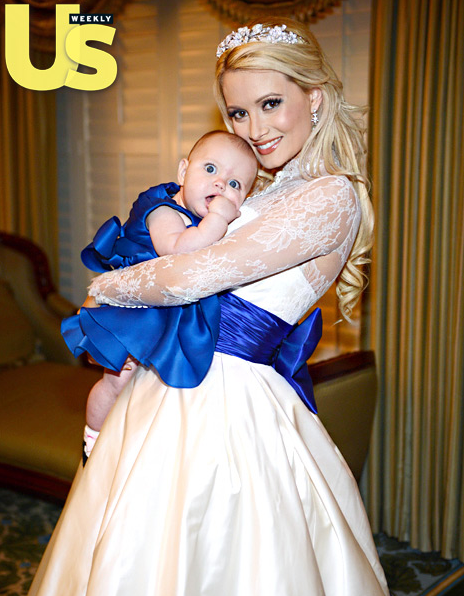 They are also reporting the dress was custom designed by Greg Barnes, and the tiara is valued at $500,000 – on loan or a rental, I would presume.

Holly also confirmed some wedding details to E! Online.  The ceremony DID take place inside Blue Bayou and reception in New Orleans Square (no specifics).  She also confirmed guests were treated to a private showing of Fantasmic and a ride on Pirates of the Caribbean.