It’s almost Halloween, which means it’s time for my annual Disney brides Halloween costume parade! Every year I ask my Disney bride and groom friends, along with all of my wonderful readers, to submit their Disney Halloween costumes. This is one of my favorite posts to put together every year, because I love seeing the creative costumes you all put together. You guys out-do yourselves every year!! 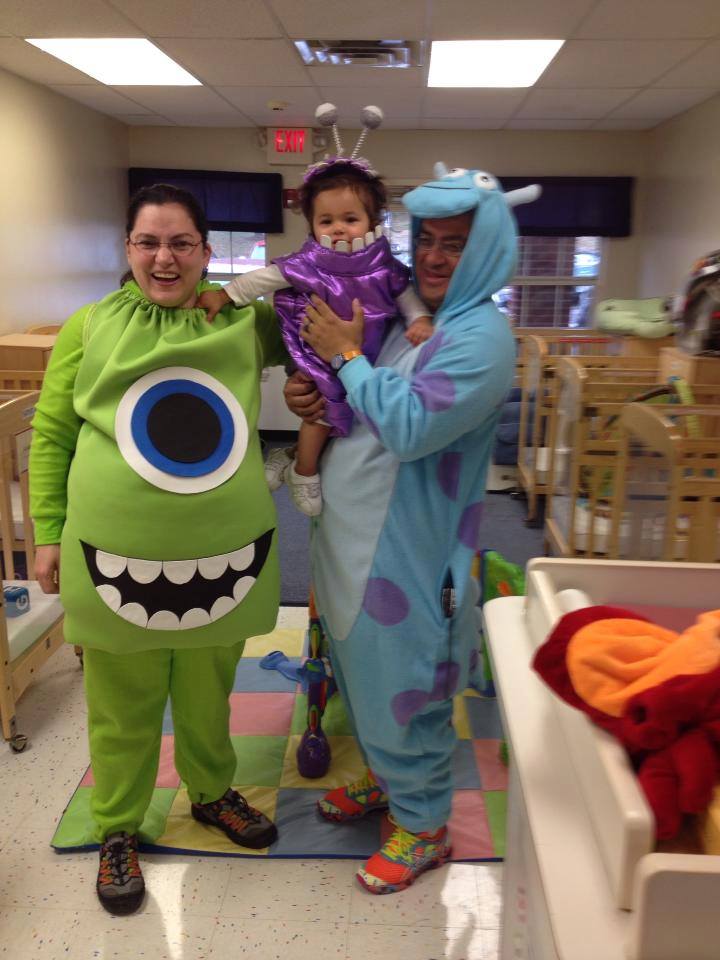 This year, little Gabby wanted to be Mulan! (ALL THE HIGH FIVES FOR GABBY!) The costume was made by Jessica of Ena’s Bazaar. 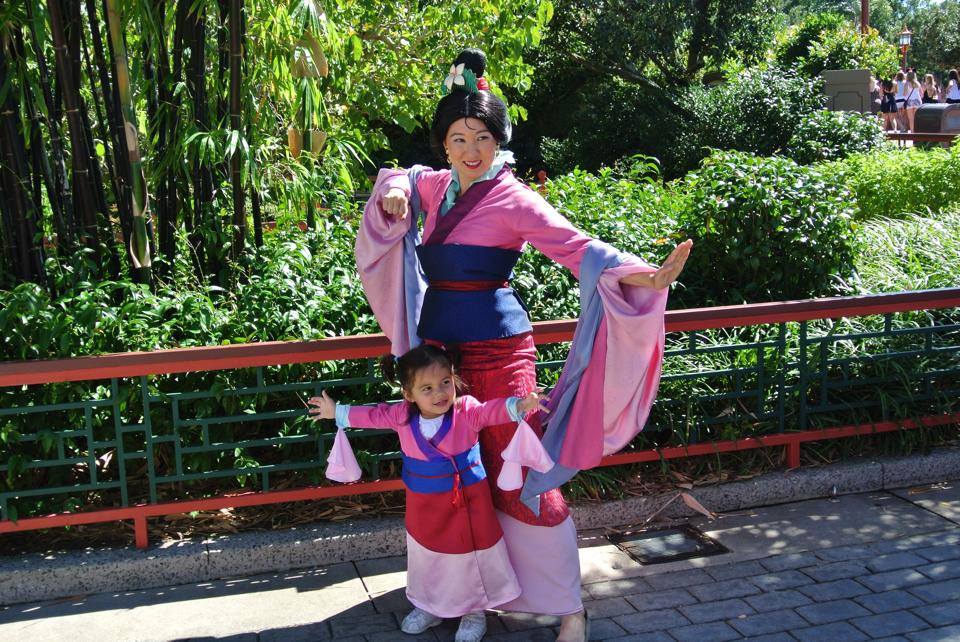 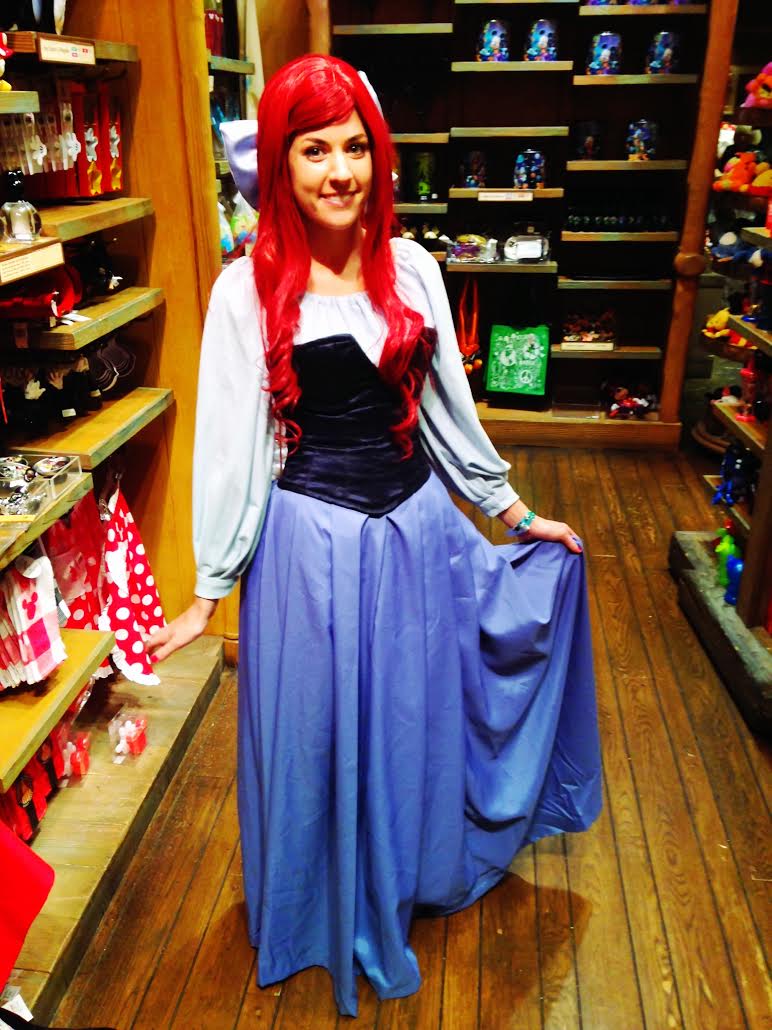 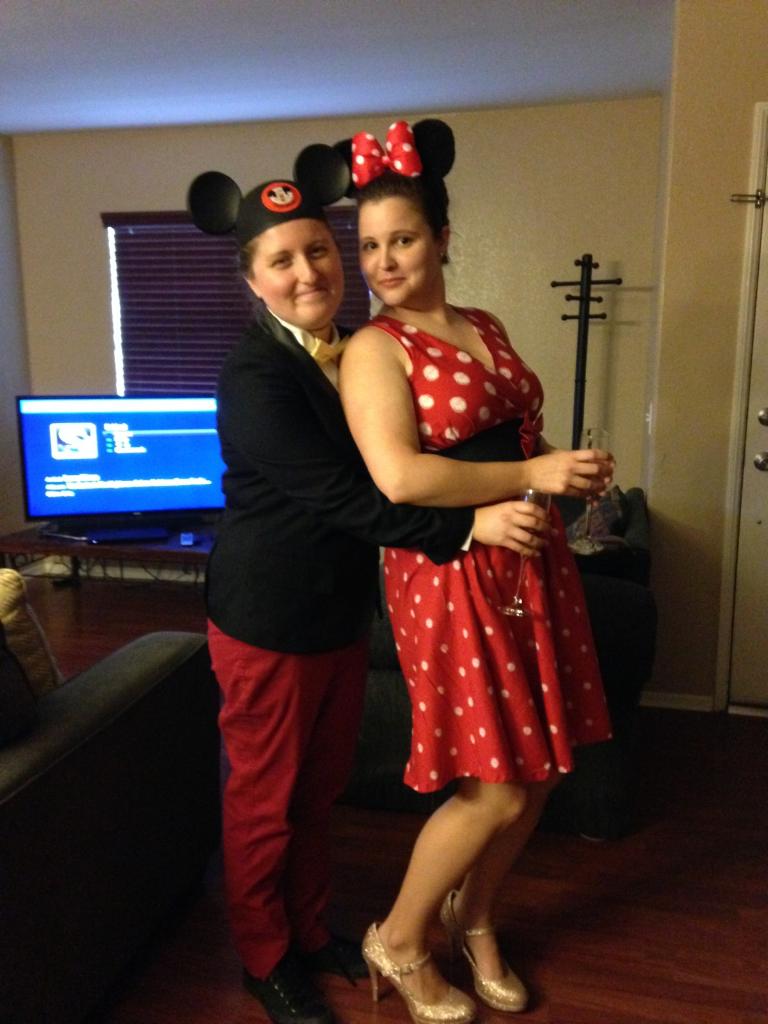 Jessica and her real-life prince Chris look great as Cinderella and Prince Charming! Jessica tells me this is also the day Chris proposed to Jessica at Disneyland! Awww. 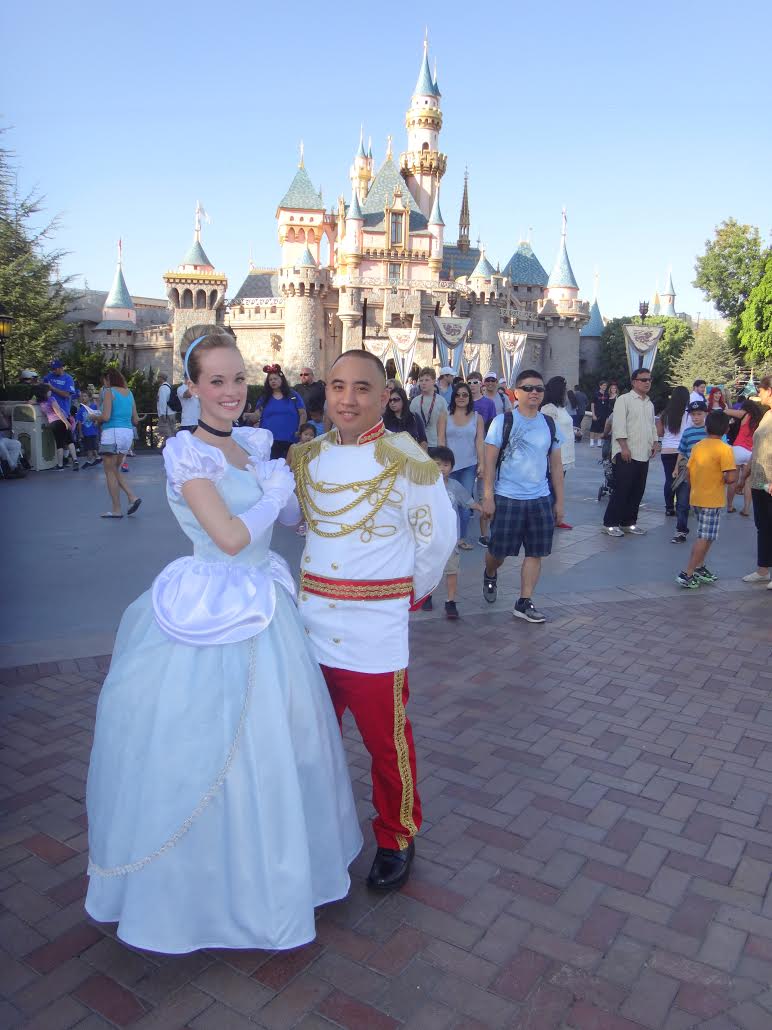 Mike and Becca are a very convincing Gaston and Bimbette from “Beauty and the Beast.” 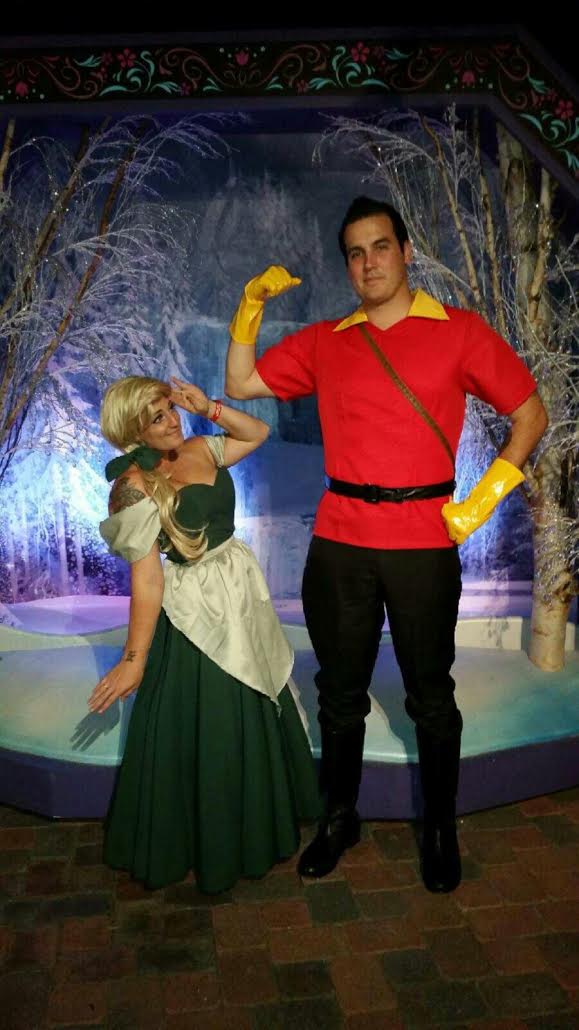 Christine and Anthony did a costume/DisneyBound as Lotso and Mr. Potato Head at Mickey’s Not So Scary Halloween Party at WDW. They told me their dachshund back at home was their honorary Slinky Dog. 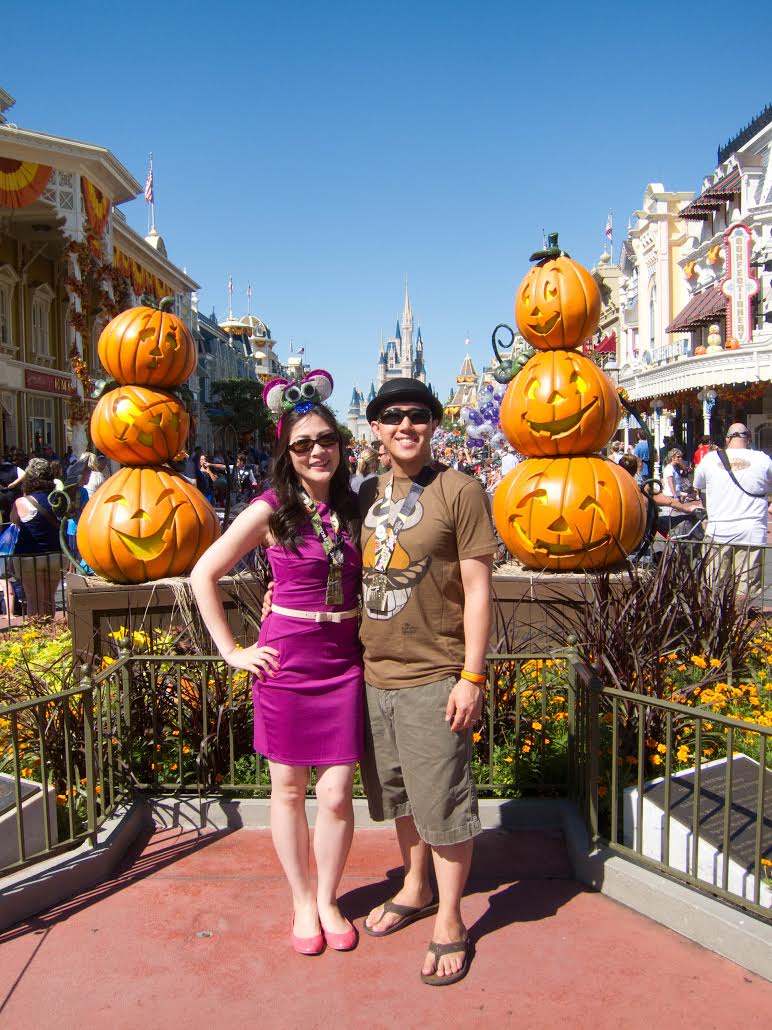 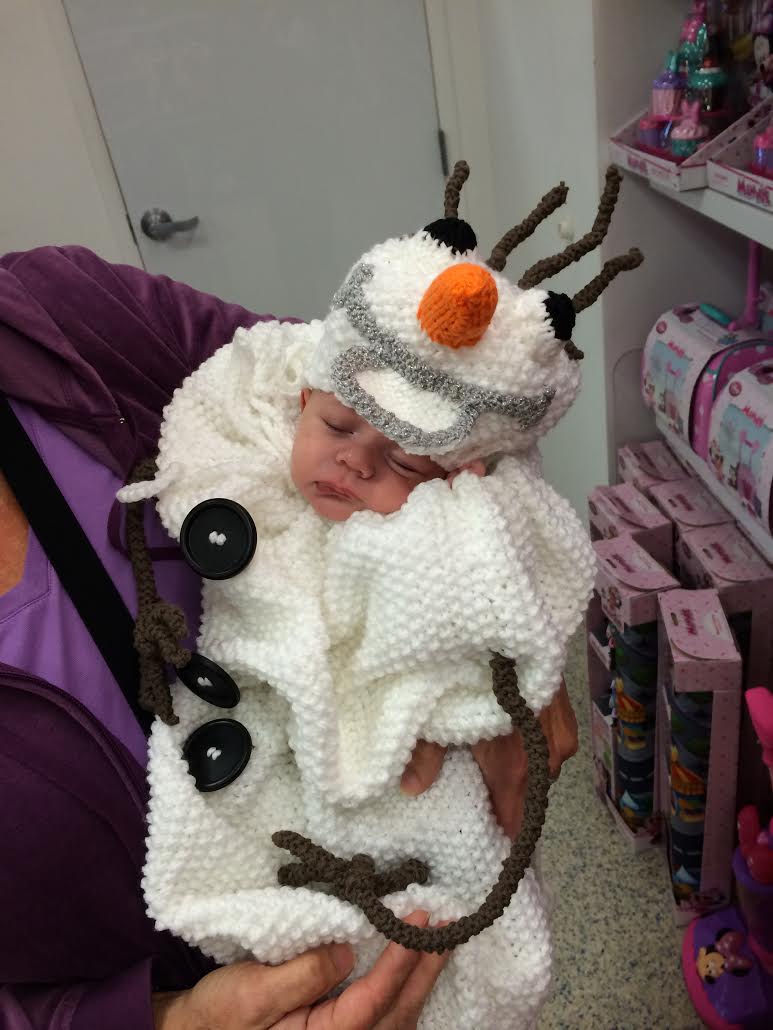 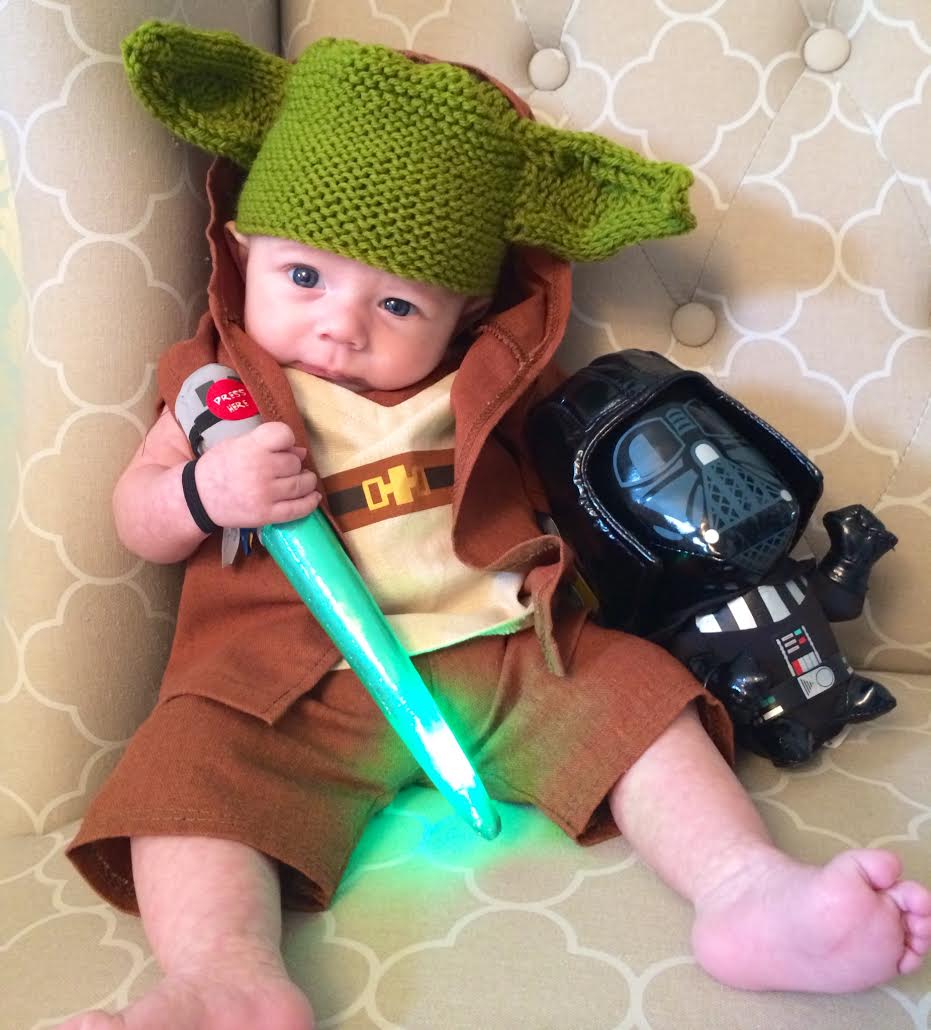 Newlyweds Lacey and Paco dressed as The Rescuers – Bernard and Miss Bianca – at Disneyland’s Mickey’s Halloween Party earlier this month. 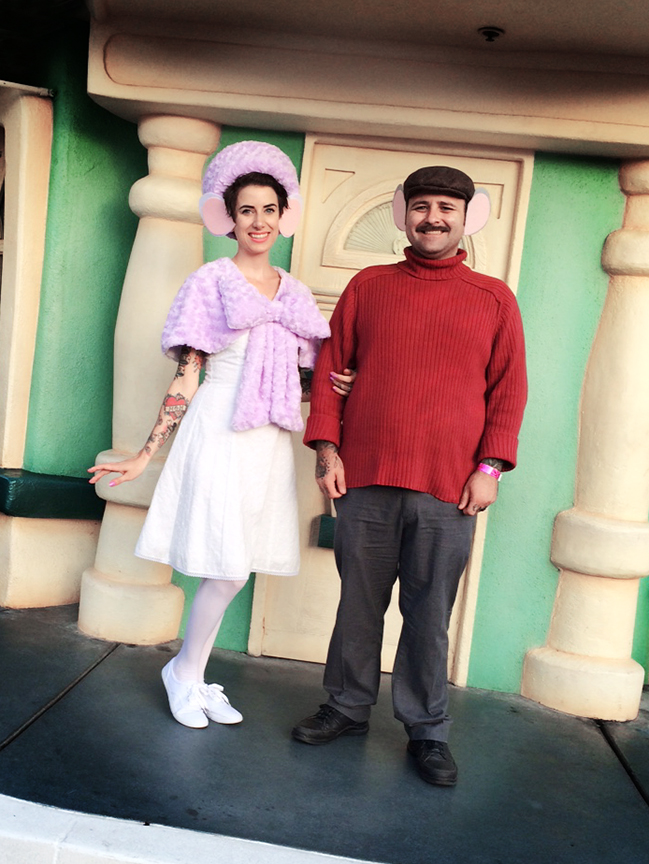 Anita sewed this Haunted Mansion hostess costume – isn’t it perfection? The nametag is from when Anita worked at Walt Disney World. 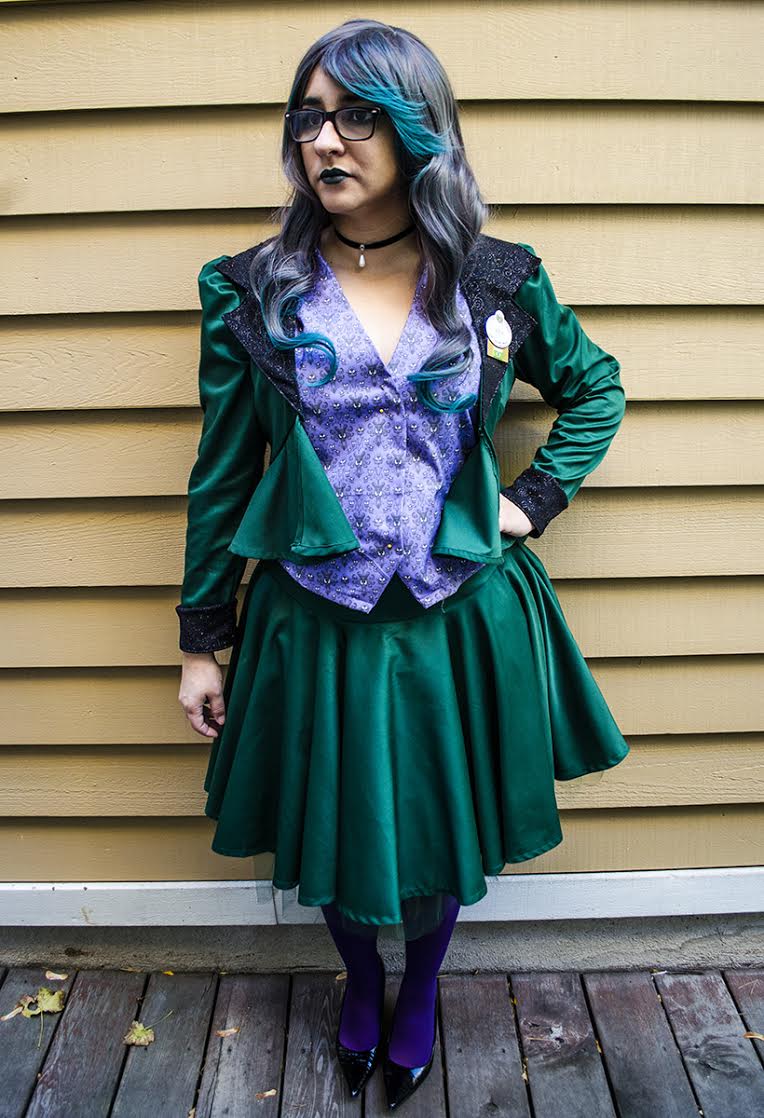 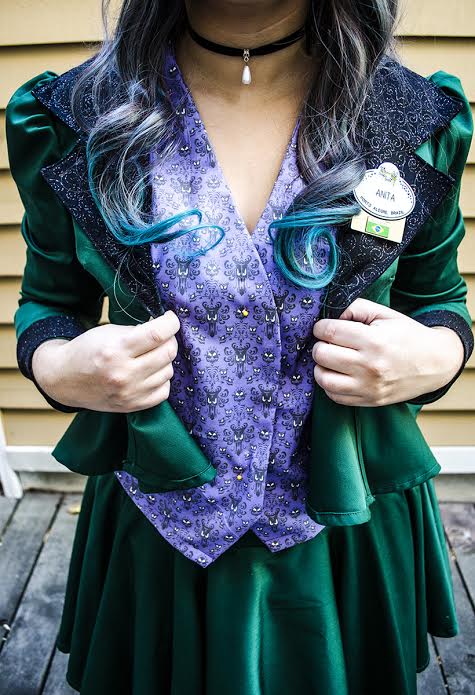 Mary tells me this picture was from her first date with her boyfriend … they look like a good match to me! 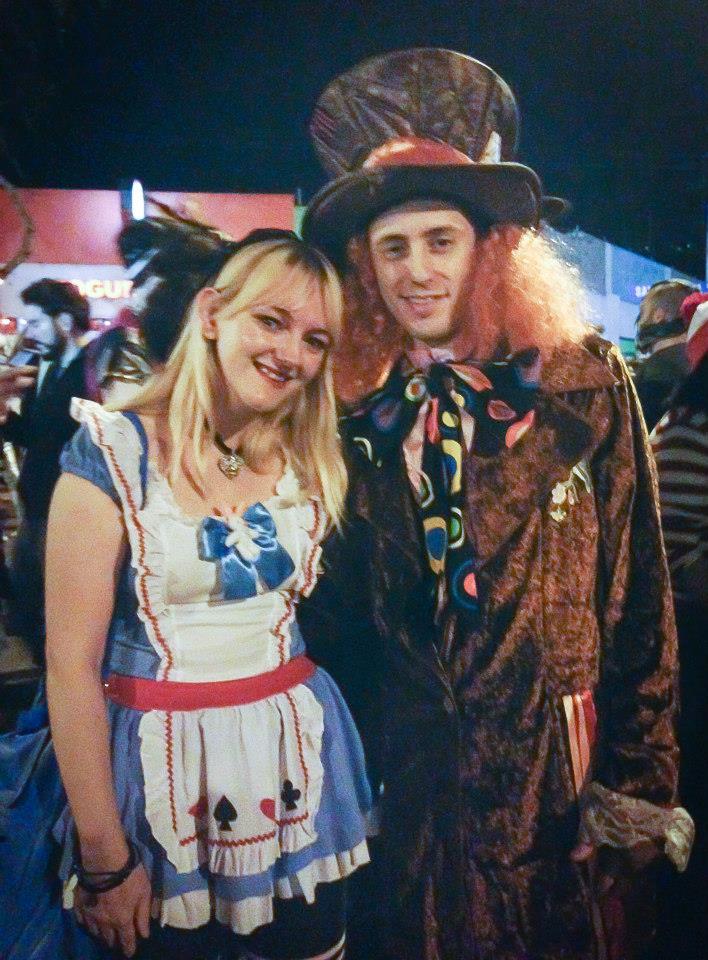 Disneyland bride Katie really gets into the Halloween spirit. For one event she dressed as the Haunted Mansion portrait “cat lady”. Meeeeow! 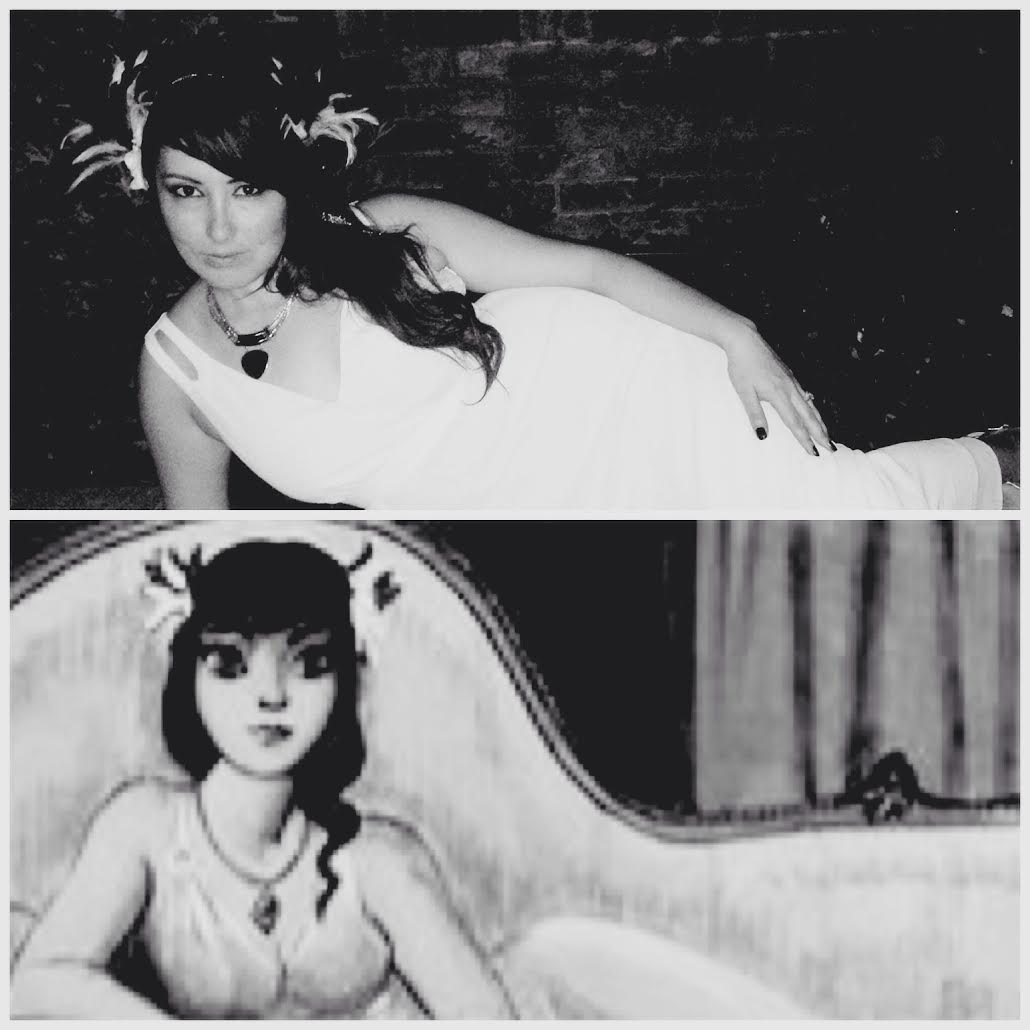 And then another event as Princess Mononoke, part of the Studio Ghibli / Disney family. 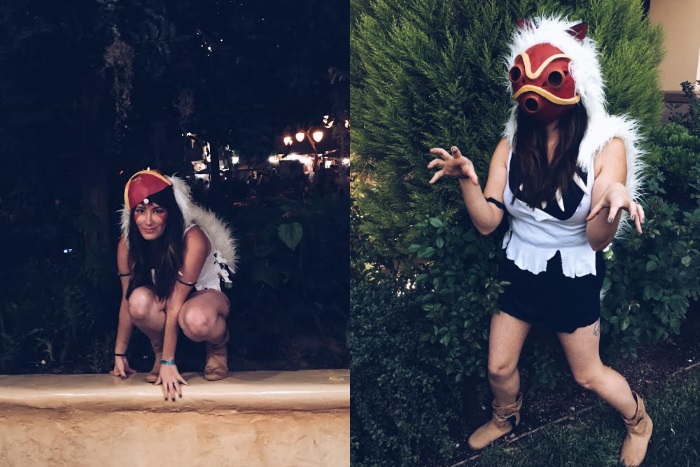 Walt Disney World bride Megan purchased the Olaf hat, but handmade the rest of this great costume. I think little plushie Sven is a great touch! 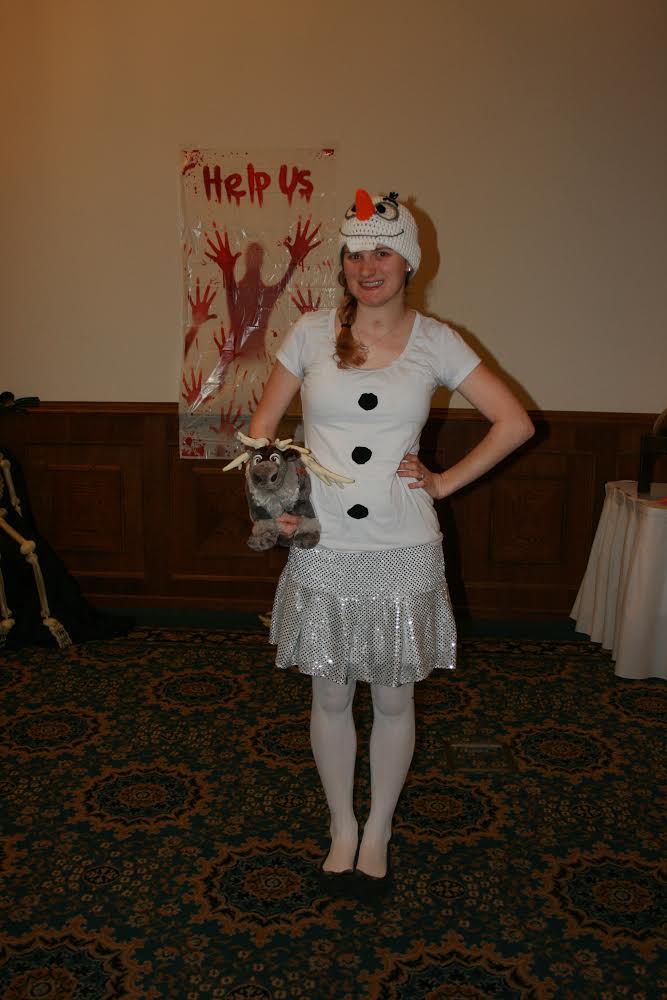 Disneyland Bride Melanie and all her kids – Melanie as a Haunted Mansion Hostess, Andrew as Starlord, Austin as Jack Skellington, and Mojo and Rex as Tigger and Eeyore. Cute! 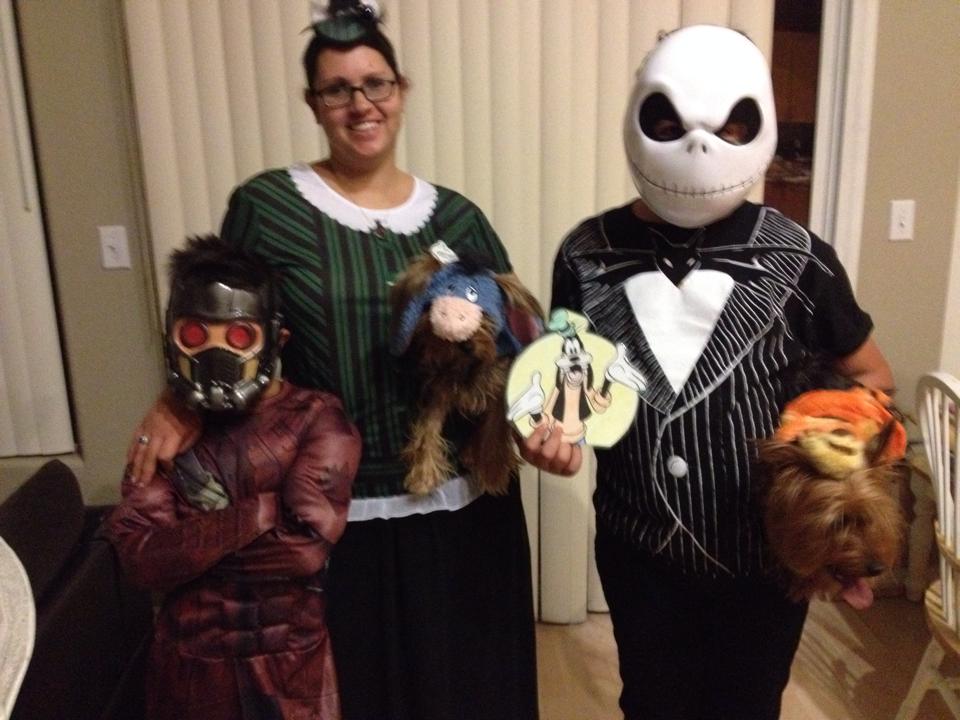 Ari and Mookie’s little ones are adorable as Snow White and Dopey! 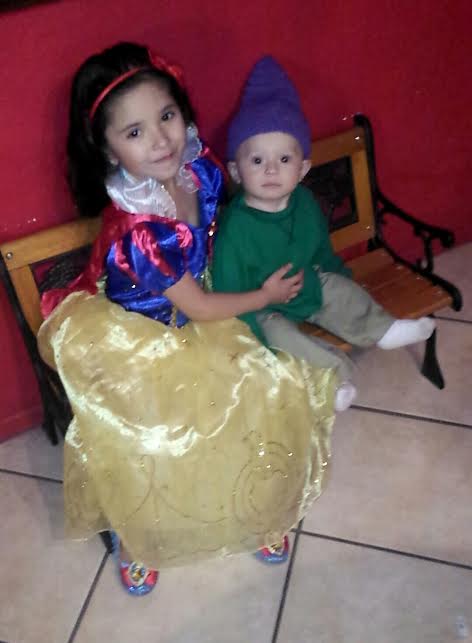 Disney Bride and Groom Jenn and Peter make a cute Anna and Olaf! 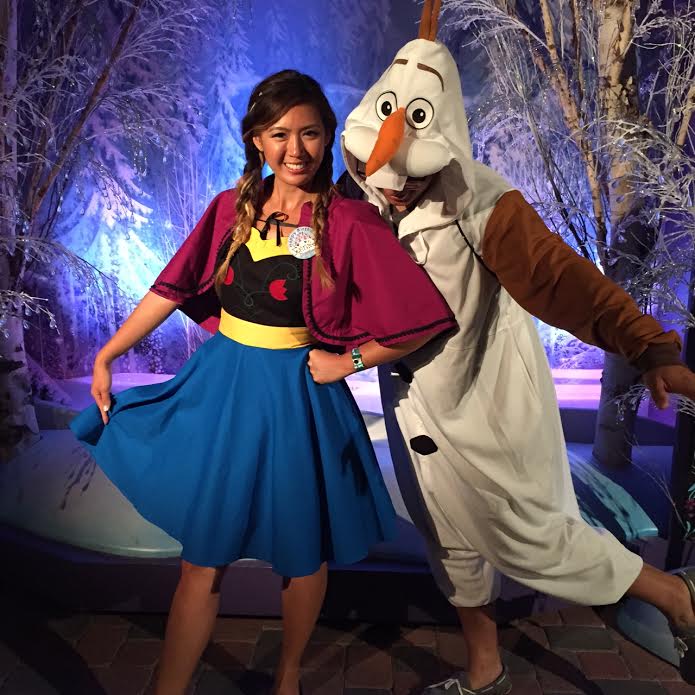 Courtney and her family look adorable dressed up as some famous Disney ducks. I can’t even handle the matching father/son Donald outfits. 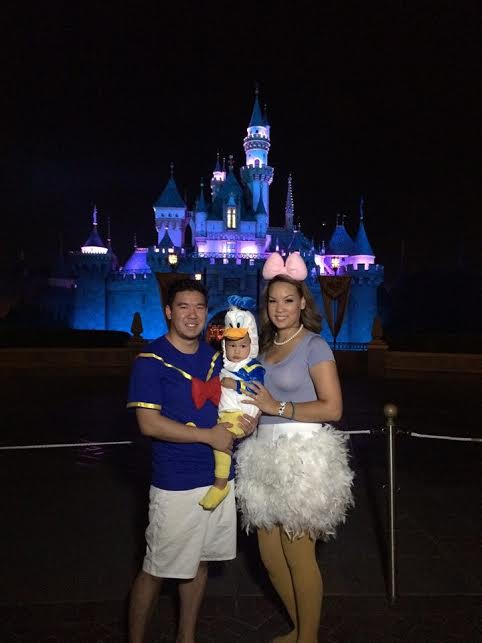 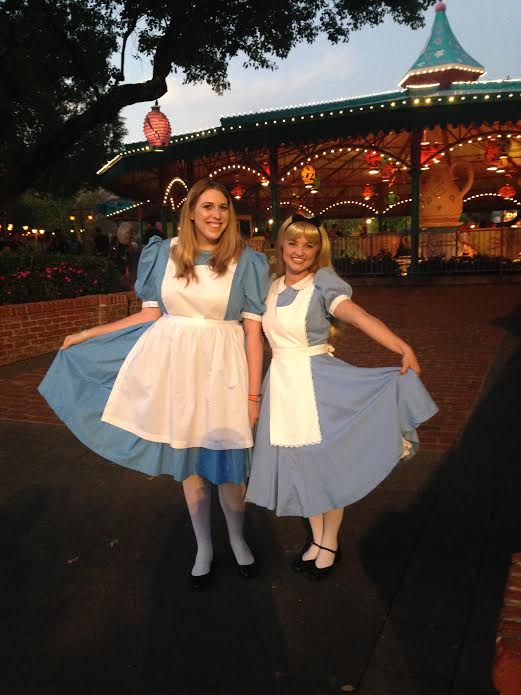 Thank you to everyone who sent in your photos! I think this is our best batch of costumes yet! Be sure to follow along on Facebook so you don’t miss out on next year’s call for submissions. Have a happy Halloween everyone!