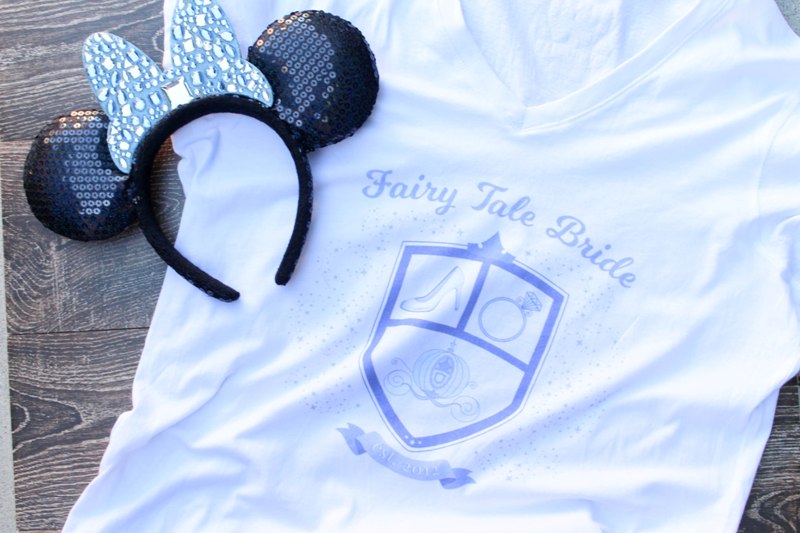 I’m so excited to FINALLY introduce this design to you! 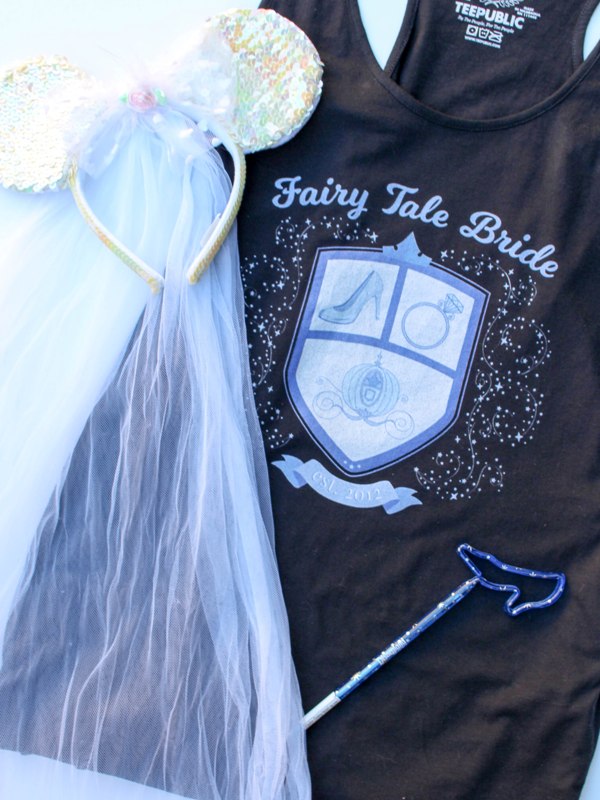 This design was one of my very first ideas, but it took a while to put together and get juuuuuuust perfect. I’m excited that it’s finally available. 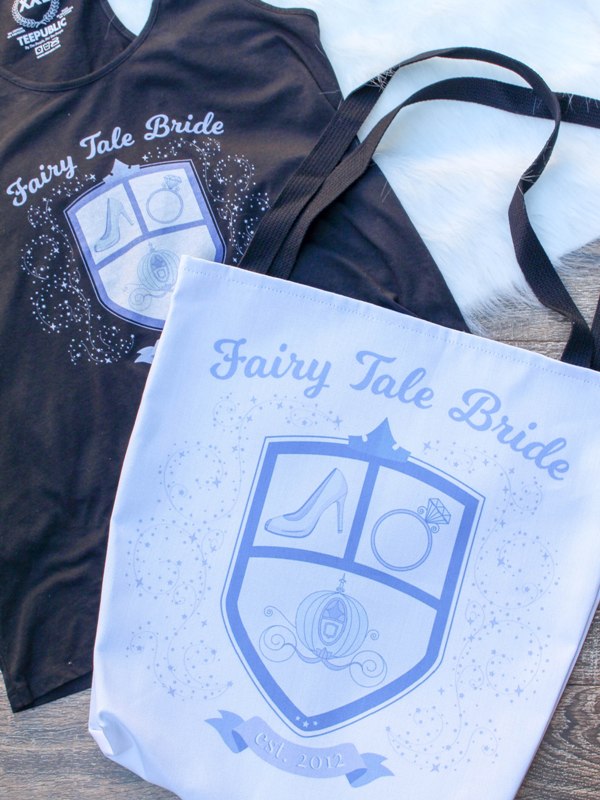 The Fairy Tale Bride Family Crest is designed to help you show your Disney Bride pride! The crest includes some of my favorite fairy tale wedding symbols that my friend Anita designed for me – a glass slipper, a diamond ring, and of course, the carriage. The crest also includes a tiara at the top and is surrounded by pixie dust (obviously).

At the bottom of the crest you’ll find the year you became a Disney Bride (aka your wedding year). Mine says 2012 and I can’t even believe it’s been over five years since I got married, omg. 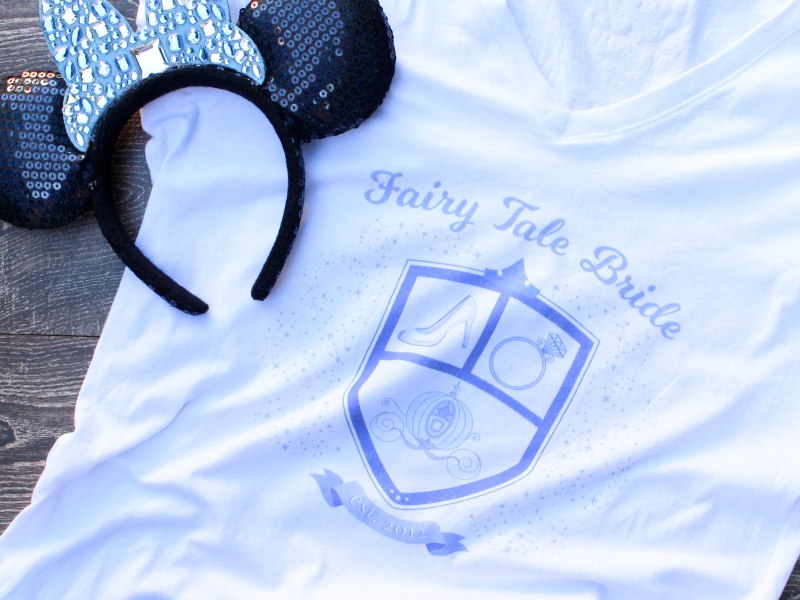 A major shout out to Anita for bringing this design to life for me. I had it in my head and I sketched it out for her, and the end result blew me away! It was exactly what I envisioned! Thank you, Anita!!

Right now we have years 2010 – 2018 available, but never fear! If you need a year that’s not currently available, give me a shout-out via email or social media and we’ll get it created for you! That’s one of the benefits of shopping with a small biz. 😉 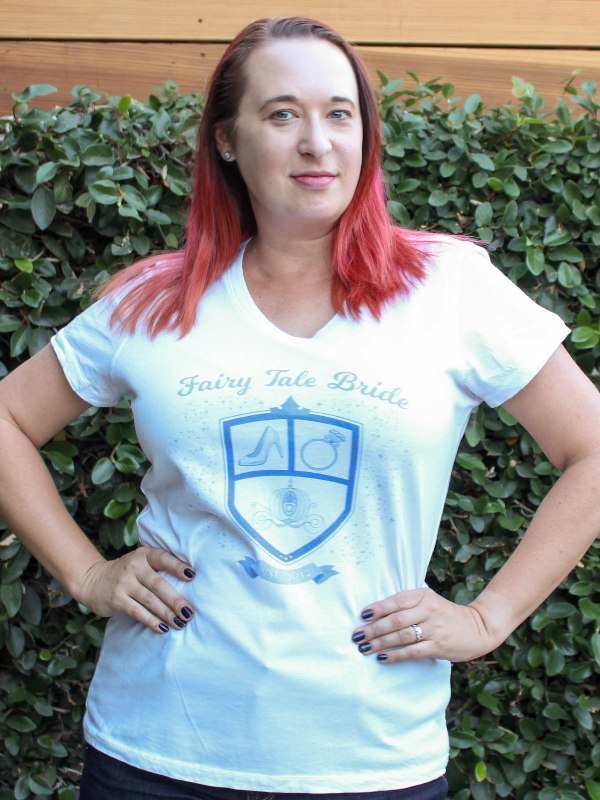 This shirt is from TeePublic and it’s the Female V-Neck in White, size 2XL. This shirt is very fitted. If you want something less fitted, I recommend the Slouchy V-neck. 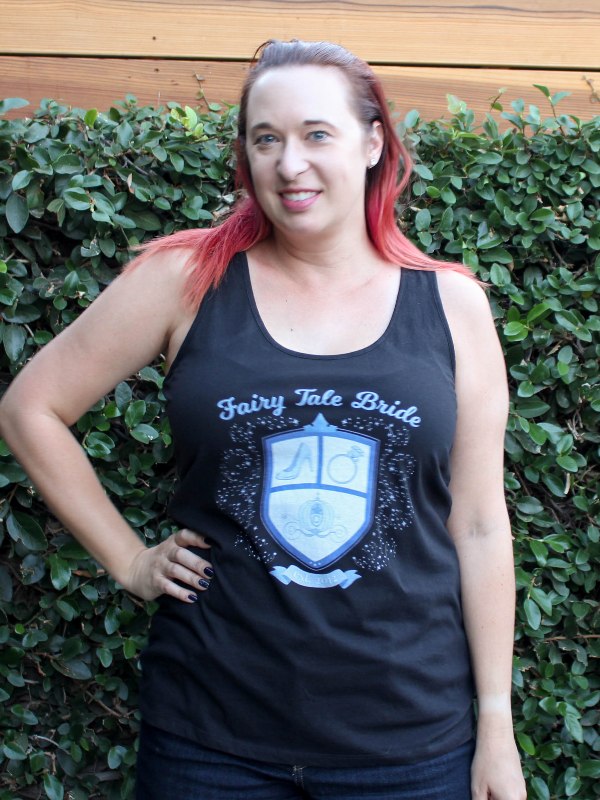 I was surprised at how great this design looks in black!! In fact, I like it better than the white. Here I’m wearing the Male Classic Tank in Black, size 2XL from TeePublic. The women’s tanks are very fitted (aka tight), and I prefer the cut of the Male Tank for my curvy bod. 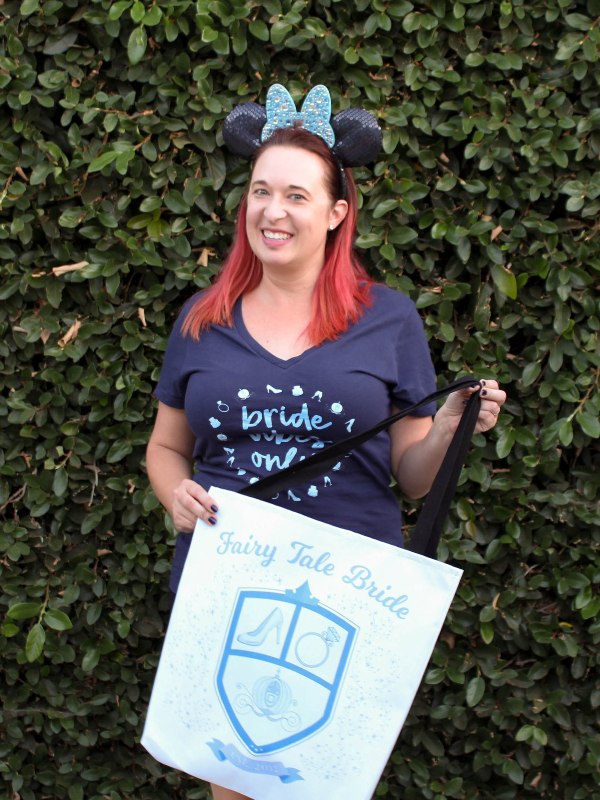 I also ordered the design on a tote bag. Correction – a huuuuuuuuuuge tote bag. This is the Large (18×18) Tote Bag from TeePublic. (Pro tip – it doesn’t cost anything extra to print the design on both sides, so do it!)

Here are direct links to all the years available on TeePublic!

Redbubble’s upload process is a little complicated, so I’ve only added years 2017 and 2018 on RedBubble so far. You can shop them here:

I hope you enjoy this design as much as I do! As always, thanks for your support! 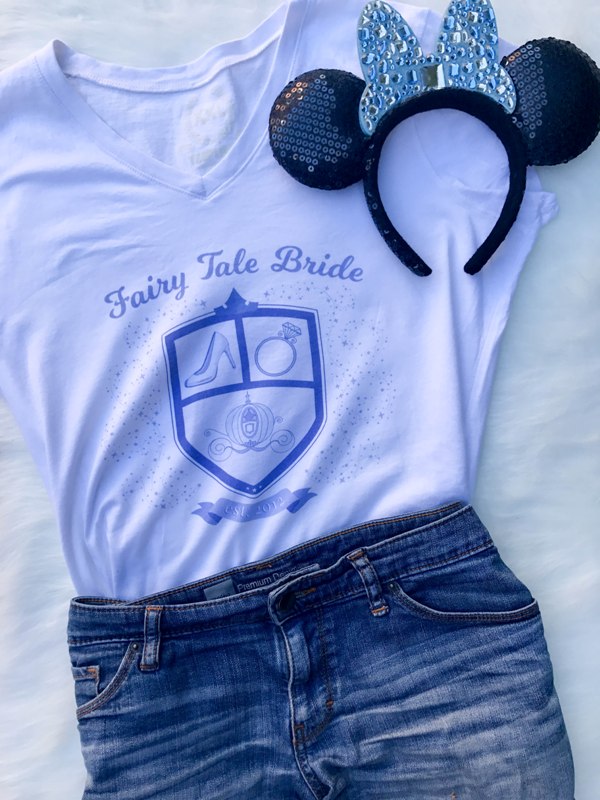