Once upon a time, a few weeks ago, I was at Joann Fabrics and Crafts when I came across and subsequently fell in love with a fake plant in a fake moss covered pot. 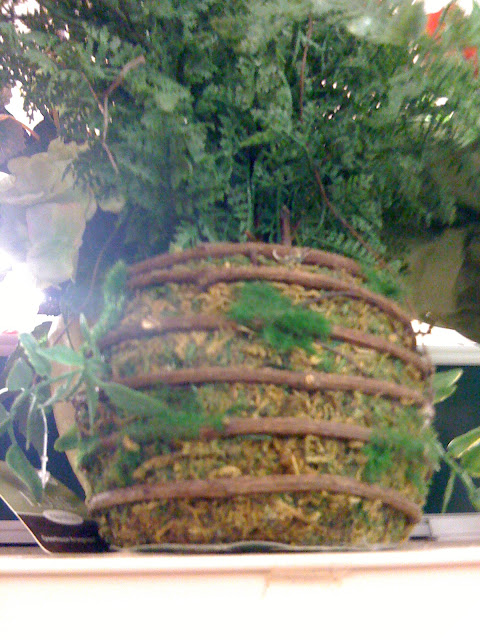 I knew something like this would be perfect paired with my fabric flowers for the reception centerpieces.  This particular moss pot cost $20, so even with a 50% coupon that’s $10 per pot.  And I only wanted the pot part.  I thought I could do better so I sought out to make my own.

I have a bunch of ceramic and tin pots I have acquired over the years that I’m not really using.  Joann sells moss sheets for $8 which I found is big enough to cover two smallish pots, and I found a “twig coil” for 99 cents that also covers two pots.  I already own a glue gun, so that was free.  If I have a coupon for the moss sheet (and I never buy anything at Joann without a coupon), my total per pot is $2.50. 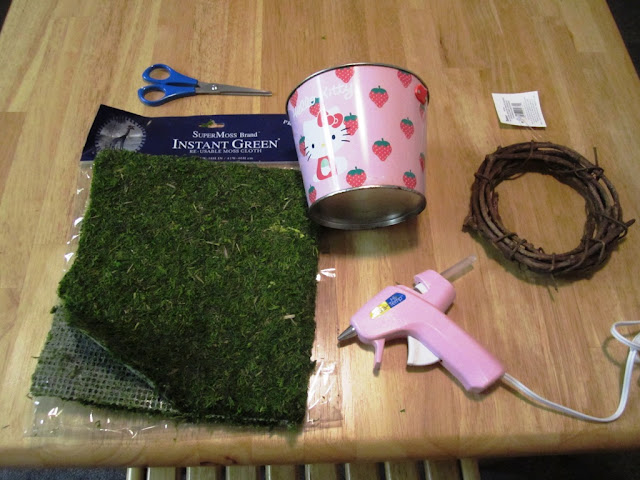 Step 1: Wrap your moss around the pot to see how much you’ll need.  As I stated above, the sheet I bought covered two smallish pots. 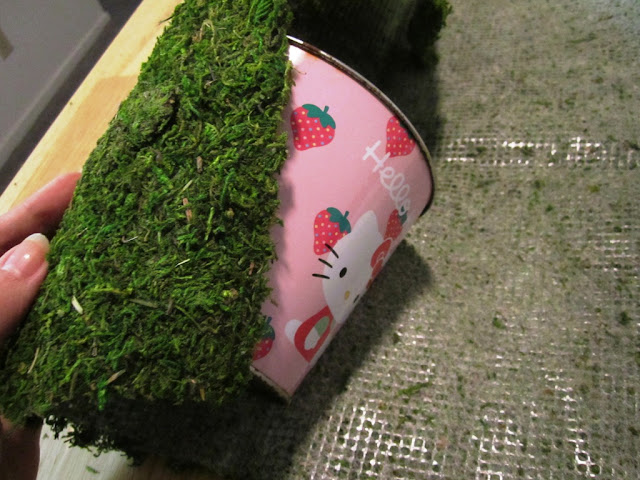 Step 2: Once it’s measured, cut yo moss!  Best to measure out a little extra so you don’t accidentally come up short. 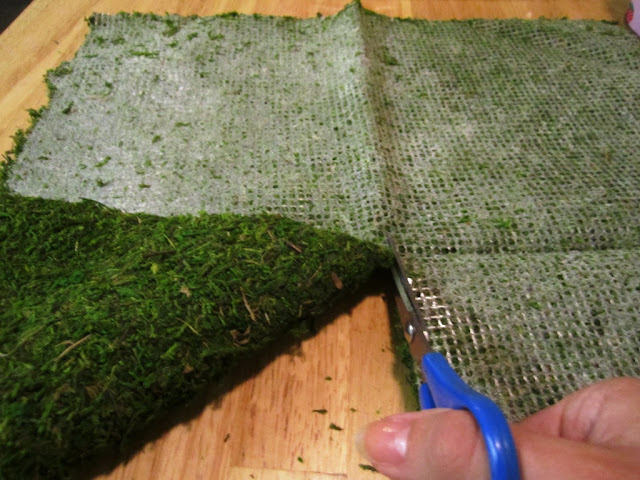 Step 3: Wrap your moss piece around the pot before you get crazy with the glue, to ensure it fits.

Make sure you have enough to tuck down into the pot. 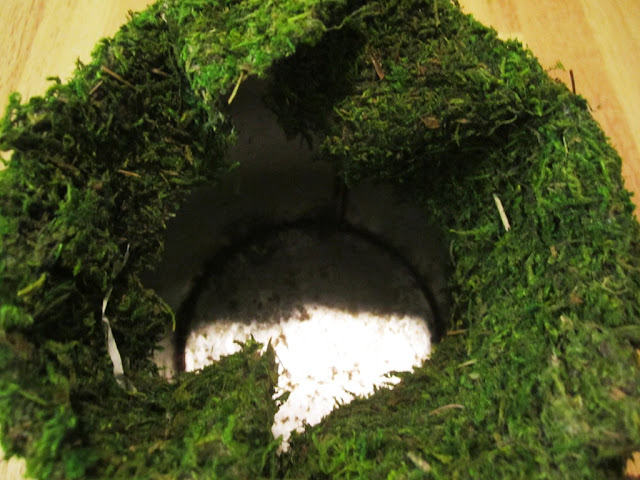 Step 4: Use the glue gun to glue the moss to the pot.  You don’t need much glue.  Do small sections at a time.  NOTE! You are working with porous moss and hot glue, so your hands will most likely sustain some small burnage.  Have an ice pack handy if you have sensitive, delicate lady fingers.

I found that once you glued down the “seam” it was less noticeable and all the moss seemed to blend together. 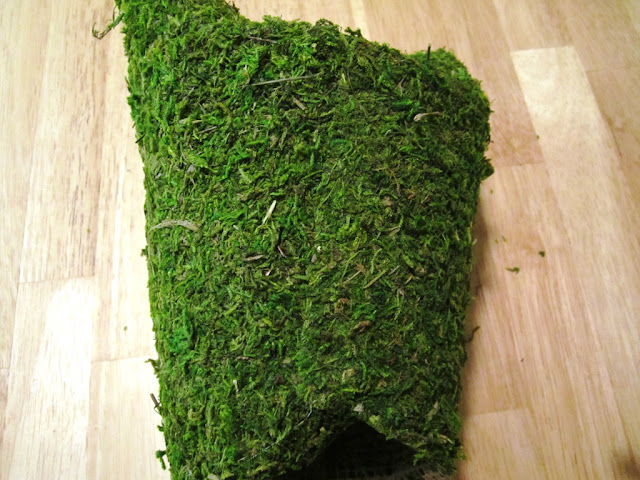 Step 5: Once glued all the way around, it’s time to glue the bottom.  Cut some slits in the “overage” and glue it down in sections, otherwise your moss will look buckled. Buckling is ugly, and bad for if you want your pot to be stable and not wobbly. 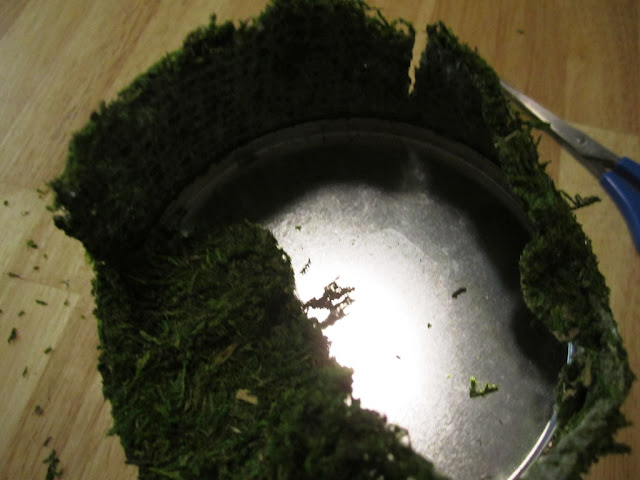 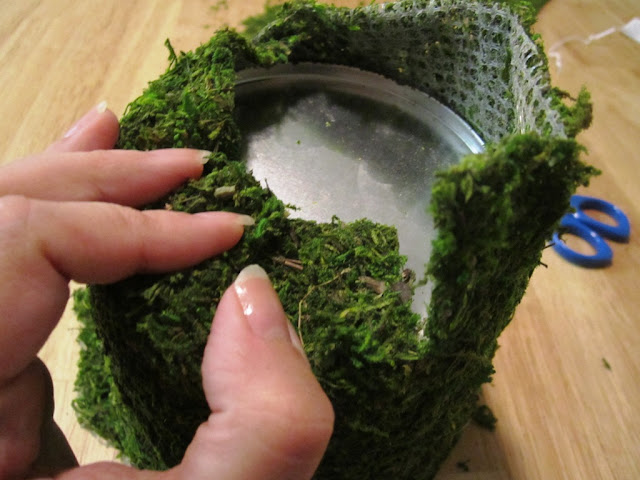 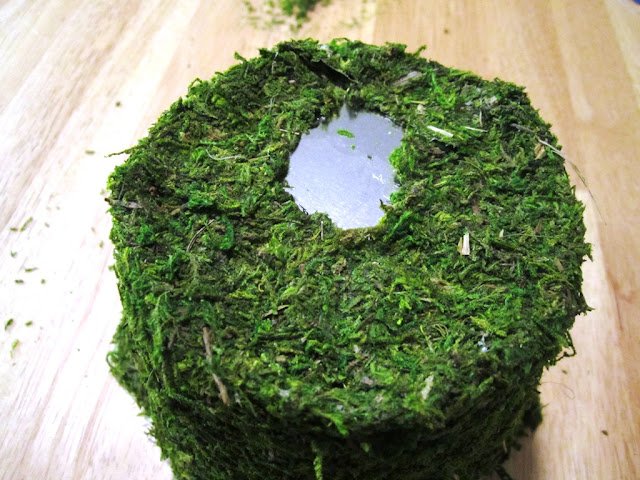 Step 6: Repeat with the top of the pot.  Glue the moss “flaps” down inside the pot so when you put something in there, you can still see the moss around the edges instead of ugly pot. 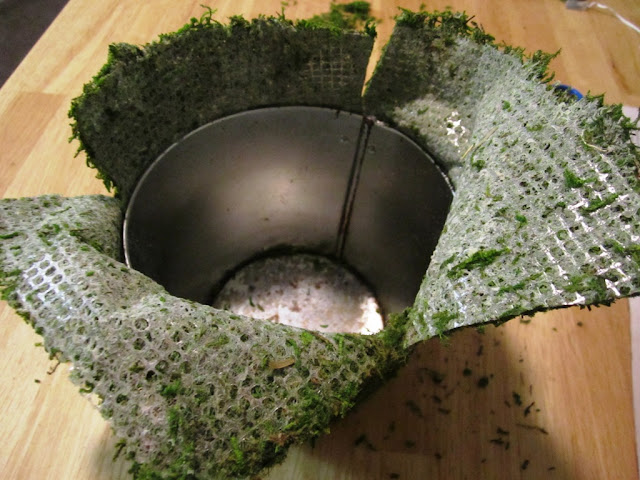 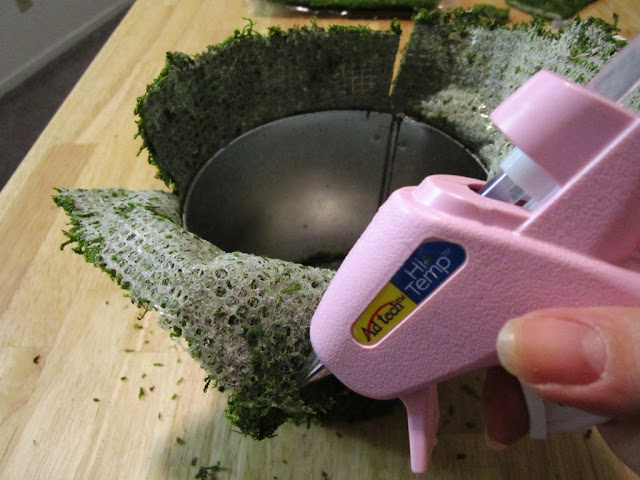 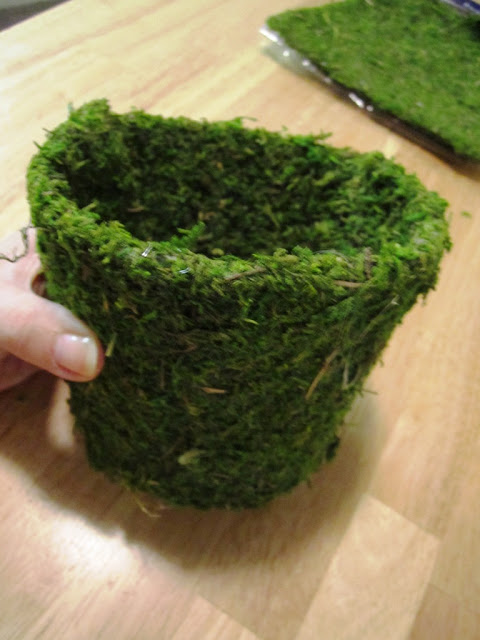 At this point you may want to inspect your moss pot for bare spots.  You can cut a small piece of moss from your leftover sheet and glue it on any bare patches.  Once glued on and pressed down, all the moss will blend together.

Step 7: Take your twig coil and measure it around the pot, and cut as desired. 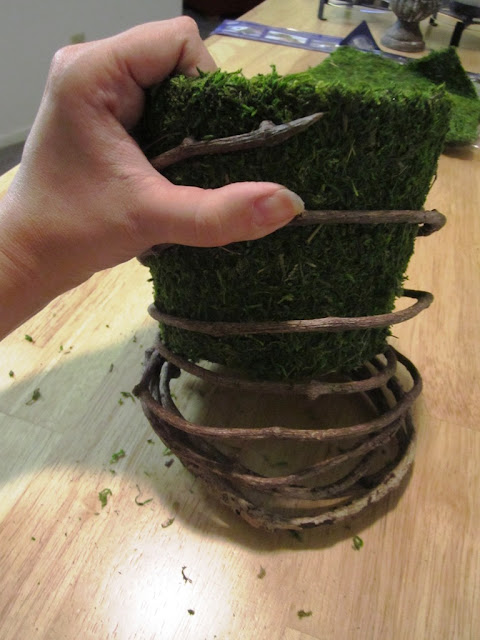 Step 8: Start gluing the twig around the pot.  This part was a little tricky for me.   I found that if you don’t glue it down in enough spots, the twig will pull away from the pot and take the moss with it.  I also found that if you’re not super careful with the glue, you’ll get ugly dried glue piles all around your twig.  So take your time with this step and do it very carefully. 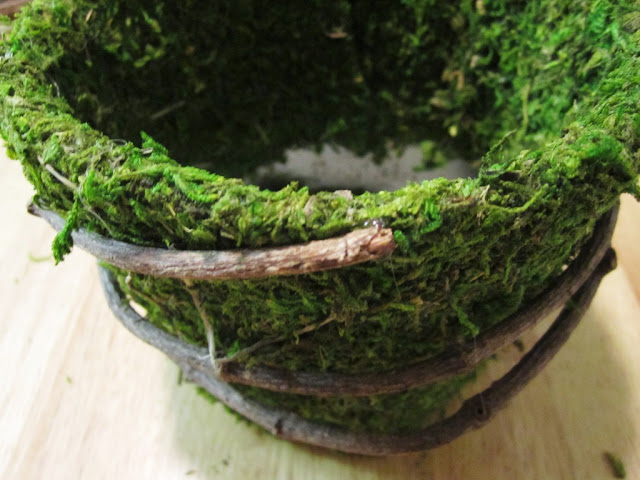 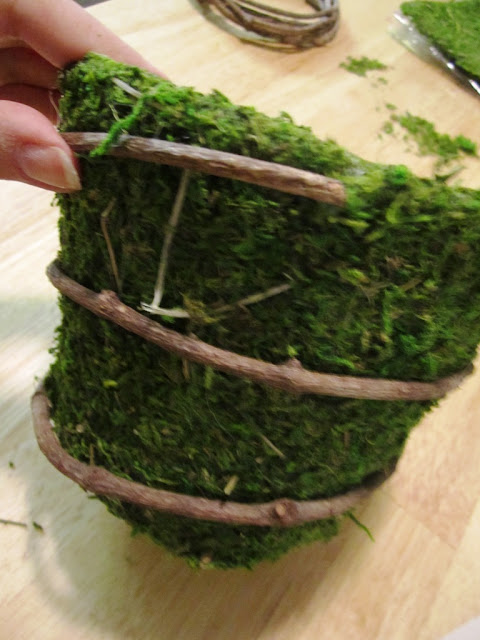 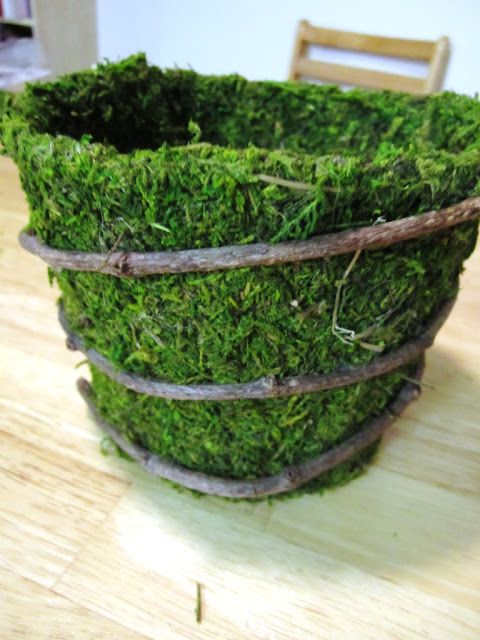