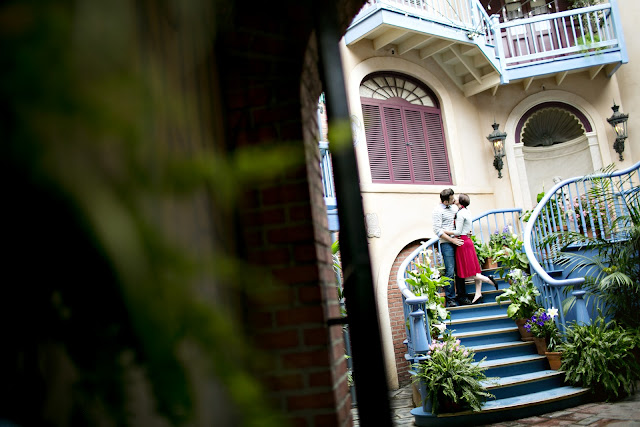 Photo credit: Sarina Love Photography
MousePlanet is reporting the beloved corner of New Orleans Square known as Court of Angels (or Court des Anges if you’re fancy) is set to close at the end of September as part of the Club 33 rehab and expansion.  Rumor has it the Court of Angels will be a new lobby/entrance for the Club, which means it won’t be accessible for regular park guests.  As far as I’ve seen, Disney has neither confirmed or denied this rumor, which means it’s probably true.
The Court of Angels is one of the most secluded and romantic areas of Disneyland, and countless proposals and engagement pictures have occurred there.  Due to the recent announcement of in-park Escape weddings, I was really, really hoping we would soon see a wedding or vow renewal take place at the Court of Angels.  If it’s a dream of yours to exchange vows in this romantic spot, you better hurry up and do it before September 28, 2013, as this is the rumored closure date.

Back in 2011, when we took our engagement pictures, the Court of Angels was the ONE PLACE I knew we had to take a bunch of pictures.  And we did, but I’m admitting for the first time that I don’t like the way most of them turned out.  Out of the dozens of pictures we took, this is the only one I’m really happy with:

A friend of mine took the photos, and my dislike for them is totally not her fault – this was her first time shooting at Disneyland and first time shooting engagement pictures, and also I woke up late and didn’t have time to do my hair and makeup.  But maybe I’m being too harsh, so here, for the first time, are a few more of my less-than-favorite photos taken at Court of Angels. 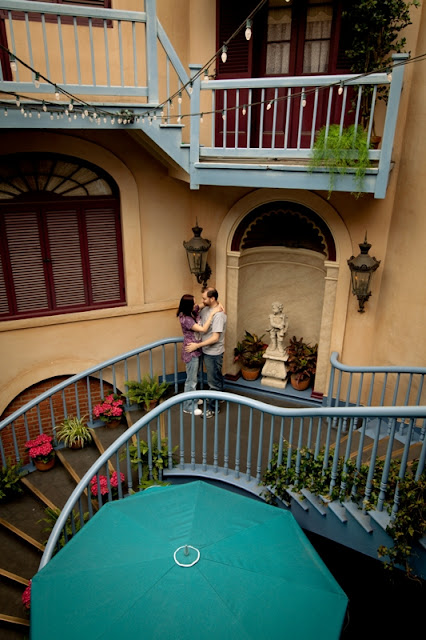 This picture would be so good if only my hair wasn’t in my face.  *grumble* 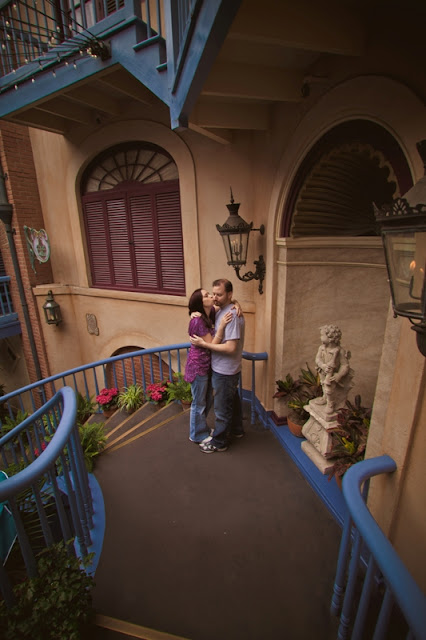 That last picture would be so good if only Mr. BFT were looking at the camera.  *grumble gumble*
I have major regrets not taking any pictures at the Court of Angels during our “Just Married” photo shoot the day after our wedding.  So, I think somehow Mr. BFT and I are going to have to figure out a way to get some additional photos there before it’s too late.  What do you say, everyone?  Group photo shoot?
Article Source: http://www.mouseplanet.com/10461/Clubbed
Images Credit (unless otherwise marked): Jessiey Ranck
0 Shares
Tweet
Share
Pin
Share