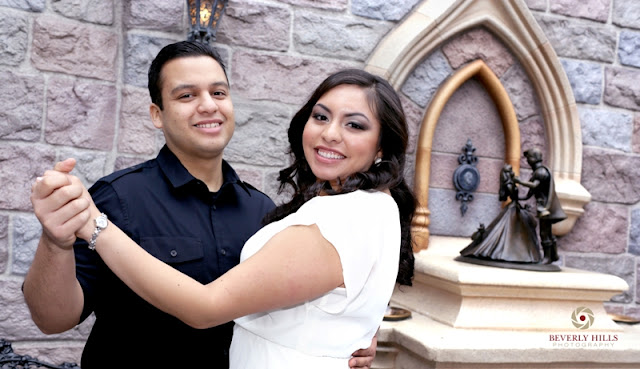 On Sunday June 24th, 2012 Erick and I went to Disneyland and he surprised me by taking me to Blue Bayou, our favorite restaurant in the Pirates of the Caribbean ride that serves my favorite dish, filet mignon. I thought that was going to be the special event of the night so I wasn’t suspicious as to why he took me there. Afterwards, Erick and I went on Pirates then his favorite ride in Fantasyland, Mr. Toad’s Wild Ride. I didn’t think anything of it since that’s one of his favorite rides but apparently he was trying to get me near the castle, but I threw him off when I took him through Frontierland to get there instead of through the castle. 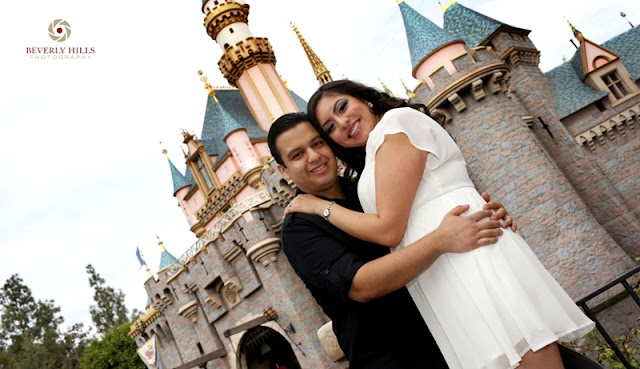 After the ride he wanted to go to Cars Land in California Adventure so we could see it all lit up at night which would have taken us through the castle. I threw him off again because I wanted to check the line for the Manterhorn since I knew he’d been wanting to go on it. Well of course it was too long when we got there so I said let’s just head to Cars Land which led us through Tomorrowland. By that time Erick was panicking and trying to figure out how to get me back to the castle area. He had a brilliant idea and told me his Disney annual passport fell out his pocket while on Mr. Toad’s and we had to go back to get it. Naturally that freaked me out and I started worrying, hoping we would find it. He tries to lead me to the Sleeping Beauty castle but of course it’s roped off because they’re filming (at this point Erick is freaking out), so he leads me to the side towards the Snow White wishing well. I’m walking ahead, rushing, and worried about his passport and that’s when he stops me and gets down on one knee. 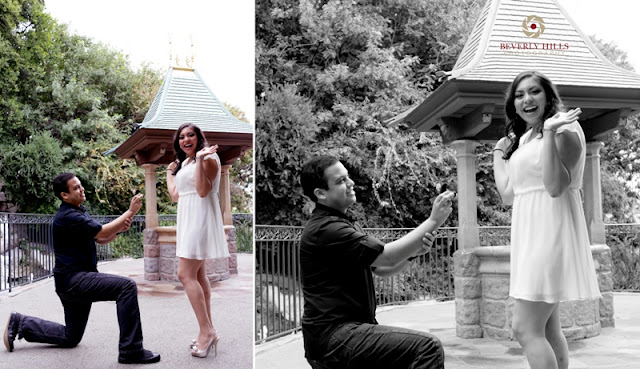 Erick pulls out the ring and asks me if I would do him the honor of being his wife. I said yes, he placed the ring on my finger, and he pulled me into a hug. Right after, the music from the wishing well starts playing the song called “I’m Wishing” where Snow White sings about how she’s wishing for her true love to find her. Erick and I just kept hugging and that’s when the tears started flowing. Everything just hit me, the dinner, how he planned it out, how much he loved me, that it was finally happening….and I was overwhelmed with joy. I kept telling him I loved him and he made my dreams come true. When I finally calmed down we walked over to see Cars Land (which looks just like Radiator Springs from the movie) all lit up for the first time. It was amazing and it was the perfect ending to the most perfect night of my life, next to the wedding day! 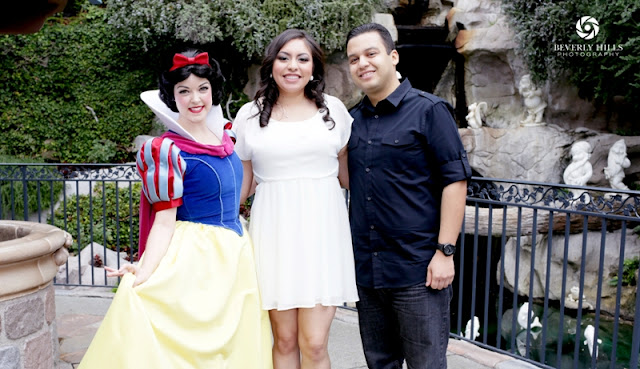 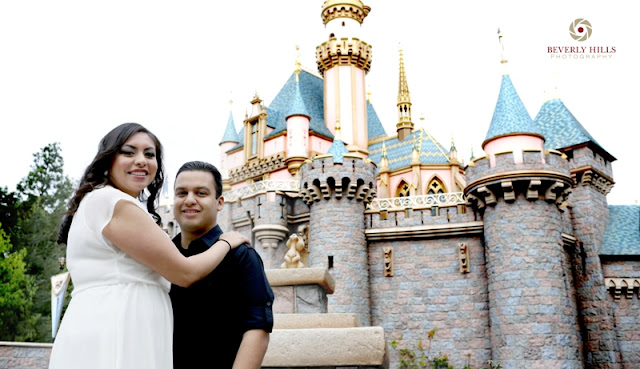 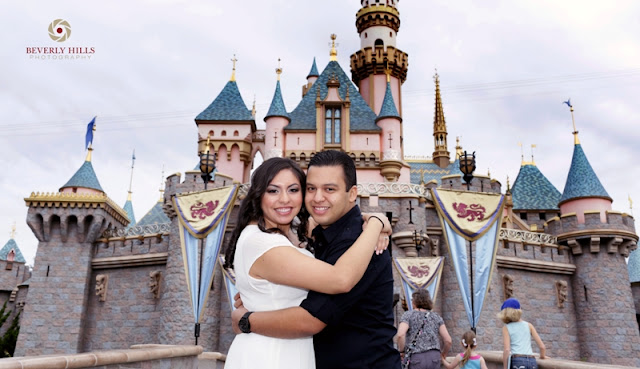 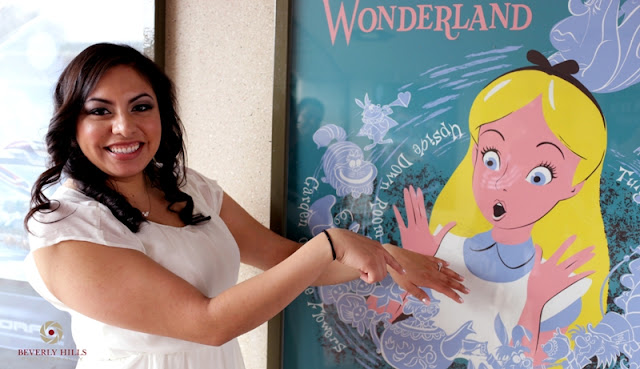 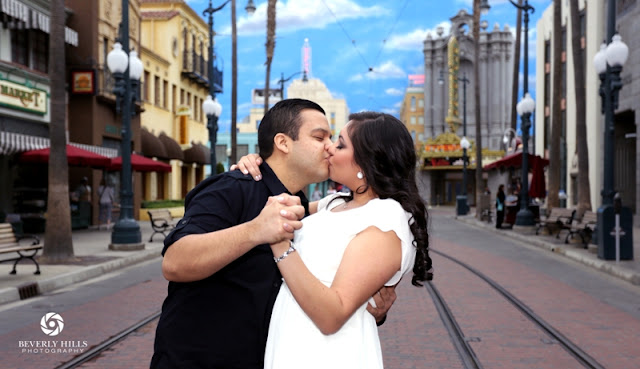 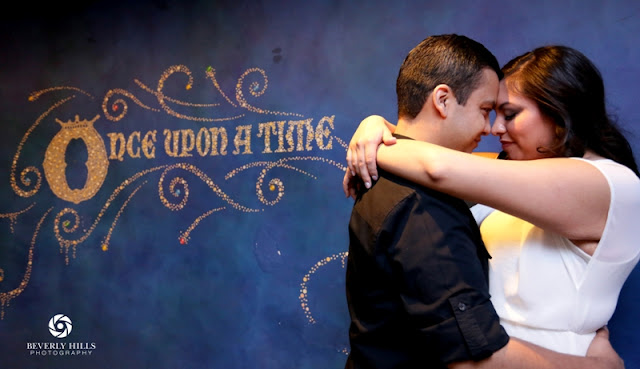 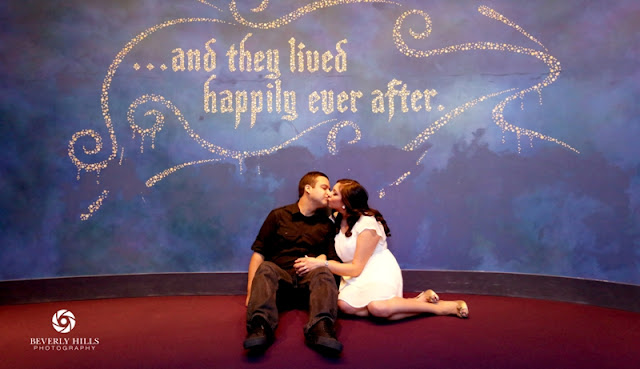 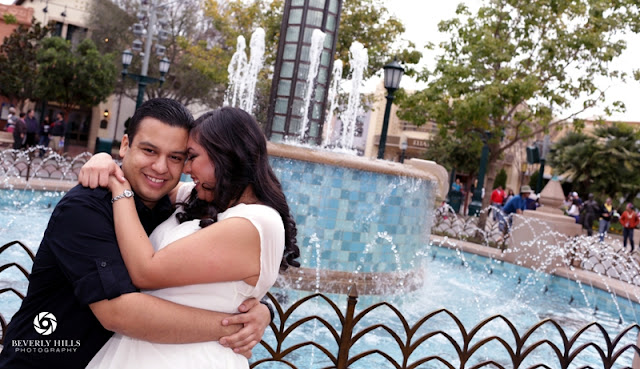 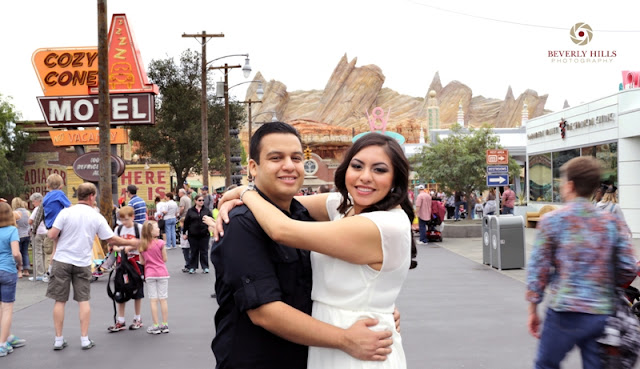 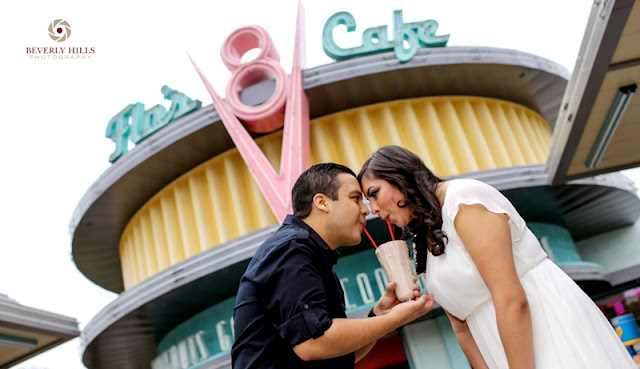 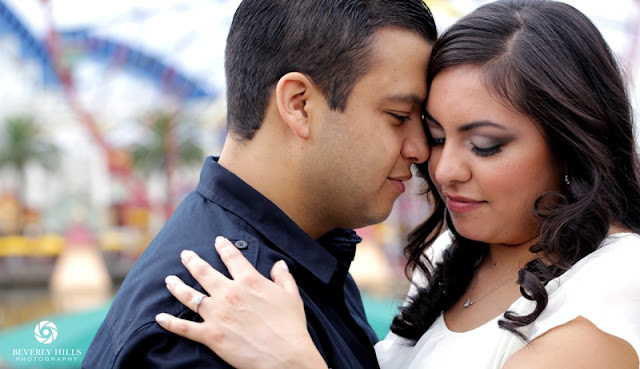 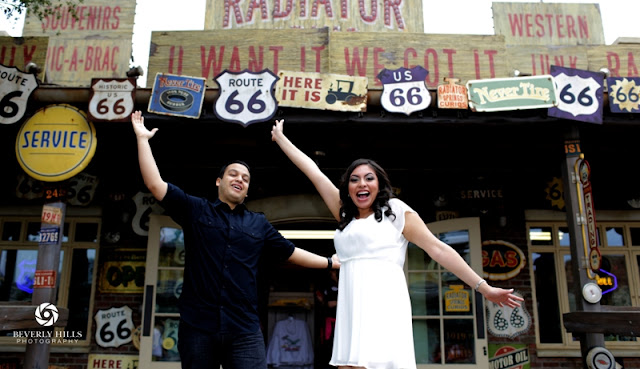 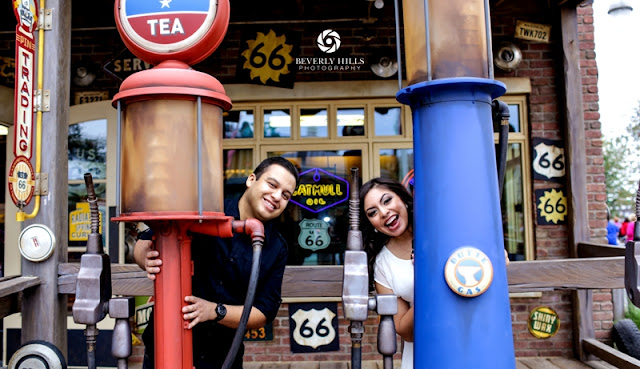 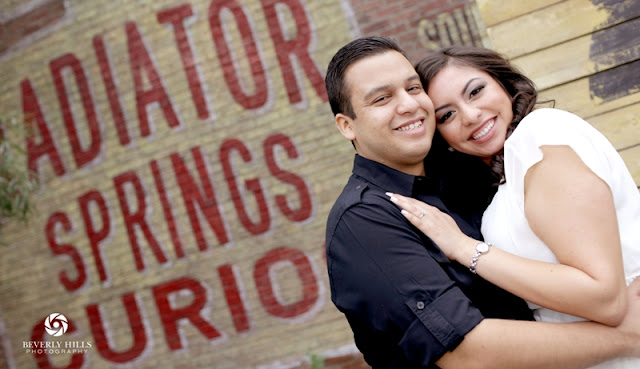 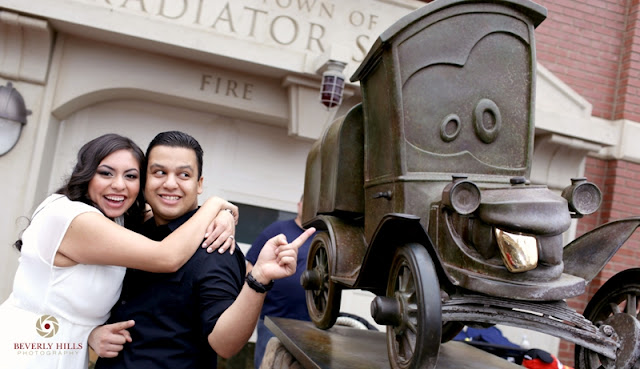 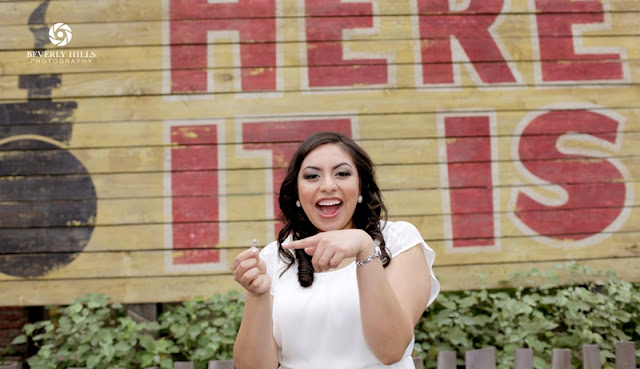 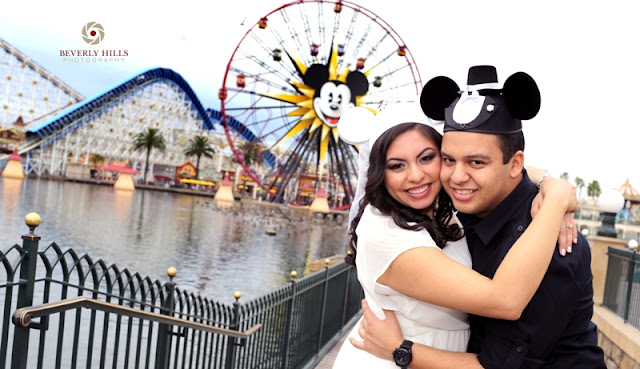 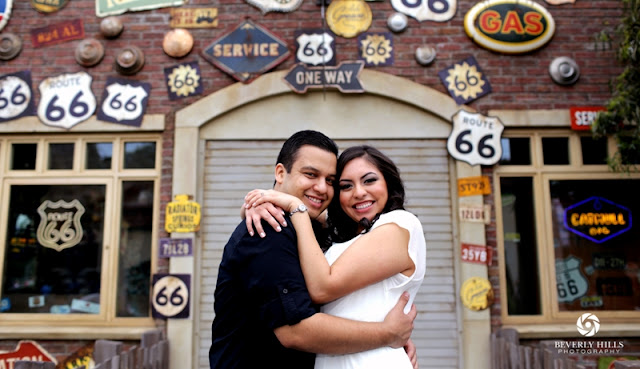 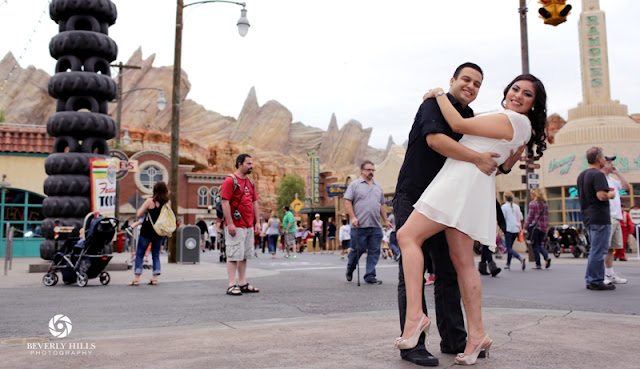