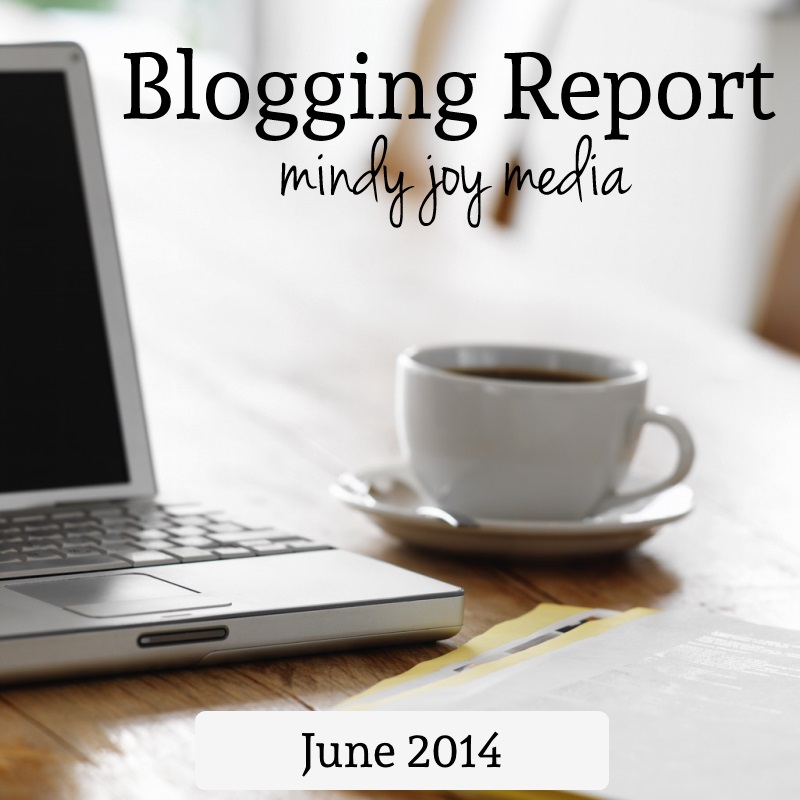 Welcome to my June 2014 Blogging Report! I’m happy to say that I’m back on the upswing and I’m in a much better mood than I was when typing my April and May reports. I had a really great June, both stats-wise and life-wise, and I hope the momentum carries through July and the rest of summer. I had a couple very cool traffic boosts that helped raise my numbers for the month, and I’ll cover that in the appropriate section.

Starting with my goals from last month:

– Finish up my Resources page (not done, boo)
– Finish cleaning up Categories and Tags for BFT (finished!)

Pretty embarrassed about the Resources pages STILL not being done, but I got some other important things done recently so I can’t be too tough on myself. Cleaning up my tags was a huge one leftover from transferring from Blogger to WordPress and I’m happy to check that off the list.

While BFT had a strong May, I fell just slightly for June but overall I’m not too upset. While my content was consistent, I didn’t have anything that made a huge splash or went viral in any way. Plus I had a big focus on Inspired By Dis since I attended the Disney Social Media Moms On the Road event at the end of June (more on that later).

Nothing too unusual in my referral sources. Top 5 are: Google, Pinterest, direct traffic, Facebook, and Twitter. How about a hand for Twitter sneaking in the top 5 there! My Twitter referral numbers have always been quite dismal so nice to see it crack the top 5. 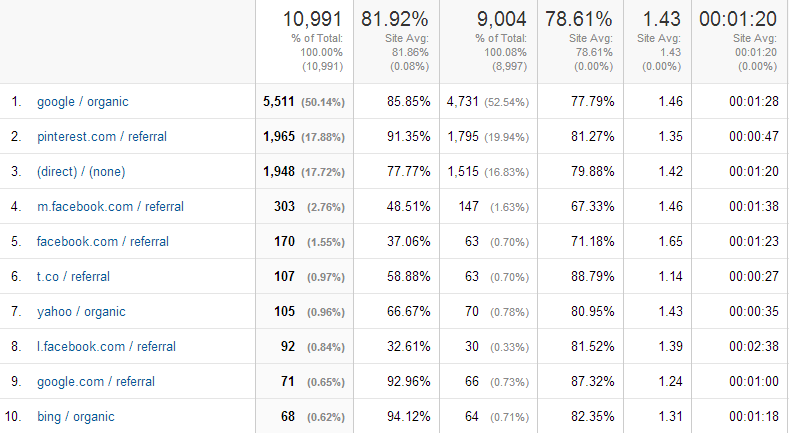 I focused strongly on IBD in June and I’m so pleased with the results! Best month yet! I had some help, though. Towards the end of June, the official Disney Pinterest account pinned another one of my pins! This time it was the Walt Disney World account. You can see the huge traffic boost on the blue trendline around June 25 (and never quite goes back down!). And on the same day, a different image was pinned onto a high traffic board and THAT pin ALSO went viral and stayed viral through the rest of the month (and continuing into July). It now has over 1000 repins. Pretty crazy.

My traffic sources had a bit of an oddity this month and I’m not entirely sure what to make of it. My top 5 were: Google, Pinterest (I’m shocked Pinterest wasn’t #1), direct traffic, Feedburner, and old URL referral traffic. The Feedburner referral is puzzling me. Not sure how I got over 1700 referrals through Feedburner when I only have about 36 RSS subscribers. And, by the way, five days ago I had 62 subscribers, which just goes to show you are unreliable their system is. Go home, Feedburner, you’re drunk. 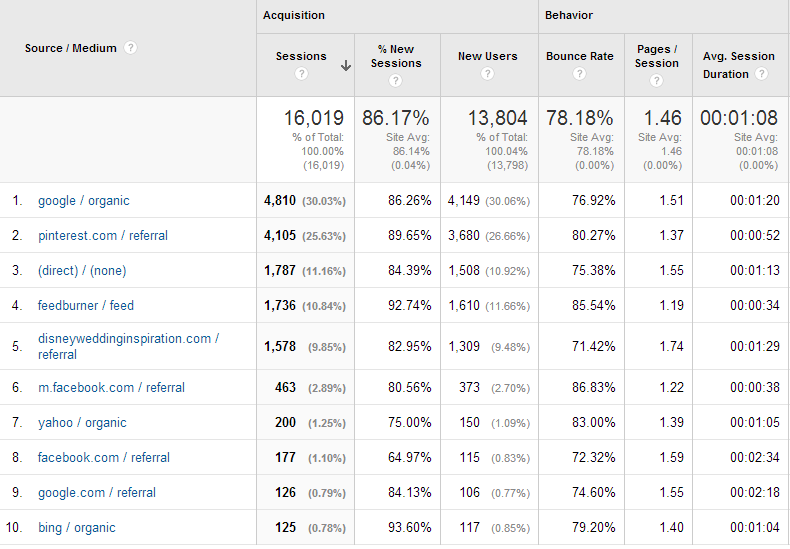 As mentioned above, I attended the Disney Social Media Moms On the Road event in Phoenix towards the end of June. It was a great place to network with other Disney bloggers and promote my site. I did my best to stand out (in a good way!) and I think it worked. I love the friends I made there, and I’m hoping to do a lot of guest post exchanges with the other bloggers I met, to help reach new readers.

I implemented several changes on June 1, including:
– Updated the menu on BFT (added 3 link top menu and switched up the categories in the main menu). According to my in-page analytics though Google, people are clicking on these new menu options, which results in more page views. So that’s good.
– Added email newsletter widgets to sidebar and bottom of each post, on both BFT and IBD. You may remember I FINALLY set up my email list in May. People are slowly subscribing, and I think it’s good I have the sign-up widget in a few different places. The newsletter sign-up link is also the default greeting in my Greet Box at the top of each post.
– Added graphic signature to bottom of each post on BFT. I’m not sure this really means anything as far as page views, but it makes me happy.

Towards end of May I hired someone to fix IBD’s screwy layout on Internet Explorer. My sidebar was stuck among my categories, my slider was stretched across the full screen; it was really ugly. (By the way, you know what was causing it? A broken tag in one of my Simple Hooks. The worst.) I was curious if my IE users would increase simply due to site usability and “prettiness.” My IE views increased about 26%, much higher than any other browser type. So it seems making that correction was a good move.

Last but not least, at the end of June I FINALLY created my Media Kits! A Media Kit is a snapshot of your stats and demographics to present to brands. I’ve been putting it off and putting it off because it’s so much work to make, but finally I had an opportunity with a brand where I really needed it. So I sucked it up and spent nearly a whole day on making one. Two, actually. One for each blog. And now that the template is finished, I can just update my stats once in a while. In the last few days since I’ve finished my Media Kit, I’ve had two other opportunities to present it to brands (aside from the big opportunity – more on that later if it happens) so I’m certainly glad I finally finished it and like always, which I had done it a lot sooner.

Google Adsense
Lijit – I finally reached the payout threshold but haven’t had a chance to switch out my ads yet. I will be switching my Lijit ads on BFT to Media.net ads to see if they net a higher payout. Will probably do this August 1 so I can track it for a full month.
Media.net

Amazon
Share-a-Sale
Commission Junction
Pepperjam
ShopSense
Skimlinks
ProGrids – Removed ProGrids at the end of June and replaced it with a targeted Disney products widget through ShopSense. Curious to see if it performs better than ProGrids during July.)

– My resources pages. No, for real this time.

That’s it for June! Looking forward to whatever July has in store for me. I hope you all have a great month!