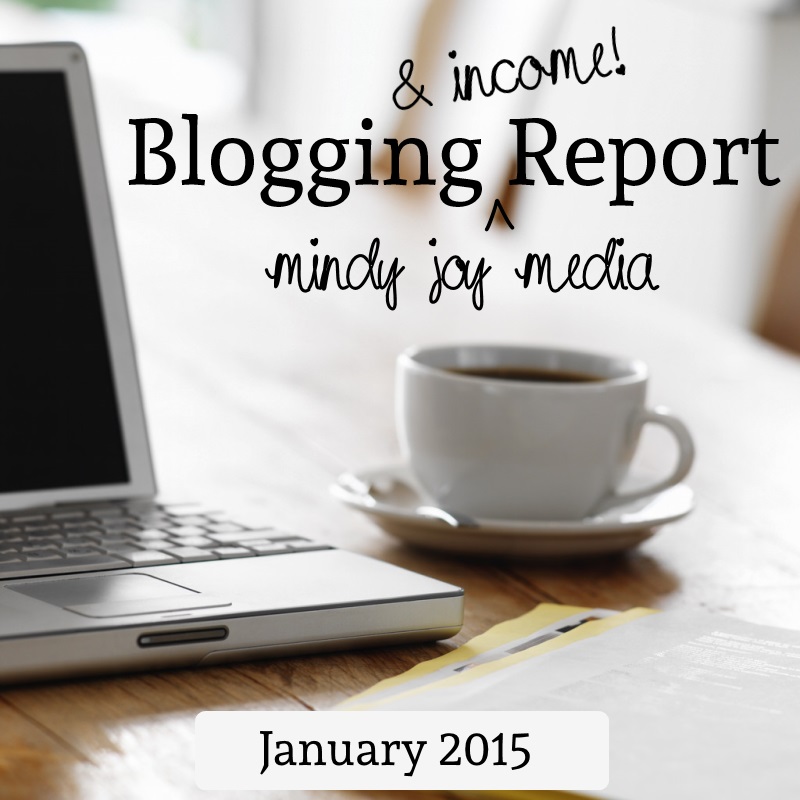 Hello! I’m getting my report in just under the wire, huh? Remember at the end of January, when I said I would get my January report done at the beginning of February? That was adorable. Here it is, the end of February, and I’ve been avoiding this report the same way I avoid brussel sprouts (I don’t care how much butter and garlic they are sautéed in, they are NOT GOOD). Why have I been putting it off? Well, the truth is, I’m SCARED. I’m scared and a little nervous and a little embarrassed even, to start really putting myself out there as far as sharing my numbers and my earnings. Some people may say, “Well, if it scares you then don’t do it.” But I feel like my business will never grow if I don’t get out of my comfort zone sometimes. And this is one of those times. I know once I get it done and read back over it, I’ll wonder what I was so worried about!

Starting with my goals from the previous month. I had no specific goals for the month of January, instead I simply mentioned I want to work on growing my email list and revenue for 2015. Simple enough, right? I participated in a couple giveaways that helped boost my list a bit, but I still haven’t bit the bullet on adding a pop-up, something that was reiterated over and over again at Affiliate Summit. So I’m adding that to my goals to get done in March.

Traffic for BFT was really strong in January! Or perhaps the reality is, my traffic was really weak in December, heh. But actually, my unique visitor count is the highest it has been except for October 2014 when I had a post go viral. Except, nothing went viral in January, I just had really great numbers! Hooray!

Hey Mindy, what’s up with your pageviews? 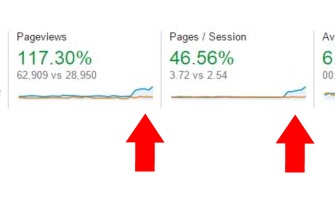 Oooh, you noticed that, did you? At the end of January, I joined a new ad network called PadSquad that does two things – it creates a beautiful mobile theme, and also monetizes your site (more on that later in the post and in February’s report). However, it does cause my mobile pageviews to “inflate” because it counts page views in a different way. So at the end of January, and you’ll see in February and beyond, my page views seemed to have soared. It looks good on paper but it’s not entirely accurate … however, I love PadSquad so much that I’m not going to fret about it too much. I just need to shift my thinking, and focus more on my unique visitor number and not on pageviews.

For 2015, I am going to stop sharing a screenshot of my referral sources unless something super interesting happens. But I’ll still mention my top 5 traffic sources, which for BFT in January were Google, Pinterest, direct, Facebook, and Feedburner (email list).

January was also very good to me on IBD, and I had my best unique visitor count yet, at 44,899 (almost to 50k, a big milestone number, yikes)!! You’ll notice the same pageview increase towards the end of January here. You’ll also see that, like BFT, the blue line is pretty steady, which means I didn’t have anything go viral; I just had a really steady and solid month! Exciting!

For BFT I did a little experimenting with my sidebar in January. I want to clean up my sidebar a bit but it’s tough to know what people are clicking on and what’s just taking up space. So on January 1 I added a bit.ly tracking link to two sidebar images – my “Considering a Disneyland Wedding?” image, and right below it my “Budget Fairy Tale Travel” image (my vacation planning site). I forgot to check the results at the end of January, but now at the end of February I can see that nearly 50 people clicked the Disneyland image, and nearly 20 clicked the travel image. Honestly, I wasn’t sure what to expect but it seems a little low. However, I do see that people are still coming to my site looking for info about Disneyland weddings. What I will probably do is keep the Disneyland image but make it a little smaller, and I’ll probably remove the travel image since it’s not really being utilized.

Also for BFT, on January 15 I signed up with new ad company, Riot. They required their banner ads be “above the fold,” so I replaced my top leaderboard ad with a Riot ad, and put a Riot ad at the very top of my sidebar. What I noticed right away was the Riot ad was HUGE. It took up 250 pixels of vertical space, pushing my content way down. I was not happy with the way it looked but I figured I would try it for 30 or 60 days to gauge results. Unfortunately, on January 23 I started receiving email notifications from my host, HostGator, that I was abusing CPU resources (aka, my blog was a resource hog). I started testing multiple things … I updated my plugins, I removed plugins, I removed various coding, then I removed the codes for the Riot ads – and my CPU resources returned to normal. So, ultimately, it won’t matter what revenue was involved with Riot ads … if they cause my site to implode, I can’t use them. After removing the Riot ads, I put my usual Google Ads back in their places.

As mentioned earlier, for both sites I implemented PadSquad on January 27. PadSquad is an ad network that creates a mobile-friendly layout for your site, and also monetizes your site with well-placed ads and pop-ups. I’m REALLY happy with PadSquad and kicking myself for not joining sooner. Even though my theme is mobile responsive, the PadSquad layout just looks so much better and cleaner. 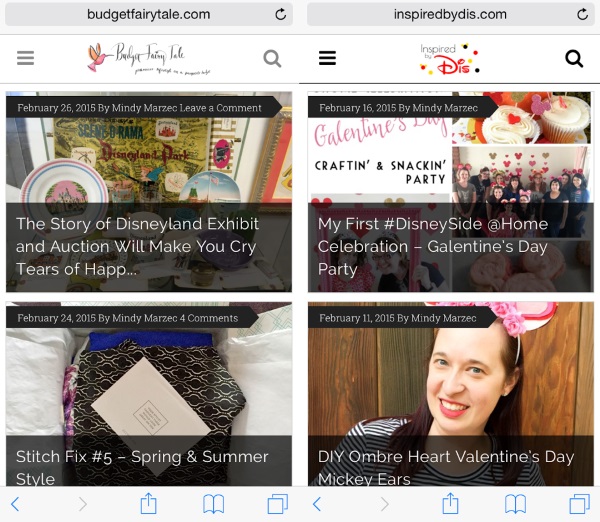 I’m thinking about writing an entire post all about PadSquad and how much I love it, if anyone is interested in learning more. And in February’s report I will talk more about the monetization since that will mark one full month of using PadSquad.

Speaking of monetizing, here we go! My first income report. I may experiment with my reporting a little bit, as there’s a lot of different ways I monetize and I’m afraid it’s going to get complicated and confusing. For now, I’m going to list the earnings by network, and then list the brands/shops in parenthesis. If I didn’t make any money through a specific affiliate channel, I will leave it off the list (all those zeros could get depressing)! I’m not sure this is the best way, but we’ll give it a go and see what happens.

That’s enough to buy about 45 Disneyland churros! (Because I’m motivated by food, y’all.)

In March I want to experiment with some new ways for growing my email list. Some of my blogger friends have had success with a pop up, which makes me nervous! But I just need to bite the bullet and try it. I’m worried readers won’t like it, but I guess I won’t know for sure until I try.