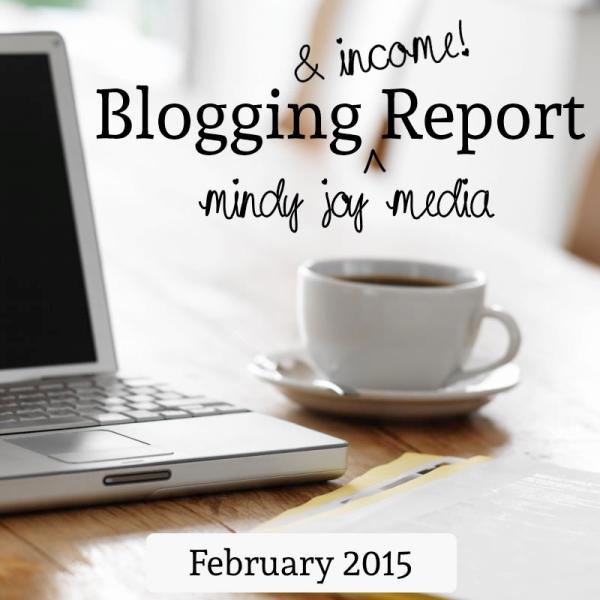 Hello! My February report is being posted a little later than I wanted but hey, at least it’s not the last day of the month, right? Thank you to so many of you who told me positive things about my first income report – I appreciate it more than you know! My goal is to always share helpful content and information. I know most of you are here to see wedding posts, but I like to share posts about blogging and business too. I am loving this life I lead but I want to show you that it’s not easy to make money from blogging …. it takes a lot of dedication and commitment to make a website grow. But if I can do it (slowly), you can do it, too!

So with that, let’s jump right into my Blogging and Income Report for February 2015.

Starting with my goals from the previous month. I wrote my January report at the end of February, so it was a little too late to make any February goals! To be honest, February was a bit of a bad month for me personally. I found myself in a little bit of a depressive slump, and it showed in my work quality and my stats. It’s okay, it happens. March is turning out to be much better for me all around!

My numbers are slightly down for February here on Budget Fairy Tale. Not too bad; if you look at the comparison line it’s pretty evenly up/down. My page views exploded due to installing PadSquad, which you can read about in January’s report.

I had a really strong decline on Inspired By Dis and I can’t really put my finger on why. I had fewer posts than usual and my last post in February was on 2/19, but I don’t understand that drastic drop at the beginning of the month. Up until 2/16, every single day my stats were lower than the prior month. Oh well … just one of those months, I guess. I had a great January so perhaps things are just evening out.

Nothing shocking in my referral sources. Top 5 were Google, Pinterest, Direct, Feedburner/Pinterest, and old URL traffic.

On Valentine’s Day I threw my first #DisneySide @ Home Celebration party, and the prep took up a lot of my time. I don’t do a lot of entertaining so I wanted it to be really fun for everyone. It cut into my posting time, and I’ll be honest, I was pretty wiped out for a couple days after! I didn’t really do anything “extra” for my blog in February, due to the party taking up a lot of my time and some other personal things going on.

Here’s what I earned in February. I list the earnings by network, and then state the specific brands/shops in parenthesis. If I didn’t make any money through a specific affiliate channel, I will leave it off the list (all those zeros could get depressing)!

I earned $245 for sponsored content this month (includes blog and social media campaigns).

That’s enough to buy about 116 Disneyland churros! (Because I’m motivated by food, y’all.) You’ll see I boosted my revenue considerably compared to January, mostly due to Padsquad and sponsored campaigns. I don’t anticipate such a large jump for March, in fact it’s looking like I’ll be down for March. But that’s how it goes … there will ALWAYS be ups and downs with blogging revenue!

In January’s report I mentioned I wanted to experiment with some new ways for growing my email list. I’ve already started working on that! More information & results in next month’s report.