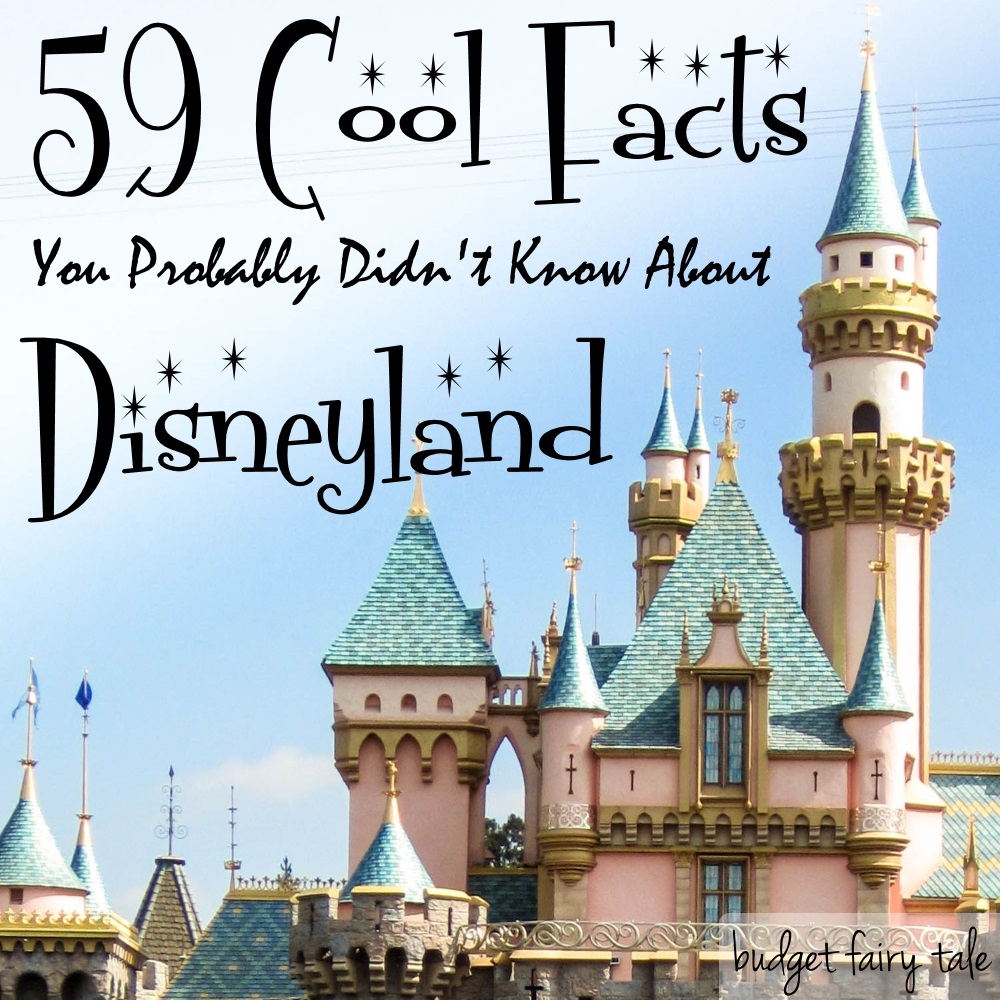 To celebrate I’ve compiled a list of 59 cool facts about Disneyland you probably didn’t know (and a couple about Disney California Adventure, too). Now if you’re a die hard Disneyland Resort fan then you probably are already familiar with most of these. But some might surprise and even shock the casual Disney lover, and even I, the Disneyland guru that I am, learned a thing or two during my research! On the subject of research, I obtained all of these tidbits from books I own, straight from Cast Members, and seemingly reliable sources on the Internet. I sourced each fact (in parenthesis) because it drives me crazy when I read articles that are all like “A GAZILLION AMAZING THINGS YOU DIDN’T KNOW” and there’s no sourcing! How do I know they didn’t just make all of it up? I would never do that to you, friends. So I hope you can use some of these facts to impress your friends the next time you’re visiting The Disneyland Resort, or maybe just when you’re hanging out in general. I know my friends, and especially Mr. BFT, just LOVE when I spout random Disney trivia over lunch.

Remember to follow along on the Disneyland Twitter account (@Disneyland) using the hashtag #Disneyland60 to learn all about the exciting things planned for next year, which will be Disneyland’s diamond anniversary! The big announcement will be at 10am Pacific.

How are you celebrating Disneyland’s 59th anniversary today?

Book sources (affiliate links):
(1) Walt Disney Imagineering: A Behind the Dreams Look at Making the Magic
(2) Walt Disney: The Triumph of the American Imagination